Eleven years and twenty-one films, the Marvel Cinematic Universe culminates in its most ambitious and affecting swansong- Avengers: Endgame and keeps breaking all the previous box office records, in the domestic and International market. The film collected jaw-dropping  $ 357 million at the domestic box office, and  $ 843 million in the international market on its opening weekend. This weekend, the Iron-man would snap his finger to cross $2B worldwide threshold.

If you haven’t seen the film, buy the ticket for the latest show and do not read it until you have seen the protruding belly of Thor and Hulk clicking selfies for his fans. And remember, even if Ant-man looks small, he is a superhero as well.

Q – In both Infinity War and Endgame, Earth’s Mightiest Heroes struggle to remove the Infinity Gauntlet from Thanos’ hand so why not just chop his arms off as Thor did and stop him from using it altogether? After all, surely Doctor Strange could have used his powers to do so?

Joe Russo – “Thanos’ skin is almost impenetrable, we don’t know whether Doctor Strange had the capability to do it. If he failed to cut it on time, Thanos would still able to do the snap. Doctor Strange realized this issue during his millions of test runs.”

Q – There’s been some confusion about whether returning the Soul Stone to Vormir will resurrect the person who sacrificed themselves. While that’s not possible for Gamora, there’s been some speculation that Black Widow will return, especially as she has a solo film arriving in theatres next year. 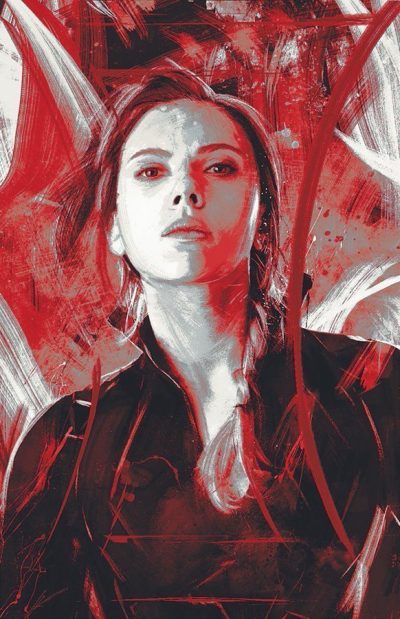 Joe Russo – “[The] process is irreversible. Even if you have returned it to its original location, you wouldn’t be able to get the person back. In fact, it’s not really returning the stone, more like put it back properly. The tribute soul for the soul stone will forever be sealed in that place, therefore Black Widow is gone forever.”

Q – When it comes to making the ultimate sacrifice to stop Thanos, it’s Iron Man who manages to wield the power of the Infinity Stones as he turns the Mad Titan and his entire army to ash.  The question is, why was Tony Stark the one chosen by the Russo Brothers to take the fall?

Joe Russo – “Thor in this movie couldn’t do it, only Hulk was strong enough to do the snap without dying. We are still not sure whether Captain Marvel can also withstand all the power of Infinity Stones at once. The reason we choose to let Iron Man do it, in the end, was because he was the closest one to Thanos at the time. In all the futures Doctor Strange foresee, Iron Man was the only one who could get close to Thanos and do the snap. People usually think the death of a hero is a horrible tragedy. But we think this is different. When his death was able to bring back hope, to save half of the universe, then his death was powerful and meaningful. We shouldn’t feel too sad or angry about it.”

Who is Tony Stark?

On Captain America, and Steve Rogers dancing With Peggy Carter

Q – Avengers: Endgame wraps up with Steve Rogers finally sharing a dance with Peggy Carter, and it appears as if that takes place during World War II. We know that she ultimately gets married to someone who isn’t Steve, though, so what exactly does that mean?

Joe Russo – “We can’t answer it for now. This is a story that happened in an alternate reality. Maybe it will be revealed in the future.”

Q – So, if Steve Rogers ended up in a new timeline, that must mean there was another Captain America in that world who either stayed in the ice or was still discovered by S.H.I.E.L.D. in 2011 while our Cap grew old. However, it’s hard to believe he remained inactive during that time.

Joe Russo – “To me, CA’s action, in the end, wasn’t the fact he wanted to change anything, it’s more like he has made a choice. He chose to go back to the past and lived with the one he loved for the rest of his life. The time travel in this movie created an alternate reality. He lived a completely different life in that world. We don’t know how exactly his life turned out, but I’d like to believe he still helped many others when they were needed in that world.

“Yes, there were two CA in that reality, it’s just like what Hulk said, what happened in the past has already happened. If you go back to the past, you simply created a new reality. The characters in this movie created a new timeline when they went back to the past, but it had no effect on the prime universe. What happened in the past 22 movies was still canon.”

Q- The Red Skull appeared in both Avengers: Infinity War and Avengers: Endgame, but we never got to see the former HYDRA leader interact with Captain America and that’s disappointed many fans. The question is, when Steve Rogers travelled back in time, did he finally comes face to face with his old foe?

Joe Russo – “Red Skull would probably put the soul stone back to its location, and wait for the next unfortunate stone seeker to make a sacrifice. Cap and Red Skull probably won’t fight. It’s because it’s his mission to return the stone to its original place. The Red Skull is also no longer the same Red Skull from FA. He is more like a ghost, you could almost say he’s a completely different entity now. He only exists to guard the stone, his past conscious may or may not exist anymore.” 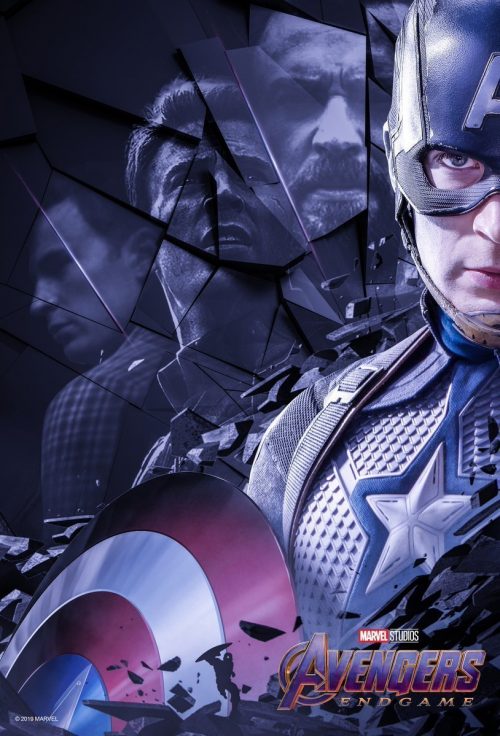 On Thanos bringing his Army into  the Future

Q – Thanos may have got his hands on Nebula’s Pym Particles, but how did the Mad Titan figure out how to use them and then transport both himself and his entire army into the future?

Joe Russo – “There is a guy called Maw in his army, he was a great wizard. Thanos himself was a brilliant genius as well. Those two easily reverse engineered and mass-produced Pym Particles.”

Q – Thanos used the Time Stone to undo The Vision’s death at the hands of the Scarlet Witch, so why couldn’t The Avengers bring back Iron Man?

Joe Russo – “It’s because even if you save Iron Man, it will still not change the fact that Thanos will eventually win the war. “Among the 14 million possibilities that Doctor Strange has seen, Iron Man’s sacrifice is a must for that one win scenario.”

Q – The five-year time-jump isn’t undone at the end of Avengers: Endgame so what does that mean for the characters who weren’t dusted? Are half the people Peter Parker went to school with now five years his senior?

Joe Russo – “Yes, those people that were lucky to survive the snap are 5 years older than the people who just got back. The reason Spider-Man saw his friend again in high school at the end was simply that his friends were unfortunately also dusted like Spider-Man was. Of course, there are people in his grade who didn’t die and they are probably already in colleges by now.

“To those dusted people, they had no conscious in these past 5 years. They didn’t know what happened. It’s as if they had just woke up from a long sleep. The only one who was aware of how many years has passed was Doctor Strange because he has already seen that when he was time mediating on Titan. Parker’s reunion with Ned was a touching moment. There are also people who indeed moved on but suddenly was reunited with their lost ones. Yeah, it’s kinda complicated world now.”

On Easter Egg at the end of the credits

Q – Avengers: Endgame didn’t feature any post-credits scenes but if you stayed right to the end of the credits, you would have heard the noise of Iron Man creating his armour way back in the 2008 movie. Was that just a tribute or a way of teasing his return?

Joe Russo – “It was our way to say goodbye to him.”

On Black Widow not getting a funeral

Q – Everyone came together for Iron Man’s funeral but where was Black Widow’s sendoff?

Joe Russo – “Did you forget when the heroes were mourning for her after when they returned from the past? Maybe her funeral happened off screen. Maybe it will be shown in future instalment because there are still tons of stories in MCU that are waiting to be told.”

AVENGERS: ENDGAME [2019] REVIEW – A FITTING FINALE AND A POIGNANT FAREWELL FOR THE SUPERHEROES

Quentin Tarantino on The Hateful Eight miniseries on Netflix,Star Trek and Django Unchained