If one is to judge the many talents of Donald Grover – Comprising of a director credit, an absolute versatility in acting and the amazing musical identity called Childish Gambino; the bar automatically raises sky high. So when Grover decided to drop his newest passion project Guava Island with a secret screening at this year’s Coachella, everyone was intrigued. Multiple media agencies claimed this 56-minute long film with longtime collaborator Hiro Murai as the next big thing.

Now that the film has hit the streaming platforms, it is easy to say that even though it’s a casually charming collective of ferociously stiched notes, the overall experience that you get out of this half-baked allegory is also half-amusing. While most of the people who follow Grover and Rihanna (who co-stars as Kofi) assumed that this one would be another visual album sans Beyoncé’s fantastic Lemonade; it was surprising to see that it featured full-blown characters and had a presumably written narrative structure. However, most of it serves as a homage to Grover’s latest album where most of his tracks are put into the film for the sake of sounding peppy and others to serve as a critique of contemporary world problems. 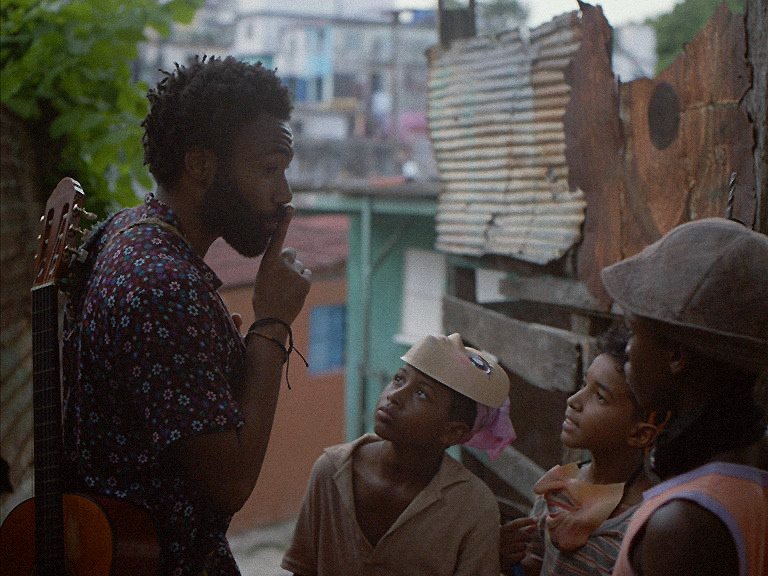 Devising a myth of its own, Guvava Island is about Deni – A struggling musicians whose biggest dream is writing a song that will unite the people of the Island so that they fight against the governing body in the Island. Nonso Anozie (from Game of Thrones) also stars as the antagonist Red Cargo. He is the kind of ruthless guy who would break a guy’s guitar just so the people of the Island don’t ditch his job on a Sunday to attend a festival on Saturday. Meanwhile, Deni has to switch from his morning job at the radio to the one at the yard without even having to change the attire that mostly features him running around in half pants and an unbuttoned shirt.

Kofi – Who has been charmed by Deni after he managed to sing her a song every single night has her own set of personal problems. She seems to be in full support of him organizing a music festival for people of the island, she is a little repressed by Deni’s lying to her about his meeting with Red Cargo who has offered him a lot of money to not have the festival in the first place. The plot of the film seems to be centered around the single line metaphor that – Art unites people more than Fear. However, the central conflict of the film seems to latch onto this very idea for way too long to really sound true to its narrative which is never consistent of its own reasons. 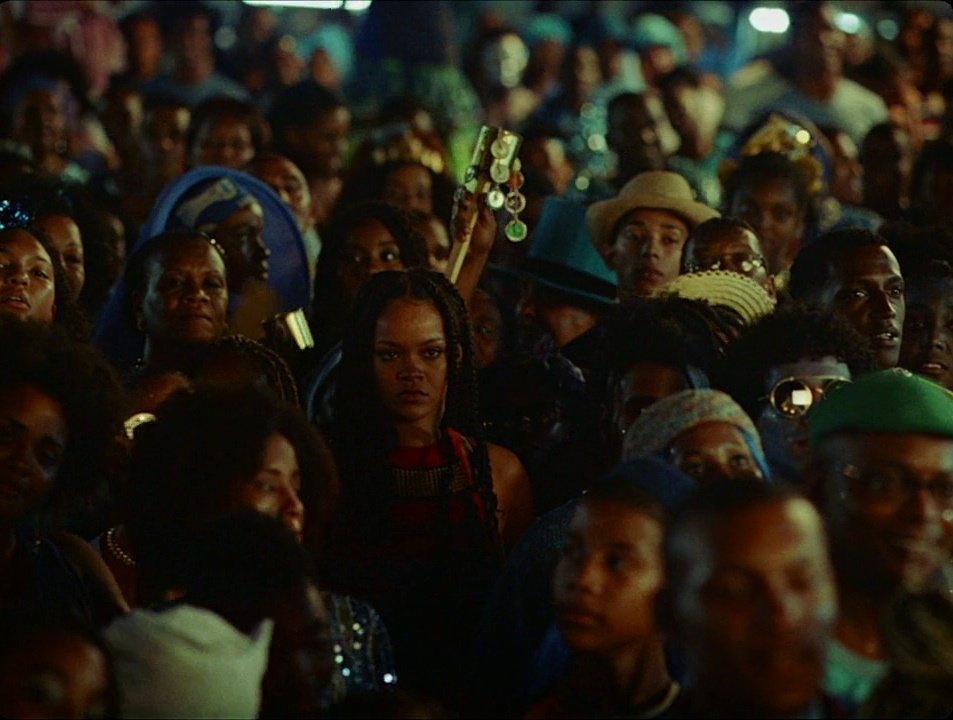 Which is why even when Deni chooses to take his own decisions without finding out what is at stake when it comes to Kofi’s personal life. it doesn’t really come off a morally ambiguous decision on his part. I mean, since the film has such a short runtime and it mostly surfaces around a 2nd hand version or extension of Childish Gambino’s This is America; the film never takes itself or the metaphor it seems to throw around seriously. Thus, the impact of the entire ordeal just hinges on some fantastic cinematography and Grover’s own peppy, weirdly peculiar renditions of his music. Rihanna’s character sets out to change some dynamics but is never given enough weight because the narrative itself is so paper thin.

Guava Island is a by-product of Donald Grover’s long-time collaborators, including Atlanta’s cinematographer Christian Sprenger. Sprenger shoots this little film in 16MM grainy aesthetics giving the summer a kind of timelessness that it needs.  Everything else just messes the overall experience which just becomes symbolic rather than becoming something concrete with an earthy quality. Which is just sad because it has a very important thing to say but never really know how.

Quentin Tarantino on The Hateful Eight miniseries on Netflix,Star Trek and Django Unchained