TIFF is a world-class mecca for introducing an international audience to emerging and established filmmakers. It is a haven for cinephiles, and I was one of the lucky ones who were able to travel there this year to watch glorious new films for a week. I will now proceed to summarize my take on some excellent films I was able to view and experience in a unique medium over the past week. 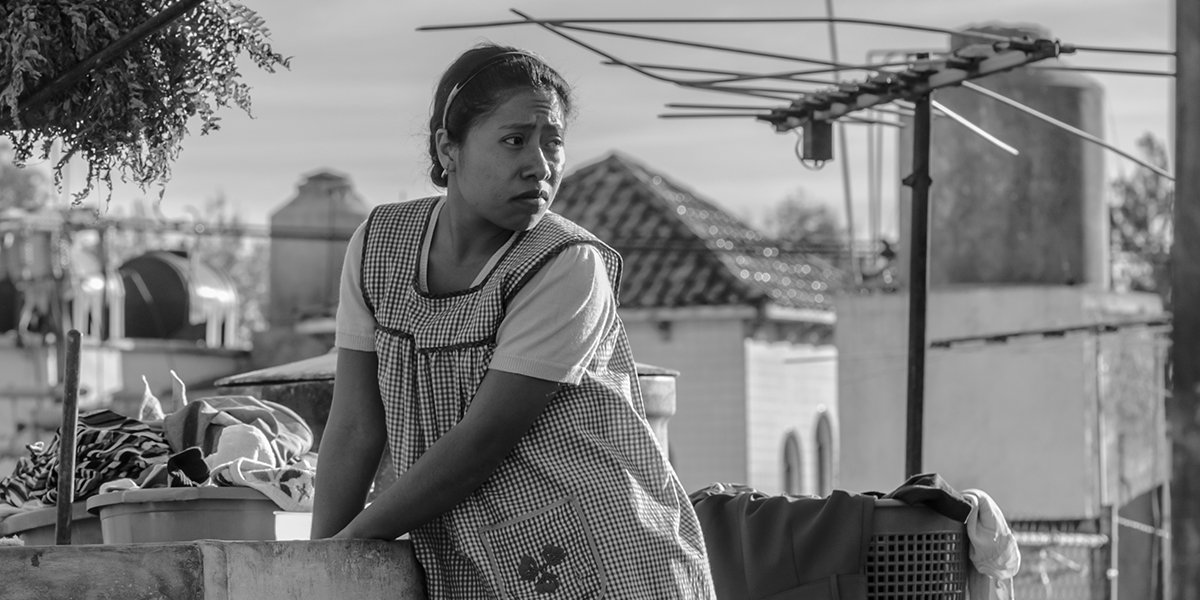 Set in Mexico in the 1970s, it tells the story of Cleo (newcomer Yalitza Aparicio), a domestic servant in the household of a prominent physician. As the story unfolds, we see how the lives of Cleo, fellow servant Adela (Nancy Garcia) and the physician’s wife Sofia (Marina de Tavira) are more similar than different as they navigate through difficult life circumstances to ultimately discover their true sense of self. This tale of female empowerment has some of the most gorgeous black-and-white cinematography I have ever witnessed on screen. I feel that this enhances the emotional gravitas of the film. Netflix is distributing this beautiful work of art, but a necessary theatrical release is in the works as well. 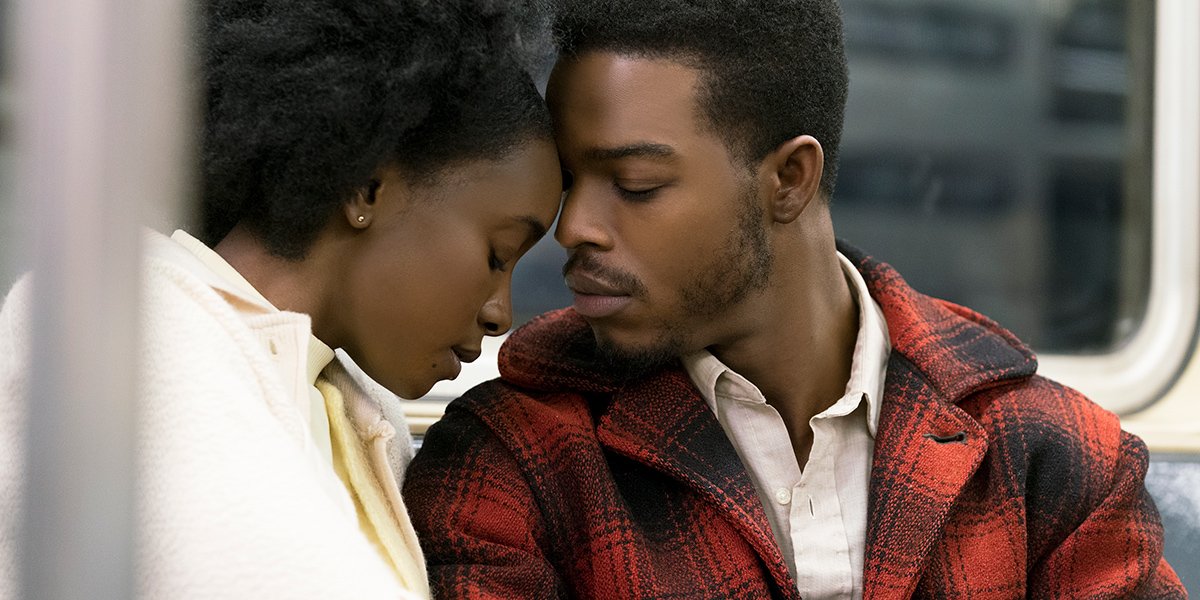 Barry Jenkins has outdone himself again with this film. An adaptation of James Baldwin’s model, it is set in 1970s New York City with young couple Tish (Kiki Layne) and Fonnie (Stephan James). We become aware quite quickly that Fonnie has been imprisoned for a crime he did not commit, and Tish is absolutely invested in time, money, and love to release him. I feel that the non-linear narrative of their beautiful yet trying love story allows for us to become enveloped in their devotion to each other while reinforcing racial prejudices that are unfortunately still quite prevalent today. Furthermore, the sophisticated cinematography, music, and shot-reverse shots are characteristic of Barry Jenkins’ emerging style which will stamp his name as an essential filmmaker for generations to come. 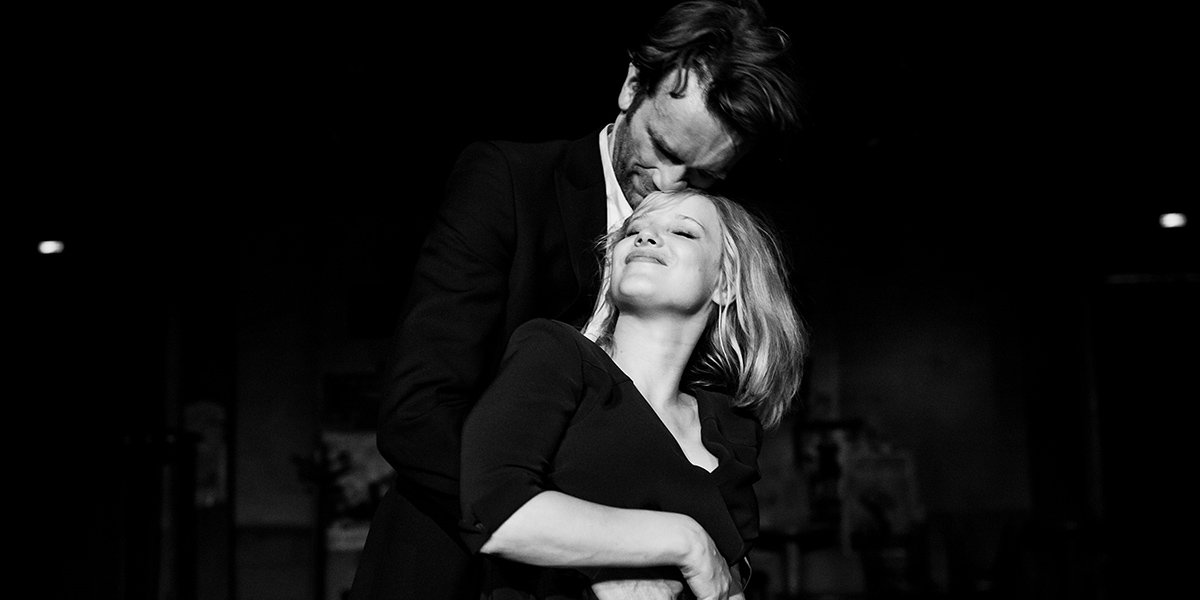 Like ROMA, this film has some of the most gorgeous black and white cinematography I have seen on screen. It is appropriate as the film is set in the early Cold War era of Poland, spanning a period of 15 years. The epicenter of the film tracks the relationship between star-crossed lovers Wiktor (Tomasz Kot) and Zula (Joanna Kulig) through various countries in Europe over this time period. Their character arc and development are never quite symbiotic, creating a sense of bleakness, restlessness, and simultaneously hope due to their deep love for one another. The pace moves quite well, the traditional Eastern European music within the film is stellar, and the screenplay is so very well-constructed. It is evident why Pawlikowski won Best Director at Cannes for this film. 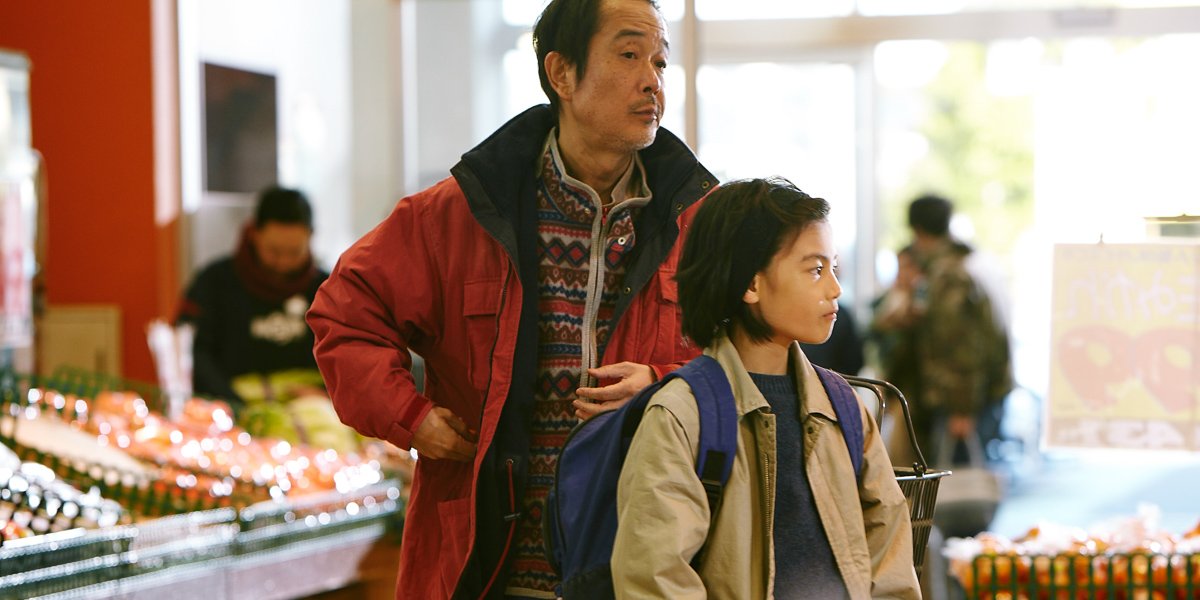 As the winner of Palme d’Or at Cannes, I had high expectations for this film. They were surpassed. The title is quite literal, as the film tells the story of a family of master shoplifters trying to survive in the metropolis of Tokyo. They informally adopt a girl named Yuri (Miyu Sasaki) early in the film who is a victim of child neglect. Themes of abuse, survival, hopelessness, connection, and ultimately family run deep throughout the film which allows us to identify with these group of individuals who on the surface may not seem relatable to us. It also has some very hilarious scenes, as these moments make difficult situations more tolerable and palatable in our everyday lives. 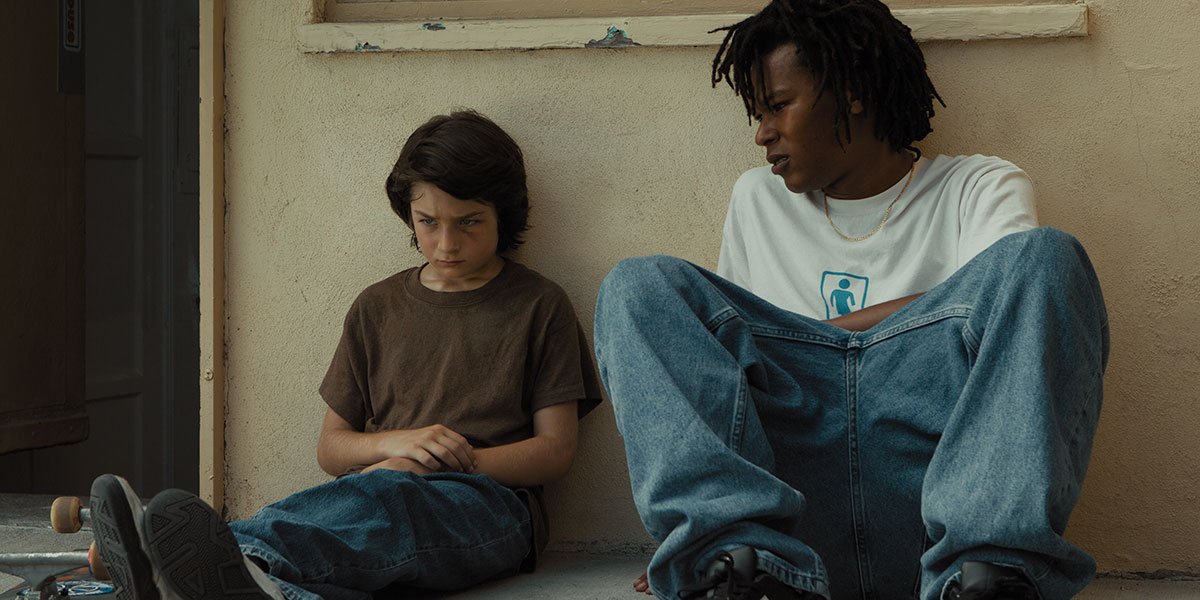 I was pleasantly surprised and overwhelmed by the beauty of this film. Jonah Hill created a refined coming-of-age tale about the skateboarding world of 1995 Los Angeles. Sunny Suljic plays Stevie, a 13-year-old who lives in a single parent home with his mother Dabney (Katherine Waterston) and his abusive brother Ian (Lucas Hedges). He becomes fascinated with skateboarding and subsequently starts hanging around with older, more experienced skateboarders. They coach him through some very awkward moments of teenhood, but also treat him like family. I was very moved by the portrayal of community in this film. As well, the score composed by Trent Reznor and Atticus Ross enhances the weightiness of the film’s subject matter. It was so well-received at TIFF, and I truly hope that this film does well with awards season. 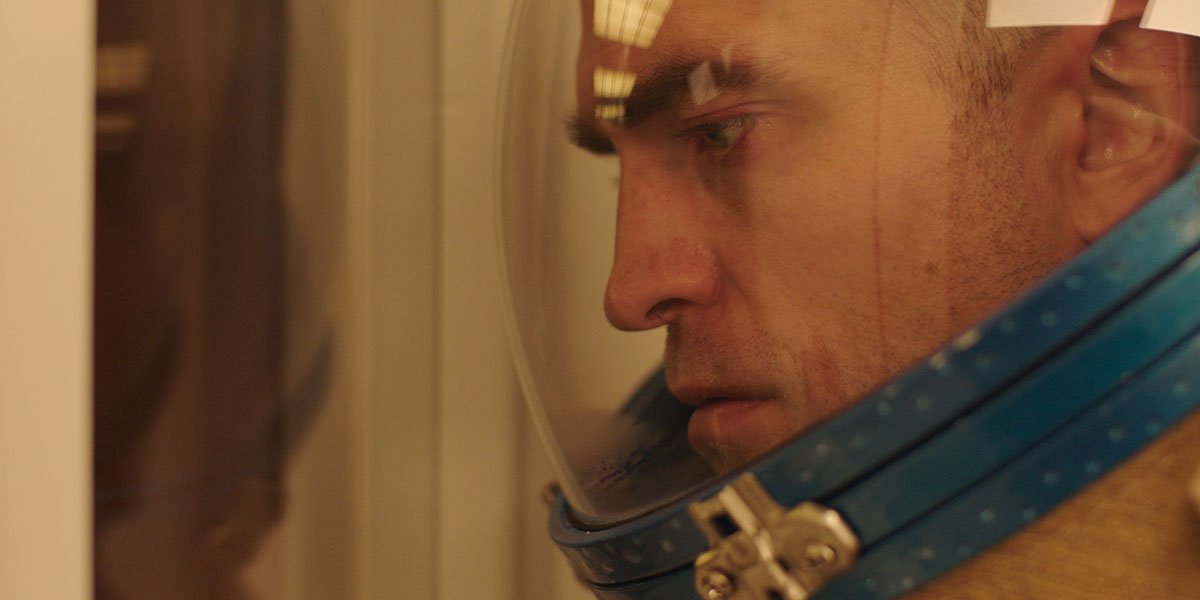 This film was one of my most anticipated as I am a great admirer of Claire Denis’ work. I am also starting to embrace science fiction as a reflection of the best and worst of humanity. This slow burn of a film captures many facets and hardships of humanity in droves. It is unlike any other film in this genre I have seen, exploring themes of criminal punishment, reproductive rights, freedom of sexuality, parenthood, and power dynamics in addition to common sci-fi themes of survival and isolation in the unknown. Robert Pattinson, Juliette Binoche, and the rest of the cast give formidable performances in this seemingly doomed space world created by one of cinema’s most sublimely daring auteurs.

Recommended: The 70 Most Anticipated Films Of 2018 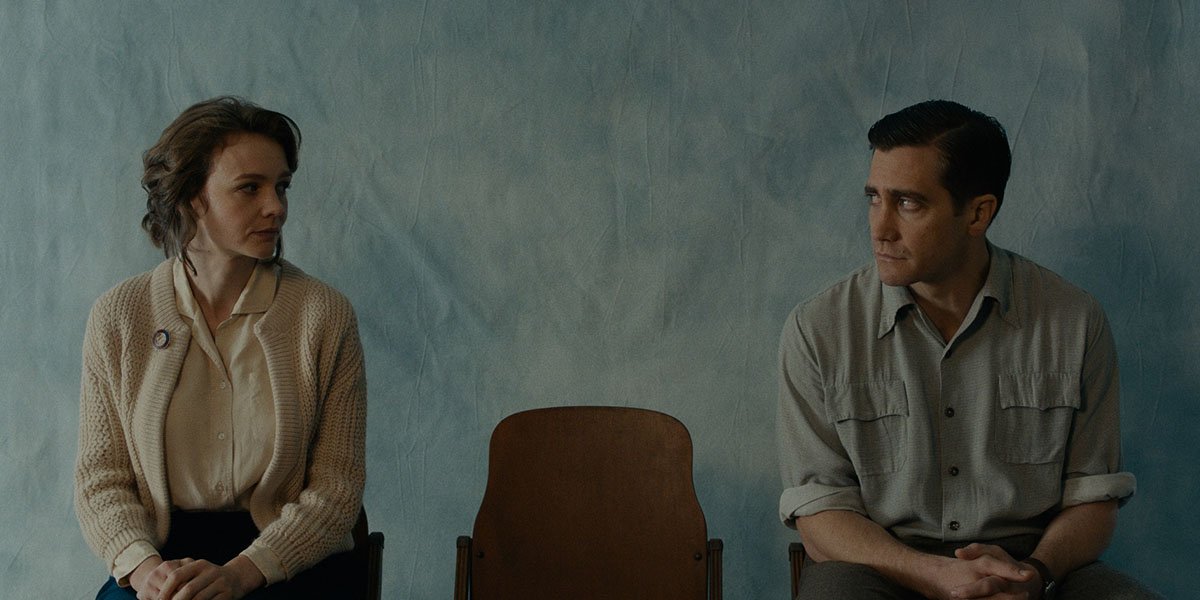 Paul Dano executes a world of perceived 1950’s utopia in this deceptively simple story of one family’s American Dream. Jeanette (Carey Mulligan), Jerry (Jake Gyllenhaal), and son Joe Brinson (Ed Oxenbould) move to Montana during this decade with the hopes of achieving stability and prosperity. The fragility of perfection unveils itself initially through unemployment, then snowballing with other trying life events. Joe’s reality is the epicenter of this story, as his sense of security and understanding of the world is questioned throughout the course of this film. Overall, this film is a tour de force of 2018 cinema in my opinion. Carey Mulligan’s performance conveys such nuanced depth, and I feel that she completely deserves some incredible recognition with the upcoming awards season. 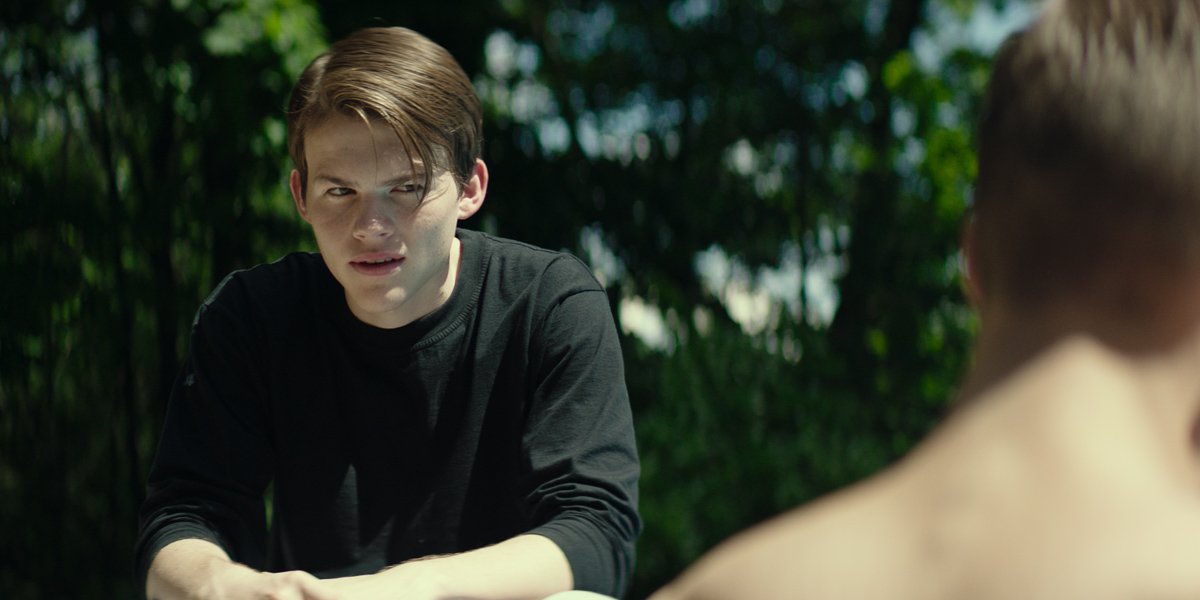 As a Canadian, I made a point to see some homegrown films throughout the festival. This was my favourite of the bunch. It is a coming-of-age story with Franky Winter (Josh Wiggins) at the eye of the storm. As with all teenagers, Franky is starting the process of trying to create a sense of identity. At a house party, he unexpectedly has a sexual experience with his best friend, Ballas (Darren Mann). A flurry of questions unfolds subsequent to this experience revealing truths and surprises about friendships and family. Unlike many films on this specific topic, this story supports a sense of self-paced self-discovery with a quiet yet profound resolution by film’s end. The youthful soundtrack and cinematography, as well as supporting performances by Kyle MacLachlan and Maria Bello, help to cement this film as an essential in this genre. 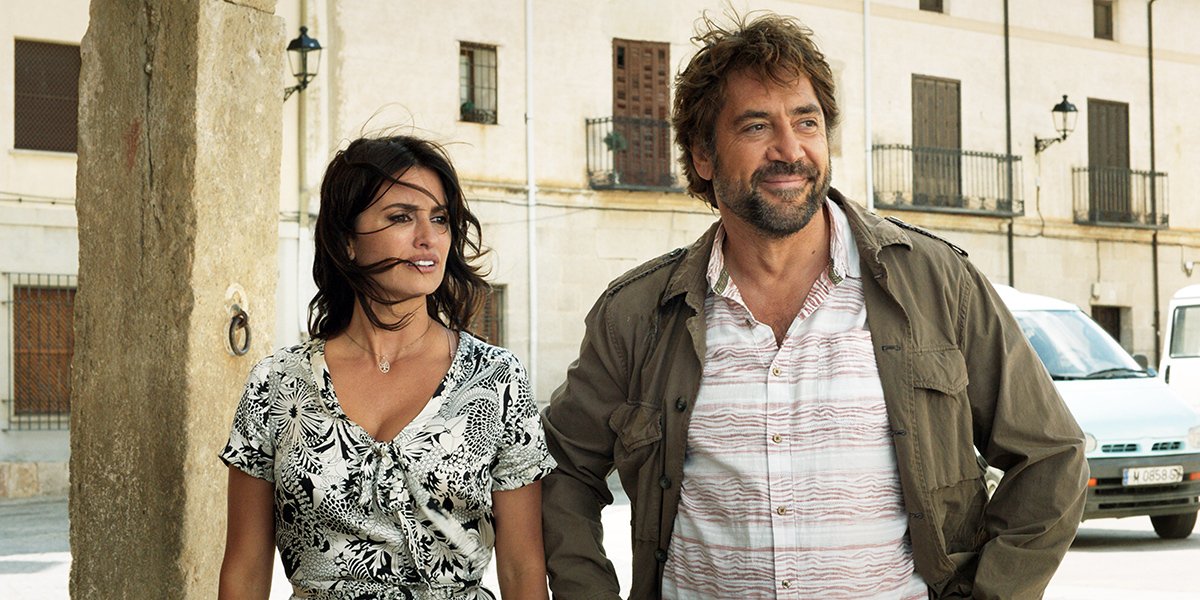 I have been an admirer of Farhadi’s films for quite a while, and it was such a privilege to see this film at the festival with Farhadi, Penelope Cruz, and Javier Bardem in the audience. The story is set outside Madrid in a rural area, with many family members returning to the area for a wedding. One of those is Laura (Penelope Cruz) accompanied by her children. Another individual in attendance is her former partner, Paco (Javier Bardem). In true Farhadi style, a very distressing event happens during the wedding festivities setting a whole range of suspenseful occurrences and emotions into action. Past secrets, the idyllic present, and potential future of this town are placed in jeopardy, typifying small-town life in many ways. While this film is receiving mixed reviews, I found it quite engaging as another strong footprint in Farhadi’s work.

Also by Farhadi: The Salesman [2016] Review: The Ambiguity Of Morality 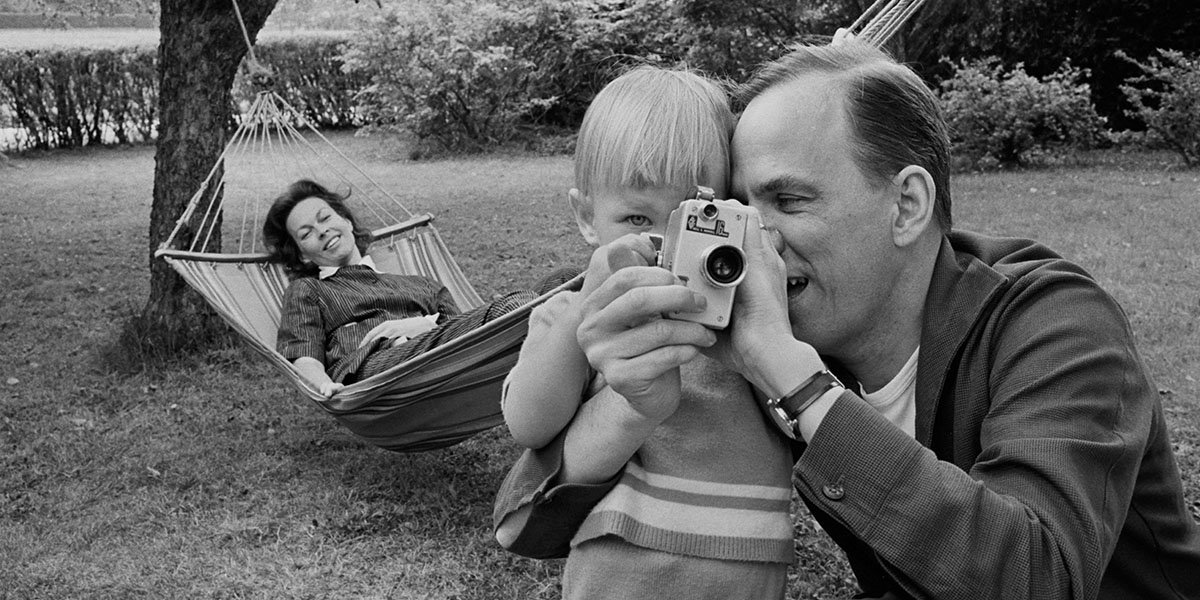 Ingmar Bergman is and will always be my favourite director for his insightful reflections on faith, love, life, death, and his partnership with cinematographer Sven Nykvist that has created some of the most iconic images in film history. It is only fitting that I round out this list with yet another documentary tackling his life and artistry. Esteemed director von Trotta unpacks the impact that Bergman made on cinema through conversations with directors, family members, actors, historians, as well as behind the scenes footage of his filmmaking process. A timeline on Bergman’s life unfolds on screen with some emphasis placed on his time in Germany with which I was not quite familiar. There are many film clips highlighting many themes in his work in the documentary, and it is always a joy to revisit these pieces of cinematic gold. This is my fourth Bergman documentary I have seen, but it is a strong and essential complement to those already created.

Mandy [2018]: A Phantasmagoric Journey Filled With Vengeance & Laced With Fire