Watching award-winning Malayalam filmmaker Sanal Kumar Sasidharan’s newest film is both an enlightening sensory experience and an absolutely unnerving one.  The abstractness might just fumigate festival audiences. But people willing to look beyond the conventional would be bowled out. Death Of Insane (Unmadiyude Maranam) is an angry film that comes from a very personal space. It never wishes to follow the traditional laws because that’s exactly what it wants to condemn.

Not many people remember Sasidharan’s “Sexy Durga.” IFFI Goa rejected to screen the film on the very basis of a volatile title that would raise questions. The title became ‘S Durga’ but nothing much changed about its fate. The moral policing went deeper as the director was harassed numerous times. Having made a film whose title left butthurt people regressing artistic freedom, Sasidharan kept all his anger inside. Now that the super-meta, Death Of Insane is out; the director seems to have painted his aggression out in a dystopian fantasy that relics the facade of moral policing giving instances right from cultural history to contemporary acts of idiocy – Both by general public and authorities.

The film opens in a world that is pretty similar to ours but no one is allowed to really dream anymore. The only person who has the guts to do so has been deemed insane. The film depressingly investigates how dreamers – Equated to people who create art, are repressed to such an extent that they are scared of dreaming. Sasidharan makes the case even more real and horrifying by putting in snippets of nationwide cases of lynching. He makes his anger pretty clear when we randomly see the actors and director of S Durga protesting against the ban imposed on them. 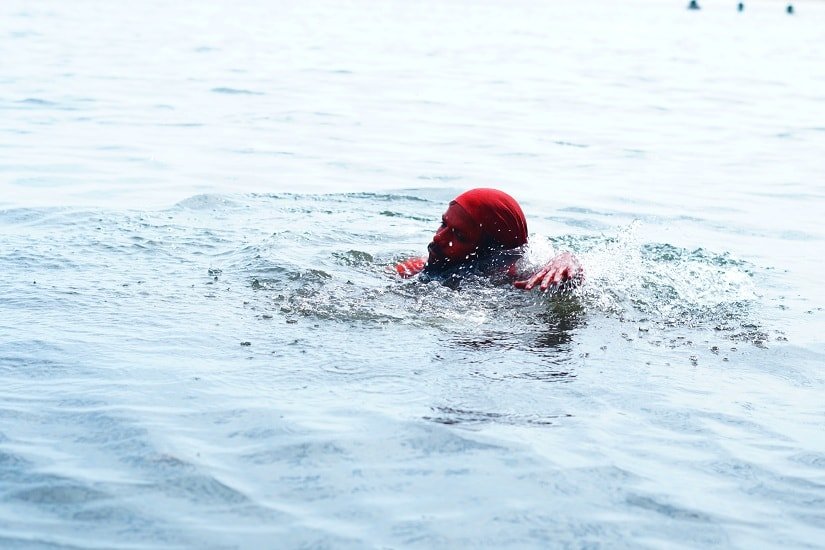 The film features a floating man in deep sleep – Signifying the peaceful state of artists/creators. The director criticizes conventions from the first frame. The words “Thank God” and “Vande Mataram” appear in quick succession. The film then plunged into a head-on sensory experience that can all seem abstract and out of context but is really withheld with a tight, gut-wrenching portrayal of the times we live in. The dreams that are dreamt in the world that Death of Insane is set in are automatically noted as anti-national. Hence, the film in more ways than one is an indirect representation of the death of honest cinema itself.

Sasidharan uses montages instead of a cohesive narrative and monologues instead of dialogues to vent out his frustration with the traumatic experience he had with his last feature film. Wherein his film was banished from the festival circuit in spite of him being a notable filmmaker down south. The film features archival footage taken from old and new incidents involving rapes, sexual harassment, forced patriotic campaigns and other activities that involve moral policing on the grounds of literally nothing at all.

One of my favorite scenes involves a person peddling a ‘dream’ (which in this case represents a ‘banned film’) only to be beaten to death by police officials as some of them get drunk and sing loud songs in the room nearby. It’s a horrific scene that should boil everyone’s blood who has ever wanted to represent their own creativity in front of people. This is a film that has a lot of things to say – Some of which land well, while some don’t. Not taking away anything from a film that can’t be criticized for being too random or/and too abstract but there are times when Sasidharan’s film gets in a mode that uses a green screen and special effects to show the ends of the other side of artistic creation and death – Only to lose track of the many issues it wants to raise.

While the film talks about the Death of Cinema, there’s a universal optimism that lies on the cusp of an end that came a long long time ago. And since Sasidharan’s Death of Insane is about yesterday- This bold, gut-wrenching film has to become more relevant tomorrow and the day after. Dreamers can be killed but the dream of creation will always be universal and as long as storytelling exists there’s no one who can kill it.

Death of an Insane was Screened at the 14th Habitat Film Festival.
Click Here to See Our Complete Coverage.

Why should the Marathi movie Halal be on your watch-list?