Whenever I have the chance to watch a short film, especially a very well made one like Delphine (2019), I am left with two resonating feelings: a deep appreciation for the director’s ability of telling a story in a matter of minutes, and a wish that the film was just a little bit longer. And after the credits of Delphine rolled, those two feelings were there and were stronger than ever.

Chloe Robichaud’s latest effort is a fourteen minutes long film about many things, but primarily it is the tale of two girls whose lives intersect at two random points in their lives, and a study of how different they are at both points.

Nicole is a Lebanese-Canadian immigrant who lives with her mother and one day meets Delphine on the bus, glimpses is a more accurate word, really, and creates a certain judgment of her in her head that is best described as precocious. 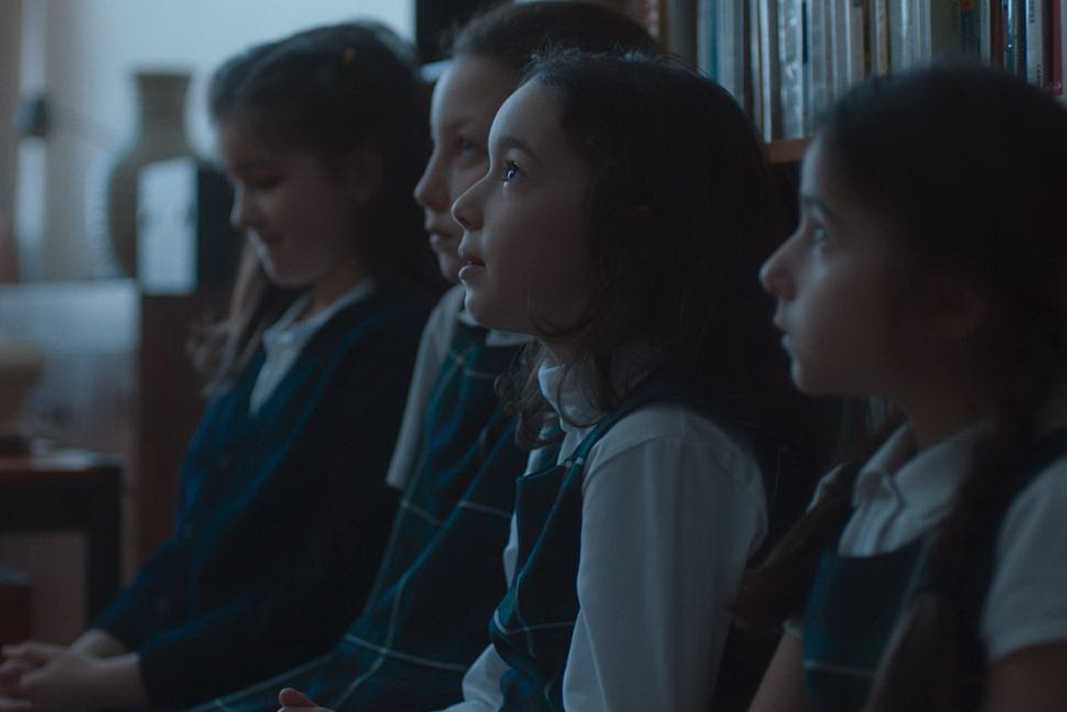 When they encounter again at the age of sixteen, it is not in the comfort of the private school, but in the harsh environment of the public school, where Nicole is a quiet introvert, and Delphine is a not-so-quiet sort-of introvert who faces violence with equal amounts of the same violence, and just like when they were little, their only interaction is a quick look in the eyes.

In the short runtime Delphine allows itself, it treats many themes profoundly and explores the characters’ tales in a brief but satisfying manner. Themes of family warmth, of childhood purity and childhood mischief (for lack of a better word), of the human desire to reach out and of the human need to stay away, and in its second half it looks at the same themes but from a slightly more mature point of view, and concludes that these notions are universal and uncaring of the tides of time.

[Watch] The Sky Is Pink Trailer: A rom-com with a cutesy villainous twist

Ibrahim: A Fate To Define [2019] 'TIFF' Review: Was it a storm or was it an axe that brought the tree down?