A few weeks ago, I found out about Eadweard, a biopic made on the life of Eadweard Muybridge, released in the US in February 2o15. Kyle Rideout directed ‘Eadweard’ and Michael Eklund portrayed the man. Before you get your hands on a copy of Eadweard, it is important that you should know who Eadweard was.

Calling him a pioneer of Cinema would be unfair because pioneer is a very contemporary term when put against an inventor. Muybridge was the man who invented movies. I won’t think twice before declaring that most of the people reading this article have no idea about the significance of Eadweard Muybridge in cinema; actually not really cinema but the very idea of motion pictures. It is perfectly alright to not know anything about this incredible ancient man who was born 185 years ago Eadweard, but if you are a film buff, you mustn’t be unaware.

He was an English photographer who pioneered the study of Motion Pictures using photographs. Muybridge is known for his pioneering work on animal locomotion and used multiple cameras to capture motion in stop-motion photographs. 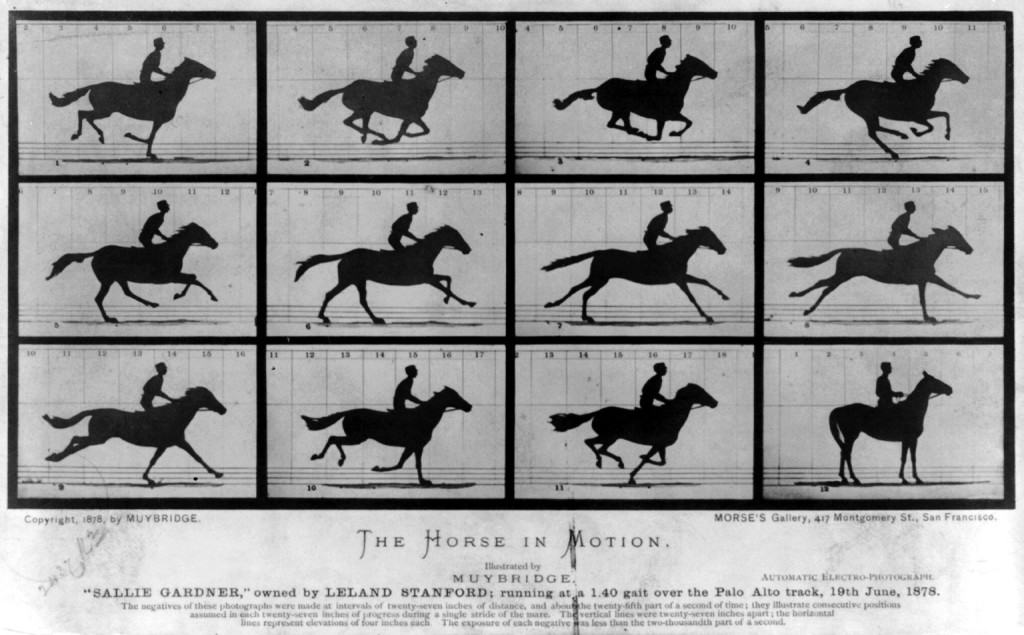 Sallie Gardner at a Gallop was the first step in film development. It was followed by more such experiments by people like Thomas Edison who during the late 188os invented the Kinetoscope, which we can call a precursor to movie Camera.

It was made 136 years ago but its significance cannot be ignored. When you will come across a movie tribute video and the first shot will be of a man riding a horse and you will yell “Hey that’s Sallie Gardner at a Gallop”. Trust me, that’s a feeling like none other.