WARNING: Endgame SPOILERS AND CRITIC SNOBBERY AHEAD! Also, Deaths in Blockbusters are discussed.

I decided I didn’t need to see Avengers 4: Infinity War 2 once I finished the first of this two-part film last year. As I expected, I had organized to see it with some friends, spent full-price on a ticket, drove to the cinema, and watched what ended up being a feature-length half-film.


Infinity War SPOILERS AHOY
Once half of the galaxy’s sentient beings have vanished to dust, including many of our heroes Scarlet Witch, Mantis, Groot, Nick Fury, and the brand new Spider-man iteration, I thought “They’ll all come back in this film’s second part, scheduled for release next year. Especially Tom Holland’s Spider-man. They’re contractually obligated to.” And I was right.

Also, Read  – AVENGERS: ENDGAME [2019] REVIEW – A FITTING FINALE AND A POIGNANT FAREWELL FOR THE SUPERHEROES

What should be a dramatically and emotionally heavy moment for this series was completely alleviated. The magic of time-travel can reverse the effects of genocide, so why even bother with an emotional reaction? But it was quite crafty of Marvel Studios to create one story for a film lasting 330 minutes and split it up into two films so that the paying audience can pay twice the cost for one story. No need for brevity. Gone are the days of Roger Corman and his scissors of concision.


Now the Star Wars films are aping this same method of making sure the beloved characters aren’t gone until the actor’s contract comes to an end. The Episode 9: Rise of the Skywalker teaser trailer ends with the voiceover claim “no-one’s ever really gone”, before the menacing cackle of Emperor Palpatine (remember him?!) is heard.

Star Wars has been privy to this in recent times. The original trilogy stuck with its deaths, namely the surprising one of Obi-Wan and the sad eventual demise of Yoda, but nonetheless they would still show up in spirit, Obi-wan famously telling Luke to “use the force”, and the two of them were joined by Anakin in spirit form at the end of Return of the Jedi. It was simultaneously a nod to fan service, but more essentially a gateway to the more spiritual side of Star Wars.


But in this “no one’s ever really gone” era, any character’s shocking death can be nullified by their magical resurrection. Darth Maul was apparently cut in half and fell down a long tunnel in Episode 1: The Phantom Menace, but in Solo, he shows up as if nothing happened, for the fan service. I can’t wait for his standalone film!

Recommended Read after Deaths in Blockbusters – WHO IS TONY STARK?

Now the same has presumably happened with Emperor Palpatine, who was last seen falling down a similarly long tunnel and blew up in a haze of blew flames. Why not bring back Anakin why you’re at it! And can you bring back my dad, since he’s been getting a lot of attention from fans as well, mostly from me and my sisters. 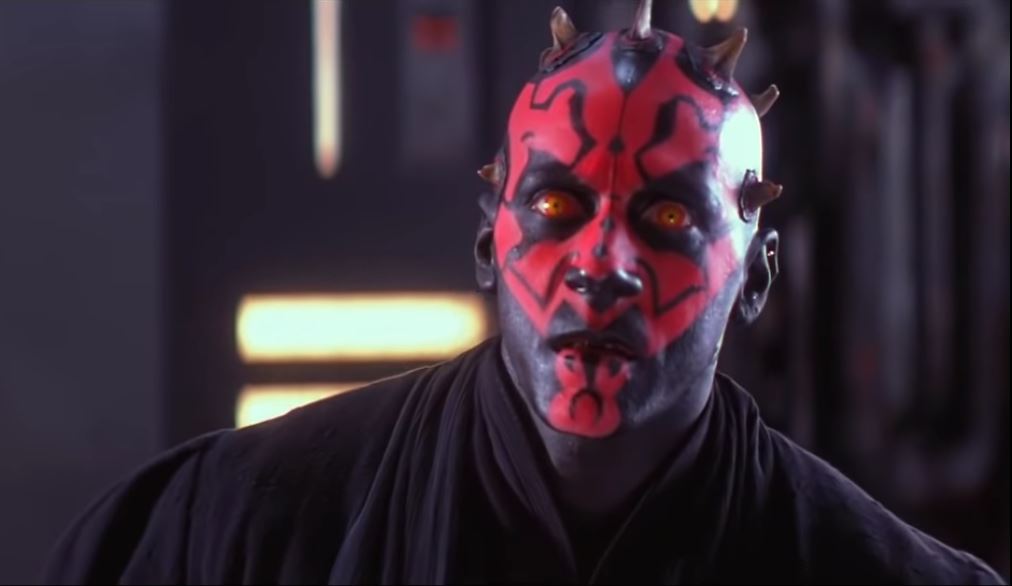 The most popular story that likely kickstarted this annoying trend was Jesus’ own tale. His death and resurrection have given film series such as The Matrix and Harry Potter an analogous character arc in an effort to give the audience a false sense of drama.


Kingsman: The Secret Circle SPOILERS, IF YOU EVEN CARE!
Even slightly more grounded blockbusters like the Kingsman series has doubled back on the death of characters, reversing the death of Colin Firth’s character and resurrecting him in the second one with the aid of gel-packs, which is later done to another character within fifteen minutes of The Secret Circle, making Deaths in Blockbusters an intentionally funny account.


Certain film series like to cement their conclusion or at least their ambiguity, but the desperate need to continue the series harm this, like when Terminator 2’s uncertainty in the future solidified the film’s theme of whether fate can be controlled by us – as the third film stated, LOL, not it can’t, not fate, not even for you make!

I’m trying to uphold my awareness of snobbery, but I feel the need to point out these fake deaths because I am a lover of films, tent-pole blockbusters included. I want them to be riveting, exciting, entertaining, but also to draw me into their world that is quite like our own and identify with their similarities to my lived experience. The Avengers does not do that for me anymore. Star Wars apparently does not do that for me anymore. With a flick of a wrist, magic can happen, alleviating the great tension in these stories: the unforgiving and irreversible demise, which has never been magicked back in real life.


This kind of artistry, this kind of humanly felt statement, and this kind of world-building lore continues to be negated by whatever plot devices and the fans lap it up. Death is perhaps the single most dramatic moment in our own stories and our own lives, but franchise films like these are offering a lightweight and inhuman interpretation of what should be a powerful (and irreversible) moment of our existence and experience. But these beloved franchise characters … they’ll be back — they’ll always be back. Death in Blockbusters is a fluke.