Home»Articles»Dev.D (2009): Replacing Love And Tragedy With Lust And Ego
Articles/Essays

Bollywood director Anurag Kashyap, in an interview on his movie Dev.D (2009), a modern era adaptation of Sarat Chandra Chattopadhyay’s novel Devdas (1917), when asked about the legend of Devdas, states: “Devdas has gone beyond being a book or a movie. It has become an adjective…it’s in our everyday usage. Whenever we see someone moping around, we say don’t be a devdas….The idea was to try and explore the adjective that it has become and through which I wanted to talk about youth.”

Through Kashyap’s expression, it is evident that this adaptation is for and from the perspective of today’s youth, instead of the Indian society that existed during the time the novel was published. By choosing to adapt and completely transform a novel whose story is widely popular in the Indian society due to its various well-known adaptations such as Bimal Roy’s Devdas (1955) and Sanjay Leela Bhansali’s Devdas (2002), Kashyap not only steers away from the mainstream Bollywood cinema but also gives his post-modern take on Devdas that resonates with the changing of cultures in societies.

The context of Dev.D (2009) has been transformed by Kashyap when compared with the source text. The source text here acts as the take-off point for the movie according to Kashyap. The adaptation becomes a repetition of the basic story of the novel but without repetition, by changing the form, ending, interpretation, and the context, and keeping the core concept unaltered. Hutcheon states that “adaptation is repetition, but repetition without replication.”

By playing with the archetype of the character Devdas that has been created in the mind of Indian society by various adaptations, Kashyap makes the viewers “experience adaptations (as adaptations) as palimpsests through our memory of other works that resonate through reception with variation.”(Hutcheon, 8) The memory of Devdas thus becomes a palimpsest.

While the novel is set in colonial India, the movie is set in westernized India with its modernizing society and culture, but with conservative ideas persisting as a result of clashing generations differing in beliefs and values. The novel deals with the themes of unrequited love, tragedy, class and caste hierarchy, patriarchy, and hero glorification whereas the movie deals with the themes of lust, sexuality, love, self-destruction, redemption, and duality.

The context which is similar to that of the novel is Dev embarking on the road to self-destruction by indulging in escapism with alcohol when Paro marries someone else, during which a prostitute falls in love with him. Unlike the novel, “the status of Devdas as the victim hero (of caste and class hierarchies) is done away with in Dev.D (2009) as the impossibility of the romance of Dev and Paro here does not allude to any other factor other than Dev’s own ego trip” (Koel Banerjee, 176). While Dev dies in the novel due to alcoholism, he does not die in the movie but instead falls in love with Leni who is a sex worker with an alias Chanda. 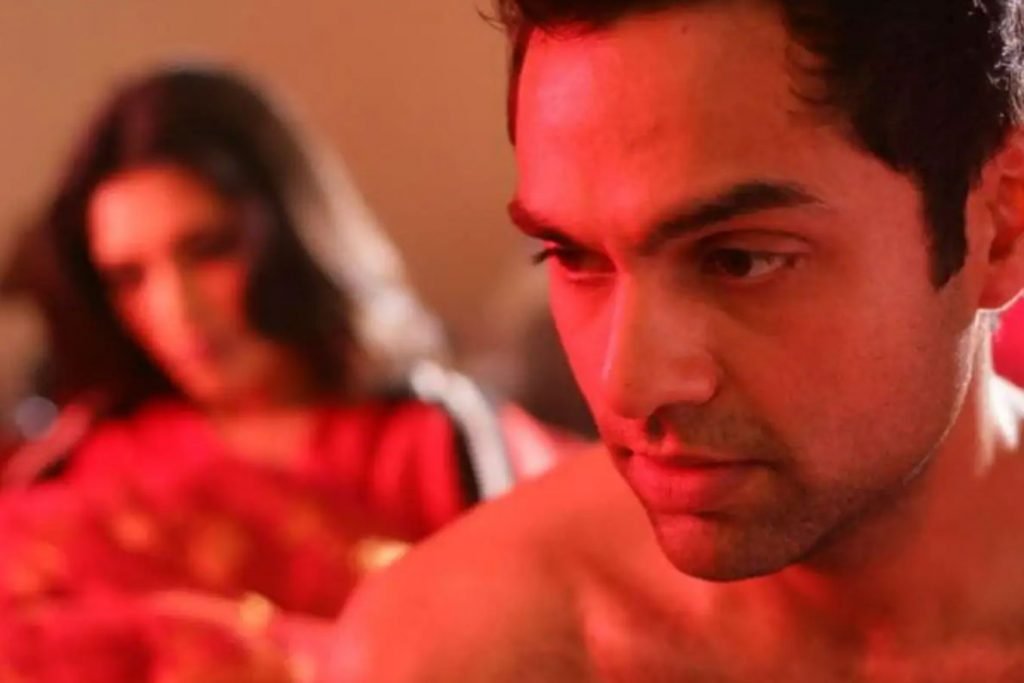 The poster of the movie says, ‘come fall in lust’ which is Kashyap’s take on what love and relationships have come to in the modern era where for youth, the expression of love is no longer the eternal and ‘pure’ that it used to be. This can be seen through the characters of both Parminder (Mahi Gill) called Paro and Leni (Kalki Koechlin) called Chandramukhi in the movie, who transgress the ‘moral boundaries’ not expected to be crossed in the Indian society.

While Paro (Parminder) goes to get her naked pictures scanned to email Dev (Devindra) and carries the mattress on her bicycle so that Dev and she can have sexual intercourse, Leni who is in school becomes a part of an MMS scandal, which is leaked by her boyfriend. Unlike the novel, the characters are not trapped in the web of immortal love but are well aware of their desires and lust. The scandal puts a stop on Leni’s education, leads her father to commit suicide after which her mother abandons her and sends her to the village where Dev and Paro live. She escapes and goes to Delhi where she meets Chunni and becomes a sex worker. Leni takes the reins of her life in her own hands by using lust and sexuality that destroyed her life initially.

By working as a sex worker, she manages to live on her terms where she attends college in the morning and her job at night. Thus, Kashyap changes the context by making his characters unconventional. By giving the backstory, the context also aims at blaming society instead of the individual. It is the hypocrisy of the society that makes her parents react the way they do and it is this hypocrisy that ultimately leads her to become a prostitute.

Paro and Chanda do not worship Dev as a God or keep him on a pedestal. Every character is shown flawed and given equal importance in the narrative. Paro makes her own decision to marry someone else when Dev insults her and takes the reins of her life in her own hands. She, unlike what is expected from women, does not hesitate or mince her words in telling Dev, “aukaat dikha rahi hun” when she meets him after her marriage in his hotel.

Thus, women characters are no longer shy and within their ‘boundaries’ as shown in the novel, but are strong and independent. No character is motivated by the society or family for their decisions, unlike the novel where the characters were tied by familial constructs. Every character is their hero or villain. Kashyap breaks conventions and changes context when he creates the character of Dev as very unlikeable, also known as Brechtian alienation.

Dev is not the conventional hero but is a victim of his circumstances, for whom the viewers feel no sympathy for, unlike the novel where we feel sad for Devdas. Dev becomes the faulty protagonist instead of the Godly one, as there is no excuse for his journey to self-destruction. 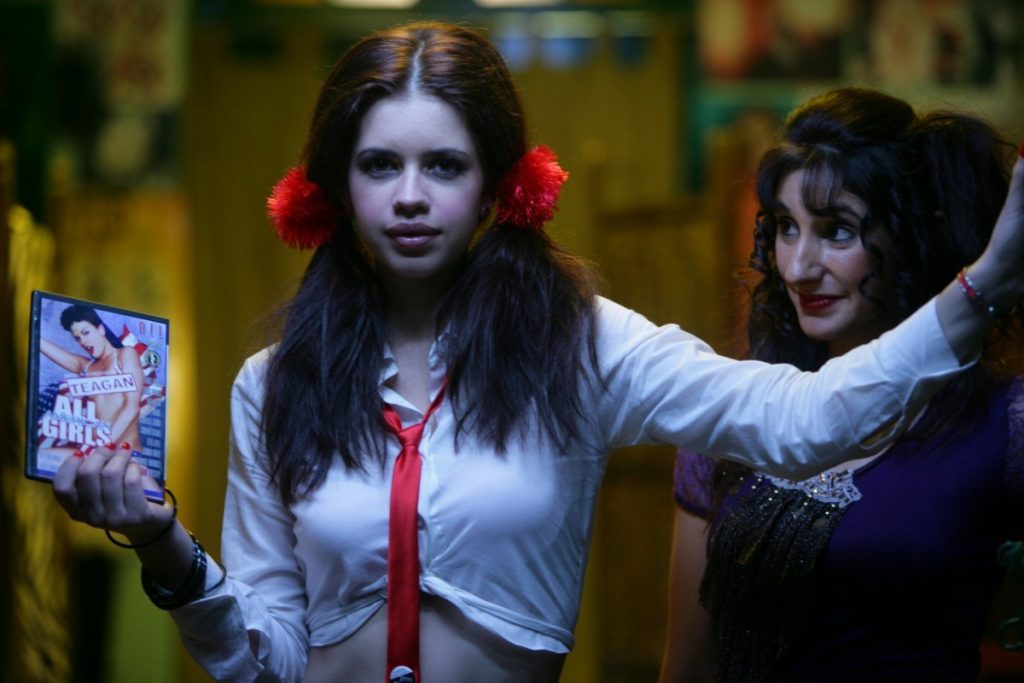 Instead of going for the tragic ending of the novel in which Devdas dies outside Paro’s house, Kashyap makes the ending about second chances where his Dev accepts his mistakes and starts a new life with Leni. The subversive ending is also a result of the motive to make the film appeal to the youth or for a better ‘reception’ by them, as the original melodramatic ending that had become very common would not have appealed to the youth.

Modern era Dev gets a second chance at life unlike all the Devs from the novel or other adaptations, which is Kashyap’s way of mocking the melancholic and tragic archetype of Devdas, along with the theme of melodrama which is prevalent in Indian cinema. The context entirely changes with the introduction of the redemption of Dev’s character brought by his reconciliation with Leni, a lack of which had led all the other characters of Devdas into ruins.

Another Take on Dev.D (2009): A Refreshingly Unusual Black Comedy

By choosing actors who were not that popular in Indian cinema, in his low budget movie, Kashyap presented for Indian cinema, an experimental and unexpected movie with unexpected actors, which went to receive appraisal and popularity. The “hype” that the movie got was because of it being extremely different from the mainstream Bollywood movies that were more melodramatic than realist. The extraordinarily different music album and themes of lust instead of generic themes of love and tragedy won the audience over.

Thus, the context here not only represents the changes happening in the Indian society and culture but also reflect the changes that are continuously taking place in the mindset of the youth. No view or opinion is permanent and Kashyap does not sugarcoat this reality. It is, no doubt, the redemption that saves modern era Dev from other Devdas. The change in time and culture does play a role in how the story is received but the reception of Dev.D would not have been possible if our society or rather the youth would not have been ready to receive and resonate with it. Every factor plays a role in the inevitable change of the context but it is this change and creativity that gave Indian cinema a wonderful and unthought of, adaptation of Devdas.

The Disciple [2020]: 'TIFF' Review – A deeply moving character drama about the arduous journey of a failed artist