Directed by Antoine Fuqua, Emancipation is a new historical action film starring Will Smith in the lead role. While it was theatrically released on 2 December, it started streaming on Apple TV+ on 9 December. Written by William N. Collage, it tells the story of an enslaved black man from a Louisiana plantation who escapes the plantation when he hears about slaves having been freed. The movie shows his struggle for survival until he reaches Baton Rouge and becomes free. After winning the Academy Award for his acting performance in King Richard, this is Will Smith’s first acting project that is being released.

The story occurs in 1863 Louisiana. Peter (Will Smith), an African American man, is snatched away from his family to work by white landowners. The cries of his family go unheard, and instead, he feels the brunt of their effort to stop him from being mercilessly chaperoned. On his way through a car, he notices the severed heads of several men being planted like trophies on the ground. He and other slaves are paraded and made to work with force. While the white men use their power to treat them terribly, he stands up for them. Noticing his free mind, a white slaveowner – Fassel (Ben Foster), treats him like a dog and makes him beg for food. 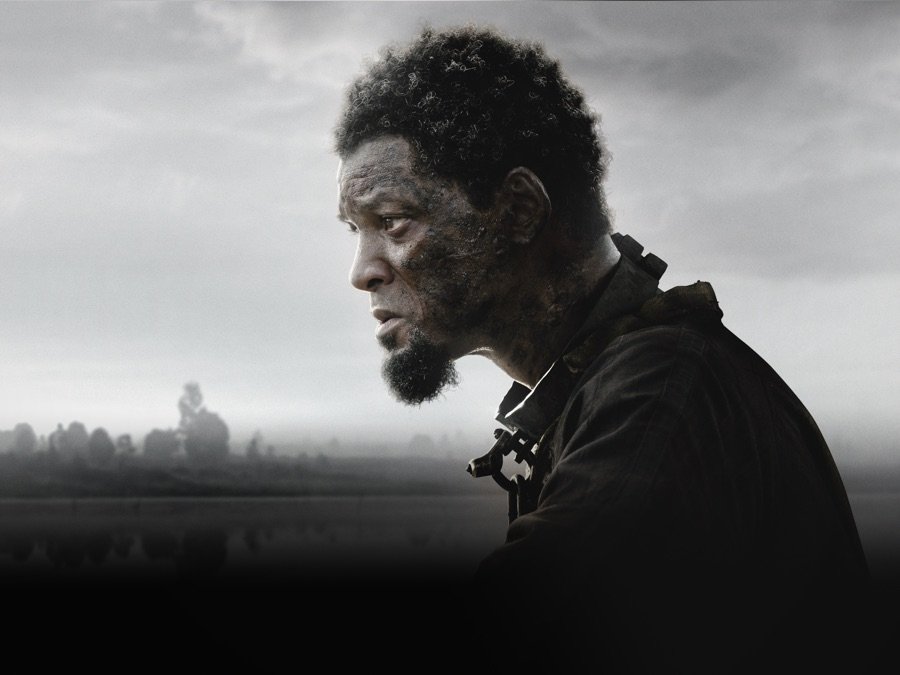 Around this time, Peter learns about slaves being freed at Baton Rouge from tirelessly working for their white masters. He thinks of escaping himself and speaks with two peers from the plantation. While they are hesitant about the fear of being killed, he is determined to leave since he understands that staying at the plantation is no good either. They can be killed at any time. As a result, he attacks white men in control of this plantation and runs away. A few other slaves tag along with him while the white men keep trying to chase them. While one gets killed, they keep fighting for their life.

As a result of this death, Peter and the other slaves part ways to head toward their destination. He even hides in a swamp and fights a deadly alligator for his life. Despite the terrible wounds but does not let go of his determination. Fassel follows him with his two partners, one white and one black, and wonders how Peter learned about slaves being freed since a black man’s ignorance was a white man’s currency. Meanwhile, Peter keeps marching forward, away from white men, who are determined in their hatred toward him.

On his way, he sees one terrifying incident after another, indicating how white men hated those like him getting liberated. While Fassel finally manages to get hold of Peter, he keeps attacking him and making him beg for a tiny piece of food. While he points his gun at Peter’s head, he gets killed by a black native guard and gets saved. They take Peter to their camp and treat his injuries. After all these trials and tribulations, Peter gets get enlisted in the union army. He gets to fight for his nation and return home as a soldier. Upon returning to Louisiana after their victory, these soldiers let all the enslaved residents know that they were now free.

In an interview about the movie, Will Smith said that Emancipation is not another slave movie but a movie about freedom. The film navigates the idea of freedom in that a person is freed when he considers himself free. In one of the scenes, the film showcases utter disbelief on the faces of enslaved individuals upon hearing about their freedom. It is indicative of the same notion, where the acceptance of freedom by external factors is yet to be registered until their minds accept it.

As a film, Emancipation works with this very notion at times throughout its duration, where Peter’s willingness to act free makes him determined to take his every step with determination. Will Smith’s theatrical style of acting works wonders in this movie to make us empathize with Peter’s harrowing journey. His performance is not just shallow, outwardly emotive but comes from a place of deep understanding. Even Ben Foster builds a deeply disgusting persona of his white slaveowner character with a grounded approach.

As a result, it pains to see the movie derail due to its unimpressive direction. Emancipation aims to be both a historical film about slavery and a riveting action thriller. Sadly, the execution of neither of these aspects does justice to the harrowing tale to the real-life haunting tale. Only a few moments make your heart ache due to the power of its narration. The ideas of freedom, survival, and self-acceptance are only mentioned but not explored to their full potential.

Even as an action film, Emancipation fails, largely due to its director Antoine Fuqua, implementing techniques from his earlier projects that translate badly to the screen. While it was Peter’s attempt to attain freedom from brutality, the film loses its grand ideas to the occasional usage of action sequences that appear tonally jarring.

Robert Richardson’s cinematography is perhaps the highlight of this film; it manages to use every other space to convey an idea larger than the act itself. Other than that, Emancipation, unfortunately, suffers due to a middling execution of its noble intent.

The True Story behind Emancipation (2022) Explained

It’s 1863,  American civil war is at its peak. 1st January 1863, and the then President Abraham Lincoln issued the “Emancipation Proclamation” declaring “that all persons held as slaves are, and henceforward shall be free,” though it left slavery untouched in loyal border states. The proclamation also announced the acceptance of Black men into the Union army.

Peter (or Gordon) was in one of the southern states that had rebelled. He was among 40 enslaved people on John and Bridget Lyons’ expansive cotton and onion plantation in St Landry Parish, Louisiana.

In March 1863, Peter managed an extraordinary escape. He was on the run for ten days. Hunters and dogs chasing him. In order to save himself from dogs’ sniff, he disguised his scent with onions from the same plantation. Forty miles later, he finally reached the Union army stationed in Baton Rouge – he was finally a free man.

But before enlisting in a Black regiment, military doctors examined him. A witness told the New York Daily Tribune newspaper: “He pulled down the pile of dirty rags that half concealed his back. It sent a thrill of horror to every white person present, but the few blacks who were waiting paid but little attention to the sad spectacle, such terrible scenes being painfully familiar to them all.” 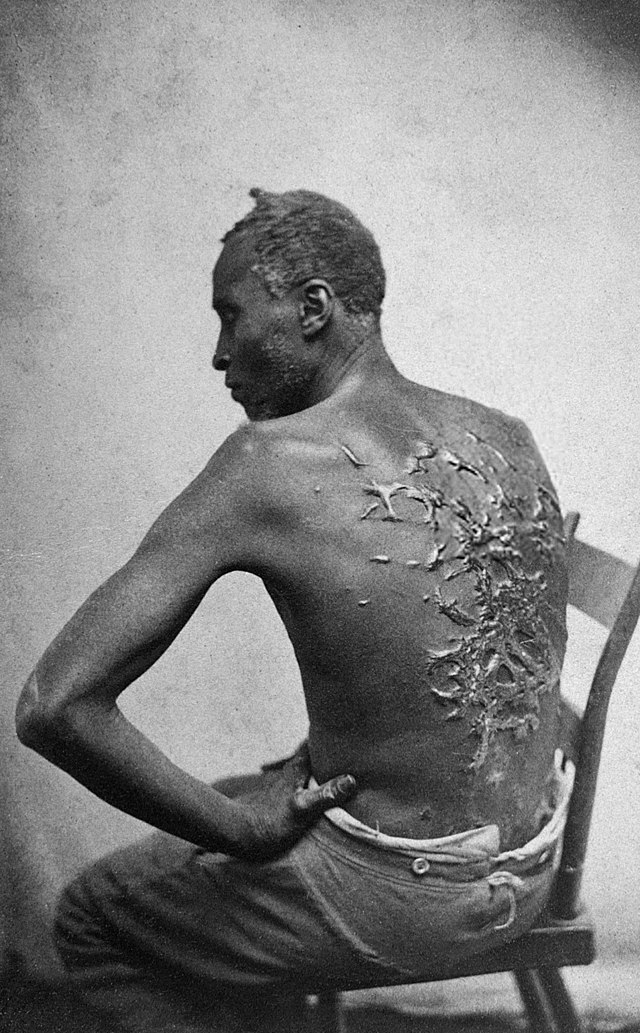 New Orleans-based photographers William McPherson and J Oliver captured the shocking sight. In the portrait, which became known as “The Scourged Back,” Peter sits with a hand on his hip, back to the camera, glancing over his shoulder. His skin is riven with a crisscrossed map of keloid scars from a whipping by a plantation overseer, an act of abuse that Peter said left him in bed for two months.

Based on the true story of Gordon (who is named ‘Peter’ in the film), a former slave who freed himself from being brutally treated. The film shows his harrowing tale of survival and his struggle for freedom. Will’s character is seen being photographed after getting into the army camp. The heavily scourged photographs of his bare back were one of the key factors in giving the abolitionist movement proof of the cruelty of American slavery.

Who Are the possible Victims in the White Lotus Season 2? And Who Might Be the Killer(s) After All?