What does art mean to you? How important it is to live your life or more importantly, to make it more liveable? These are the kind of ruminations explored through the 2022 documentary film called ‘Finding Bliss: Fire and Ice’ that is directed by Kim Chan and Dee Lam. The brainchild of one of its cast members – Josie Ho, it documents an impressive experiment that shows us the importance of art and music through cultural exchanges and stimulating interactions. There are many insights to grasp from this one and half hour of experience that can prove to be just as stimulating for us as much as they were for the people involved in it.

As aforementioned, the film primarily speaks about art, and with its unique experiment, it attempts to highlight its importance through its artists with distinctly artistic personalities. We meet different people from Hong Kong that are trying to survive in stressful conditions in this city. Since Hong Kong is a densely populated place, they find it hard to get work and make a living in this city. Survival in itself becomes a hard part for them to manage in its bustling streets. Art comes as a rescue for them through these stressful lives, but they can’t depend on it for their livelihood. Doing a regular job and keeping up with their pursuit on the side is how most of these people go on with their daily lives. Just like any other place on the planet, their spirit is crushed under feelings of frustration and helplessness.

Through Josie Ho’s experiment, some Hong Kong residents are given a chance to move to a different part of the world and work along with people with a different language, lifestyle, culture, and worldview and create something new, together. Most of these are struggling musicians and music students who are keeping up with their passion for music in one way or the other. The experiment gives them a unique chance to travel halfway around the world to the scenic lands of Iceland and allows them to get an opportunity to work on something that would develop their musical talent beyond cultural barriers. 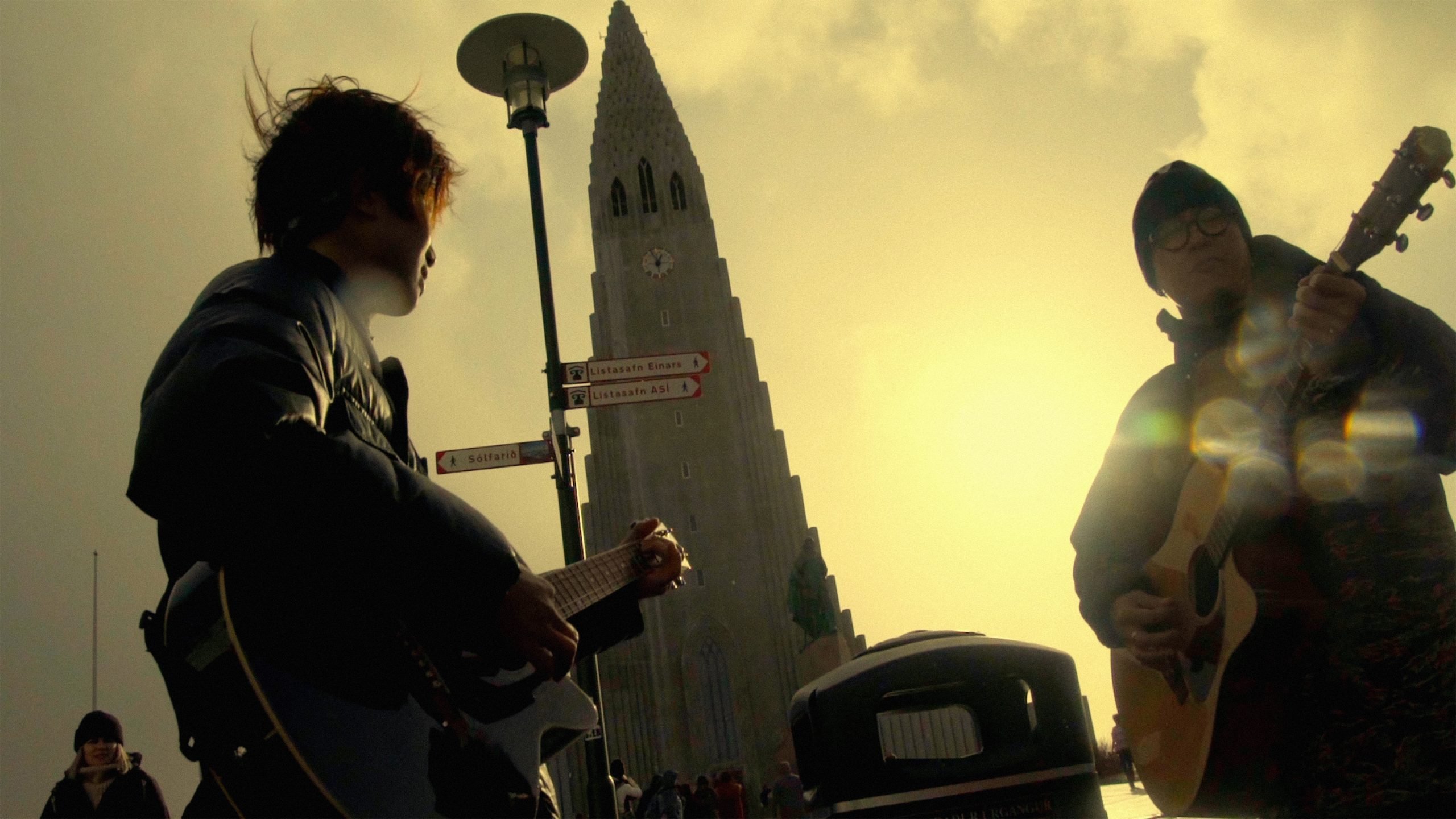 By connecting and exchanging thoughts with the Musicians, and musical artists from Iceland, they are supposed to create a composition along with them towards the end of the duration of their experiment. They are supposed to collaborate with these Icelandic musicians and produce a trans-generational piece of music later. The fusion of different cultures and worldviews become the reason for these compositions to become more interesting. The duration of this journey passes by like a breeze while relaxing them.

That is the purpose of Josie Ho’s experiment for Finding Bliss: Fire and Ice – to unwind, take the pressure off for a while, feel a little lighter, a little happier, and through the same, (in their own words) find bliss. Music becomes a language that allows these people from different countries to connect on an emotional level. Various kinds of games that their mentor takes them through let them learn more about communication without barriers. The mentor keeps a fun environment through their journey while also giving them enough chance to flourish as individuals and as musical artists. They laugh together through their mishaps in communication and learn to trust one another. The process of learning and rediscovering themselves occurs through these eye-opening activities that blend the aspect of music and mindfulness.

Different emotions are explored through their interactions in regard to diverse kinds of music. Their inspirations, interests, creative process, and artistic goals become another factor they speak about extensively to learn more about each other and themselves. The aspect of self-exploration is highlighted throughout the film’s duration while making sure that the conversations between participants are free-flowing and not interrupted. The parts of cultural exchange through different insights in relation to varying genres of music is certainly insightful. The artists speak about music from rock to hip-hop, its evolution, and the changing landscape around the globe with genuine interest. Despite the meandering tonality of the documentary, it is engaging for the most part as a result of similar conversations. However, while the experiment is admirable for what it attempts to achieve, it falls short to be as revelatory as it claims to be.