For Lucio [2022] MUBI Review: Lucio Dalle’s artistic (and personal) life becomes the focus of this confident documentary by Pietro Marcello

“Lucio always did what he felt like doing.” Born in 1943 in Bologna, this is a portrait of an artist who witnessed the slow recovery of Italy from the horrors and destruction of the Second World War. Losing his sense of identity in a rapidly changing world, Lucio Dalla struggled for years as he made his unlikely way into experimental pop and became an icon. Coming from director Pietro Marcello, who made his breakthrough with the much-lauded international hit Martin Eden, For Lucio (Per Lucio), that premiered at the Berlin Film Festival last year and is now playing on Mubi, is a modest and sly documentary, much like its subject, giving way for an unwinding look at the legacy of an excellent Italian singer.

For a documentary that aims at uncovering such a huge icon, it runs for a brief 78 minutes. But mistake it not, as Marcello turns For Lucio into a revisionary historical tale through Italy’s darkest era. Pivoted on sepia-toned footage, here we see an individual who was deeply attuned with the socio-political means and dualities, and sprinkled them to form music for the mind. At one point, he croons Ithaca, loving referencing James Joyce’s Ulysses, giving a lengthy disclaimer of how to approach the lines- not from a textual lens but from a relativist one. Observed primarily through a series of interviews with Dalla’s manager Tobia Righi. For Ithaca is non-linear and epigrammatic in its faithfulness to an artist who did what he wanted to do in his own way.

Related to For Lucio – Everything Coming To MUBI in February 2022

Tobia recounts stories from his early days, which are intercut with Dalla’s own archival interviews and pictures, filled with wise anecdotes and self-musings. It is almost like a time capsule- a generational lookback to a whole society coming to terms with industrialization. In this urge, fans and even those who are not familiar with Dalla’s work (including me) will engage in. Images reveal how misfit he appeared on stage- short and too intellectual for pop. It rings true in its open-ended sincerity, addressing an artist, not through the lens of nostalgia but liberty. 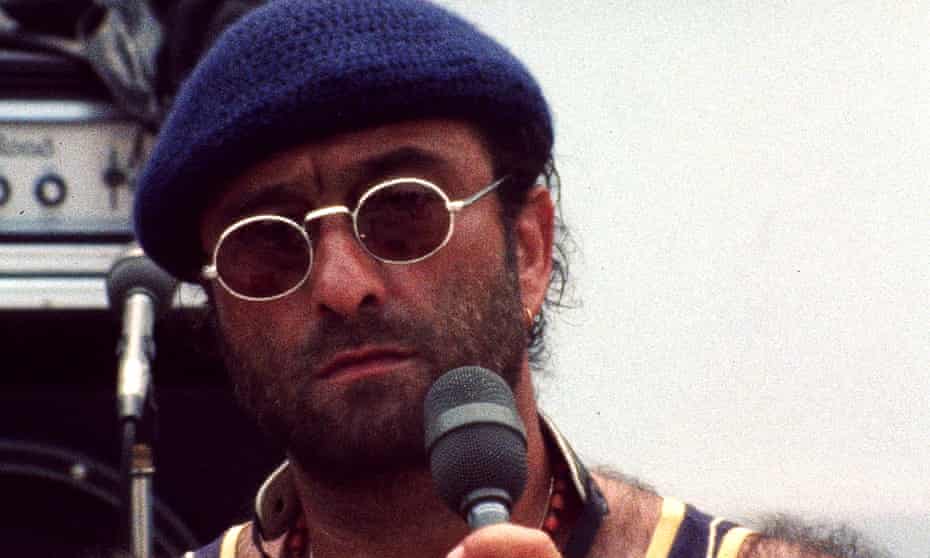 Some of the most moving sequences are when the songs are placed with the images and footage of factory workers trudging in unnoticed, of roads and houses being lost to industrialization. How the race culture still prevailed to hold onto the little cultural tradition that was left. (The sequences involving the Mille Miglia car race are tremendous). Even though the images follow a cerebral sense of harmony, For Lucio almost trusts its viewers a little too much to be evasive. Even when it comes to covering his work on the album Automobili (1976).

Dalla’s association with his most frequent collaborator Roberto Roversi – one that truly changed his life, and made him a star, brims with a certain amount of narrative restraint. This collaboration brought to life several romantic odes, intellectually daring albums and a mindful foray into the Italian socio-politics. His personal growth too, from a really active child who could act, dance and play different instruments to a seemingly distraught musician is never too convoluted in sentimentalism. For Lucio is unguardedly celebral- and rightly so, how else can one navigate a life lived with such ruthlessness and truth? One cannot trust a man who would buy a yacht named Catarro (or Phlegm) mainly because he had an incessant habit of spitting.

This focus through the lens of collective memory does open up a world of revelations of the singer. Appraently he was a closeeted gay whose albums deceptively tried to hold up a slowly detrimental future. There is no hide-and-seek around this, as longtime friend Stefenao Bonega meets Tobia over dinner, and both of them end up talking wistfully about pop culture and tradition and Dalla’s presence that can be felt still to tbis day. “His presence goes beyond time-” we hear in the conversation. There’s no denial, and that’s exactly where Marcello succeeds with ‘For Lucio’. Fearing a little of incessant discrimination because of the zeal to realise his sexual preference, Dalla chose to break free through his art. For Lucio respects that at the centre of such rapid socio- political and religious development, there was a man who was never not honest with his art. It is ultimately a rewarding and engrossing experience.

For Lucio is now streaming on MUBI

MUBI CATALOG DIFFERS FROM COUNTRY TO COUNTRY, WHAT’S PLAYING IN THE USA MAY NOT BE PLAYING IN INDIA AND VICE VERSA. THE SAME GOES FOR USERS FROM ANY OTHER COUNTRY. HOWEVER, YOU CAN ACCESS ALL THE FILMS LISTED HERE USING EXPRESSVPN. EXPRESSVPN IS FAST, SECURE, AND UNLOCKS MUBI CATALOGS FROM AROUND THE WORLD. GET EXPRESSVPN FROM ONE OF THESE EXCITING DEALS.

Belfast (2021) Review: An Ode to a City and Bygone Era Elevated by Its Acting

For Lucio [2022] MUBI Review: Lucio Dalle’s artistic (and personal) life becomes the focus of this confident documentary by Pietro Marcello