Documentary filmmaking at its purest has always been distant in approach from feature film-making. That is when they are subtle, mature, and restrained enough to not divulge into sensational graphs of your subject matter. Director Yé Yé throws this familiar grievance out of the glass of her debut documentary H6 (2021), a penetrating observation of the state of medical affairs and familial issues in the most populated nation of the globe.

The Sixth People’s Hospital is one of the largest in Shanghai. Through a series of interconnected stories of patients, their relatives and the various medical staff, the film attempts to comment on Contemporary China and its people. On one hand, we see unprivileged people trying to survive the various costs and getting themselves or their family members treated. On the other, we get to see the multi-faceted struggles and the harsh reality endured by the otherwise committed medical staff. There are patients injured by accidents and those who got sick because of the hooks of pollution in the ever-growing cities and countrysides.

We get to see the faces which often get lost in the enormity of the building. Then, we see an elderly man grieving the fading life of his dear wife. Also, we have a private nurse who calms the patients who have no families to visit and loneliness to go back to. We see a wife with an acceptance of the likelihood of her husband’s sudden death. Not all is lost in the mist, though. We get to witness suddenly sprouting black comedy and humor on a lighter note. Every single aspect concludes in a profoundly heartfelt documentary about hope and healthcare. 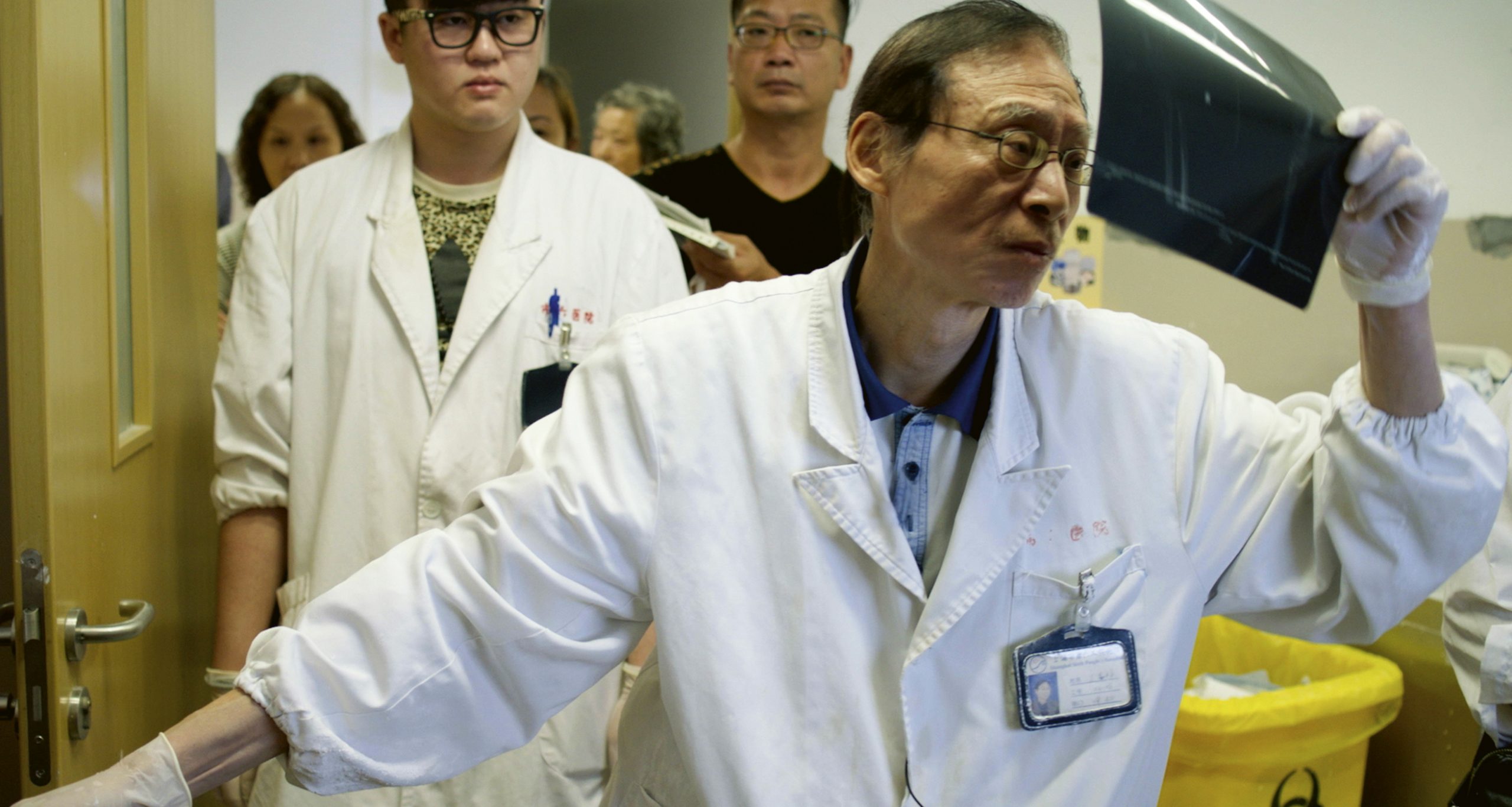 Humanity is constantly at play in the narratives. The most memorable character, admittedly, is the father who sings and talks aloud. The man has his daughter diagnosed in the Intensive-Care Unit. And yet, he sings for the other family members and advises them to put on a smiling face. This strange and unreal enthusiasm comes because of his mentally unsteady state, perhaps coming from his wife’s sudden demise.

What stands out in H6 is Yé and her ability to extract honest conversations and lived-in reactions from the subjects. This is partly because of her adrift camera movements and majorly because the stakes are too high here. The distress of people and their challenges are too real to feel staged. The director, who is a French citizen since 2001, quotes poetry from the quietness. Her cut at capitalism is unique because while she is determined to show its adversity, her humanism and empathy are towards each and everyone standing before the camera.

The filmmaker is such a one-woman army. She doesn’t throw everything on the wall to see what sticks. She knows the circumstances she is filming and she plots her narrative structure masterfully. There’s youthful energy to the lively and occasionally charming banter that people often indulge at. Minimal attention to detail helps a great deal in getting the perspective across.

RELATED TO H6 (2021): ASCENSION [2021]: ‘TRIBECA’ REVIEW – AN IMPRESSIONISTIC LOOK AT THE TENDRILS OF CAPITALISM IN ALL LEVELS OF SOCIAL OPERATION IN CHINA

Also, in times of an ongoing pandemic, even a pre-Coronavirus film like H6 feels more important than anything that you might have seen this year. The state of medical affairs and the outbreak of a virus can easily be replaced. And the condition would still look the same. The people are anyway reckless enough to avoid social distancing and masks, so it won’t make much of a difference. Capitalism and constant consumerism have increased all the more since 2019. In times like these, H6 feels unsettlingly honest.

There may be some pacing issues here, mostly restricted to the second half. However, it’s but a trivial criticism from such a fresh, engaging, and affecting documentary. It’s one of the most important films of the festival, very relevant to all humanity.

The Turin Horse - The Burden of Existence