Home»OTT»Netflix»Atlantics [2019] Netflix Review: A Glimpse into the Other Realm
Netflix/Reviews

Cinema has, for long, been a medium to reflect upon the mortality of human life. It has functioned not only as a cushion for our wild imaginations but also as a channel for the what-ifs of the lived experience. French actor-director’s debut feature Atlantics draws upon the extra-worldly and is a quaint narrative about love and a sense of fulfilment.

The dust-laden, ochre landscape of a coastal neighbourhood in Dakar, Senegal harbours the repressed desires of Ada, the protagonist of the film made in the Wolof language. She wants to love at her own will, but her family will not stand for it. She wants to be with the man she desires, but society finds ways to separate them. Stifling of female desires is as commonplace in her community as the shining sun. But, in Atlantics, what is riven asunder because of people and politics is united by the cosmic intervention. 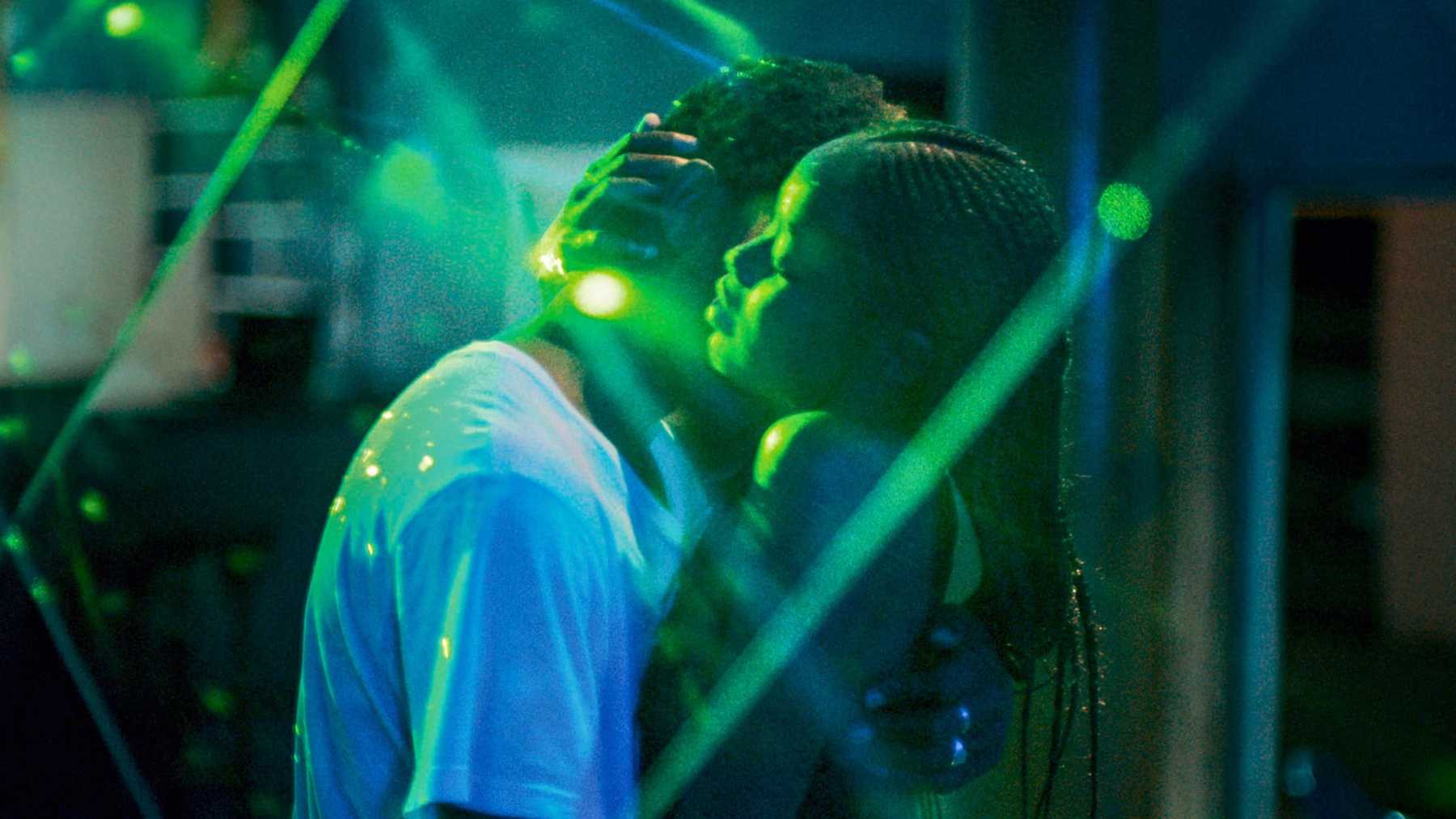 The incitement occurs when several daily-wage labourers from the community, including Ada’s lover Souleiman, suddenly sail into the Atlantic without any knowledge of the capricious waters. From this moment of ‘disappearance’ to the moment of their deranged retreat, the film is constructed like Ada’s own stream of consciousness, with the camera seldom leaving her perspective.

Every action in the film either flows from Ada or flows toward her. Her passive resistance to the lucrative marriage arranged for her, speaks volumes about her characteristic differences with the ones surrounding her. There is one scene where a few of her friends say that they would give anything to get the rich guy Ada is getting, and how it is about not marrying the man, but marrying his riches. Ada does not seem convinced, as her thoughts are preoccupied with the unwarranted departure of Souleiman. Apart from the central storyline of Ada and her travails, the film also offers a veiled yet relevant commentary on the class divide, ceaseless oppression of the poorer strata by the affluent and also how the law enforcement invariably sides with the powerful.

The notion of spirits, djinns and beings of the other world are quite regular in Islamic theology. The film banks upon such beliefs and superstitions, in order to depict the truth of transience. The human condition often compels us to leave certain things in life incomplete. But what is hindered by the physical, is made possible by the intangible. The indestructible nature of the soul, and that the soul guides what the body does, is advocated by all spiritualists alike. This aphorism can be said to be the thematic backbone of Atlantics. But, for a theme to set in, a film also needs a conflict.

The phenomenon of Africans being forced to migrate to Europe, in search of better pay and conditions of living, is a truth which needs to reorientation. Mati Diop has treated this truth as the conflict which, along with the central struggle of the protagonist torn between a rich husband, the law and an absent lover, drives the film towards its denouement.

The formal elements of the film evoke sensibilities of land on the brink of rapid industrialization. The camera captures the existing dichotomies of the modern and the medieval, and swivels from character to character – be it the police officer Issa, or Ada’s all-weather friend Dior – only to read their impacts on Ada’s life. From the very onset, the film adopts a meditative approach to storytelling, one in which the camera lingers on people and props, enough to orient the viewers with the setting.

The sonic preference for the film is one of sinister goings-on. The background scores are set for long periods over dimly-lit visuals and complement the overall slumber of the neighbourhood. The Atlantic Ocean serves as a leitmotif, and there are several shots of the azure landscape punctuated by the rise and fall of waves. The ocean, for the locals, functions both a gateway as a well as a graveyard.

In the realm of the mysterious, Atlantics packs its message quite cinematically. I was mesmerized by how the scheme of events fanned out. A story about how women take on the mantle of struggle amidst the rampant inequalities is told from a woman’s perspective in a film made by a woman – it offers a palatable addition to the repertoire of African cinema. Mati seems ready to take over cinematic responsibilities from her uncle – the iconic Senegalese filmmaker Djibril Diop Mambety who took the global film fraternity by storm with his film Touki Bouki.

An expansion on Diop’s own 2009 short film titled Atlantiques, Atlantics – a French production – won the Grand Prix at the Cannes Film Festival, 2019, and is currently streaming on Netflix.