Hridayam [2022] Review: Vineeth’s breezy love letter to a past with a lived-in feel

Hridayam, directed by Vineeth Sreenivasan had its theatrical release about a month ago. The Malayalam-language film has hit the OTT space this weekend. Currently streaming on Disney+ Hotstar, it is a tender coming-of-age drama about a guy from Kerala who moves to Chennai for his education. The film follows the stages of his growth and development during his college years and how this experience shapes the way he thinks and feels about the world. As a person trying to understand his position in the world, his character becomes a highly resonating portrait of the youth from the millennial generation.  As a result, it is potent enough to make any person nostalgic by the memories of their own college.

Pranav Mohanlal plays the protagonist Arun Neelakandan who moves to Chennai for his studies in an engineering college. From the moment he steps foot into the college to the point of his return to the same campus after a decade, the story shows his character revisiting the memories from the college years. After having lived in the comfort of his home under the wings of his parents, the environment of the hostel does not feel welcoming to him in the beginning. While there is hope in his eyes and the excitement for what will unfold, he is still naive. And the hostile environment created by his seniors takes a toll on him. From this conflict comes the initial stage of his growth where he learns to overcome fear and anxieties.

The script follows a set of coming-of-age tropes in a similar pattern, where every other turn in the character’s life has already been used in several other films of the genre. Be it getting over testosterone-fueled childish days of early adulthood or a failed romance that blooms into an eternal bonding, Hridayam is filled with moments that do not stand out as mere plot points. The way the protagonist gets out of his smugness borne out of the protective shell of privilege and learns about the ones who are not as well off as he isn’t something entirely new either.

And Hridayam seems to have a Premam hangover. The 2015 romance drama still makes people blush by merely its mention. It showcases the stage of romance that stays with its protagonist long after the relationship ends. The character of Malar becomes eternal as a chapter of romance for him. The handling of Darshana’s character reminded me of Malar, largely because both of them harbor emotions towards their exes after many years. The romanization of Darshana’s character, although amiable, limits it to reach genuine depths to become as etching as Malar’s. Also, her existence in the script largely revolves around being Arun’s romantic partner, and her life beyond him and her career have been given very little importance. 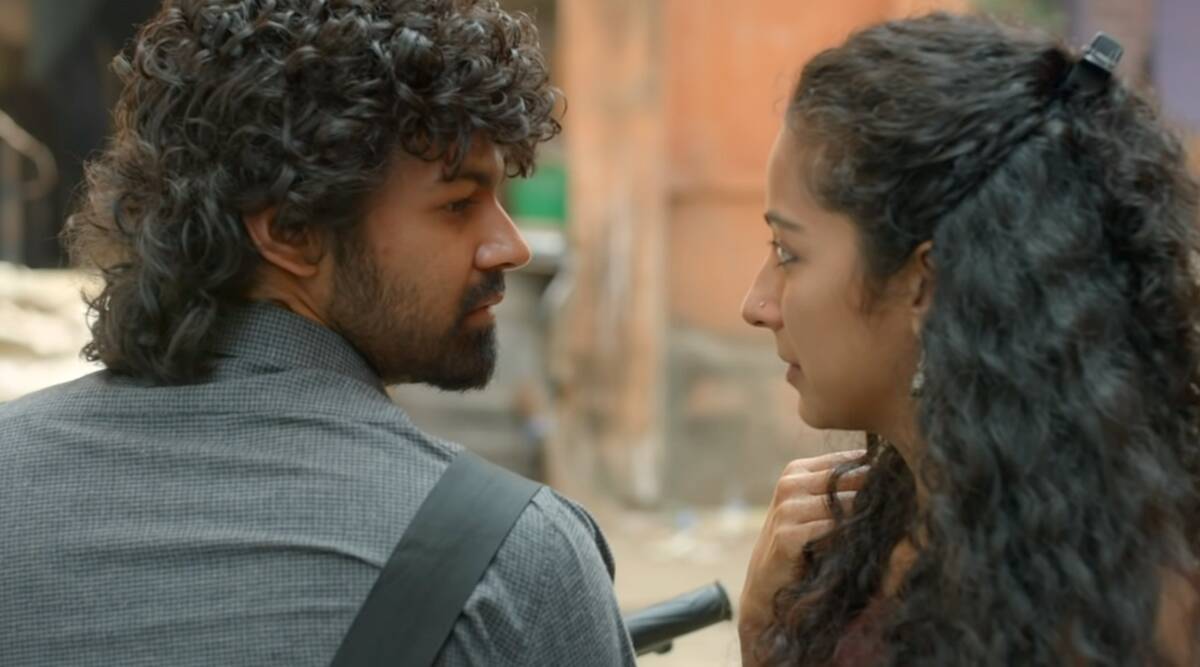 Despite such shortcomings, Hridayam has something that keeps you hooked to the screen. The film is endlessly engaging and breezy because of which you don’t even realize how over two and a half hours have passed by. Vineeth Sreenivasan brings out certain magical ingredients through his direction that I find difficult to point out, but easier to experience. The film is highly engrossing and because of the cinematography by Viswajith Odukkathil, you would not want to look away from the screen even for an instance. Despite its sweetened portrait of adulthood and lack of conflicts, Hridayam is irresistibly appealing & consistently charming. Even when the narration does not show a sign of originality, the film has an abundance of sweetness to easily get smitten by.

I liked how the film shows ragging as a result of bottled-up anger and frustration without glorifying such actions. The Hindi film, Chhichhore showed bullying as an acceptable norm and made it seem cute to retain its charm borne out of such strange intent. Hridayam locates the roots of this behavioral pattern and shows a person growing out of such a childish showcase of arrogance.

The credit of Hridayam’s emotional potency also goes to its music, which has a personality of its own. ‘Darshana’ becomes an anthem of love that looks at Darshana Rajendran’s character with the same innocence that Arun looks at her. Hesham Abdul Wahab induces the ups and downs of Arun’s character arc in his music with a great understanding. Another highlight of the film is the acting performances that make you realize the realizations of the characters convincingly and effectively. You sense Arun’s innocent mistake as a part of a journey towards being a mature adult. You sense the burst balloon of his ego through his emotional outbursts. Many of such nuances are apparent because of Pranav Mohanlal’s performance. Despite the glaring limitations of the script, Darshana Rajendran makes her presence felt. She shows the change-of-heart arc of her character with the required conviction. Apart from Vineeth’s direction, Hridayam becomes an affair worth revisiting because of her character and her performance.

Hridayam (2022) is now streaming on Hotstar

Hridayam [2022] Review: Vineeth’s breezy love letter to a past with a lived-in feel