There is a bland mainstream cinema that tries to spoonfeed us the concept of elite universities which stage Bollywood romance, music, and dance. They suggest the fact that no books are required when you have your romantic partner, a Ferrari, and a few Gucci. Then, there are slightly less atrocious films. Although these do propagate academics, sooner or later they’re bound to become flushed-out melodramas delivering cheesy messaging. The main attempt here is to sell either an emotion or pure nostalgia (case in point, the weakly done Chhichhore). A finer style of college dramas is the one where everyday student dilemmas and ambitions actually cohere as cinema. However, even this has become a strongly worn-out blow now with little redemption. The Viral Fever had mastered it, now it’s barely selling it.

On that note, the idea of a show like Campus Diaries to exist didn’t seem too bad on paper. A show with some of the most famous comedy content creators of YouTube playing college friends might have produced some lightweight fun. This is because, some of their short content which is the most accessible on YouTube, is actually funny and not a desperate way of selling cheap gags. It stars Saloni Gaur, an Internet sensation who became famous for her terrific mimicry and often stinging satire. Harsh Beniwal is one of the most popular Indian YouTubers, his short skit about the cringing nature of India’s Tiktokers putting him on the A-list map. Another popular face here is that of Ritvik Sahore, an affable young supporting character actor for long in Hindi cinema. 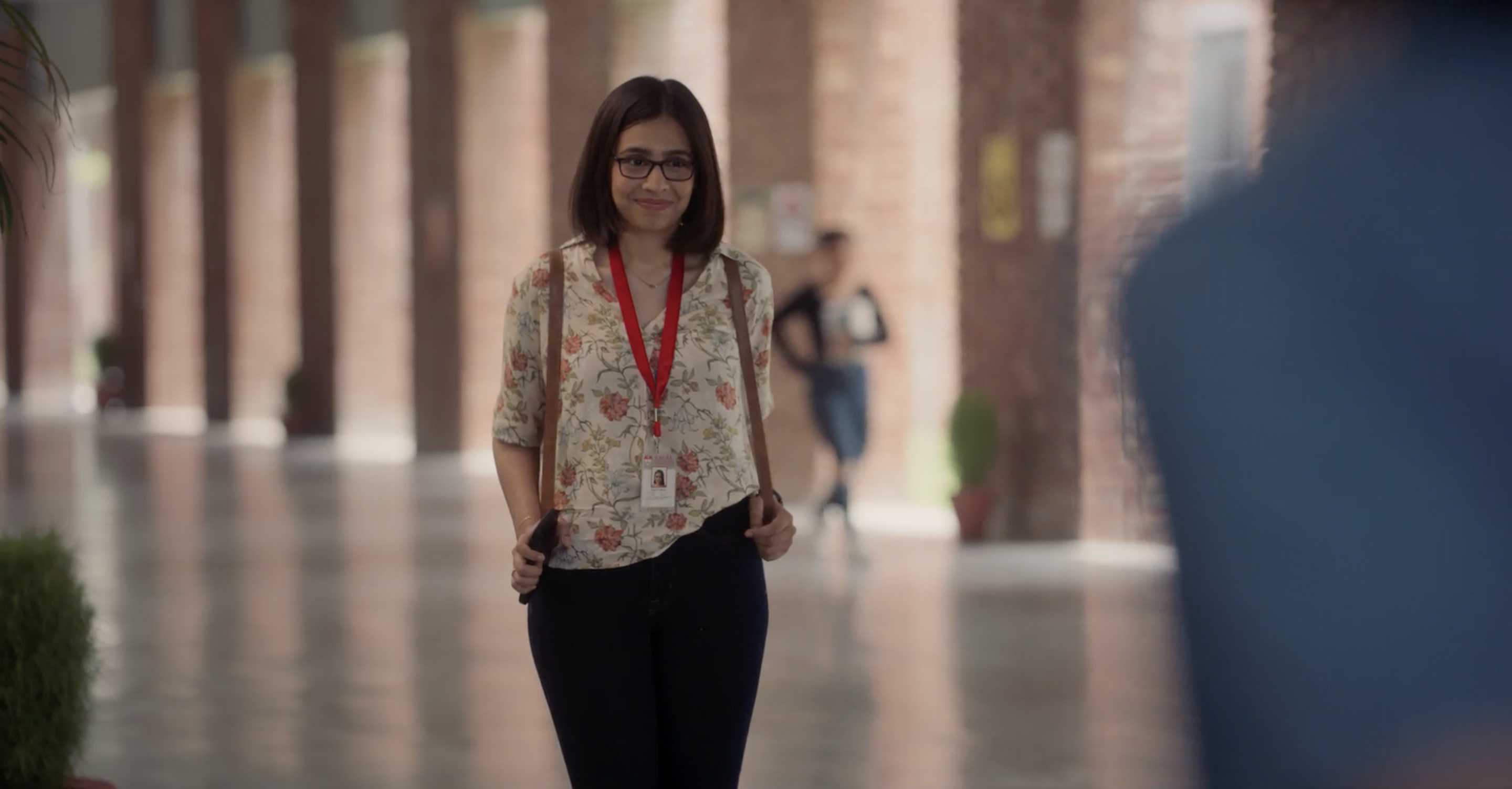 However powerful the image of the artists, it all waters down on how it holds up in quality. Unfortunately, art is as cheap as the medium. Its availability on MX Player doesn’t even confirm it as an overly dramatic crowd-pleaser. It expresses depiction on some ‘serious’ concerns in the way of unhinged comedy. And the messaging is mugged up in a terrible fashion. In a way, Campus Diaries is more like a mish-mash of all the mediocre college drama tropes which exist in Hindi-language storytelling. Almost every scene ends with a quirky score to hold up. While there are people studying, they’re more invested in dolling themselves up. Even someone as mundane as a canteen staff has jarring comical lines to deliver. As a result, it doesn’t even do the job of selling nostalgia- one simply cannot relate to this feverish millennial slice of non-existent life.

The plot is pretty simple. It is a coming-of-age story of six students at a fictional University named Excel. The Movie Database page of the show proudly declares it as not just another run-of-the-mill college drama. Actually, it wants to imply that the story won’t deal only with romance, frolic, and friendship. It adds more to the mix- ragging, toxic relationship, politics, and addiction to be precise. While a mix of varied themes is acceptable for heightened drama in a coming-of-age narrative for adults, these things only make the show much worse. Sometimes, they’re pointlessly used for humor. The characters are broad archetypes with no layers. There’s a central friendship that the film often tends to celebrate but it suffers from exceptionally bad writing. I also think that the series could have used a much sharper editing- twelve episodes are too much for such a slog. 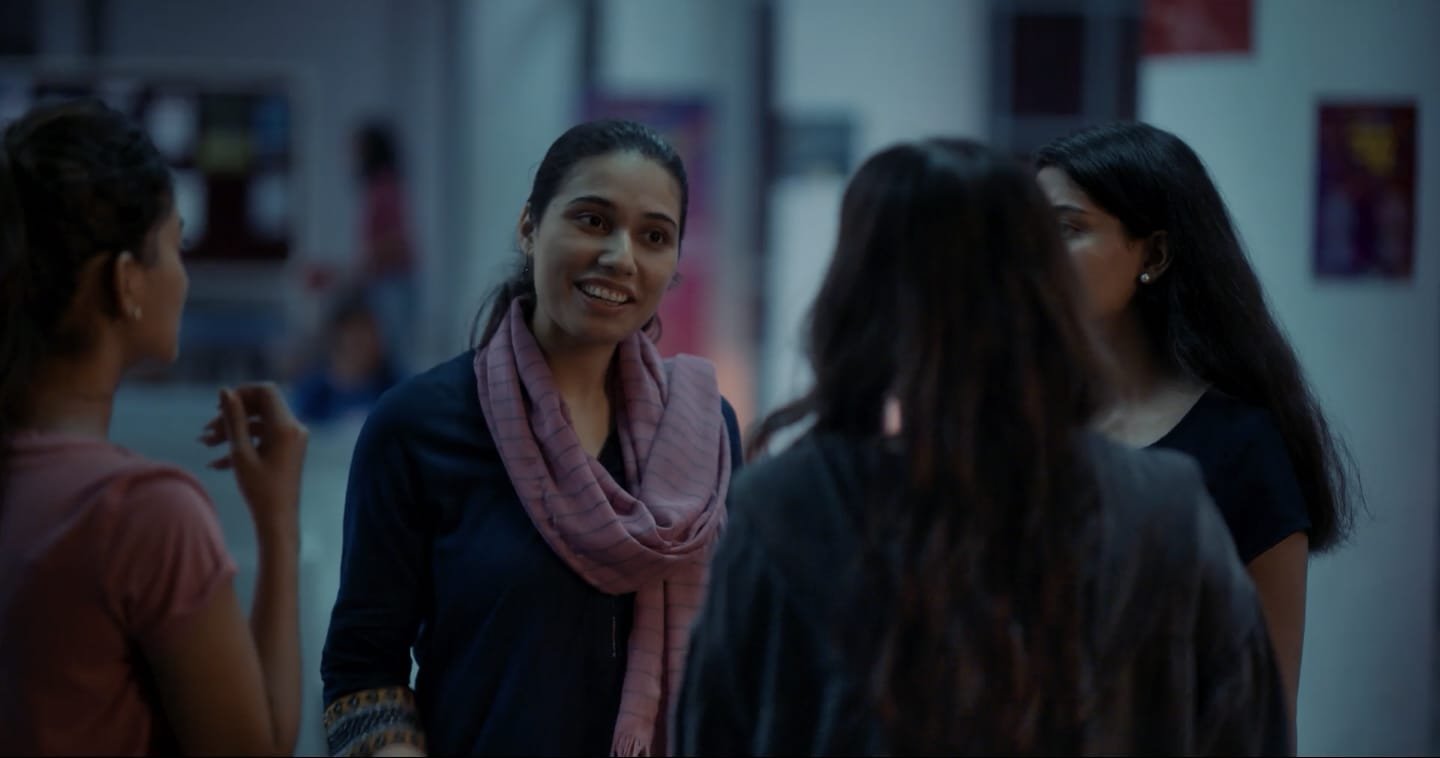 On the acting department, there’s nothing substantial either. Since love stories don’t really matter a lot, female characters are given even lesser agency than they usually enjoy. And that means fairly stifled and awful acting by female actors. Saloni Gaur plays Priyanka, a rebel without a cause. While it’s a clear extension of the ‘D.U waali didi’ character she has now nailed, she really struggles because of having nothing of substance to do. Ritvik Sahore delivers a mostly controlled performance as Abhilash, albeit with not too much to do other than getting happy or disappointed. Harsh Beniwal, although not a striking revelation, does impress as Sudheer to a degree. He doesn’t deliver a pretentious and over-excited performance that most artists from his line of work usually deliver. But then, even he suffers due to the all-over-the-place writing.

Overall, Campus Diaries is a jarring mess. There’s not a genuinely funny moment to be seen anywhere through the course of the show. But that doesn’t mean that it’s exclusively, extraordinarily bad. It comes from a tradition of bad social media art which is very effortlessly sold to the twenty-first-century Indian milieu as relatable. And, its word-of-mouth will mirror that sentiment well, unfortunately.