Adapted from the best-selling memoir The Tender Bar written by J.R. Moehringer, the coming-of-age film is directed by George Clooney. While it is instantly familiar with its done-to-death arcs and redundant storyline, the presence of Uncle Charlie somehow makes it special. This is a character all of us wish we had in our lives. Someone who would show us the light of wisdom when we had no clue what to do with our dilemmas as an adolescent.

Narrated by J.R. Maguire (Ron Livingston), set in early 1970s Long Island, The Tender Bar opens with a young boy, named J.R (Daniel Ranieri) in a car with his mother, as they drive to his grandfather’s house. J.R is raised by a single mother who believes that her son will have a bright future. She believes so, in spite of belonging to a family with a big line of fuckups. Her optimism helps J.R look at things differently in the house. He is quite fond of his uncle Charlie (Ben Affleck) who owns a bar, named Dickens, and is never afraid to share his wisdom that he likes to term as ‘male science’.

Related to The Tender Bar – Train of Shadows [1997] Review: A Rich tribute to the Visual capacity of Cinema

While his mother (Lily Rabe) tries her best to make ends meet with no educational background, J.R gets an occasional visit or a reluctant phone call from his alcoholic father who works at a radio station. Although JR tries to find his father in the voice of a radio channel, his uncle Charlie explains to him that his efforts to seek his father will only lead to disappointment. The young kid forms an affectionate connection with his uncle, which indirectly helps him perceive the world differently. 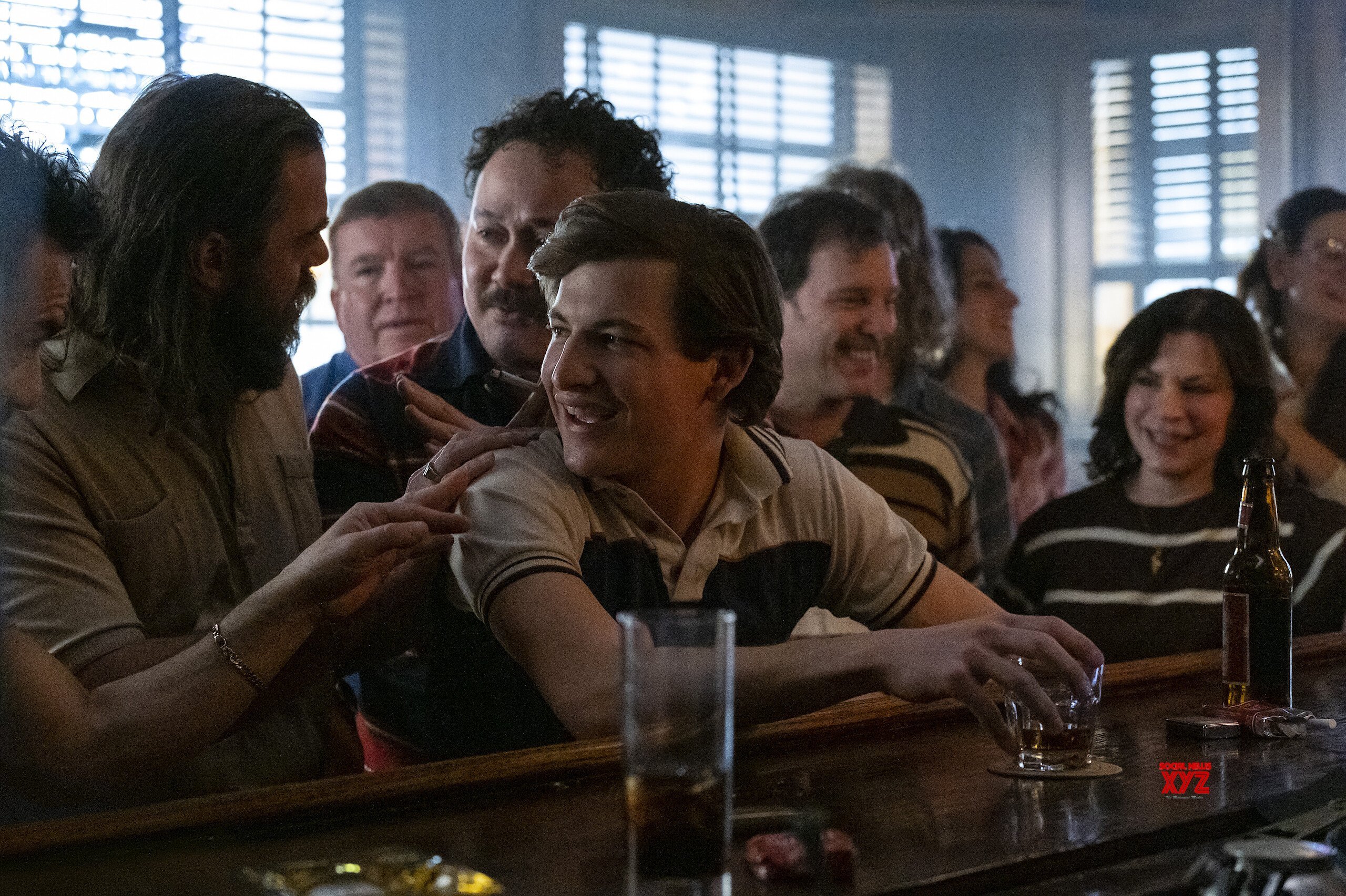 When the family discovers that young J.R has writing talent, uncle Charlie shows him to a room full of books and suggests he read everything that he can get his hands on. That is when J.R realizes that he wants to become a writer when he grows up. At the same time, his mother is determined to send her son to Yale or Harvard University so that he studies to become a lawyer and have a well-settled life.

The hard work and sheer luck pay off well and he gets a full scholarship at Yale. As an older J.R enters the dorm of the college, he instantly becomes friends with Weasley (Rhenzy Feliz) and also falls in love (Briana Middleton). And this is where things start getting pretty predictable. It resorts to the same formatted formula of a typical teenage drama film which had begun on a promising note but unfortunately fails to deliver till the end.

For me, the film began with a beautiful setup that made me feel genuinely invested in the characters. Ben Affleck playing this cool uncle who knows how to pull his shit together is just spot-on casting. While his character made sense to the film, it sadly didn’t do enough to raise the spirit of The Tender Bar. Clooney’s attempt to direct the film while delivering the intentions of the book falter too. During the second half of the film, it feels like there’s a huge gap in the transition of a young boy entering his adolescence. The sharp fall weakens the momentum of the film to a great extent.

I liked how the film explored the theme of the ‘supposedly’ lack of identity of a young child without a father figure, and how much of a taboo it is in the real world. Usually, films like these take this issue of ‘a child raised by a single parent in a not-so-comfortable environment’ to have some kind of sure-shot psychological effect. A confrontation sequence involving Ben Affleck giving an ‘in-your-face’ remark to a psychologist felt like a call-back to the ‘Matt Damon’ scene at the bar in the 1997 film Good Will Hunting wherein he confronts the intellectual-upper-high-class-people. 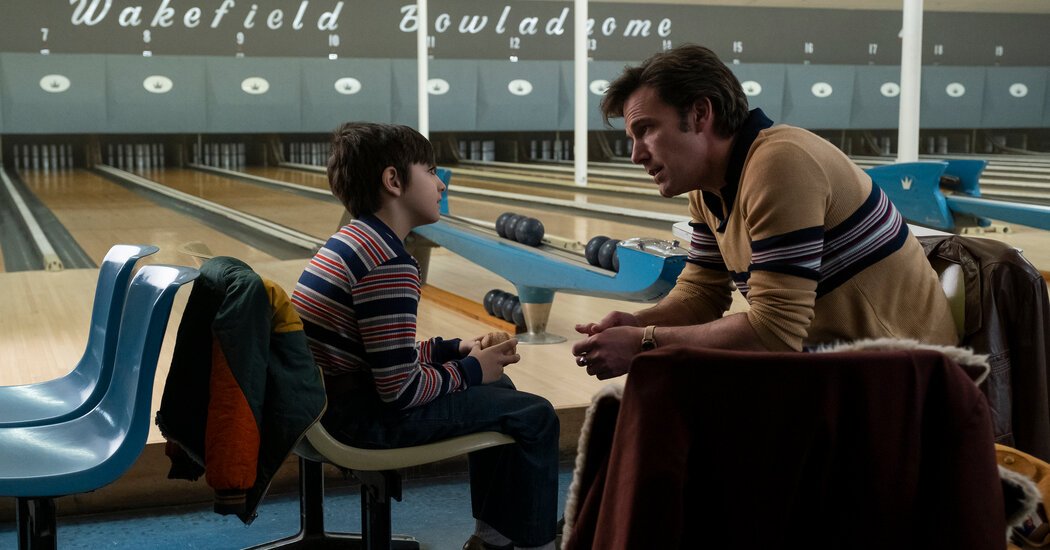 The Tender Bar also dwells on paternal abandonment, maternal illness, alcoholism (and domestic violence), classism, and unrequited love. However, these themes are only explored vaguely and are given an on-the-surface treatment. The dramatic idea to show the story of a young boy dealing with a lot at a young age was not in sync with the empathy required for such a character. It failed to derive any emotions when it visibly had the opportunity to.

The highlight of the film has to be when Affleck shares the screen with the bright star Daniel Ranieri. The duo had amazing chemistry that was remarkably paramount. However, Tye Sheridan, who plays the older version in The Tender Bar couldn’t handle the passing of the baton. It felt as if the older character was written half-heartedly and the director chose not to pay any heed to take any measure too.

Related to The Tender Bar – LOVE ME TENDER [2019]: ‘TIFF’ REVIEW- AGORAPHOBIA AND THE WORLD WITHIN

The film had an exceptional ensemble that gave its best, but it really couldn’t make things right. Clooney fails to deliver a strong character drama that, in spite of Affleck’s strong presence, doesn’t resonate well with the viewer. I hope the director takes more time to polish his scripts, clearly focusing on an agenda that stays with you. His direction is quite sensible but the lack of vision in the writing department greatly hampers his film.

Overall, the film is warm and has the right setup, backed by great performances of the central characters. However, I sure wish that The Tender Bar was not this easily forgetful and the warmth had stayed a little bit longer.

The Tender Bar is now streaming on Prime Video