My relationship to having a haircut has been fractious, characterized by a protestation of all attempts at normalizing, stemming from immediate, puerile fears that refuse to be shaken off- Will the earlobe be accidentally hacked out? Till a very recent year, and occasionally even now, I kept visualizing all sorts of gruesome possibilities, my fired-up imagination stirred by mnemonics of razors and blades. It has assumed the semblance of a distinctly uneasily, forcefully re-negotiated peace. Inevitably, I came to associate a hair salon as a site of violence. Watching Arun Fulara’s short film Sunday reconfigured my approach and asked me to consider what might seem as assuredly certain to many -the intimacy and quietly radical tenuous connections that can exist in the barber customer dynamic.

The premise of the film is fairly simple. It’s Sunday and the middle-aged Kamble sets off for his weekly haircut at the neighborhood hair salon. In his apparent singularity, he is perceptively at odds with his surroundings, which is composed of love-struck guys chatting away on the phone with their partners, and fathers patiently coddling with their kids. The stream of conversation around him seems to perturb his still center of being. He casts glances here and there somewhat anxiously; only when Jaan, the young strapping barber boy, meets his eyes playfully, do the lines of worry furrowing his face magically fade into the brightest of smiles. We note the palpable dissatisfaction and displeasure crossing Kamble’s face yet again, as Jaan tells his customer that the latter won’t look good if he gets his mustache trimmed. We sense the initial unfurling of the story’s emotional beats: Kamble wishes for Jaan to lavish this sort of suggestion, indicative of what he hopes for concealed likings, on him solely. He is distressed when Jaan doesn’t follow this line.

Kamble is transfixed by Jaan’s ways and the entrancement is captured in languorous, loving slow-motion sequences, as Jaan kneads and massages Kimble’s temple and performs his task. The space becomes incredibly sensual, despite the seeming banality of it. An ultimately improbable connection is forged for a while, and fantasies, seasoned with extraordinary hope, are cast in the crucible for yet another time, the strains of which are possibly latched onto till the next weekend visit.

The conversation between Kamble and Jaan is limited to the very customary, defined by the polite questions about health, well-being, and whether the former would like a haircut as well, to which the answer is a quick negative. The departure hinges on a note of gratification for Kamble, as Jaan proposes a trimming of mustache for him which will suit him nicely. 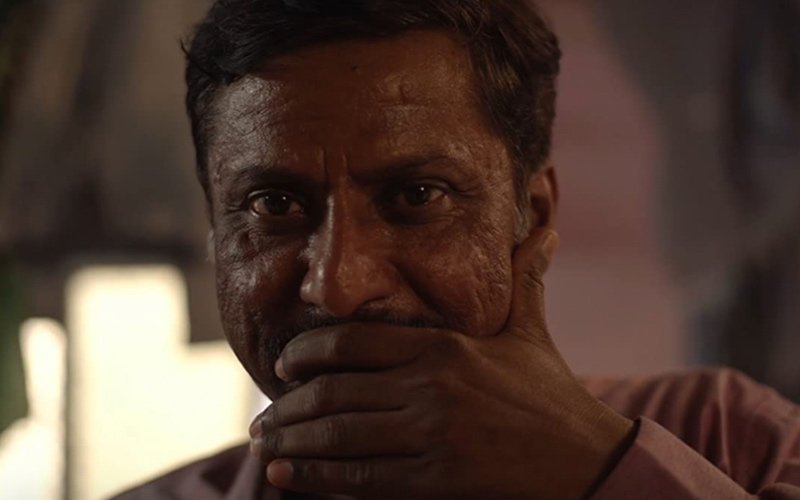 Shrikant Yadav suffuses Kamble’s gait with both tragic inevitabilities of fixed, unbending future, and a latter sense of wide-open delight in what’s to come the next weekend, though the knowing-ness embedded firmly in the circumstance hovers unfailingly. A sense of inurement to a life chained is laced with the occasional thrilling optimism offered by certain encounters.

Fulara has solid control of the essential rhythm of the narrative, which is both supple and resists being flattened by lazy tropes. The gentlest of pathos inherent in the eventuality, never hyper stressed, that of being bound to a living continuation one preferably wouldn’t wish to abide by, courses like a gossamer thread through the film. But Yadav’s smile, though fugacious and often diffident, is so radiant it lights up the frame. The film is charged with a subtly wistful eloquence, conveyed through quickly stolen looks, quiet pauses, and the tiniest of tentative, fleeting gestures. The finality of decisiveness is a privilege denied to non-conformists, sexual and political, of every hue and shade in this nation.

Shrikant Yadav renders with economic elegance an existence trapped in the elaborate, unfailing performance of heteronormativity that has to be practiced with daily well-oiled assiduousness. The actor’s performance, full of loving small touches, has rich subtext. Initially, he comes across as the immediately familiar middle-aged neighborhood uncle figure, whom one knows perhaps by the usual assertively masculine, imposing ways, but Fulara imagines those brief intermittent reprieves between those modes of being. In his application of cream to his face just before he leaves home for the salon, Yadav evokes a depth of Kamble’s fervid anticipation for the Sundays that perhaps keeps him going through the week during which pretense is the code of conduct. The bookending shot of Kamble looking almost blushingly at the mirror, imagining what Jaan has suggested, has a surge of sweet tenderness and innocence. Yadav’s supremely layered performance has such gravity, an abundance of sensitively modulated nuances wholly alert to the slightest of episodic action, and finely judged emotional detail, all located in a superbly well-rounded arc, that you wonder what the actor is capable of if he is given a feature film to lead.

Also, Read – Intersecting Loneliness with Migration: An Interview with a Young Punjabi Film-maker

There isn’t a single wasted or indulged moment thanks to Kaivalya Swati’s pinprick sharp edit, and Fulara’s concentrated center is also the way in we avert our sexual repressions to the very precipices, and how, amidst umpteen stories of youngsters discovering their sexuality flooding any streaming platform, an entire age bracket and demographic gets most casually excised. The beauty is Fulara accomplishes all these with minimal fuss and rare unshowiness, without any attempt to parade its designs or intentions.

I had first watched Sunday way back in August last year at the Bengaluru Short film festival. The film has lingered with me in deeply, vividly personal ways all these months, and watching it for the second time powerfully reminded me of how impeccably chiseled it is, the enormous strength in the brevity of its crisp nine minutes, and the very unassuming construct of it.

You can watch Sunday on Moviesaints