The protagonist of the new Netflix film shares its name with its protagonist. Lulli is a young adult who is a medical student. Her ambition is to become a renowned surgeon and more so to reach the next step towards her aspiration, as fast as she can. As mentioned by herself, she does not have the luxury of time for things to take their own pace. She embodies the go-getter persona who is hungry to succeed and wants to make it work almost in a haste. Due to the same, she also behaves impulsively without a clear thought of what she is dealing with.

Her subjects are not mere specimens who can be dealt with and discarded without utmost care. She does not have the privilege like an artist has or perhaps a sculptor, who can just abandon or destroy what they work upon. In the medical profession, the slightest mishap can prove to be fatal since every decision accounts for a life-and-death situation. This fundamental thought is orchestrated during one of the film’s scenes – where the self-centred protagonist gets a lesson from her senior, the surgeon that she works for. So she learns how the haste towards her goal isn’t going to help her but a calm-headed understanding would.

Checkout: 9 Movies to Watch if you like  Don’t Look Up on Netflix

Due to a certain incident, Lulli suddenly regains the capability to listen to other people’s minds. A part of the premise that is supposed to suggest a way how she learns to get out of her head and to grow as a character – is introduced in a sequence that handles a thread between supernatural and realistic approaches.

A tonal shift in the script that is not necessarily jarring, but feels unconvincing – even a little obvious as a plot device implemented to illustrate nothing but the narrative progression. So this way of introducing the ability to hear minds fits uncomfortably within the narrative of Lulli. 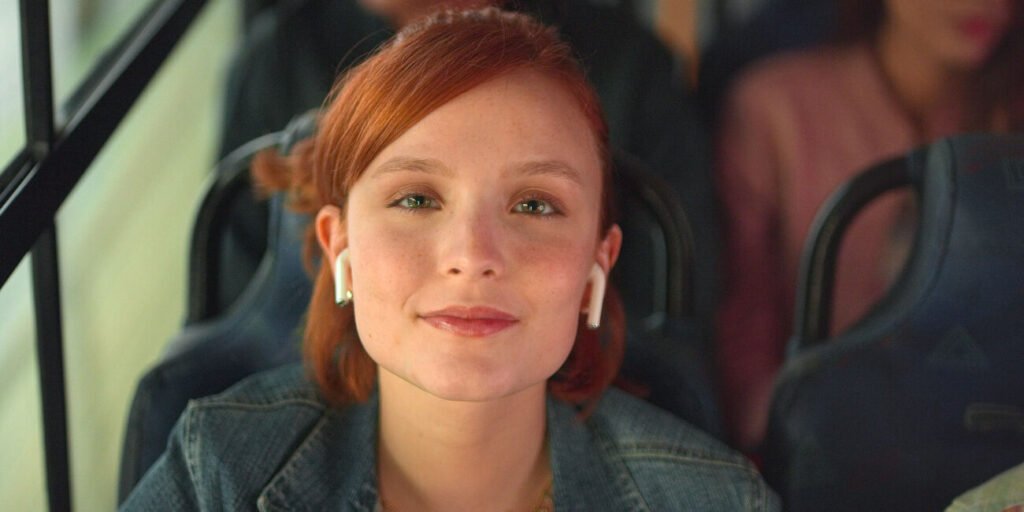 There is still enough drama to keep the film fairly engaging. You see a girl from an average-earning household trying to carve a place in an industry where the insiders discredit your professional worth solely due to the gender you are born into, who judge your ability to function effectively because of their ingrained sexism. There is a certain amount of tension introduced around her character as a result of that. That is something, which is certainly going to make one invested in her journey due to compassion towards her. The actress Larissa Manoela who plays Lulli brings the required energy and eccentricity to make her character alive on the screen – and to make one invested in her emotional journey.

But the script does not provide enough fodder to the conflicts in her life to make her journey matter for a viewer. The conflicts are extremely generic despite having a character that could have potentially created much more potent ground to introduce interesting themes from the real-world perspective.

The incredibly low-stakes narrative cannot even be passed off with a remark like breezy since it just resorts to all the rudimentary approaches through its significant bits. What I can gather the conflict in her life to be is her not being able to get ahead in her professional career and the conflict of not being in a relationship with her boyfriend.

The way the film’s script reaches the conclusion for both these narrative threads is rudimentary and lacklustre. While I appreciate the makers for not lengthening the film beyond a duration of an hour and a half, there is just not enough fluff for Lulli’s story to make a lasting impact as a film.

In regard to dealing with the gender disparity in the medical field, it introduces the subject through occasional interactions. It also has the angle of financial disparity which sets her character apart from that of her boyfriend’s. The amount of chances one gets and the ability to take them for granted or try to make the best out of them – the film makes an occasional attempt to turn the viewer’s attention towards such details.

However, such crucial details do not materialize in anything substantial – something that could have potentially made the film better on a cerebral front and also in respect to the individual character arcs. What Lulli remains to be is a series of missed chances while having the craft, the actors, and the potential to create something more worthwhile. While not entirely unengaging, this new Netflix release certainly stays unremarkable.

Lulli is now streaming on Netflix