Brian Kateman is the co-founder and president of the Reducetarian Foundation. His documentary “Meat me Halfway” (co-directed by Journey Wade-Hak) is something that proposes that there is a middle ground that can be reached when it comes to meat consumption and avoiding the absolute chaotic wrath of climate change. While this feels like propaganda waiting to mislead a generation of people, the documentary provides a well-balanced look at how meat consumption, its reduction, and trudging towards a vegetable-based diet is the need of the hour.

In 2018, an average American ate 222 lbs of meat or 0.6 lbs per day. Basically saying that an average family of four consumes about 888 lbs of meat in a year (or 74lb per month). While that figure might not seem like a lot, converting this number into time and counting the total energy that is consumed in order to complete the entire process comes down to a whole lot.

“Meat Me Halfway” opens with random social media comments and tweets from both sides of the spectrum. While meat-eating Americans are enraged when they are cornered by woke vegans to stop eating meat, there are people who are so oblivious to the adverse effects of meat consumption that they resort to condescending the other side by taking pride in their meat-eating abilities. 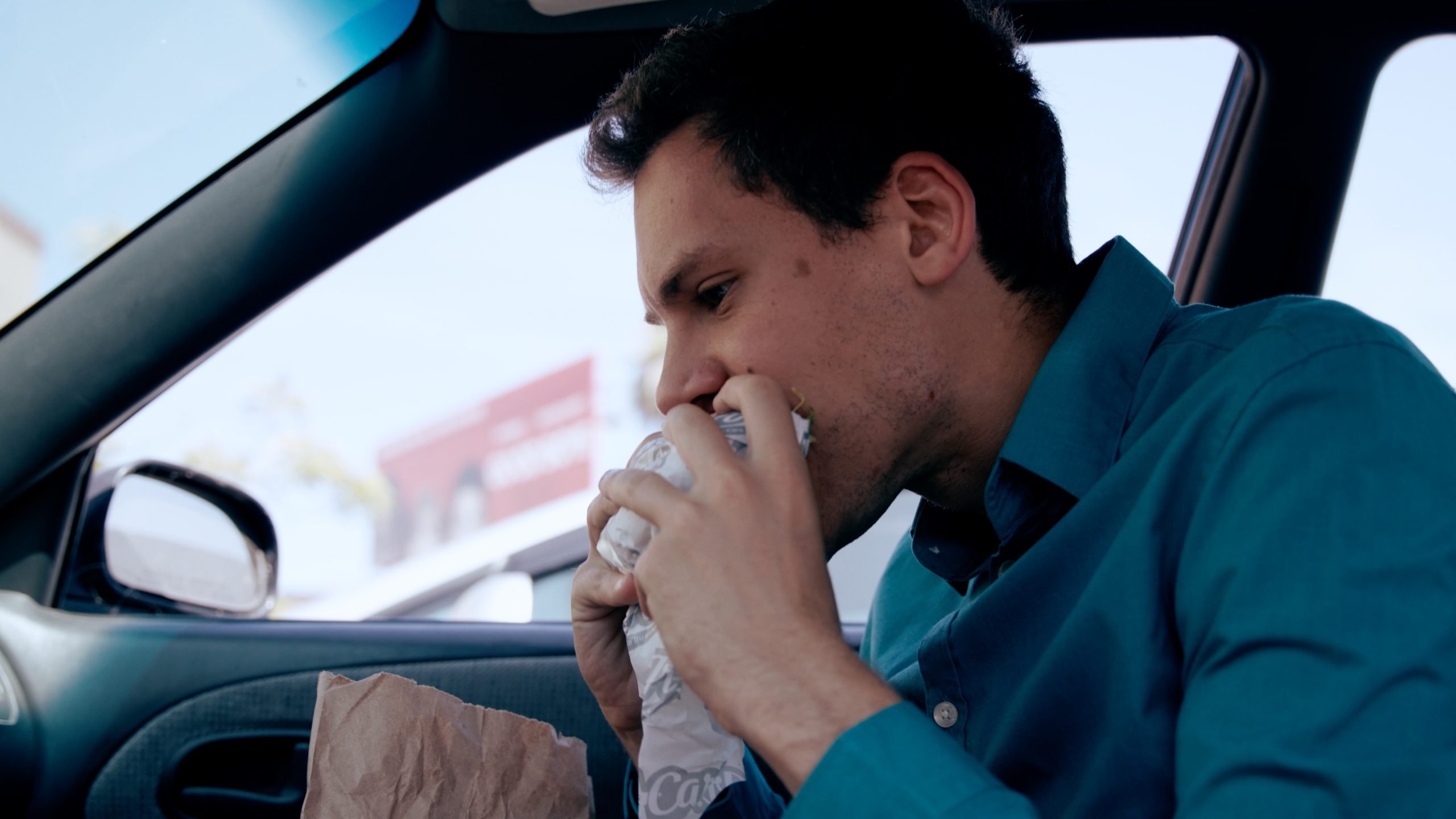 Kateman’s documentary does have expert opinions about how eating a meat-rich diet on a regular basis results in a lot of adverse effects on health, society, and the environment at large. However, since Kateman is pretty aware of the fact that changing one’s eating habits can be isolating, he takes a personal approach to getting the audience to understand it.

The film thus begins from a frame where Kateman is sitting across from his parents discussing how their meat consumption is actually affecting them. His parents, who have been meat-eaters all their lives are alarmed but also visibly disinterested in listening to their son tell them that going plant-based is in their best interest. He asks them to eat a vegetable-based snack and all they have to say is, they will not enjoy eating it, especially because it looks green. They would, in fact, eat it if looked like meat.

This is a funny way to get into a film that later talks about every possible way to look at eating meat and how it is leading the climate to warm up. While more than 80% of Americans and a large chunk of the people in the world still feel that climate change is a hoax, “Meat Me Halfway” talks about it in such layman terms that even the most uninterested audience will sit up and take notice.

Using sleek animation that is closely cut with experts discussing eating less meat, Kateman is able to make some important observations as to why people don’t choose the path of a plant-based diet. For instance, an entire sequence is dedicated to how privilege comes into play. Eating a plant-based diet, though healthy, isn’t particularly easy for a lot of people. Since meat-based products are cheap and easily available in the country, people just don’t see the point in going plant-based. 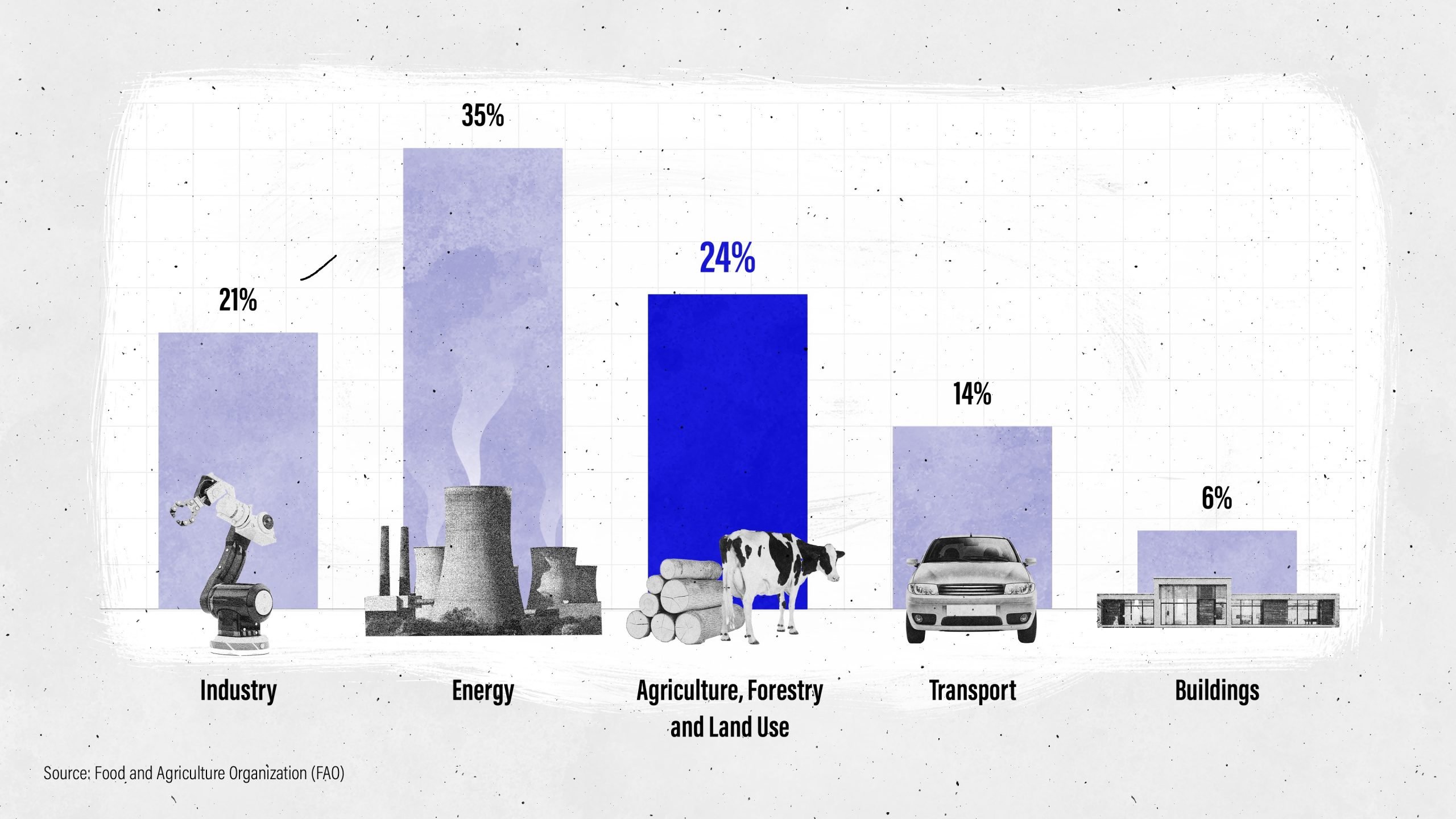 The most hard-hitting chunk of the documentary is where Kateman sits across animal welfare experts. They raise a pretty basic point that we, as a society are conditioned to have empathy for certain animals. For instance, butchering a dog is considered vile, while killing a chicken or a pig is never brought under the same lense altogether. Kateman is later seen visiting a pig farm where he witnesses thirsty pigs being treated as mere entities. Tears roll down his cheeks as he is devasted by seeing just how inhuman the entire process is.

While this emotionally moving moment for Kateman should move me as an audience too, I didn’t feel the same way. Not sure if it’s the very next moment where the director takes us to a farm that does the killing but with more respect for the animals, or just a flawed chain of written events that don’t tie well together.

Anyhow, flaws aside, “Meat Me Halfway” is a must-see documentary because it neither preaches its central message across nor force-feeds its agenda to you. This observant little documentary, however, looks at the hopefulness that a little change can bring to the world and I think that’s enough.