Modern Love Mumbai stands out from its American counterpart in ways that is more culturally sensitive towards a diaspora. The recurring theme of the anthology (besides love) seems to be the resplendent use of culinary and gastronomic traditions in people’s lives, particularly in reference to the two shorts named Mumbai Dragon(dir. Vishal Bhardwaj) and Baai(dir. Hansal Mehta). Going beyond just superficially flaunting a wide range of foreign and culturally rooted delicacies to a presumably wider audience of Amazon Prime in different countries, those shorts tried to impose food as a narrative trigger and established itself as a love language, because how can you tell an Indian “love” story without telling the tale of our greatest love– food.

Taste structures memory— or more specifically, what Proust terms “involuntary memory”—but the corporeal taste of food also compels a complex network of associative memories that emerge out of the narrator’s unconscious and conscious minds. Critics have often seen this moment of taste-generated memory as key to the narrative; we see it, by extension, as significant to modernist narrative innovation. In the very first scene of Baai, we see the protagonist Manzu’s memory of the ensuing Bombay riots get triggered when he thinks of Baai’s Sheer Korma and Yakhni Polao. He associates those foods, particularly with the skills of his Baai and any significant memory with Baai, finds its way through the recollection of food. The food-induced shock of memory tumbles Manzu and viewers into the past as we see a flashback scene with Baai protecting Manzu and his siblings and cousins. Such a gustatory spark also galvanizes a broader change in how it develops into the formal technique which is a cinematic equivalent to the stream of consciousness. Baai’s cooking habits and philosophy towards cooking were similar to Rajvir’s- something that becomes the foundation of Manzu’s relationship with Rajvir. He also narrated how elders in his family believed that food and music can make hard talks easier, a feeling Manzu always resonated with.

Scenes of eating and the visual description of food accrue thematic and sociocultural meanings in Bhardwaj’s short Mumbai Dragon. Here food becomes a clash of races and often a tool of imposing territorial love. The short is a clever piece of commentary disguised as a black comedy, one that manages to condense the paradox of a country perpetually stuck in a debate between tradition and modernity, insiders and outsiders. Set presumably in Mazgaon’s Chinatown, the plot revolves around Ming, an aspiring 20-something Indo-Chinese singer who finds himself in a warring match with his helicopter parent mother Sui after his Jain girlfriend Megha’s eating habits threaten to disrupt the family status quo. The narrative recollection can arise from the sense of taste, or from other senses— such as hearing— and often the taste also opens up the floodgates of associative memory. 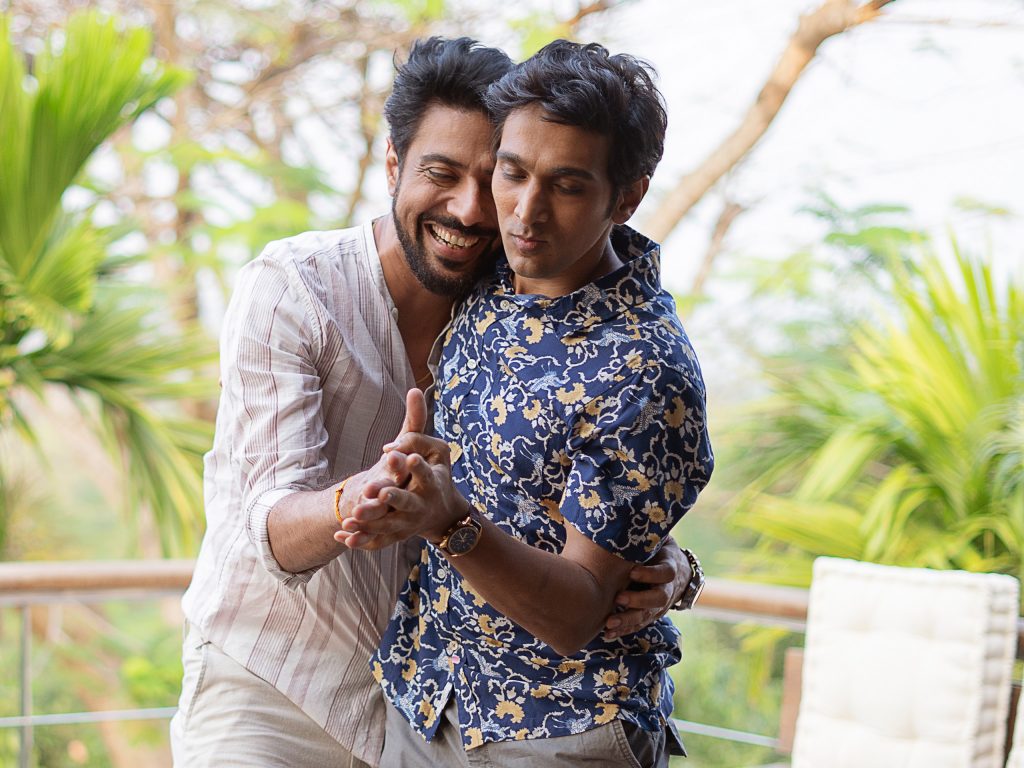 Similarly, a fascinated Megha’s curiosity leads to a recollection of how Sui’s immigrant grandfather had to invent Sweet Corn soup in a dire state, a story which was recollected with fondness but also showcases how racial abuses prompted people into cultural hybridity to sustain a living. It has evidently sufficed that the widespread affection for Chinese food did nothing to remedy the deteriorating situation of the Chinese in the United States. Aspiring Chinese immigrants were the first to be singled out for state-sponsored discrimination when the unambiguously titled Chinese Exclusion Act of 1882 forbade anyone of Chinese origin except merchants and students from entering the United States. The reality isn’t too different in India and the fond recollection also evokes the painful memory of Chinese camps during the Indo-Sino war, a conversation deemed too sensitive for Sui to have with an “Indian Stranger”. The deteriorating numbers of Chinese families in India attest to this fact.

The two shorts, Baai and Mumbai Dragon chronicle a distinct sociocultural and experiential understanding of cooking— one that makes the labor and skill necessary to prepare a meal, a springboard to narrative explorations of identity, sexuality, race, and both social and spatial mobility. The narrative of Mumbai Dragon invariably reminds someone of Bao and Turning Red. Bhardwaj shoots the dim sums, bringing, noodles like poetry in motion. Throughout the short, events and characters orbit around the kitchen, hallways, and other often- invisible spaces of the bourgeois household, where Sui’s foodscape both refers to and critiques the culinary milieu of cross-cultural dating. It’s very apt the closure of the final act also commences in the kitchen.

Some foods can be considered corrupting or polluting, but meals and other forms of ceremonial consumption of food are sacred, connected with a higher eternal order. Those of a secular orientation often look at religious dietary laws as arbitrary or superstitious. The very idea of tasting things different from one’s culture can evoke an instinctual disgust learned in childhood and though someone can appreciate the “other” culinary practices, it can often seem abhorrent to try those indulgences. The vegetarian Megha doesn’t even touch garlic, which is a staple diet in Cantonese cuisines, something that puts across a clash at the very beginning. Sui proceeds to counter her own by asking him how will he be able to live without garlic. Sui instantly cooks a dish of Stir-fried eggplant for Megha. Eggplant, a vegetable with much lesser culinary prestige for the Chinese, becomes the sole way to bond between Sui and Megha and becomes a symbolic dish of her acceptance of her son’s partner later in the story. Sui’s mother calls Megha a vegetarian witch and says that she will eat Ming alive. Both the statements are so ironical and it makes you stutter in even accepting the fact that a Chinese is attaching such tags to a Jain, at least giving it back to them once after being on the receiving end of stereotypical insults for centuries.

Smaller notes of cultural acceptance come and go with Megha’s father picking Chinese Pasta over Kofta and Megha smiling as Ming hogs her mother’s Chinese food alone in the kitchen. Sui’s Punjabi friend brings Phirni and Pickle for them and they gladly eat. Though Chinese communities have been historically really culturally tolerant of hybridization, it becomes eventually tough to be accepted for a single mother like Sui when her son dates someone outside of the community. Replicating and admiring the food of others is also as true as the long history of repulsion. Frightened by the possibility of losing her child to cultural dilution, she starts packing more food, putting no hid to her son’s resistance, and then tries emotionally manipulates him. She grows so territorial that she leaves almost no space for Megha to put her food in the fridge and fills the fridge with her own dabbas with Chinese dishes. Here, Sui tries to impose toxic parental love by making sure she has control over her son’s eating habits as she believes those aren’t just foods but a piece of her heart. She asks what’s the point of loving her son if he doesn’t value the food cooked by his mother. Ming finds it hard to argue this without breaking his mother’s heart and reminds her that she was the one who taught him that we don’t only eat to fill our stomachs and it is the simplest and most honest way to show love so he and his partner Megha want to cook for each other to showcase the love that they have between them- a theme that had many cinematic equivalents in Little Things and The Lunchbox. Sui clearly knowing that there is no fault in the logic, tries to emotionally blackmail her son with some melodrama and even throws away the food Ming refuses to take along with him and eventually gets Ming to keep a more rationed meal from her every week. With the change of fortunes for Ming’s career, Sui realizes her mistake of being territorial with her adult son and decides to let go of her prejudice against her son, arguing in another culture. 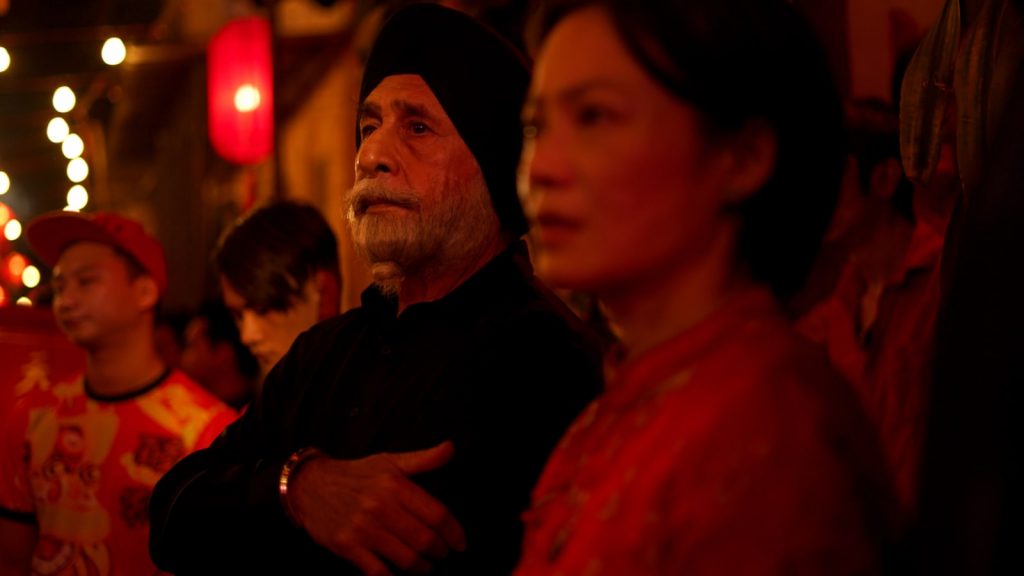 For Sui, Megha (to no fault of her own) acted as a physical reminder of the many discrimination her Chinese ancestors had to suppress to get accepted as even a citizen in the country and clinging on to her son and letting him not marry in a Jain community would suffice as an act to prevent more delusion and generational trauma. A decision which is totally understandable given to bubbling anti-Chinese sentiment at the end Post-Covid and the country’s increasingly fashionable penchant for intolerance towards “outsiders”. Still, after many weeks of deliberation, she finally grows out of her villainisation of vegetarianism and sends a Dabba of Stir-Fried Eggplant for Megha to eat accepting her into the family; thus sending a piece of her heart disguised as a mere vegetarian dish.

Sensory and savory pleasure has always been two sides of the same coin- marinated with both love and nostalgia, food in all its taste, sight, and smell wrecks heavy on our hearts as the token of parental affection. Thus the short starting with The Mother’s crying face situates itself well to end with the mother’s labor of love- the food packed in dabbas. This final image encapsulated the concatenation of events that led to Sui’s regathering of pragmatism. Sui understands that though there is no grand emotional resolution to be found here, her acceptance of the situation will help their mutual love to prevail. Sui sending lesser dabbas and a token of stir-fries veggies is not defeatist, rather it is recognizing that she can’t hoard Ming’s attention forever. She needs to let go of her possessiveness for Ming to love another person in a healthy way. And Ming’s desire to cook for his partner shows that he has inherited the love language from her mother and wants to keep his love for her mother alive by always loving his close ones the way his mother loved him.

Food studies push the boundaries of materiality and agency in art and culture, making us see beyond the individual human story to the environmental, cultural, and global impact of the relationship between eater and eaten. Rather than being mere consumers, the eaters of Modern Love Mumbai make evident how food formatively drives them, their motivations, and the larger story of their narratives in this world. Sui starts the short by saying, “Be it any cuisine, the taste doesn’t come from spices, it comes from love” and similarly Baai ends the other short by saying, ” There is no secret Masala to food, except for only one ingredient-love”. Modern Love Mumbai shows Food provides a connection among immigrant generations, and although a cuisine can seldom be preserved intact under conditions of assimilation, it survives vestigially as a symbolic language. And that Food matters spiritually. 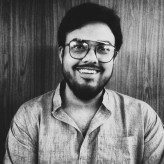 Identifies as a reluctant writer. Loves oxford commas. Perpetually forgetful about adding them. Hates any assignment that requires him to add sub-headings. Detests tags but calls himself a raconteur. Winner of the Chidananda Dasgupta Memorial Award for Best Film Criticism 2021 by FIPRESCI INDIA.