Ms. Marvel Season 1 Episode 3 Recap & Ending Explained: In last week’s episode, we saw Kamala (Iman Vellani) and Bruno (Matt Lintz) analyzing her newly discovered superpower and the origin of it and Kamala’s other friend Nakia (Yasmin Fletcher) deciding to stand in the Mosque board election in order to stand against age-old oppression and patriarchy in a really engaging subplot.

One thing Ms. Marvel is doing extremely right is they are picking up every episode exactly from where the last one ended. This one is no exception either but with a twist where it opens with a flashback sequence which actually explains a lot of mysteries regarding Kamala’s power.

What follows that flashback sequence is an episode where Kamala starts to wonder what it takes to be a Superhero, and questions if she is doing good/right, while her brother’s wedding party turns into an epic, chaotic mess.

The usual MCU intro music is replaced with the distinct Indian classical laced chorus humming (already heard in the show before) and we are in a cave in pre-partitioned India. The year is 1942. Kamran’s mother Najma (played by Nimra Bucha, was introduced in episode 2) who is looking mostly the same as in the current timeline is seen holding the bangle and trying to save that from British invaders along with Aisha (Mehwish Hayat). When the cave suddenly starts to collapse, Aisha wears the bangle and it lights up, and then parts ways with Najma in order to save the bangle which is their only hope to reach “home”.

Cut to the very next scene, we see Kamala in Kamran’s house where Najma explains that they are a group of people (including Aisha) from another dimension (which they call Noor dimension) called “Clandestine” who have been on the run and trying to get back to home; ever since they were exiled from their own dimension. Najma introduces Kamala to the rest of them; Fariha who wields a spear, Aadam, and Saleem who wields a golden mace and powered whip, respectively. Najma also says they have been looking for Aisha ever since the last time she was seen with the bangle but with partition and everything happening in the world, they haven’t been able to. Kamla asks if Kamran was also one of them and actually very old to which Aadam confirms that Kamran is one of them but he is indeed a 17-year-old who was born on the earth. They also tease Kamran over his crush on Kamala.

Najma seeks help from Kamala as she believes the bangle is their only chance to get back home and as Kamala is actually from earth but also Aisha’s family, she might have more power than them. Kamala wonders if her wearing the bangle is actually any good considering the chaos that has happened ever since she started wearing it but Najma tries to reassure her by telling her it all actually means something and Kamala’s purpose is to finish what her great grandmother Alsha started; which is to get the Clandestines home. Najma also tells Kamala that their kind (including Kamala) is known as “Djinn” on the earth. 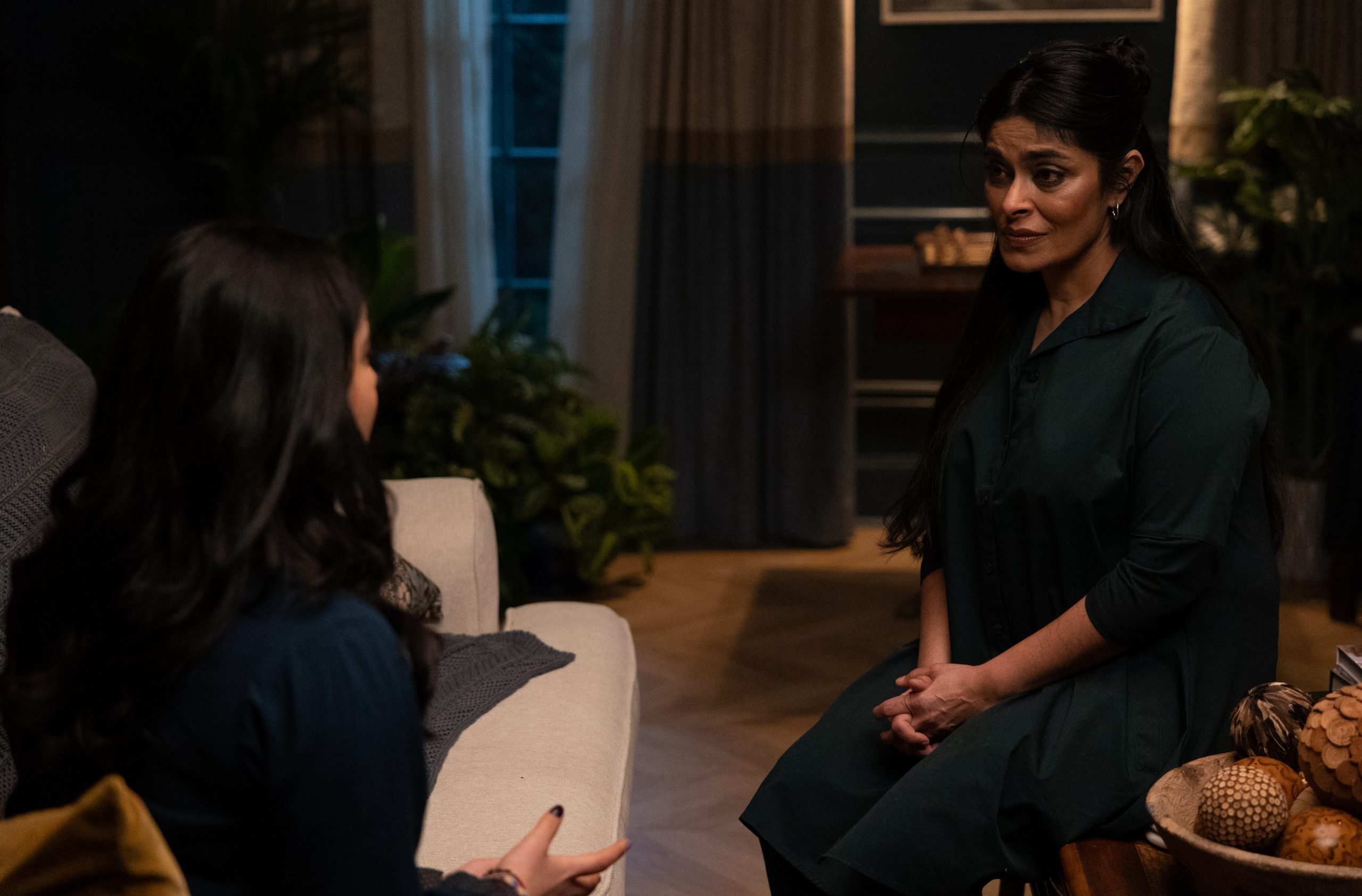 The story moves back to Kamala’s house where we see a very excited and anxious Kamala telling Bruno everything that she has experienced ever since she was chased after saving that boy in the mosque. Bruno, who was very anxious and worried for her, is obviously shocked to know all this. Kamala now asks Bruno if interdimensional travel is possible as she is planning to help the Clandestines get home. Bruno says even though it’s theoretically possible, executing it for real is a very risky thing to do. But Kamala focuses on the part where it is possible and she wants to help the Clandestines get back home.

Bruno tries to convince her to wait a bit further and analyze the situation but Kamala says Carol Danvers (Captain Marvel) wouldn’t wait in a situation like this. Bruno gathers the courage to say that would make Carol reckless and also mentions that he has been accepted at Caltech (which he couldn’t tell Kamala in the last episode). Kamala is happy and overwhelmed to know this. She asks Bruno why he didn’t tell her this before to which Bruno replies she got busy with everything going around. He also promises to help her figure out a way to get the Clandestines home but he wants more time to do research about it. Kamala texts Kamran at night that she would need some more time to figure out a way to help them.

Meanwhile, the damage control agent Sadie Deever (Alysia Reiner) reaches the mosque to investigate the South Asian brown girl they have been chasing but Nakia blows them off by saying they have no right to investigate without a warrant. She introduces herself as someone who is running for the election and almost implies she will be part of the board soon. Nakia later visits Kamala and while it seems like Kamala is about to tell her everything, Nakia starts to talk about this mystery girl who has been on the internet and tells Kamala about how the Damage Control people came to the mosque to harass them. Nakia is also happy that she is making a stand on her own and her wish of being on the mosque board is going to come true. Kamala starts to feel bad about how her actions have started to affect everyone’s lives.

Later, right before Aamir’s wedding to Tysha Kamala speaks to the mosque imam about what makes someone good to which the imam explains how everyone has good within and it’s their action, not words that define them. Muneeba finds Kamala in the toilet tending to her wound (which she suffered while saving the boy on the night of Eid) and asks Kamala how did that happen. Kamala lies about falling down from the cycle. Muneeba somewhat realizes something is definitely going on with her and tells Kamala she doesn’t have to deal with things alone when she has her family where everyone loves her. Later, Kamala overhears her father talking to a confused and anxious Aamir about how it takes courage to love and be there for the family right before the wedding. 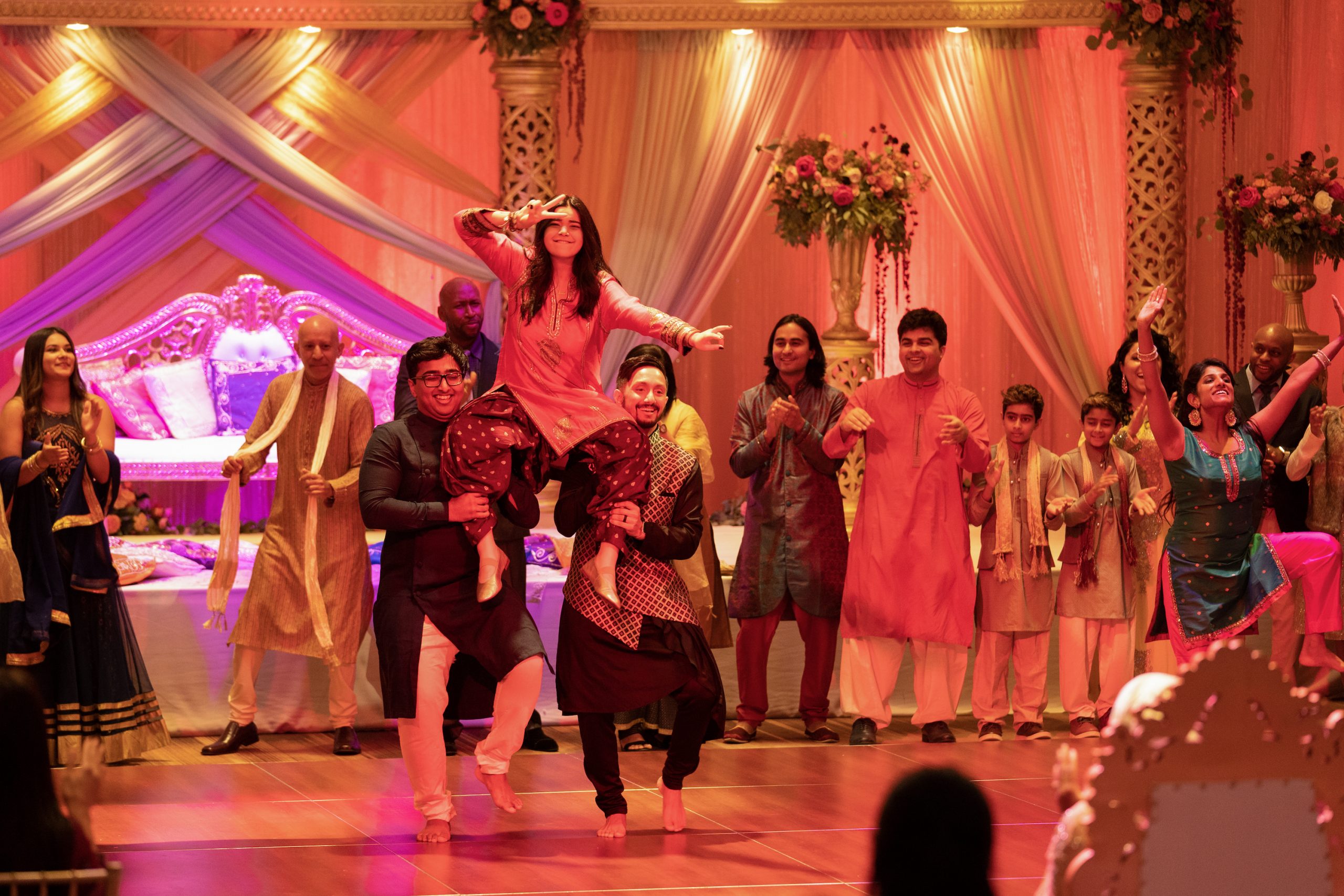 At the wedding, everyone has so much fun and danced to Bollywood numbers. Meanwhile, Kamran finds out his mother is checking his phone conversation with Kamala and gets irritated. Najma then reveals that they were merely asking Kamala to help because they are gonna get it anyway. She also tells him they can’t wait anymore and they are going to the wedding to forcefully get Kamala to help them. Kamran rushes to the wedding and alerts Kamala and Bruno before his mom and the other Clandestines reach there.

Kamala rings the fire alarm to get everyone out of the venue before the Clandestines arrive. She manages to do so but gets herself stuck inside while trying to alert the kitchen staff. The Clandestines attack Kamala and she tries to fight them off with Kamran’s help. Bruno also gets back inside to help them. But the Clandestines corner all of them and Bruno gets injured in the process. However, the Damage Control people reach the place and capture all the Clandestines including Kamran. Kamala and Bruno sneak out but while Kamala uses her power to close the door behind, Nakia sees everything and she realizes it was Kamala all along. Kamala promises to explain everything later before hurriedly escaping the scene.

In Marvel comics, the Clandestines are a secret family of long-lived Superhumans which is not exactly how the show has introduced them. As of now, they seem like the antagonists of the show although they do have a reason behind their actions. While Kamala being an inhuman theory (also referring to the comics) is floating around for a while the show hasn’t done name-dropping yet and at this point, it seems like the makers have a different plan altogether.

The story behind the bangle is revealed a bit more in this episode but the technology (or magic) behind the power originates from it is still unclear. There are however clear possibilities of that being a fruit of the advanced Skrull technology which ensures a direct tie-up to the Captain Marvel storyline.

If someone looks closely, in the opening scene the cave resembles the symbols of the ten-ring organization which is not surprising considering the organization has been in the MCU for many years and decades (as confirmed in the Shang Chi movie last year).

While Bruno and Kamala were talking about interdimensional travel, Bruno mentions a paper by Eric Selvig (a character that appears in the Thor franchise) which might also mean something, although that’s a very long stretch.

Nakia finding out about Kamala in the final scene is going to be a very important change in the dynamics. It can be assumed at this point that Nakia knowing will actually help Kamala further to keep everything in balance.

We are going to find out more in the remaining three episodes.