Home»Reviews»Ocean of Grass (2018) Review: An Elaborate Study on the Life at a Ranch
Reviews

With the newfound interest among the urban classes to abandon a tech-based lifestyle and trace life back to the humbler professions of cattle herding and home building as held up in the latest Netflix comedies, it will come as a surprise to us how much we romanticize the difficulties of that life. Narrowing the context down, when we think of the USA, our flight of imagination takes off along either of the coastlines, and we only think of the arid midwestern region in terms of sunny westerns. Even Dorothy from The Wizard of Oz (1939) swirled away in a tornado right at the start of the film to commence her story! First-time filmmaker Georg Joutras situates his approximately 90 minutes-long-documentary film, Ocean of Grass: Life on a Nebraska Sandhills Ranch, in the heart of midwestern America. He helps us study, with close and careful observation around the life of the people at a cattle ranch in Nebraska, the carefully navigated, rugged life of those involved in cattle reading. It is an excellent effort towards the same.

Joutras has spent a year at the farm that is now run by the McGinn family for livestock rearing purposes. He spends a great deal of time capturing the seasonal change as they experience it at the farm. Vast acres of grassy land, soft blowing breeze combing through them, gallant sunsets, and a chameleon sky – the frames reminded me of the timeless quality of nature in Bela, a documentary film by Prantik Narayan Basu streaming on MUBI that makes an equally fantastic effort at capturing the rhythms of nature in a small, inconsequential Bengal village still largely untouched by technological advancements. Life is slower than life in the cities as we know it. It is like a lullaby, and like a lullaby, it has its own sweet tune.

Similar to Ocean of Grass: Nomadland (2020) And Its Most Elite Trifecta

In a favorite frame, the pouring rain makes for a live-action backdrop to an idol of Jesus Christ, making me wonder why Joutras doesn’t harp upon the religious tenets of the people at the ranch in this documentary. They sure discuss God but some questions, like this one, go unanswered. The director has still managed to spin a comprehensible tale via a set of interviews, even enduring family stories, with the fourth-generation ranchers in the McGinn family. The narration is episodic and will help even a younger audience grasp the storyline without much effort, making this a documentary that caters to the needs of all educational strata. 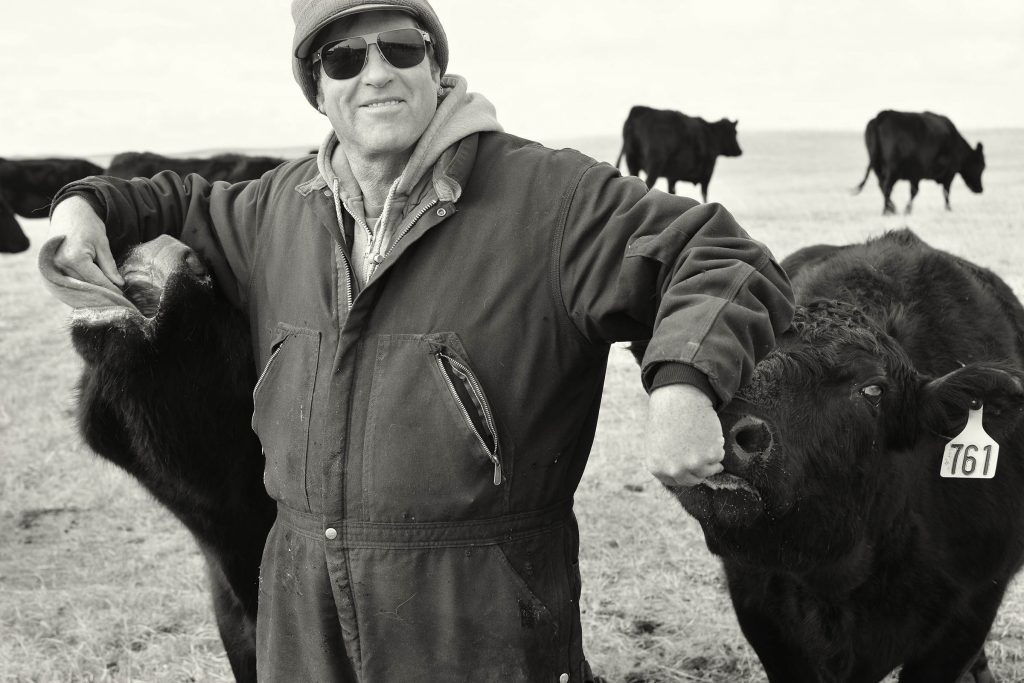 I also love how Joutras spends so much time documenting the black cows reared at the farm. They are, after all, the real subjects of this documentary. The relationship that the ranchers share with these animals is ripe with care. We see instances of the same when the ranchers go out in search of missing cows and calves or try to cure the diseased cows. We also understand that the ranchers are barely pulling through economically, constantly faced with the silent question of whether or not they should rather sell the family farms to the big corporate farms. They seem resilient; they have neighbors who come to their aid. But with inflation and the risk of a bad spell, how long shall they be able to hold up? There’s some ambivalence in the air, sometimes juxtaposed with nature metaphor and at other times harshly terminated with a change in tone and scene. The latter isn’t desirable. The political commentary is subdued, but I don’t think Joutras ever meant to go into it, both to his credit and discredit.

I found it really interesting when we are introduced to the painter on the ranch. For a family so traditionally into the livestock rearing business, it is difficult to imagine that one of the ranchers even turned out to be a painter who positively puts his canvas to use and captures the mood of the ranch through artistic brushstrokes. The variety of life and set of professional skills that a rancher requires cannot be fit into a two-page resume for a corporate job. As they rightly harp on it, they have four different works in four different seasons. There’s so much variety in what appears to be monotonous cattle rearing; would we have ever realized it had we not looked at life on a ranch with a microscopic vision? I don’t think so.

Ocean of Grass is a beautiful calming feeling. To some, it can appear to be what it seeks to move away from being – a romanticized idea of farm life far away from the city humdrum. It can appear to be too slow for the trotting background music in some snatches. To me, it was the life of a modern-day rancher that Joutras is raising a toast to. In his efforts, he is mostly largely successful. To think that he has spent almost 3 years producing this beautiful token of ranch life should be enough to convince you to watch this documentary. If nothing, watch this one for how it feels like a warm bowl of stew after a long day, helping you unwind before bed. It is now available to stream on VOD platforms.

There Are No Saints [2022] Review: A bleak but traditional Revenge drama