Otherhood is now streaming on Netflix

The role of parenting includes that of provider, moral compass, motivator, pincushion, and then some. It is a multi-faceted process with many twists and turns along its paths. Some core fundamentals and questions accompany this journey. Will my child have a life worth living? Will they be a good person? Have I done enough? These questions continue to remain open throughout a parent and child’s relationship, extending into adulthood. Many try to seek closure while subconsciously realizing that it is an evolving process. In the new Netflix movie “Otherhood”, the three mothers in question become that – “others” – and are trying to complete the spelling of the word so that it and its meaning remain in tact.

In this film, three longtime friends and mothers (Angela Bassett, Patricia Arquette, and Felicity Huffman) all reunite for their Mother’s Day Brunch. They are realizing that there has not been a great deal of communication between themselves and their sons, especially on this day.

They decide to roadtrip to New York to ensure that they are still relevant in their sons’ lives, all adults of their own. The ensuing dramedy involves a plethora of secrets revealed, past betrayals, and revelations about the course of the characters’ lives. 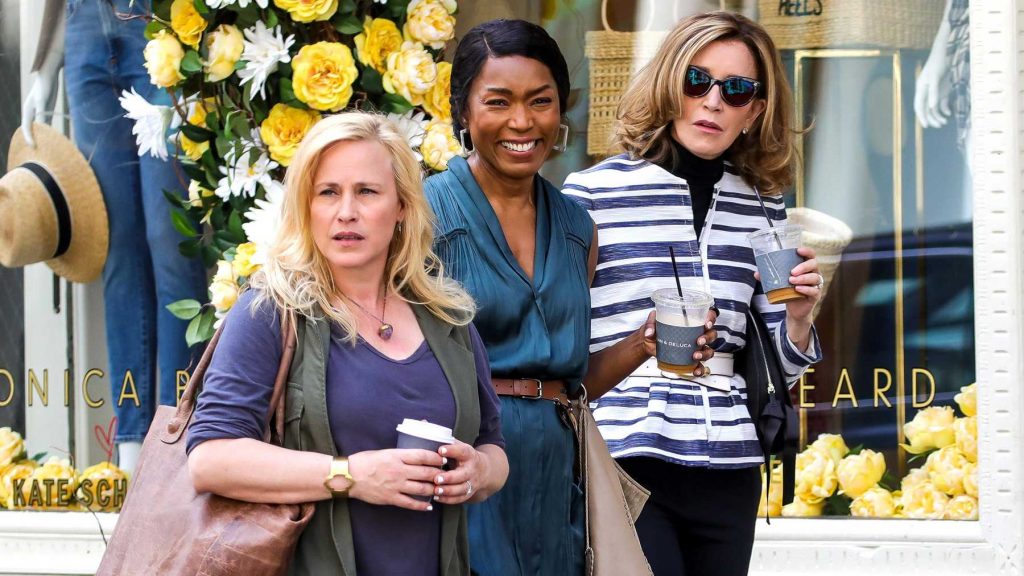 As for the film itself, I found it to be a fun watch but quite predictable in terms of its blueprint of character and plot development. I felt that the essential aspect of character connection was impeded by the predictable tropes to achieve endpoints in the film.

Deep, potentially rich interpersonal issues especially related to parental bonding were glossed over in a very mediocre fashion. The lead actresses worked with what they were given, but their acting chops deserve better than this material.

The whole premise of the film is quite important and timeless – the evolution of relationships between adult children and their parents, as well as the friendship between women. That does not balance out the unfortunate path that allowed it to fall into the Lifetime movie formula with a few swear words added in for good measure.

The Wind [2019] Review: A Menacing Portrait of Isolation