American New Wave director Peter Bogdanovich (also a critic and film historian) was a skilled cinematic craftsman. His first four films made between the years 1968 and 1973 belonged to entirely different genres. The debut feature Targets (1968) was a taut thriller about an insane sniper killing off strangers on the street. The Last Picture Show (1971) – nominated for 8 Oscars – is a bittersweet tale set in the suburbs of small-town Texas which set the precedent for this dramatic sub-genre. In What’s Up Doc? (1972) Mr. Bogdanovich took on the classic and distinct Hollywood genre of screwball comedy. It was followed by the director’s most famous work Paper Moon (1973), a road-movie/dramedy set in the Great Depression era. Director Bogdanovich later made some quality films like All they Laughed (1981), Mask (1985) and Noises Off…(1992) but nothing came close to his earlier best works: The Last Picture Show and Paper Moon, the later one was treasured and so memorable, thanks to the performance of little Tatum O’Neal.

Based on Joe David Brown’s novel ‘Addie Pray’, the script for the film was written by Alvin Sargent (who won 2 Oscars later for ‘Julia’ and ‘Ordinary People’). Peter Bogdanovich states he coerced the writer to do a lot of re-writing to bring the classic, perfectly sculpted three-act structure to the narrative. Paper Moon was original to be directed by John Huston while Paul Newman and his daughter Nell were in talks of playing the central characters. But when Bogdanovich came on-board he insisted on Ryan O’Neal (Barry Lyndon) who had given two big hits at the time – Love Story (1970) and What’s Up Doc? Nine-year-old Tatum O’Neal – Ryan’s daughter – had never before acted in her life but went on to win Supporting Actor Oscar (and the youngest one to do so).

Peter Bogdanovich, who often lionized old-school film-makers like Orson Welles and John Ford, believed in their rule of getting the cast right. And among the director’s works, Paper Moon has the most perfect cast (right up to the girl who plays Imogene). Traditionally child actors win awards by pushing our sentimental buttons, but Tatum’s performance has the unbelievable raw energy and subtlety of a seasoned actor. Director Bogdanovich has expressed that he had a hard time working with the little girl and went through numerous takes to ‘manufacture’ the subtlety. Manufactured or not, that precious precocious look on Tatum’s face provides genuine heart to this incredibly funny movie.

Shot in glorious black-and-white, the film opens in the dusty roads of small-town Kansas, 1935. Nine-year-old Addie Loggins (Tatum O’Neal) is attending her mother’s funeral as Moses Pray (Ryan O’Neal) drives his derelict car to pay respects. The neighbors commented on how Moses’ and Addie’s jaw looks the same. Addie wonders if Moses could be her pa as it was between him and two other local guys. Before long, orphaned Addie is saddled with Moses to deliver her to an aunt in St. Louis. Moses is a con-man who scams recently widowed women by selling them overpriced Bibles. Moreover, considering the bleak economic climate of the era, Moses feels it would do no good to have a little girl while doing business. So he uses Addie’s mother’s name to pull some blackmail money and send Addie on a train trip. But she is a tough girl who knows all about the manipulative ways of the adults. She uses foul languages (may not seem foul for our time), and in leisure smokes a cigarette, listens to the radio and discusses the virtues of Franklin D. Roosevelt. Addie beats Moses at his own game of blackmail. However, things turn out better for both when Addie displays what a natural con-artist she is. Moses makes more money than ever, a miracle considering how families are migrating in broken-down trucks to escape from the Great Depression. Of course, the road adventures of these desperate souls through small towns of American Midwest encounter few obstacles.

“Two good actors, no cutting, and a lot of movement in the background. It isn’t distracting. It gives you the feeling of life going on. This, therefore, becomes more real. That’s my idea of a good scene,” says Bogdanovich whose classical approach to film-making unmistakably instills brisk pacing and sharp humor. The thing about road movies is that the journey can easily turn boring. In Paper Moon, Bogdanovich perfectly judges the narrative’s flow to decide when to go for emotions and when to change the track. As I mentioned earlier, the director neatly demarcates Addie and Moses’ trip into three acts: the first showcasing the development of a unacknowledged father-daughter relationship; the second act devoted to humorous conflict between Addie and money grabbing Miss Trixie (Madeline Kahn), under whose spell Moses falls over, and the final act leads to the duo’s run-ins with a bootlegger (John Hillerman) which finishes with pleasantly sentimental ending. Peter Bogdanovich paces each episode beautifully and cuts to next before it gets stale. Despite being an adventurous comedy, it is to the director’s credit that we are bestowed with some excellent poignant scenes. For example, the scene when Kahn’s Trixie respects Tatum’s Addie while also recognizes the girl’s hate for her. We really feel for the character who would be otherwise pigeonholed as a ‘floozie’. 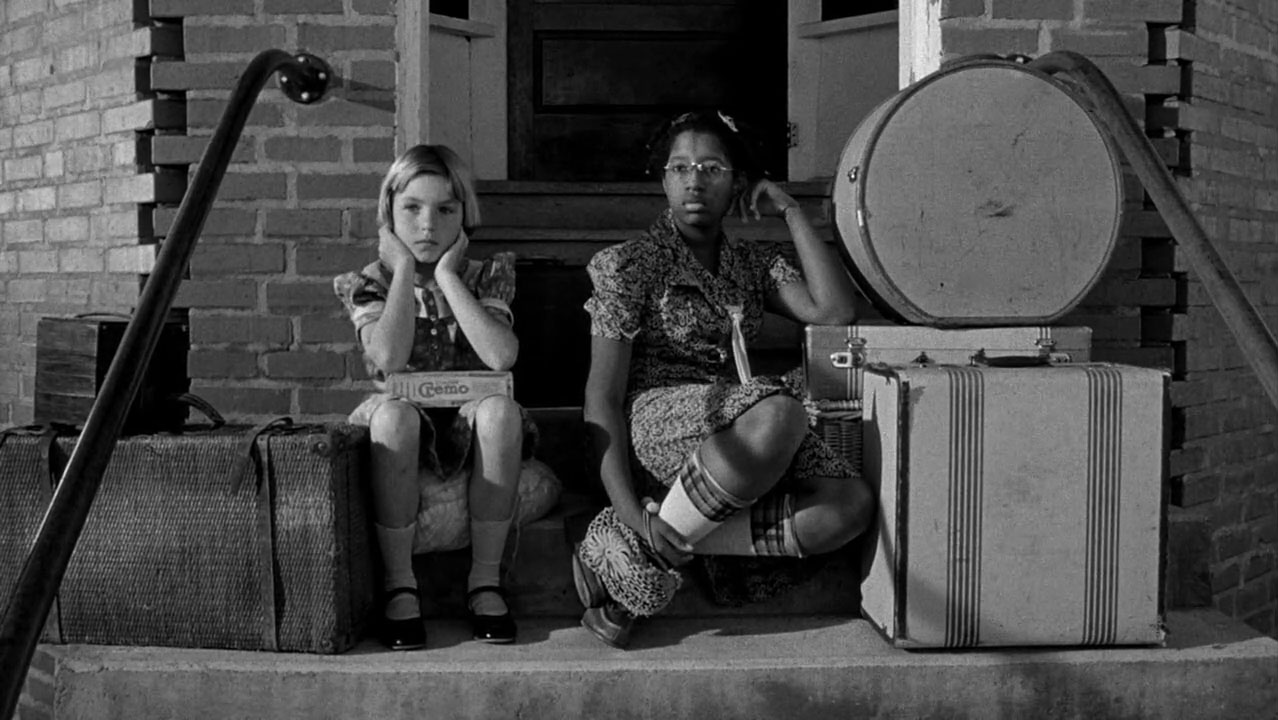 Director Bogdanovich’s decision to go for deep-focus and uninterrupted takes with fast, overlapping dialogues was a huge gamble, especially with an inexperienced kid actor. But not only he got it right (after numerous takes), those scenes add veracity and sense of urgency to the narrative. The scene (at the end of 1st act) when Ryan and Tatum have a big argument over the bibles while driving through dusty roads in the middle of Kansas has gained notoriety over the years on how many days and takes it took to get it perfect. On screen, this particular scene still looks brilliant. It nudges us to consider the unspoken father-daughter connection between them. Bogdanovich eschews background details for the benefit of characters, but what keeps our eyes glued to them is the nuanced usage of subjective camera techniques. Since the directors have the two right actors for the role, the mere frustrating or soulful gaze that passes between them forges an emotional connection with viewers. Of course, a huge chunk of credit must go for this to Tatum O’Neal’s hilariously original performance. She easily steals every scene from her father and established actor Ryan (due recognition must be given to his frustrated and furtive glances which also adds a lot to the character dynamics).

There’s not a shade of unnecessary dramatics or contrived emotions or the notion to glamorize defiance in Tatum’s acting. Both Bogdanovich and his actors make us strongly believe that under lesser hands the film would have been pathetically cutesy. Eventually, Paper Moon doesn’t confine itself to the comedy genre. Like the comedies from the silent era, there’s a sad undercurrent in Addie and Moses’ journey. Their existential frailty accentuated by the uncertain period works as a potent force that drives the surface comedy. There’s also an extra layer of sadness to the film which could be discerned after knowing how the O’Neals and Bogdanovich fared in Hollywood after this glorious cinema.

Paper Moon (105 minutes) is a heart-warming and hilarious period piece that’s blessed with endlessly charming performances and terrific direction. It’s definitely one of the best films in the greatest decade of American cinema.