Cop Action dramas are dime a dozen in the Indian mainstream cinema market these days. One simply indulges in such movies with expectations of nothing but sheer fleeting entertainment and dumb fun. Disney Hotstar’s latest ‘Pon Manickavel’, featuring Prabhu Deva in what was marketed as his first ‘cop’ role, is a movie designed with the same motif. However, even with the necessary adjustment of expectations, ‘Pon Manickavel’ cops out on basic cinema sensibilities.

Pon Manickavel (Prabhu Deva) is the titular hero cop who is immediately introduced as the upright, suave, and expectedly immensely adequate police officer. When a high court judge is brutally murdered, Manickavel has to be called upon from his unexplained, but going to be explained later in the film, sabbatical. The usual trope of some of the subordinates doubting the abilities of the hero is played out; and as the pattern goes, it required one elaborate fighting sequence for the hero to gain the necessary trust and respect of his comrades.

Now, by that time, it would become clear that the film would have absolutely nothing new to offer. However, the lack of novelty is not the criticism that I would like to make about ‘Pon Manickavel’. Most of the films of its ilk do lack that to some degree. What director A.C Mugil Chellappan and his team are further culprits of is that they squander to deliver an entertaining action film even with the set template.

This is largely due to their reluctance to incorporate even an iota of originality in the film. As a result, the film becomes one routine after another, one trope supporting another, and the underlying story is not cohesive enough to join them together to come across as one single entity. The plots are so disjointed that at one point one would have the impression that the writers might have forgotten what they are writing about in the first place. If writing is involved at all, that is. For instance, a random ‘funny guy’ is introduced as one of the subordinates of Manickavel; but after performing one or two ghastly humor-routine, that character is nowhere to be seen after twenty-odd minutes or so. 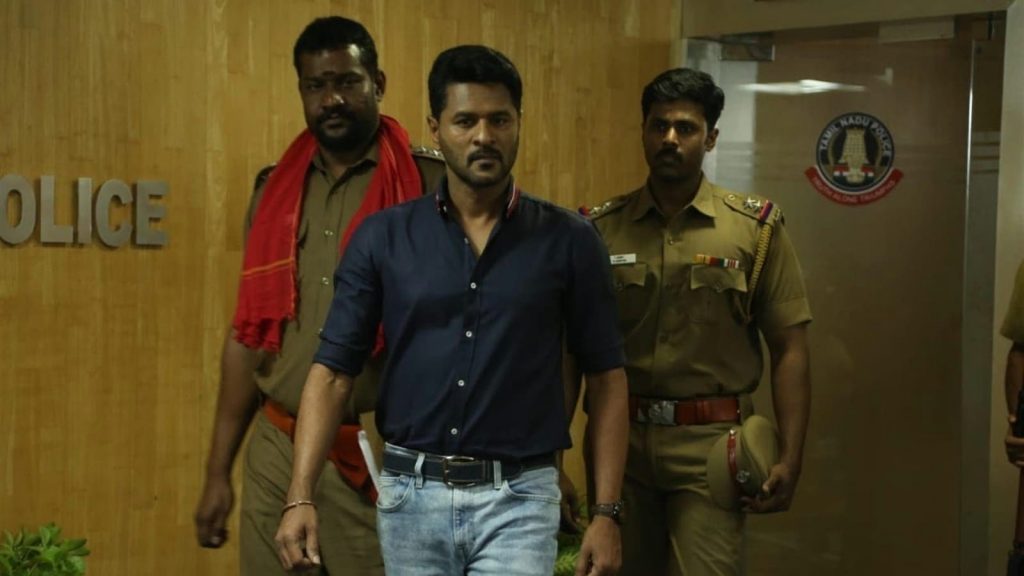 The same happens with one ‘tough guy’ antagonist, who almost kills Manickavel and attempts to murder his wife. Manickavel has two hand-to-hand combats with the guy. That person seems to be the ideal antagonist of Manickavel. The villain for our hero. To the film’s credits, Manickavel’s fights with this unnamed assailant are some of the bright patches of the entire film. The fighting choreography during these sequences is decently shot. However, the not-so-bright part of the film is the complete ignorance of this character during the denouement. With the glaringly inevitable twist, this unnamed assailant’s actions defy any logical explanation.

The film has a cliché-dictated but absolutely expendable romantic lead for Manickavel. The only purpose for the character seems to be part of one romantic song and a couple of supposedly mushy moments. The character writing problems do not end there. The major writing problem, even with strictly following the set template, is that the film does not have one single memorable ‘villain’ per se. There is clearly a Prakash Raj-shaped hole in the film, which the film tries to fill by cramming multiple undercooked antagonists.

Prabhu Deva tries hard. He looks the part and does fit the bill as the hero cop, around whom an action film like this can drive forward. However, he is the only one who seems to have any sort of formal training when it comes to acting. Most of the other members of the cast fumbles with simple dialogue deliveries. Nivetha Pethuraj plays the wife of Manickavel. She does as much as she could, as much as the limited scope of her character allows. The editing of the film also leaves a lot to be desired. The lack of seamless cuts makes the already obvious shticks stand out even more.

The film ends with a nod towards the idea of a sequel, as films like this often do. However, if the haphazard execution of Pon Manickavel is any indication, it is better to steer clear of this franchise, even if you are in the mood for a potboiler.