Shudder’s latest “Raven’s Hollow”, directed by Christopher Hatton, is an interesting watch, if not great. Trying to infuse an origin story for one of America’s most influential writers, Edgar Allan Poe, with a gothic horror tale, “Raven’s Hollow” does not quite hit the mark. Instead, it becomes a low-budget creature fare which might work for you if you are in the mood for some low-brow fun. It does contain its moments of macabre and shocks, but it also contains quite a tepid screenplay with frigid dialogue-writing.

Edgar Allan Poe (William Moseley of ‘Narnia’ fame) is an Army cadet traveling on horseback, through the country roads with his brothers in arms. The group of five men encounter an odd and grotesque figure in form of a body, hoisted on a wooden structure as if offered to some higher forces. When Poe, ignoring the warnings from his mates, reaches the structure, he finds the man has been slashed violently. Despite that, the man is still alive. Only just. The man says the word ‘Raven’ to Poe before breathing his last.

Poe convinces his colleagues to not leave the body behind. He carries the body and reaches the nearest town. Named “Raven’s Hollow”. Remembering what the man said before he died, Poe figures that the almost-deserted town has something to do with the body he is carrying. Their party is received by a positively grim and forlorn group of townsfolk. Poe immediately understands that the townsfolk are hiding something and they definitely recognize the body.

So, he convinces his friends to investigate the matter and reminds them of their duties as cadets. With Poe’s speech and the fact that it is getting dark, the group decides to stay in the only hotel in the town. Run by a mother-daughter duo of Elizabeth (Kate Dickie) and Charlotte (Melanie Zanetti). The secretive allure of Charlotte is not lost on anyone of the cadets, especially not on Poe. However, that night, one of the cadets, Thomas (Michael Guest) gets attacked by a winged beast.

The next morning’s investigation reveals the decapitated body of Thomas and the remaining four cadets blames the hotel’s stable hand, Usher (Oberon K.A. Adjepong) for it. Because Usher has previously warned them to leave the hotel as quickly as possible. Usher once again tells them that the killing is the work of the ‘Raven’, which is not a bird, but a devil reincarnate. The cadets are not convinced. One of them simply takes his horse and tries to leave immediately, Poe follows him. That is when Poe sees his friend getting snatched and slashed by the giant devilish creature. 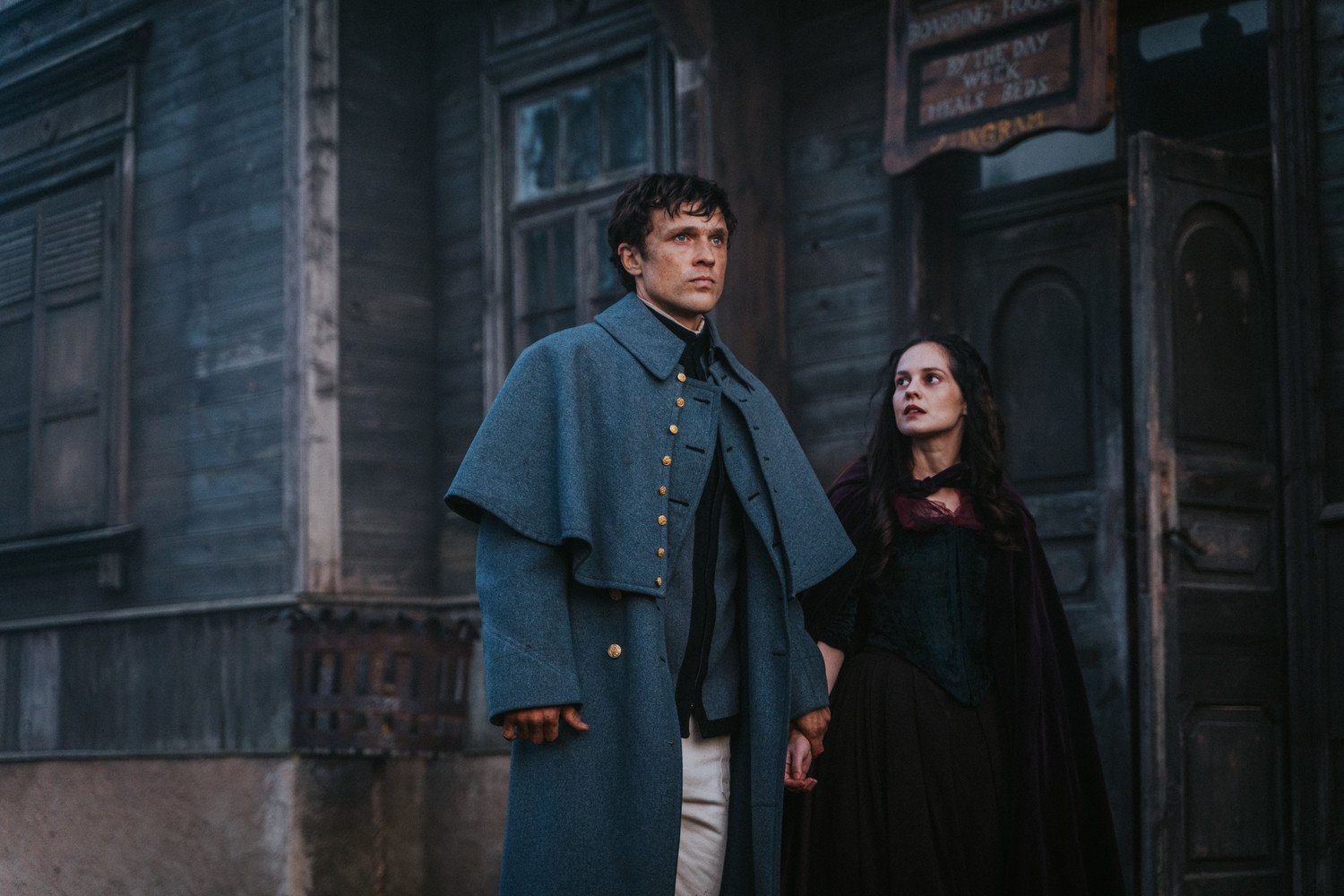 Director Christopher Hatton, who also wrote the screenplay with Chuck Reeves credited as ‘Story co-writer’, seems to be torn between the penchant to go full B-movie creature fare and the ambition to produce an elevated horror. There are moments of both. The opening scene is finely shot and would make one hopeful about the film. However, the story that follows is generic and filled with awkward dialogues. The necessary subtlety required to elevate that simplistic story into something great is sorely missed.

The film thus becomes enjoyable when it shows glimpses of B-movie creature horror. The modest budget ensured the CGI would not be top-notch. However, it more than makes up for it with its campy and exquisite set pieces. The cinematography captures the grim overcast countryside perfectly to produce the gothic effect director Hatton desired. However, the film’s bane is the dialogue. Hatton tried to infuse some of Poe’s literary works into the dialogues. But, the experiment results in clunky and out-of-the-place dialogues.

The excessive exposition towards the climax also does not help the narrative. Especially when other plot points could have been addressed at that time. Too many threads were spread in “Raven’s Hollow” and by the end the film struggles to interweave them into the narrative, creating confusion amidst the jumbled mess like Raven’s nest was. Hatton perhaps would have been well advised to go full creature horror route, without the garnishing.

William Moseley tries his best as the inquisitive and confident cadet Poe. Kate Dickie’s presence seems to be only there to perhaps draw a comparison with Robert Eggers’ ‘VVitch’. She has very little to do, considering her talent. Zanetti is decent as the intended seductress.

Why did the Raven not harm Poe?

One by one all of Poe’s cadet friends start getting picked by the Raven leaving Poe alone and determined to kill the beast. With the help of a local gravedigger, Poe plans to kill the beast. He realizes the Raven can take the form of human beings as well. When Raven takes the form of Elizabeth, Poe shoots it, making the beast scarper. However, Charlotte knocks him out cold. 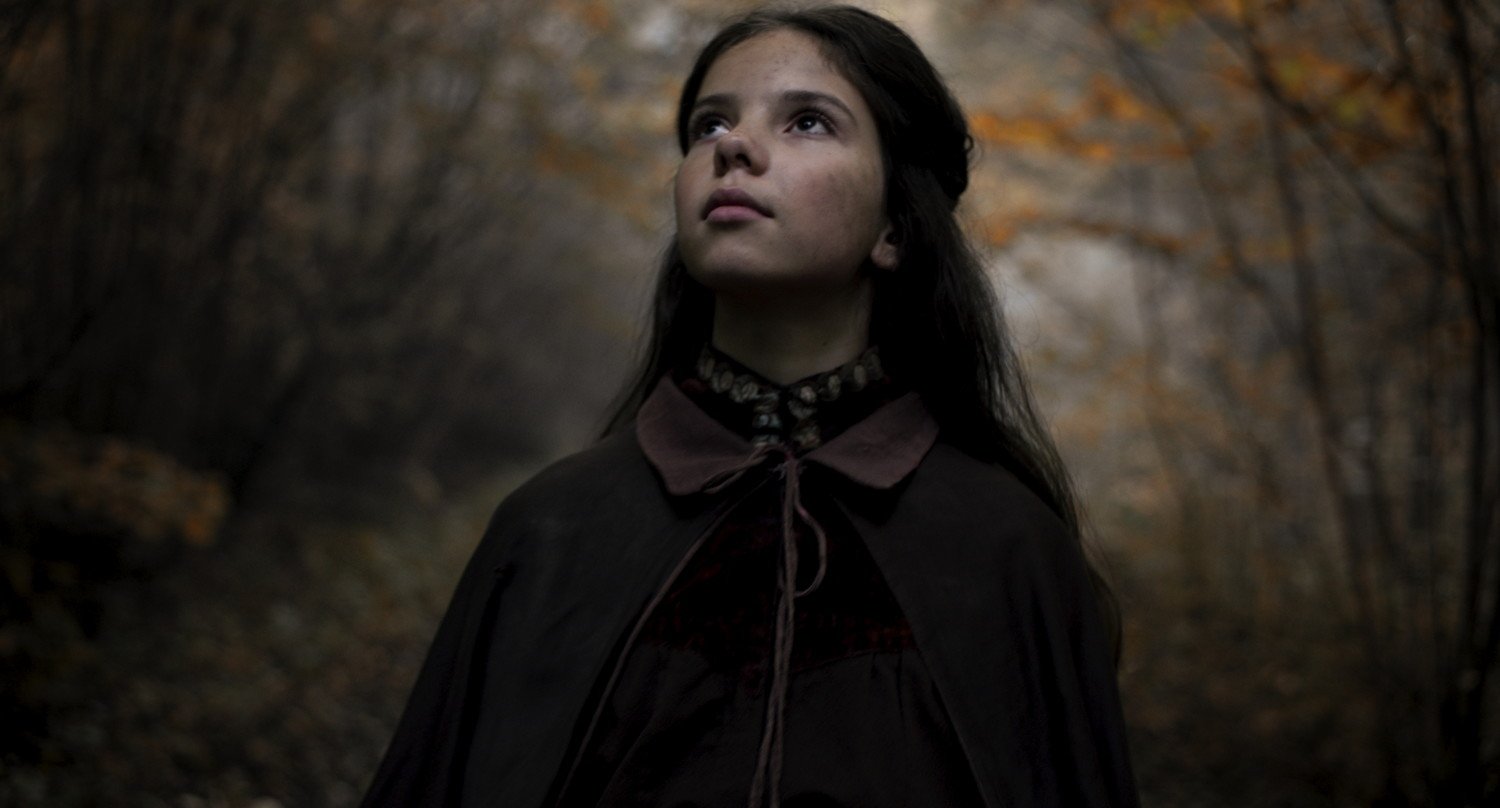 As Usher ties Poe to a similar structure that Poe and his friends found the body on, he reveals to Poe that the Raven is a sort of deity for them. The gravedigger previously told Poe that Charlotte had actually been taken by the Raven in her childhood, but the Raven allowed her to return. Since then, Charlotte had not been the same. It becomes clear to Poe that Raven, despite having chances, did not kill him yet because Charlotte has a soft spot for him.

Did the townsfolk make a pact with the Raven?

Usher while tying Poe, reveals that the body Poe found early on is of the reverend of their church. The reverend tried to do rituals to kill the Raven and that is why he was killed. Most of the townsfolk were involved in that.

Thanks to his horse, Poe escapes from being strung as a sacrifice to Raven. He comes back to see Usher being in a trance, killing Elizabeth. Usher realizes what he has done when comes out of his reverie and kills himself. Poe takes the cowering Charlotte and rides out on horseback with her. As the Raven follows them, she reminds Poe that the Raven will always follow her and him.

What happens to Charlotte?

Poe stops at a point, gets off his horse, and tells Charlotte that he loves her. Kind of love that Charlotte would never realize. He knows the Raven would not allow her to leave. As Charlotte starts to say something The Raven swoops in and takes her away.

Given the Raven’s previous hesitation to kill Charlotte and the way it carries her away from Poe, it does seem that the Raven might not kill her. The Raven generally kills its prey instantly from what we were shown. However, the effects of Charlotte and the Raven would linger on Poe as he pens his poem dedicated to that experience.

Where to watch Raven's Hollow

The Infernal Machine (2022): Movie Review & Ending Explained - Who is DuKent and what does he want from Cogburn?