Swiss filmmaker & Editor Caterina Mona’s feature-film directorial debut, Semret (2022) revolves around a traumatized immigrant single-mother and her teenage daughter. British Eritrean actor, poet, songwriter, and presenter Lula Mebrahtu gives a brilliant understated performance in the titular role. Lula has hosted music festivals and a series of BBC documentaries. I first came to know about her through a powerful live performance and speech in a TEDx event. Titled, ‘The Journey of a Digital Migrant’, Lula uses technology, music and songs to inventively chronicle the painful journey of migration. So first of all it’s fascinating to see such an inspiring and vivacious personality, gracefully slipping into the character of Semret Dawit.

Caterina Mona’s film opens at a Zurich hospital in the maternity ward. Before we get a good look at Semret, the camera follows her as she walks in the ward’s corridor, coddling a new-born baby. Later, she holds the hands of an Italian woman in labor. She translates the doctor’s instruction and there’s such compassion in her gaze. But at night, after returning home, Semret wakes up terrified. She moves to her 14-year old daughter Joe Dawit’s (Hermela Tekleab) small bed; finding solace in her daughter’s sleepy embrace in order to shake off the residues of the nightmare. 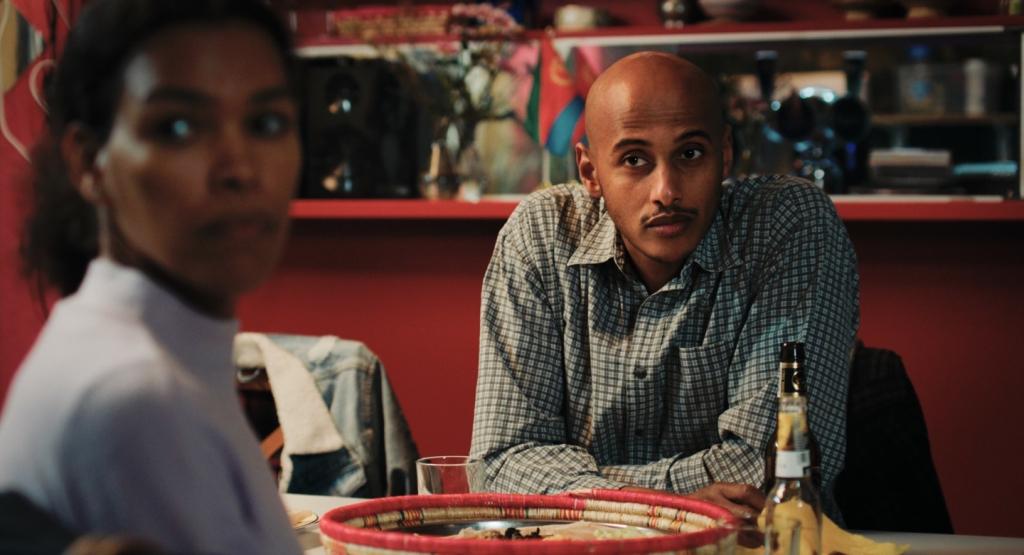 Soon, we learn that Semret have lot of years before embarked on a painful journey from Eritrea to Switzerland. Semret’s past is hinted to be replete with unspeakable horrors. All she now wants is a stable and peaceful life for herself and Joe. Semret also wants her skills as a mid-wife to be legally recognized so that she can work permanently at a Zurich hospital. Even in the small exchanges and little gestures, it’s obvious that Semret is fiercely protective of Joe. And we can somehow feel that it’s linked to her buried trauma. At school, Joe befriends Hannah, who is also raised by a single mother although this mother dabbles with art and remains cool-headed.

Related to Semret: The Other Side of Hope [2017] – A Compassionate Refugee Dramedy

Semret deliberately avoids people from her own country. Yemane (Tedros Teclebrhan) is a fellow Eritrean refugee and works as a janitor at the hospital. She averts his attempts to make small talk at work. There’s a shop run by an Eritrean woman in the locality which remains as a hub for their people’s gathering. Unable to deny her daughter’s request and curiosity, Semret takes Joe into one of those parties that’s full of native food and songs. The mother and daughter meet Yemane there, and he introduces Joe to his young nephew, Tesheme (Fanuel Mengstab). Naturally, Semret is afraid of losing the bond with her daughter, and she repeatedly disapproves Joe’s desire to explore more about her own community.

Joe has never received a straight answer from her mother about her dad’s identity. All she knows is that her dad drowned in the ocean while making the arduous trip. Moreover, Semret’s burgeoning overprotective nature worries Joe. Semret meets Yemane to talk about her concerns regarding Joe and Tesheme’s friendship. At the same time, she gradually understands that both Yemane and Tesheme are caring and compassionate people. Semret becomes more vulnerable when the hospital tries to wrongfully accuse her of negligence. For a moment, she lets her walls down and opens up to Yemane. It seems like Semret is on the path of healing, but things get worse. However, eventually she understands the need to address her own trauma, and will probably learn to love her daughter without intruding upon her choices and freedom.

Caterina Mona’s Semret is a film about how trauma can affect one’s lives and the lives of their loved ones. Trauma can manifest itself in different ways. Though we get little morsels of information about Semret’s past, here and there, it’s not hard to figure out the kind of savagery she was subjected to. When Semret tries to suppress it altogether, and lead a ‘normal’ life with her daughter, the effects of trauma only becomes worse. The detached tone with which Semret narrates to Joe what happened to her tells us she’s yet to take the steps to emotionally heal herself. It’s like how psychologists say, ‘unprocessed trauma is stored in your body’. Lula Mebrahtu’s nuanced performance makes us keenly observe the protagonist’s suffering through little reactions and body movements.

The rendezvous between Semret and Yemane is gracefully shot and performed. Semret loves this compassionate man and takes a vital step to explore certain emotions that she has shunned herself from feeling. But Semret’s sexuality is somehow deeply linked to her past trauma. Hence she literally and emotionally pushes him away. What happens to Yemane, in the end, felt a tad too dramatic. Nevertheless, it’s fascinating to come across a filmmaker who deeply understands trauma and withholds herself from offering simple resolutions. Hope is definitely there at the end of Semret. Furthermore, director Mona shows that our protagonist has taken a vital step in healing herself. 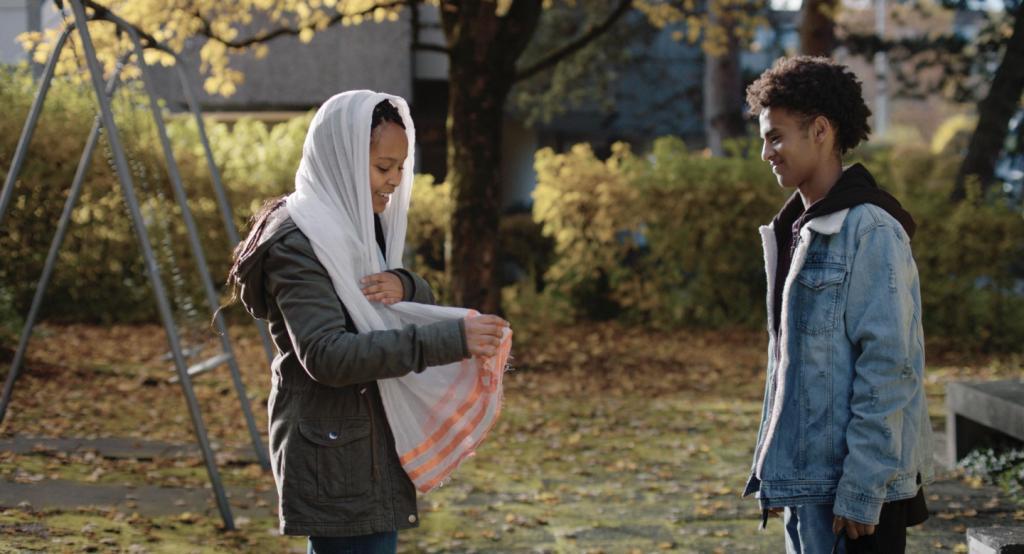 Unlike many other dramas that focus on traumatized women, Caterina Mona avoids identifying Semret only through her suffering. The character guides us through a variety of her emotions. The profound compassion she expresses for the pregnant woman, who has admitted herself to the hospital, is one beautiful instance. “Call me by my first name. We are going to have a baby together,” quips the soon-to-be single mom to the midwife. The friendship between Tesheme and Joe is full of poignant, light-hearted moments which displace the layers of sadness lying beneath. The scene when Semret discovers the women’s group session operating out of the Eritrean immigrant’s shop is also one pivotal moment. It pushes Semret to face the truth that a lot of women have suffered like her, and are yet learning to live with their trauma.

Overall, Semret (85 minutes) is a subtle yet stirring drama that touches on the themes of immigration, trauma, womanhood, love, and friendship. Impressive performances and perceptive writing are the film’s biggest strengths.

Semret is screening at the 2022 Locarno Film Festival

Read More: Eldorado [2018]: ‘BFI-LFF’ Review – A Potent and Unflinching Look at the Economics of the Refugee Crisis

10 Great Movies Set On A Train

Section 8 Movie Ending, Explained – Who was behind Jake’s family’s murder?