One of mankind’s greatest achievements, South Park: Bigger, Longer & Uncut is an absolute riot from the first frame to the last that succeeds as a comedy, triumphs as a satire, is timeless as a musical, and remains unsurpassed as a parody. Comedy at its crudest yet downright hilarious & endlessly effective in its deliverance, this adult-animated musical adventure is true to its television series’ roots and gives its fans everything they could’ve ever asked for.

The story follows Stan Marsh, Kyle Broflovski, Eric Cartman & Kenny McCormick as they sneak into an R-rated Canadian feature film and learn several new profanities which they start cursing immediately. When their mothers find out, they lead a campaign to ban the film, arrest the actors & even pressure the United States to wage war against Canada for corrupting their children, thus forcing the kids to unite together, fight their own parents, and make sure a dark prophecy remains unfulfilled. 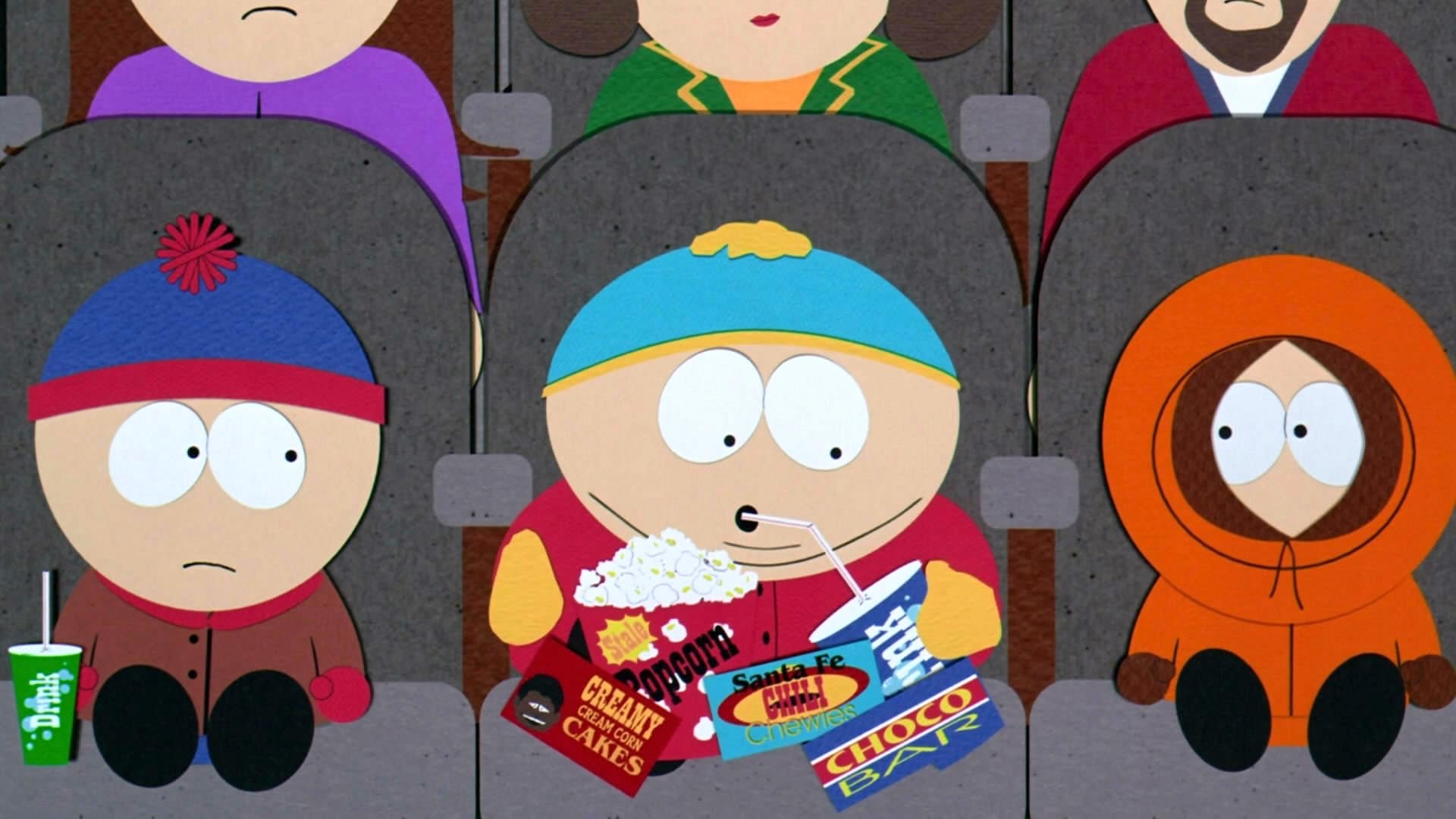 Co-written & directed by Trey Parker, this South Park film heavily lampoons everything in its path but mainly tries to expose the utter futility of film censorship. Employing a no-holds-barred approach, its tactfully written plot comes equipped with razor-sharp & armour-piercing dialogues that are instantly catchy, memorable & unabashedly funny. Almost every little jab lands. Its crude, dark wit is as infectious as it is intoxicating. And the story as a whole simply delivers on both narrative & technical fronts.

Similar to South Park Movie – A Decade On: The Simpsons Movie [2007]

Despite covering a number of topics in a manner that only South Park can, Parker makes sure that the focus remains on the four boys and that the premise is structured around their exploits. The decision to narrate the plot as a musical also works out in the film’s favour, for it allows them to address its political & social themes in a playful yet incisive fashion while spoofing additional materials. Just like the TV show, this feature-length theatrical is relentless, unforgiving & bludgeons all in its vicinity, as it should. 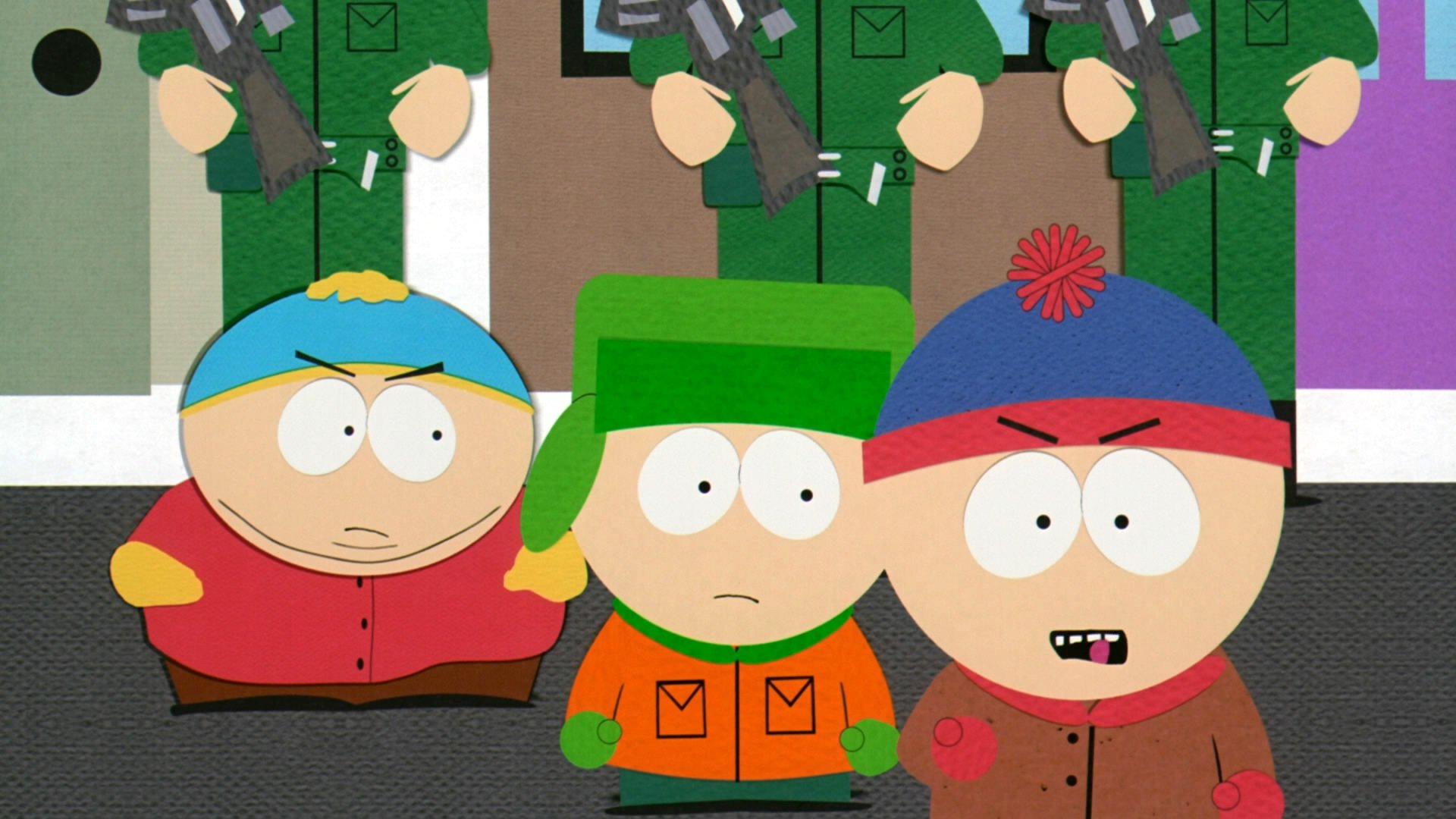 The film’s rich animation — a slick blend of cutout technique & computer animation — is in sync with the series’ look n feel. Both the new & reprising South Park characters get to have their moment. Clocking at 81 mins, its surgically trimmed narrative unfolds at a breezy pace, and the flow of events is incredibly smooth. Musical numbers are no doubt its true highlight, for each song is a sing-along gem that’s cleverly worded & neatly forwards the story. As for the voice inputs, Trey Parker, Matt Stone & Mary Kay Bergman voice most characters and they are spot-on throughout.

On an overall scale, South Park: Bigger, Longer & Uncut is one of the finest examples of its kind and finds Trey Parker & Matt Stone in sublime form as they bring their notorious television saga to the film celluloid in a seamless manner, all the while retaining every bit of its potency, creativity & impact during the transition. In case you are not familiar with South Park’s coarse language or dark, surreal wit, then I do suggest checking out its first couple seasons before diving into this profanity-laced & impeccably curated timeless masterpiece. A profoundly bold, outrageously wild & riotously fun comedy classic, South Park: Bigger, Longer & Uncut is as great as any South Park film can get.