Home»Reviews»Spectre [2015]: Neither Shaken, nor Stirred.
Reviews

“You’re a kite dancing in a hurricane, Mr. Bond.” 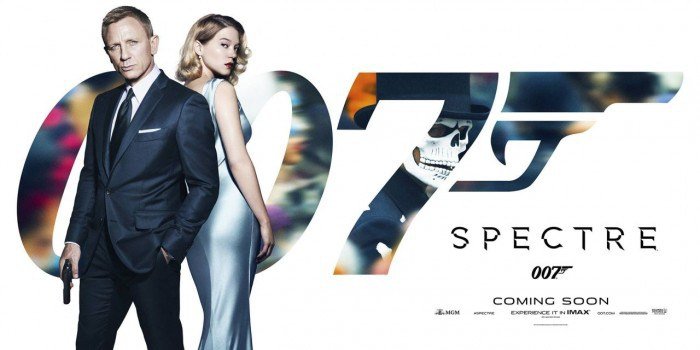 The latest bond outing opens with one of the most intense opening shots in bond film history. You see the masked bond swaying the streets of Mexico city with a beautiful tracking shot that takes him places. Hovering down from a helicopter over the carnival of the dead, you follow Mr. Bond’s glimmering smile as we cut to the writings on the wall. Daniel Craig‘s Bond has been one of the most ambitious James Bond ever. He has been grabbed by the balls and has been lectured by psychotic, animistic, toothless baddies obsessed with rats. But his latest outing that supposedly aims at putting a nice little bow to the quadrilogy, falls short on almost all grounds. Spectre is far too long and way to timid in its attempt to show shadowy people doing shadowy things. Quoting one of the character from Spectre, the film is like a kite dancing in a hurricane – torn and struggling to find a way out.

M (Ralph Fiennes) is not happy with Bond‘s uncharted and unauthorized recent actions. To make things worse, C (played by BBC Sherlock‘s Moriority, Andrew Scott) is at the doors trying to bring the double-0 programme to the ground. As the say, you may be done with the past but the past is not done with you, Bond receives a message from the late M (Judi Dench) which has credited him to take actions without the prior authority of the MI6. The reminisces from Skyfall, Casino Royale & Quantum Of Solace are around the corner, where liars & killers have affected people who don’t want to be involved. What follows is a Mickey Mouse trying to locate the shadowy head of the secrete organization Spectre, played by Christoph Waltz as we manoeuvre through scenic locals captured beautifully by Hoyte van Hoytema (known for Interstellar & Her).

Sam Mendes‘s Skyfall was one of my favorite films of 2012. While most of the prior films flirt with the fact that Bond can be a dark & realistic guy too, Skyfall gave an emotionally powerful character arc to the age-old hero known for his wit and style. With Spectre, Mendes goes backwards, which is fine with me. Everyone wants to see the fun & action going down. But in the process of giving us an old-school bond film, Mendes forgoes his own grounds & never emerges out of the darkness the film goes to after the terrific opening act. There are explosions and expositions and there are downfalls to everything. But most of it feels like a guest overstaying ones welcome.

Like shifting gears on a race car, Spectre goes back and forth. Yes, there are some terrific old-school action sequences but they are never a highlight. The biggest disappointment is Christoph Waltz‘s bad guy persona. Clocking at 148 minutes, the longest Bond film till date, Waltz shows up for 20 odd minutes, gives a stupid monologue on Meteors (referencing Javier Bardem‘s brilliant monologue in Skyfall) and plays with sharp & even stupider hospital gadgets piercing bond while he insults him face up. There is more screen time for Dave Bautista who plays the cliched ‘Big guy’ in spy movies, who shows up every place Bond could think of. Monica Belluci in a very brief screen time manages to bring the oomph needed in a bond girl/woman. Léa Seydoux playing Dr Swann is wasted. She looks stunning, but her character is more confused than Bond himself.  After watching her kicking ass in Lorgos Lanthimos‘s The Lobster earlier this year, watching her sitting there and repeating “I hate guns”  broke my heart into pieces.  The only person who doesn’t seem like sleepwalking is Ben Whishaw playing Q. His brief encounters with Mr. Bond are probably the most authentic scenes in Spectre. 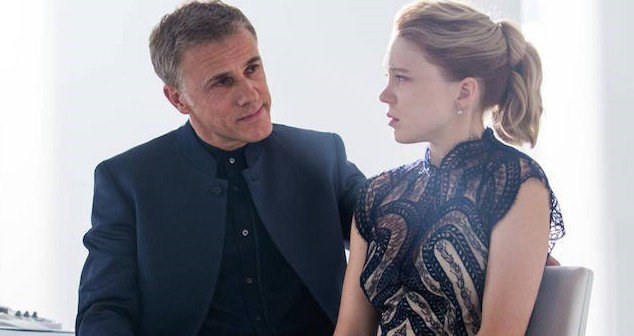 There is no depth in the script that is credited to 7 writers. The plot is exactly the same as Mission Impossible: Rogue Nation. Daniel Craig doesn’t seem to enjoy himself either. In an interesting scene, we see him ordering his traditional vodka martini. Only to be handed a medicinal shake in return. He asks the handler to throw it in the garbage. That’s exactly what I feel about the film. Spectre is not something I ordered for and even though it might be healthy for the nostalgic old-school Bond fans, I feel cheated. Two thumbs down.