The pandemic has been called “The Great Equalizer” by many; a term that sounds like a gross oversimplification of the events that have transpired over the past year. Yes, from an incredibly myopic perspective, it might look like everyone had to deal with the pandemic in the same way. But if you go into the details, you’ll see that instead of making everyone equal, it actually widened every single societal gap. Employers exploited employees more than they used to. Gendered stereotypes were reimposed on women. The rich continue to become richer and the poor continue to become poorer. And as per Sunny (2021), the unjust are still getting their very own cute redemptive arcs.

Written and directed by Ranjith Sankar, Sunny follows the titular character, played by Jayasurya, who has smuggled himself back from Dubai to Kerala during the COVID-19 pandemic and is holed up in a five-star hotel. In there he deals with his alcoholism, his devolving relationship with his wife, his suicidal tendencies (consider this a trigger warning because the movie doesn’t have one), and the people with whom he had struck a bad business deal. But as time passes, it becomes evident that the room in which Sunny is quarantining is more than just that. It is a kind of purgatory where he is inadvertently atoning for his sins. And he has some form of existence within those four lavish walls. Because beyond that, everything that he used to consider “life” is crumbling.

If you have watched and appreciated Tom Hardy’s Locke (2013), you are probably going to notice some similarities in the premise. While Locke happens over the course of a few hours, Sunny’s story takes a little more time than that. However, Shameer Muhammed’s editing keeps things fairly brisk. In fact, it becomes intentionally chaotic with every passing minute in order to mirror Sunny’s deteriorating state. Cinematographer Madhu Neelakandan deftly balances the movie’s need to look claustrophobic from Sunny’s perspective, because that’s how unaware Sunny is of his privilege, and quite spacious to the general audience, because many of them will be glad to have even that during a pandemic. The music by Sanker Sharma is absolutely beautiful and ties in well with Sunny’s aspirations of being a musician. And it’s Jayasurya’s dedicated performance that will heavily influence your viewing experience. 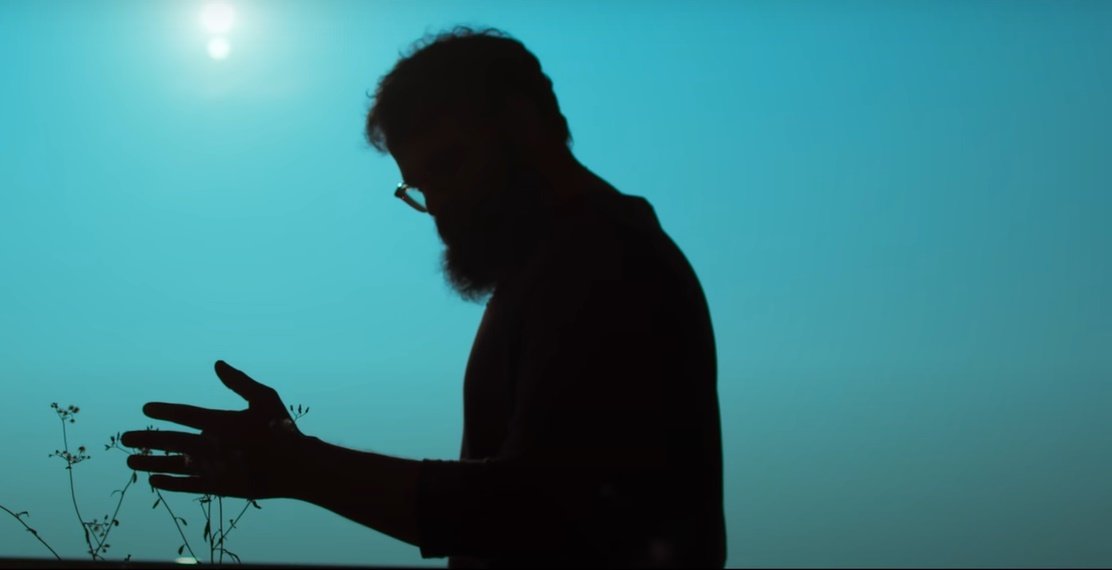 Sunny is in no way someone you can empathize with. Jayasurya and Sankar go out of their way to ensure that. He does COVID-inappropriate behavior. He whines because he isn’t getting his alcohol. He is a cheater. Going by his brief interactions with Adithi (Shritha Sivadas), he is a pathological liar. He has little-to-no respect for the hotel room staff or anyone who is actively trying to contain the repercussions of the pandemic. He has wasted away all his money in a place in his search for some kind of success, which has put almost everyone’s lives at risk, including his. So, in a way, everything that he goes through in that room feels oddly righteous. It offers some kind of solace that out of the many rich businessmen who have gotten away after committing such heinous crimes during this pandemic, at least this fictional one is getting what was due.

The only way one can possibly feel sad for Sunny is if they are as unaware of their class privilege as the titular character. And if they think they are worthy of redemption after doing things that are as bad or worse than what Sunny does in the movie, they should really take a moment to introspect what kind of a person they are. That is the least they can do. Because, as the movie shows, the way society is structured, there’s going to be light at the end of the tunnel even for people like Sunny. That is the sad reality we live in. Purgatory for Sunny (and his real-life counterparts) will be a five-star hotel, complete with room service, air-conditioning, a therapist, and a neighbor who checks upon him. For everyone else, it’s just going to be an endless tunnel full of misery, death, and suffering.

So, yes, while Sunny looks like a cautionary tale for the rich and the privileged, its overly optimistic conclusion severely dilutes that message. From Sankar’s sublime direction to Jayasurya’s powerhouse performance, the score, the editing, the cinematography, the production design, the sound design, everything works in tandem to keep the audience engaged. However, its greatest folly is that it tries to paint Sunny as a tragic figure. Because all he should have been is a punching bag for everyone who is enduring the actions of the upper class, who by the way are leaving no stone unturned to show how well they are surfing through this pandemic. And as the credits roll, you can only hope that one of the unresolved (and spoiler-y) sub-plots treats Sunny like the villain he is.