Natalie Morales’ Plan B opens in the vein of coming-of-age comedies of the 1980s, particularly in the style of John Hughes’s pictures as ‘Hot Chocolate’s Every 1’s a Winner’ blares our speakers, rapidly setting the light and quirky tone that the comedy will likely adopt.

It tells the (dated) story of best friends Sunny (Kuhoo Verma) and Lupe (Victoria Moroles), who go on a road trip to Planned Parenthood to find a Plan B pill for Sunny after her first sexual encounter goes wrong. Dated, because the film’s framing device has already been exploited in other comedies – most recently in HBO Max’s Unpregnant, in which the two main characters go on a road trip for an abortion instead of seeking a pill. Another reason for it feeling dated is because its comedic bits (and storylines) feel recycled from other coming-of-age teen comedies. If you are not living under a rock, there are some major Booksmart, License to Drive, Pretty in Pink, and Sixteen Candles vibes here.

Related to Plan B – The Best Hulu Original Films, Ranked

While being inspired by these comedies is more than fine ( with the homages towards the beginning being quite apparent) Plan B never moves away from a formulaic structure. It seems to be too stuck on paying tribute to the greatest coming-of-age screenwriter that it forgets that it needs to be its own film. 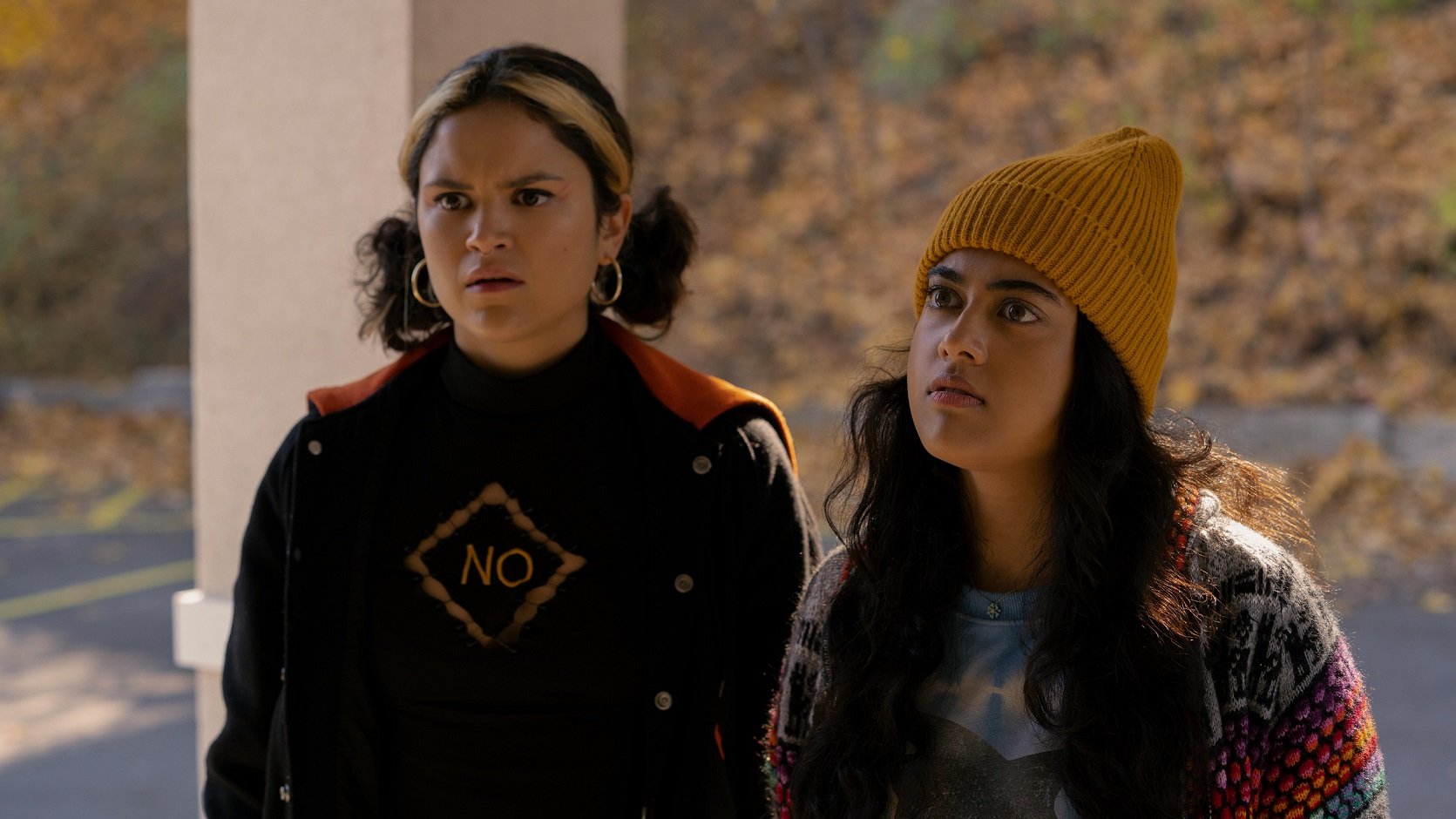 That’s not saying the film doesn’t have any merits—they mostly come from Kuhoo Verma and Victoria Moroles’ electric chemistry as Sunny and Lupe, respectively. Many laugh-out-loud sequences involve their characters and their incredible sense of comedic timing, most notably in a sequence with Broken Lizard’s Jay Chandrasekhar, whose ironic tone is as effective as in the Super Troopers movies.

Many of the movie’s more gross-out sequences are amazingly funny, with them progressively becoming more insane as the bit goes along. A scene in which Sunny thinks she needs to perform oral sex to get a fake ID from a drug dealer is the film’s highlight, as it slowly goes into a direction I absolutely did not expect (I’ve already said too much about the bit, so will refrain from further elaborating right here).

It’s the kind of wild, zany comedy that Olivia Wilde or, most recently, Jason Woliner and Kitao Sakurai, weren’t afraid to showcase in Booksmart, Borat Subsequent Moviefilm, and Bad Trip, respectively. These are examples where the film would fully bathe in the absurdity of the sequence no matter how uncomfortable and/or gross the situation is. It doesn’t really matter if it’s uncomfortable, as long as it produces big laughs. Two drawn-out sequences (including the drug dealer bit) are the film’s best moments, moving away from a predictable story to create memorable and laugh-out-loud humor.

The physical bits of Plan B are funny as heck but not as much as the film’s verbal humor. Whilst Verma and Moroles give great chemistry together, the script written by Joshua Levy and Prathiksha Srinivasan is riddled with clichés and character progressions taken straight out of the “Coming-of-age for dummies” playbook.

Aside from one hilarious sequence in which Sunny is high on speed and her verbiage becomes more frenetic and unpredictable, the script feels very B-grade when it comes to fleshing out a compelling relationship between the two characters. The performances are good, yes, but the script is so terribly formulaic you can’t help but become extremely conflicted about how you’re going to approach the movie.

There’s one sequence that encapsulates the entire film’s clichés, and that’s when Sunny and Lupe arrive at Planned Parenthood; the location has shut down, and it is implied (from picket signs on the ground) that it was due to Anti-Abortion protests. 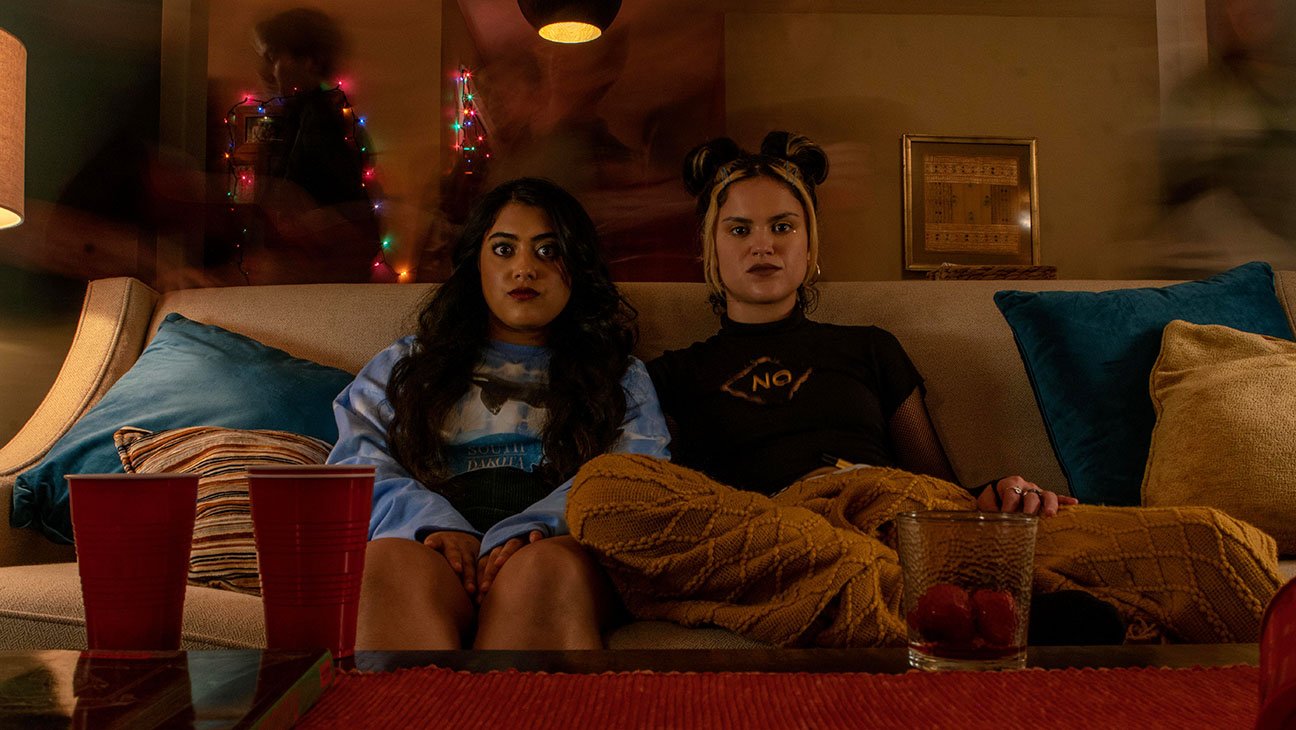 Already, the political discussion that Morales wants to discuss on Planned Parenthood’s importance seems to miss an opportunity and only feels like some “throwaway” commentary on an important social issue. If you want to talk about an issue that matters to you, do it—don’t implicitly talk about it or think, “oh, what will people think if I talk about it,” it doesn’t matter. If you feel it’s important to discuss the subject matter, then don’t be afraid to talk about it in your film!

Amy Poehler surely wasn’t afraid to address difficult subjects in her movie, Moxie. It was a wonderfully charged comedy made straight from the heart. Plan B has its heart intact, but it doesn’t seem like it wants to explore its social commentaries fully. Maybe it wasn’t important to the plot but if that’s the case, then it shouldn’t have been brought in the first place. There needs to be a point with whatever issue you want to confront the audience by, and if it’s just a throwaway moment, we will quickly forget about it and deem it unimportant. That’s the first problem the sequence has.

The second is the dialogue and sudden shift in dramatic tone—it’s all terribly perfunctory without an ounce of inspiration and/or care in how Morales wants the dramatic sequence to be. Once Sunny returns home, it radically shifts in tone (again!) for an unwelcomed joke which wraps up the film in a rather strange way. There’s no consistency in between the shifts in tone—it’s either terribly gloomy and dramatic with a clichéd falling out between the two friends until they almost immediately reconcile. The third act is mostly unfunny verbal riffs of John Hughes pictures. Again, fine to pay tribute to a comedic giant, but not in a way that feels almost completely ripped-off.

It’s a maddening film to watch for sure. It will surely conflict you throughout the 107-minute runtime. One moment you’ll be laughing uproariously during the film’s two incredible physical sequences, while never gimping on the absurdity of the moment. Unfortunately, there are other moments in which you might be bored — in its extremely predictable screenplay that desperately wants to discuss major social issues but refuses to go deep in its exploration of thoughtful themes. However, thanks to solid acting from its lead and supporting actors, Plan B is still mildly entertaining and somewhat manages to become a light Friday night picture. If that’s your jam, you might really enjoy watching it.

I Am Cuba [1964]: When Propaganda becomes Poetic