Cinema, like all other art forms, if not more so, has been used vehemently as a political pawn and continues to be so. A historical view shows that the rise of cinema collided with the initial phase of the rise of authoritarian governments in the 20th century whereby they saw its populist appeal as one that could proliferate their ideology much quicker than the written word. Propagandistic works of art though, age the quickest when faced with the changing social and political tides.

Despite said loss of social and political relevance, propaganda films have immensely contributed to the development of cinema itself, perhaps more so than any other kind. Riefenstahl’s exaggerated depiction of the 1934 Nuremberg Congress through long lenses and low angles, Eisenstein’s creative usage of editing and symbolic imagery are now an intrinsic part of cinema’s grammar. Their unconventional quality makes them inherently local to their native land and as products of national and ideological propagation, their local uniqueness is the key to their existence, not a by-product of their artistry.

In 1964, three years after the US government’s severing of diplomatic relationships with Cuba owing to the latter’s newly formed socialist government, Mosfilm, the Soviet national film studio collaborated with the ICAIC, the Cuban national film studio to produce a film in an attempt by the Soviets to gain favor with their new ideological ally. The aim of this film was to portray the glory of the Cuban revolution and the necessity of its subsequent socialist government. Mikhail Kalatazov, the pride of Soviet cinema in the pre-Tarkovsky years, was chosen to helm the direction of it, called ‘I Am Cuba’. In essence, it was to depict how American exploitation had led to the creation of marked stratas in Cuban society and impoverished a large section of its people. It was to stick to the popular Soviet genre of ‘social realism’ as a means of internationally spreading the message of socialism.

The film opens with an aerial view of Cuban forests, then shows a fishing village, eventually shifting to a large city, Havana in all probability. A voice, calling itself the voice of Cuba, narrates in the form of poems, how the rest of the world only sees Cuba through the lens of American imperialism as an exotic holiday destination and rarely as an actual country occupied by its natives. This clarifies from the get-go that the characters of this film are the people of Cuba, its very soil and all that occupy it. It then goes on to tell four separate stories all related to said exploitation of the Cuban populace with the voice of Cuba looming over every story, coming into play at the end of each of them. 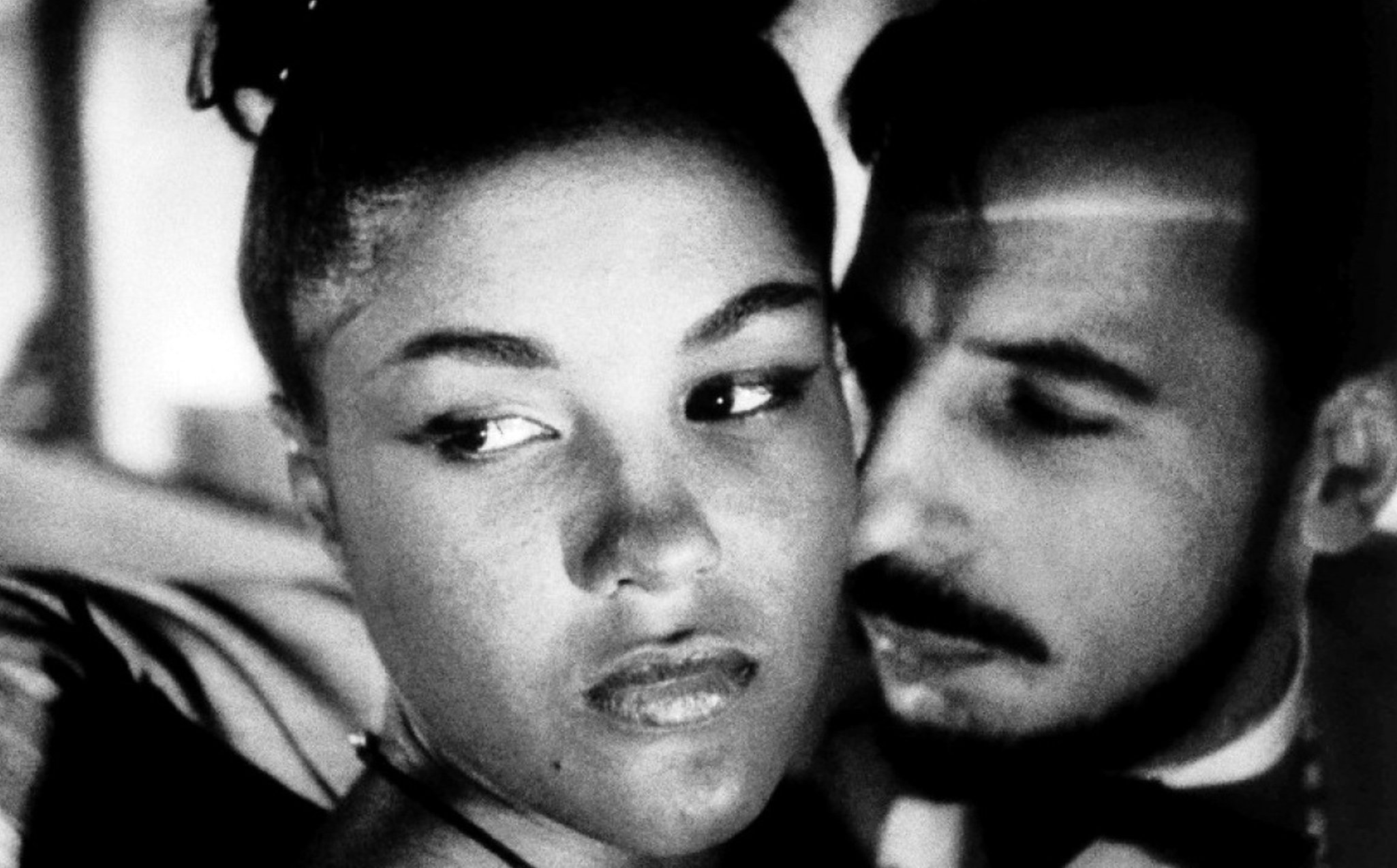 To emphasize the importance of everything native to Cuba, the natural world there is given a distinct visual treatment. Kalatazov used a special, infrared film procured from the Soviet defense forces to create what is called ‘Wood Effect’, wherein foliage reflects light as strongly as snow does, giving trees and plants an oneiric fluorescence. It is seen most clearly during the opening with the boatmen in a fishing village.

In the first scene taking place in Havana, the camera makes its way from the roof of a building to a floor well below and ends inside a pool. There are innumerable such tortuously complex shots, taking place over minutes with a kind of mobility that can confuse the most experienced filmmaker as a viewer. In one such shot, a farmer decides to burn down his crops and his house which are to be usurped by his landlord who has sold the lands to the United Fruit Company. The camera follows him as he sets his house on fire, falls down and dies from the smoke and floats away into the sky.

In the film’s most iconic shot, the camera moves all the way up from a crowded street into a cigar workshop, glides across the room and then exits it through a window, hovering over the street with a bird’s eye view of a martyr’s funeral taking place below. Another, during a protest on the steps of a monument, which immediately is a reminder of the Odessa sequence from ‘Battleship Potemkin’, soon descends into an eruption of smoke, water and fire, the chaos of the moment ingrained in every frame. Such technique was unforeseen before the release of ‘I Am Cuba’; its disregard for conventional angles, composition, blocking and movement, Wellesian in its radicalism.

Given how long each shot in this film is, as a whole, one is rarely beautiful to look at throughout but pausing during random moments every few seconds can make one come across a frame that looks like an enchanting landscape photograph. When we look at the film’s aim of depicting the beauty of the country in question as an innate part of its narrative to ignite national fervour, the usage of wide-angle lenses starts to make sense. Perhaps the idea here is to show the various parts of Cuba in their entirety, to not skip what is common or unsightly and encompass as much of its world as possible, therefore letting the audience discover its beauty from time to time for themselves without overwhelming them with it. 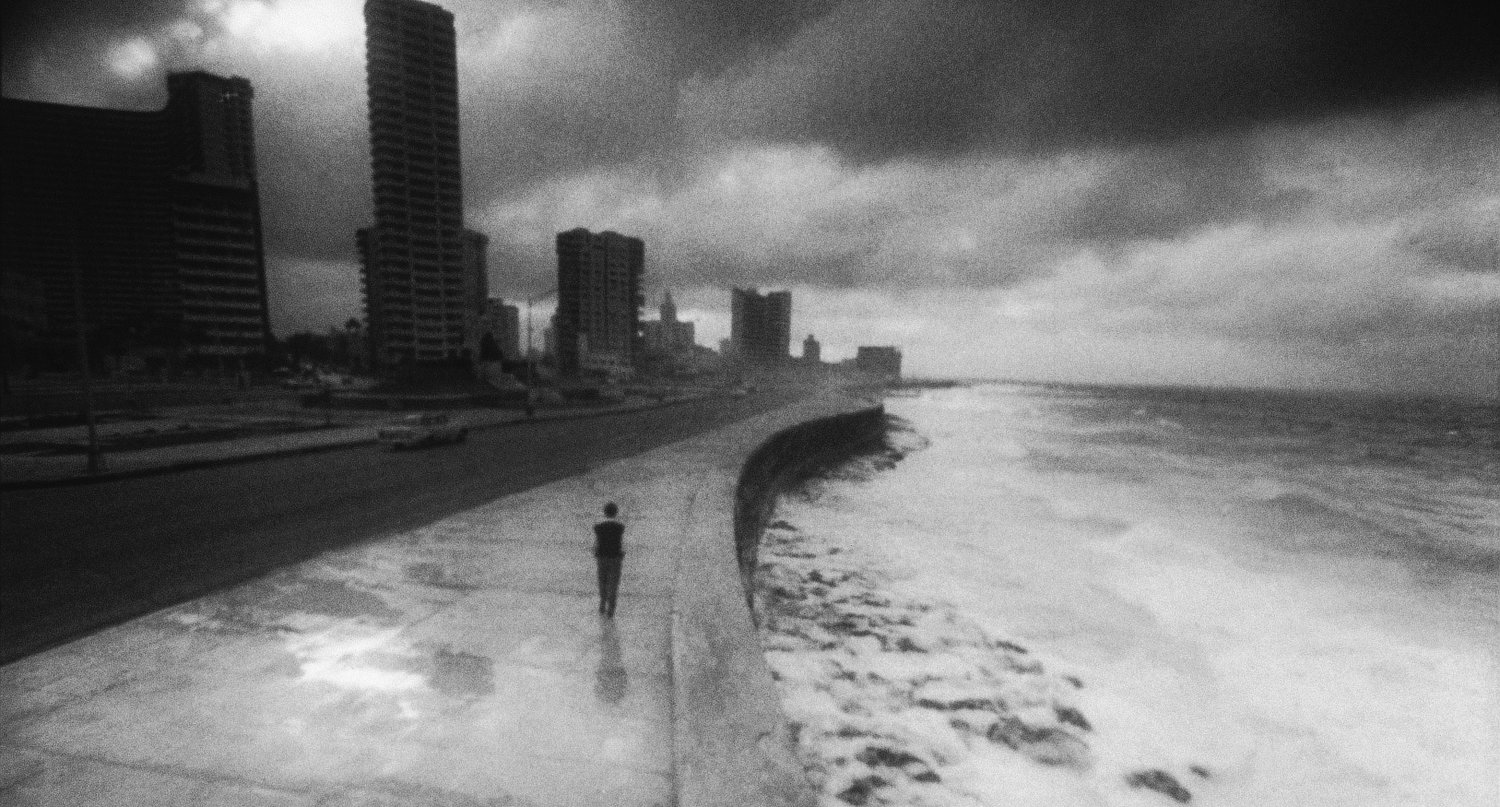 ‘Poetic’ films are those relying entirely on sound and images, where they by themselves or in harmony tell the story, without the need for words, voiceovers or intertitles to explain anything. It can also refer to a lyrical sensitivity in their presentation. It is not an objective genre but is used to show how pure a film is to its medium, as poetry is always deemed to be the purest and most instinctual of art forms. The adjective is possibly the highest honour that a film can be granted because it delves into the very basics of the medium itself. Directors who have made poetic films are all distinct in their own way and yet they share this same trait, that of allowing the visuals and the sounds, possibly the music too, to tell their story. This is something ‘I Am Cuba’ does magnificently as its greatest asset is its imagery and Kalatazov’s own uncompromising perspective. The voiceover acting as Cuba itself can get rather heavy-handed at times, but given its ideological purpose, it has to be, and in fact, contradicting an earlier statement, he manages to use it to add to the film’s own visual poetry.

Unlike Eisenstein, who was visibly a strict formalist, Kalatazov’s style never feels limited by technicalities. Characters move within the spaces of this film as if they are moving in the real world, their mobility hardly affected by the limitations of cameras at the time. The film has a spontaneity about it that makes it more akin to Godard’s early black-and-white films as opposed to Kalatazov’s own Soviet peers. Nothing though, could be further from the truth. Every shot in this film is painstakingly planned and executed. Yet somehow there’s a contemporaneous energy to them, like the ecstasy of the victory of a revolution and the vitality of the young people instrumental in its accomplishment, that completely negates their technical complexity.

When the movie released in 1964, it was immediately shelved and did not see the light of day until Martin Scorsese rediscovered it in the 90s and presented it to the world with Francis Ford Coppola, recognizing its immense artistic merit. The Soviets saw its message to be too tame and the Cubans were offended by its stereotypical depiction of them while the West remained oblivious to it because of the incendiary quality of international relations at the time. Kalatazov inadvertently ended up rebelling against the very system that enabled him by creating something as idiosyncratic as ‘I Am Cuba’.

The freedom and individuality of the film was in all probability, a great threat to the Soviet uniformity of their propaganda films. Just like the viewer’s own perception of the peace and serenity in the Cuban forests in the opening of the film changes after the final story, we too now, with a better understanding of political extremism can see how authoritarian governments can even suppress what propagates their own ideology if it does so, through any medium, by resorting to what is most personal in art – poetry.

Shahim aims to be associated with films in some capacity all his life. To him, Welles, Cassevetes, Tarkovsky and Haneke embody why filmmaking is the greatest of all art forms.