Home»Reviews»The Perfect Candidate [2021] Review: A wavering film about a woman who stood for office
Reviews

The Perfect Candidate [2021] Review: A wavering film about a woman who stood for office

The Perfect Candidate Review: The Match Factory is a little-known sales company that rose to some prominence this last decade. It has been behind bringing some excellent international cinema like ‘Alps’ (Lanthimos, 2011) and ‘Arabian Nights’ (Gomes, 2015) to ‘White God’ (Mundruczó, 2014) and ‘Zama’ (Martel, 2017). In 2019, it was behind ‘Ema’ (Larraín) and ‘Martin Eden’ (Marcello). Last year, it supported ‘Father’ (Golubović) and ‘Notturno’ (Rosi).

I do not intend to drown you with names you may or may not have heard of. I was however, happy to discover this company was behind ‘The Perfect Candidate’ as well. Directed by Haifaa al-Mansour, it premiered at Venice in 2019. Fellow cine lovers might rememebr Al-Mansour for ‘Wadjda’ (2012), often tagged as the first female Saudi filmmaker.

In addition to Venice,  ‘ The Perfect Candidate’ traveled to Toronto and London in 2019 and Sundance and Adelaide  in 2020. I mention this because not every filmmaker from Saudi Arabia gets to take their film everywhere. Al-Mansour had earned this because of her 2012 film. ‘Wadjda’ was the first time her country was submitting anything at all to the Oscars.

Dr. Maryam Alsafan (Mila Al Zahrani) wants to get the road leading to her hospital fixed. She lives with her father, who is a musician and travels the entire film with her two sisters. There is freedom and liberal values in the house. Once Maryam sets out to work, though, she is not entirely in control. An old male patient refuses to be touched by her because she is a woman. A senior doctor does not hear her out because she is young. Her colleagues and junior nurses do not think she is saying anything important because she is thinking of issues that do not concern them or her. 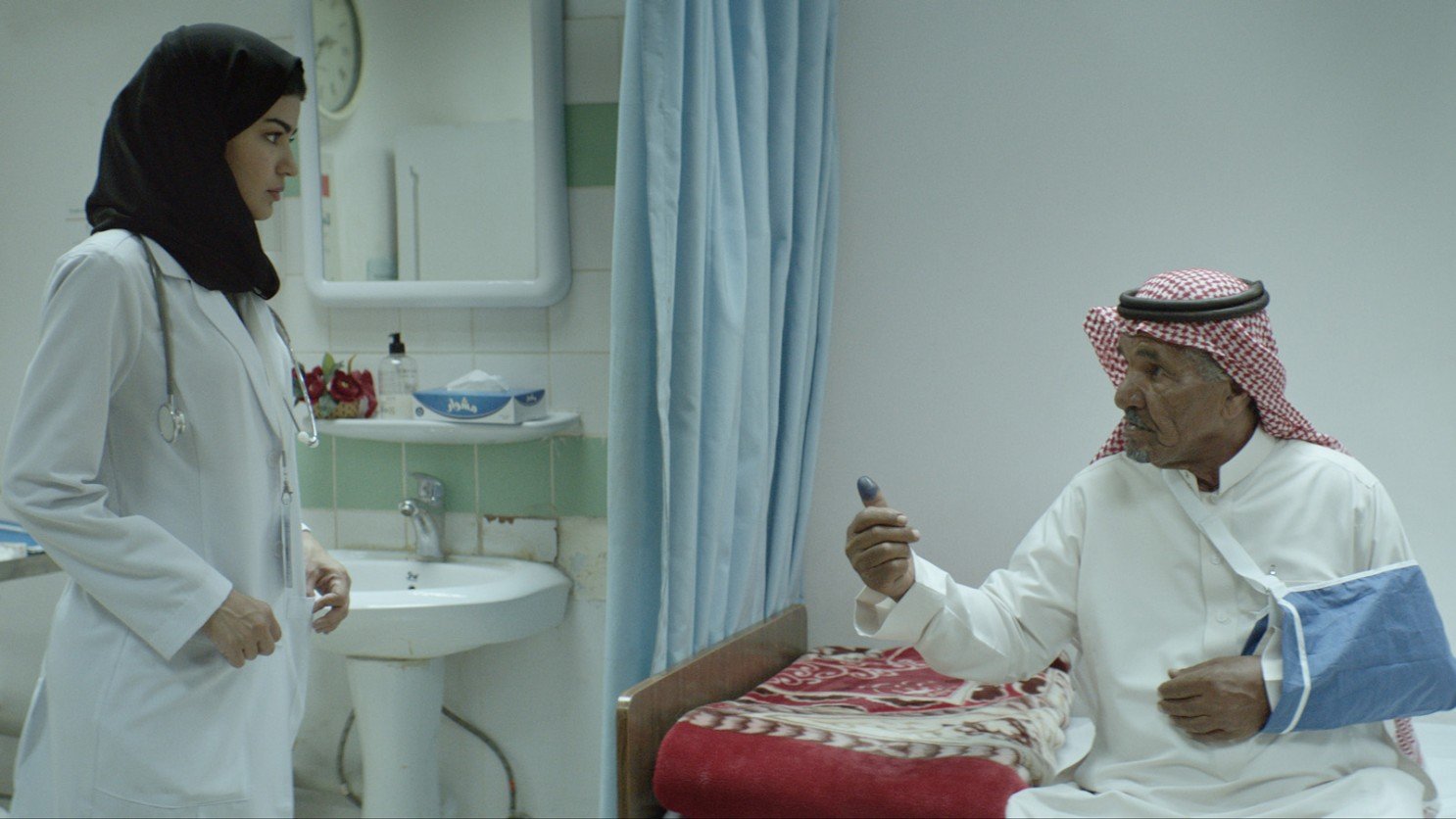 There is a medical conference in Dubai but her paperwork is not in order to travel. When she goes to the government office to fix it, the plot conveniently places her with a form to stand for municipal office. Al-Mansour and Brad Niemann’s writing lost me here at this contrivance, but the film was always going to be about her campaign. Even the person in charge asks her to just fill it out as if it were a lottery ticket form along with the other forms.

The results are nevertheless revelatory. The sisters do a basic how-to on their search engine and make a list, but they have to adapt it. The first obstacle: she cannot show her face in the campaign. She cannot address men directly; only her father or brother can. Even the women at her workplace would rather stay away from this business. Yet she goes viral, thanks to one of her sisters , Selma (Dae Al Hilali) who is a wedding photographer. And her campaign scenes are interspersed with traditional music that her father, Abdulaziz (Khalid Abdulraheem), and his band perform across the country.

Also, Read – The Dissident [2020] Review – The Pensive and Fury-Inducing Story of a Slain Journalist

While you can root for Maryam’s grit, you can never really point your finger at why she is running. She seems to be able to answer some of the questions that the women ask her in a mechanical fashion, but her true intention is to get that road fixed and that is all. This massive pitfall undermines her struggle as she tireless fights the institutions that do not allow women to have dreams of running for office. Who knows? Maybe, a man in the same place might have just wanted to run because of continuing his lineage or for the sake of institutionalized racism. At least, Maryam wants a road fixed!

The extent of sexism she has to go through by the end of the film is unsparing. Her father’s calm and musicare the only relief measures that the viewer has in merely witnessing all that Maryam is going through. Al-Mansour does provide the lead with enough gusto to address as many situations as she can. In these situations, you feel her adrenaline and want to one-up every individual who wrongs her. 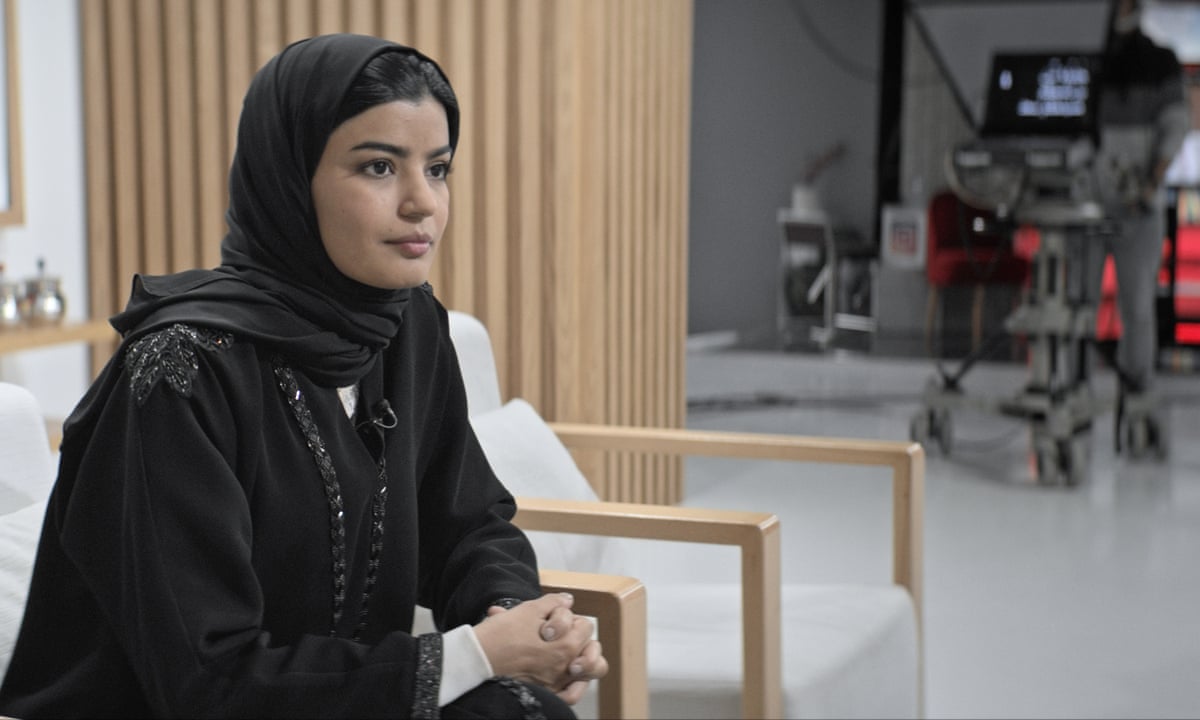 The film has been running virtually in the UK and the US for quite some time now. Running at 104 minutes ‘The Perfect Candidate’ is edited by Andreas Wodraschke and shot by Patrick Orth. It is far from perfect because it makes you pause and think about what just happened. On the one hand, that is good because you are probably checking your own bias against why a woman cannot do this. On the other, it could be the storytelling that does not come together as well as it should.

Either way, not only does Volker Bertelmann’s music give you enough reason to continue, but there is also plenty to watch and learn from narratives that are not singular stories like this one. It is not just about a bicycle this time; sorry! Try asking the candidates in your region and country to cover their faces the next election and use different names; let them win by merit. That, now, should be fair and perfect!

The Perfect Candidate [2021] Review: A wavering film about a woman who stood for office