The Lost Souls of Syria (2022) ‘IDFA’ Review: Political violence claims thousands of civilian life every day across the globe. Very few make it to the headlines and become part of our information diet. In fact, authoritarianism and genocide have become so generic that the mere information of it only makes the horror mundane. But unflinching documentaries like The Lost Souls of Syria (2022) look at the horror for what it is, and its cries for justice and accountability loudly echo among the unsettling silence of the international community. The Lost Souls of Syria – meticulously put together by Stephane Malterre & Garance Le Caisne – provides the most damning evidence of the Bashar Al-Assad regime’s war crimes and genocidal tendencies.

Despite the memory of Auschwitz, mass killings persist in the 21st century. Half of the governments in the world are right now probably indoctrinating a section of its populace to massacre the other section. Authoritarianism always seeks order and homogeneity. Tyrants will create bureaucracy of murder and unleash their killing machines on civilians if they feel that order is threatened. As shown in The Lost Souls of Syria, Bashar Al-Assad’s Syrian Arab Republic is no different. What’s shocking was the thoroughness with which the regime has executed hundreds of thousands of its own people. 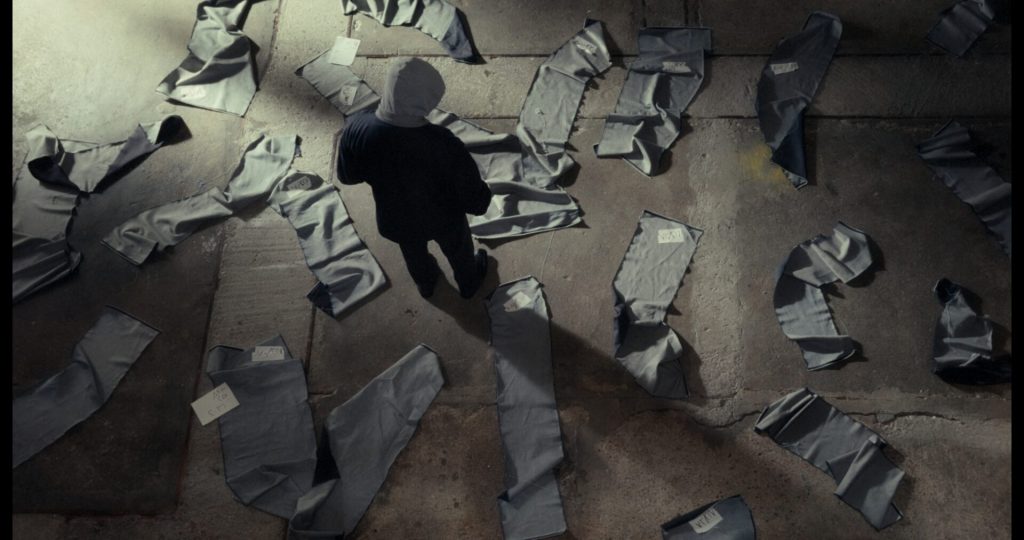 In August 2013, a Syrian military defector code-named Caesar smuggled more than 53,000 photos out of Syria (on thumb and disc drives) with the help of human rights activist Sami. Caesar was a former Syrian military photographer, and he shot these images between 2011 and 2013, the initial years of the ongoing multi-sided Syrian Civil War. Out of the 53,000 plus photographs, 27,000 plus photos show the image of tortured and murdered detainees. It was either taken at the numerous detention centers that spread across the capital city Damascus or taken at a military hospital. More than 6,000 victims are said to be there in Caesar’s photographs. To date, 1,500 families have identified a person in the photographs.

Since 2011, Bashar Al-Assad’s detention centers have claimed the lives of more than 100,000 Syrians. The Lost Souls of Syria looks at the mammoth undertaking of a group of people engaged in identifying the victims and holding the regime accountable for its shocking violations of human rights. What Caesar’s photographs offer was the most detailed evidence of organized killings by a regime after the Holocaust and Stalin’s purges. Yet the international community is so divided that accountability and justice seem like a distant dream. But still, these people work round the clock to keep the pressure on, strive for incremental changes, and gain small victories.

The Lost Souls of Syria opens with the confession of the masked defector, Caesar. He recounts his trauma and struggles that were plaguing him before moving out of Syria with the secret archives. Why did the regime document its own crimes? The reason is as much appalling as the crimes. We learn how apathetically and efficiently the bureaucracy of killing operates. On the other hand, we follow a bunch of international lawyers, spearheaded by Spanish-born international attorney Almudena Bernabeu.  In 2017, Almudena and her team prepare to file a criminal complaint before the Spanish National Court against high-ranking members of the Syrian Security Forces.

The complaint was brought by a Syrian-born woman with Spanish nationality. Her brother was tortured and executed in 2013 at a detention center in Damascus. The case was based on the ‘universal jurisdiction principle, which enables States to prosecute and punish war criminals. Of course, human rights litigation like this won’t lead to arresting individuals and jailing them. Nevertheless, it was an important step to bring some accountability to the crimes of the Syrian regime at an international level. The Lost Souls of Syria also documents another sensitive and complicated case involving two Franco-Syrians.

In 2013, Syrian-French nationals Mazen Dabbagh and his son Patrick Dabbagh were detained and forcibly disappeared by the Syrian Air Force Intelligence Service. In 2016, Mazen’s brother Obeida Dabbagh brings out a complaint in the French court, which is represented by Clemence Bectarte. Obeida initially remains conflicted about filing the case. He is bothered by the feeling that if by chance his brother and nephew are still alive, the Syrian Security Forces might immediately kill them after filing the court case. The grief and uncertainty of Obeida’s family are very heart-breaking and their suffering isn’t alleviated by easy answers.

The Lost Souls of Syria perhaps represent a new cycle of documentaries about the Syrian Civil War and its consequences. White Helmets (2016), Last Men in Aleppo (2017), City of Ghosts (2017), The Cave (2019), and For Sama (2019) largely focused on the Syrian conflicts from the front lines. The documentaries have great immediacy and were made with the intention to convey the large-scale despair and suffering of the Syrians. But now that the war drags on, mutates, and grows, the documentaries are reflecting on the everlasting impact of the war on its survivors and victims’ families.

In Lost Souls of Syria, a survivor of the regime’s unspeakable tortures offers his detailed testimony to the lawyers. He breaks down at one point, and the lawyers don’t try to console him with simple words. We and they know that the trauma the man carries might accompany him every waking moment of his life. Since the possibility of true justice remains elusive, the survivor’s trauma disturbs us even more. We are subjected to such grim accounts of torture and images of mutilated bodies that at times Lost Souls of Syria becomes a very dizzying experience. Nevertheless, determined individuals like Bernabeu keep alive the fight for justice and listen to the voices that otherwise go unheard.

Overall, The Lost Souls of Syria (99 minutes) explores the arduous ongoing process of prosecuting a murderous regime for its war crimes without infusing false hopes.