The Church of Jesus Christ of Latter-day Saints (LDS) – commonly referred to as the Mormon Church – has a vibrant and expansive missionary program. Young people between 18 and 24 years of age are encouraged (not mandatory) to serve as a missionary for 18 months. Every year at least 60,000 young missionaries are sent across the world to preach the Mormon faith that dates back to 1830. From dress code to limiting communication with friends and family, the missionaries who opt for the program need to make certain lifestyle changes. Tania Anderson’s first feature-length documentary, The Mission (2022) follows two young men and women who leave the care and comfort of their suburban families to spread the gospel.

Shot in cinema verite style, the filmmaker mostly doesn’t intrude with her authorial gaze while intimately focusing on the young missionaries’ challenges abroad. Moreover, this is probably the closest a non-LDS film crew has reached to capture the LDS teenagers’ faith bubble, their everyday emotions, and prolonged psychological distress. Things are definitely changing within LDS. There’s a tinge of liberalism nowadays. Still, in the past decade or two, the institution’s darker sides including its ultra-conservative vision have repeatedly been discussed and dissected in the media. The Mormon Church has also been very active in engaging with media and impeccably use the internet to make their voices heard. However, the study on LDS or Mormonism for many of us encapsulates the danger of blind faith, or (to a large extent) our misgivings on organized religion. 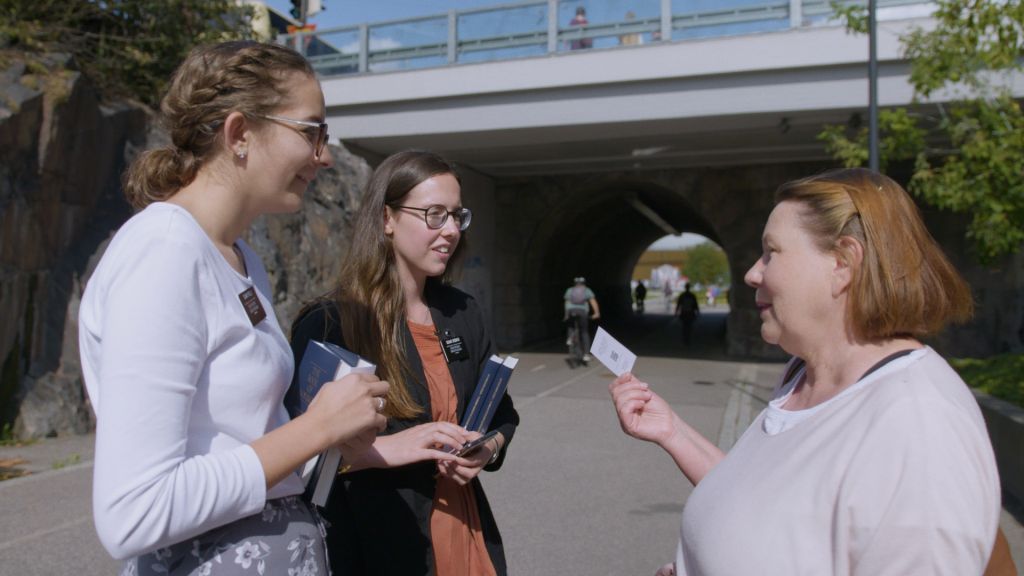 Jon Krakauer’s 2003 book ‘Under the Banner of Heaven’ brought a lot of the world’s attention to Mormonism. The book addresses the origin and history of the Mormon Church, and alongside tracks down America’s isolated, fundamentalist Mormon communities. Krakeur also zeroes in on the violence and normalized prejudice that’s directed against these communities. The literature on Mormonism has only exploded over the years. Brian Evenson, an author and ex-Mormon weaves inventive horror stories based on the Church’s beliefs and actions.

Related to The Mission: 10 Must-See Documentaries About Cults

Tara Westover’s enlightening memoir ‘The Educated’ brilliantly chronicles the gradual process of leaving her Mormon upbringing and faith. In recent years, the polygamous cult known as FLDS spotlighted the virulent nature of Mormon fundamentalism. There have been plenty of books and documentaries on the disturbing chapters of FLDS. Even Netflix with its standardized true-crime documentary aesthetics made Murder among the Mormons (2021), a bizarre criminal case that’s tied to the weird Mormon history.

Tania Anderson’s The Mission perhaps brings to our attention the most important populace of the Mormon Church: the young representatives who genuinely believe that their religion and faith can bring positive change to the world. In fact, the perils of dismissing organizations like the LDS Church as an evil cult or by flatly turning it into true-crime pulp fiction is that it can prohibit us from really understanding why it works, and how it is retaining as well as gaining followers. It’s not always fear, intimidation, and the promise of paradise.

In ‘The Mission’, the four young people of LDS Church – Kai Pauole, Tyler Davis, Megan Bills, and McKenna Field – exhibit all the traits and tendencies of people who grow up in a conservative household. But even within the family, doubts are expressed over religious beliefs. Even so, Mormonism does bring a greater level of control to their lives in exchange for a sense of community and belonging. In fact, the young missionaries instead of going to Finland to spread the gospel could have gone to college abroad, and they would have faced a similar set of challenges and inner conflicts. It’s interesting how much we can identify with their ‘fish-out-of-water’ circumstances. And mix this up with the restlessness and self-doubt of adolescence, Tania establishes a simple yet thought-provoking coming-of-age tale. The documentarian gives the centre stage to these four youngsters, instead of making it her mission to understand the religious organization through their eyes. 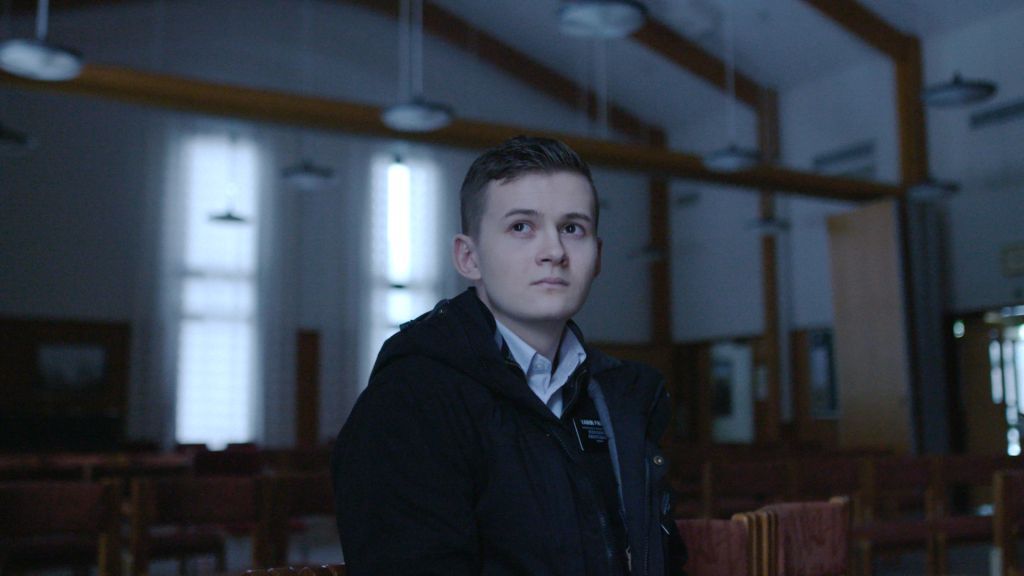 Pauole gradually adjusting to the Finnish coldness, Davis’ mental health struggles, Bills and Fields’ determination in the face of gruff dismissal as well as pertinent questions, all convey to us their individual traits. Even Fields’ relentlessly chirpy attitude about everything related to LDS and religion isn’t irritating, but a little sad. It is eventually melancholic because of the control the Church has over their thoughts, and due to the psychological impacts of such narrow worldview and expectations.

At the same time, unlike something like Jesus Camp (2006), The Mission doesn’t use clever editing techniques to drive home a liberal point of view. We could hope that the documentary had asked a few tougher questions or had been more artfully edited. Nevertheless, by providing great space to the young missionaries’ voice, we could discern the mechanics of organized religion and its control at the deeper emotional level.

Overall, The Mission (95 minutes) remarkably looks at a religious institution and their faith from the inside, and most importantly without any prejudice.

The Mission was screened at the 2022 Sundance Film Festival

All Adam McKay Movies Ranked From Worst to Best