The Resort (Season 1), Episode 4 Recap & Ending Explained: As expected, or can I say, as unexpected, The Resort returns for its new episode to answer a few questions while also leaving you with some. The episode clearly focuses on memories and how they play such an important role in leading us through life. But it also touches upon the idea of ‘forgetting’ and why the body uses it as a self-healing process of sorts. The mystery at the center of the premise goes into pulpier and frankly more twisted territories and it will be interesting how the showrunners tackle that aspect.

The Resort (Season 1), Episode 4 “The History of Forgetting” Recap:

If it wasn’t quite evident by the end of Episode 3, the phone that falls off into the elevator shaft after getting slipped from Emma’s hand actually receives a call. A 15-year-old phone number receiving a call? Weird, right? Anyway, the episode opens with the vibrating cellphone falling to the ground and dissociating into a million pieces.

Meanwhile, Baltasar who was knocked unconscious by Emma’s golf club blow wakes up. Unexpectedly, he doesn’t seem like an intimidating character at all. In fact, when he starts to narrate his story, which leads out by saying that Sam and Violet are only a single thread of a bigger puzzle, he comes off as a softy and not someone who is dangerous at all.

He goes into nostalgia mode by telling them about the history of Oceana Vista and how he came to be an employee there. His story begins by introducing us to Alex (Showrunner Ben Sinclair who we met in the previous episode as the creepy Santa). He is this hippy, eccentric, larger-than-life guy who has inherited the resort and likes to see people for who they really are.

His first encounter with Baltasar results in him plodding his real interest in detective work out of him. So, the two of them mutually decide that Baltasar would take up the job as the Head of Security around the Oceana Vistas. He also tells them how everything came to be for the resort and how it is composed of misfits – ex-convicts, immigrants, and runaways who eventually joined in to become a family of sorts.

The montage shows us a happy 5 years between Alex, Baltasar, Luna, and all the other workers at the Oceana Vistas; leading us to the moment where the photograph that Emma and Noah stumbled on was clicked. This is the exact moment where Alex admits to Baltasar that he is having memory issues – something he calls ‘memory leak out of his ear and ass that he notes as Tempus Exhaurire.’

Baltasar then tells Emma and Noah that Alex was a non-threatening man but the memory loss made him more and more problematic to deal with. He started capturing every single important moment with post-ed notes and drawing them up on the big mural (the painting) we saw in the previous episode. The memory issues also resulted in more problems around the resort when headless iguanas that Alex had killed were found all over the property. 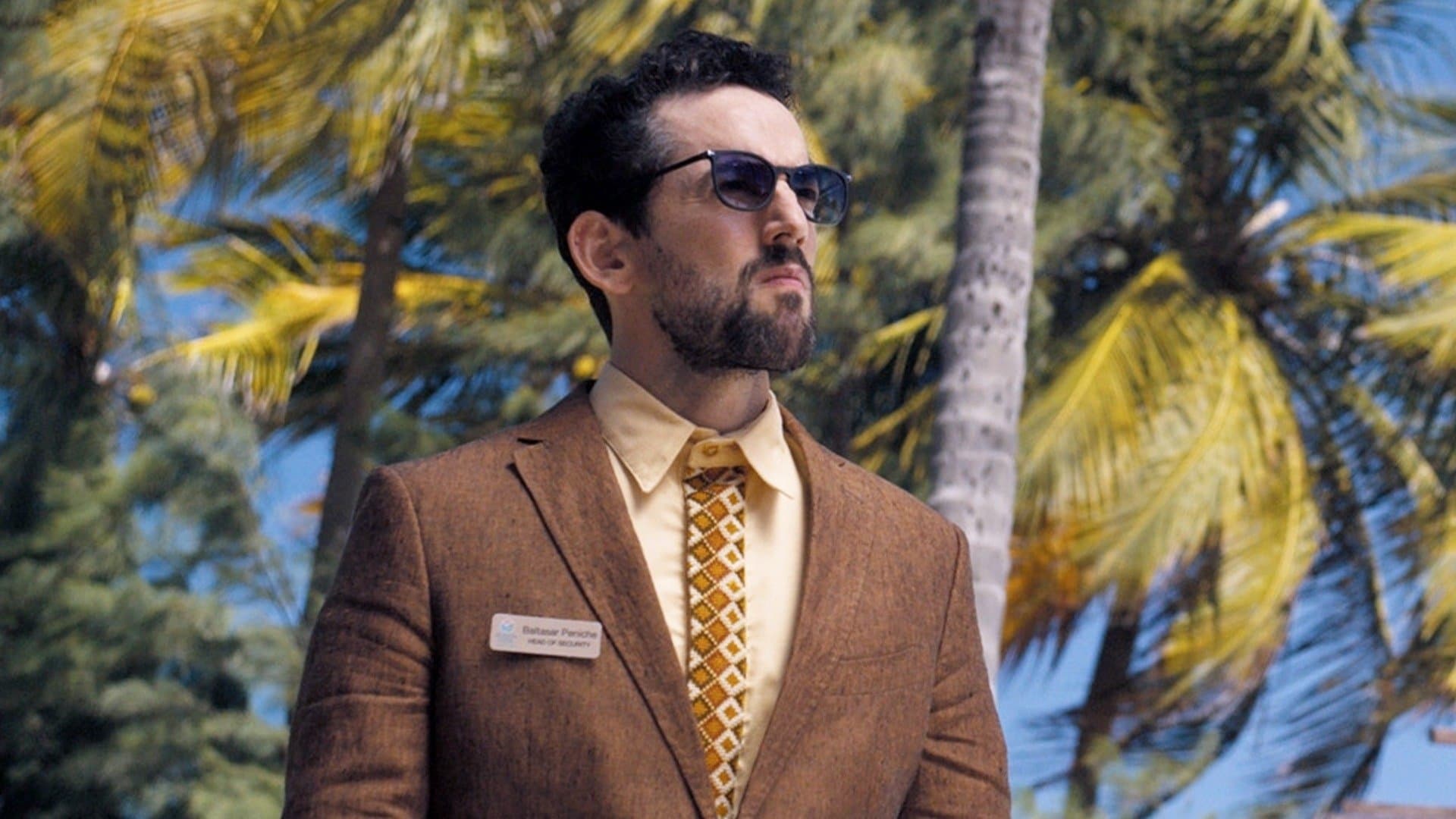 The day after Christmas, Baltasar finds Alex in extremely bad shape where he has crashed his jeep into a tree inside the resort as he also learns about the approaching storm. He is then summoned by Sam’s parents who tell him that Sam has been missing. Baltasar being Baltasar takes this missing case as one of his first detective adventures, soon learning that another guest named Violet is missing too.

On investigating further, Baltasar learns that Sam and Violet’s disappearance has something to do with Alex as he might have been the last one to see them, as the two of them were last seen going into his room. However, Alex is completely unaware of what might have happened to the two of them because that part of his memory is missing.

Baltasar then discovers Sam’s Skateboard in Alex’s room, but before he could find the kids or anything else related to them, the storm approaches and he sees a naked Alex rushing towards the sea killing himself. The show moves into another montage where Alex’s audio-recorded message about memory and remembrance plays over people of the resort rushing towards safety as the storm approaches.

The Resort (Season 1), Episode 4 “The History of Forgetting” Ending Explained:

The ending of episode 4 of The Resort brings Baltasar’s story to a conclusion. He tells Emma and Noah about the police investigation that failed to find out anything about the missing kids, except for them finding the skateboard. He also tells them how alone and distinct he felt right after everything at the Oceana Vistas died down.

The episode, which doesn’t just encompass memory and decay, but also finding a home and tribe as the most essential elements in life, comes to a conclusion point where Baltasar points at the painting. He says that he has been staring at the painting to find a clue for a year and it only led him to understand that Baltasar’s ramblings about life were not all that profound and that he was crazy.

However, the last key moment of the episode finds him pointing at the mural and saying that there was some kind of method to his madness. He points to the end of the mural that also has Emma and Noah in it, leaving everyone – including the viewers in a state of shock.

The question that the episode leaves us with is; How on earth are Emma and Noah in a painting that was done 15 years ago? Do the warm holes implicate some kind of time travel? Or is it that the memory leakage that Alex talks about also led him to not just see his past and present but also the future? All these questions will be hopefully answered in the upcoming week.

The Problematic Representation of Dalits in Bollywood's "Essential" Films

6 Films to watch if you like Purple Hearts on Netflix