“The disappearing act you did was very very clever. What are you a magician or something?” This is how our protagonist Lisa (Janel Parrish) reacts in Until We Meet Again, to a literal stranger in a mansion who vanishes out of plain sight and then reappears, casually with a cigarette. He’s handsome and white. Too white. Does that give you a hint? He’s a ghost stuck in the house. When Lisa requests him to stop scaring her by vanishing out of plain sight and returning, he replies, “You are taking all the fun out of being a ghost.”

That is all that is needed to fathom the way things turn up at this grand house, as Until We Meet Again promises to keep. But first off, for whichever reasons it might suggest for the plot and characters, why does the film have such an unnecessary title? Once you have braved the unlikeliest demands the script asks of you, the title does sound completely bizarre. Perhaps this is a more sane inquisition of the film that one is capable of making, keeping in consideration the number of questions one might have after witnessing Pece Dingo’s Until We Meet Again.

Related to Until We Meet Again – Always Be My Maybe Netflix [2019] Review: A Comedic Treat with a Racial Flair

It all begins when aspiring singer-songwriter Lisa catches her boyfriend Shane (Jason Gatson)cheating with another girl, and by the next couple of scenes finds herself as a housesitter. How? She met a woman online, and that’s about it. Although she does not introduce herself as an ‘aspiring’ singer-songwriter, which is well enough- she actually struts her way to studios of artists and musicians to hand over her music in a CD. (To clear out, the film takes place in 2013.) Without an appointment, or any gig or label to her name. Although we do see her performing at a small concert in the very first scene – which she seems to have forgotten completely about. Don’t ask why. 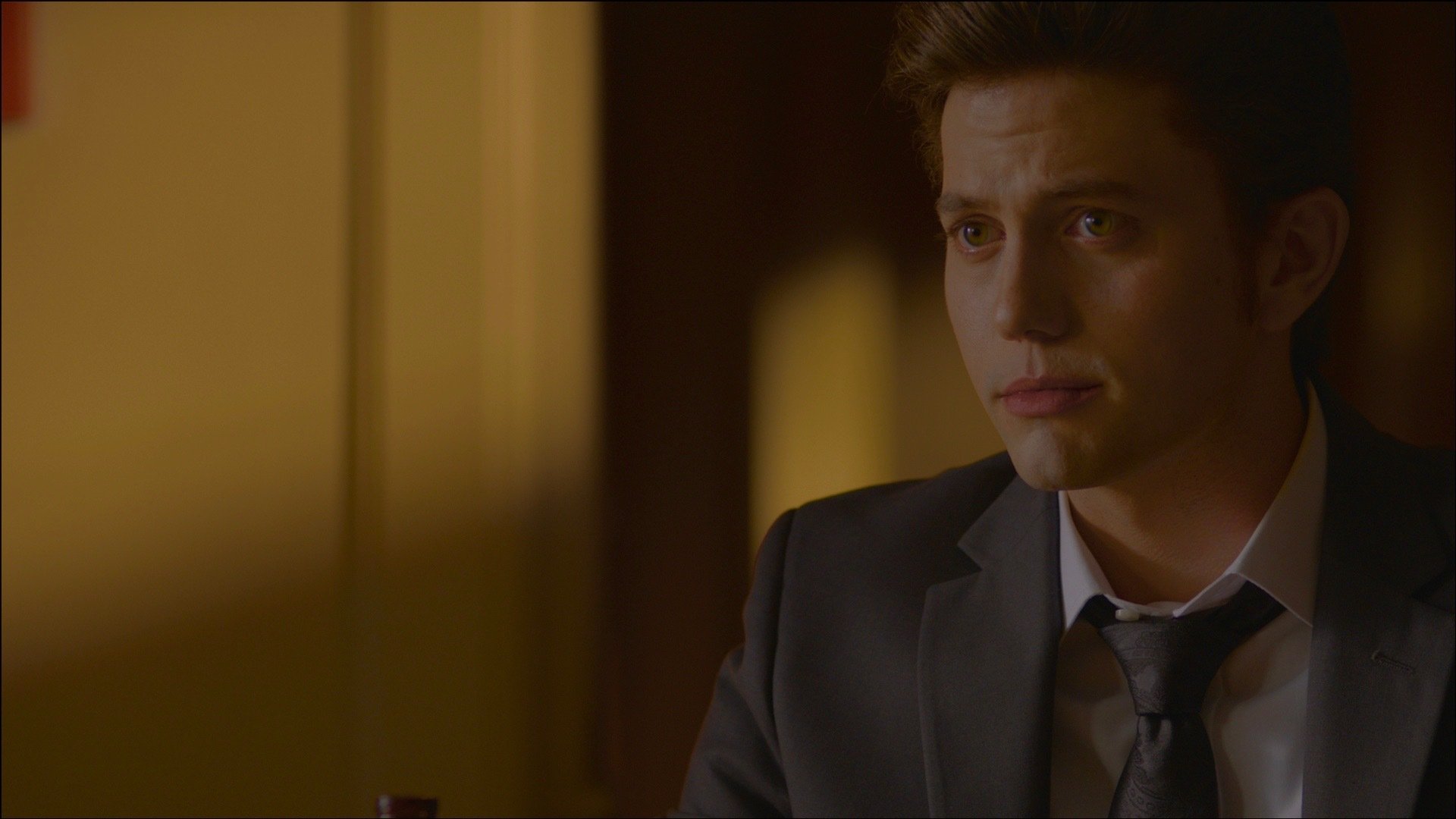 In the mansion, you know there’s something amiss the second you step in. Creaking doors, dim lighting, and two jump scare later she finds out it is a rat. A rat, that’s true. Next scene – there are exterminators Louie (Antonio Fargas) and Angel (Leslie Jordan) who pick up the rat and leave, mysteriously. Still, the discomfort remains – and it is not very long until Lisa finds out that is a man named Eddie Conway (Jackson Rathbone). Suited and hair perfectly combed, this is one sweet ghost with a piano. He was a concert pianist in late 1969. Since then he has been living in the house – guarding it with care and cleaning. Her friend (LeToya Nicole Luckett-Walker) dismisses all of it as hallucinations. (Cue: they had been smoking up pot). What happens next is better, not spoiled.

Mistake me not, Until We Meet Again still made me root for these two characters so zoned out in a screenplay, written by Dingo, that the wait for things to turn around felt okay until it was too much to bear. With such a wafer-thin story, even a crisp runtime of 90 minutes feels like forever. Who is the lady from whom Lisa got the details of the house? Why is Eddie unable to leave the house as a ghost in the first place? His backstory, when recounted, does nothing to prove his point whatsoever. His connection with the house is never clear.

Until We Meet Again proceeds with a number of unfathomable occurrences- each stepping an inch above its predecessor in the degree of bizarreness. It is not that ghosts of the past have all been terrifying in the present- Pedro Almodovar’s Volver comes to mind immediately to show exactly how- but what makes this one truly lacking is in its sense of tone and direction. For all its transgressional bond defined by existential limits, Until We Meet Again has neither intent nor interest. The performances can do little when operated with such a lousy, and humorless screenplay.

Imagination runs wild. But sometimes those intentions must also return back home for better or for the bad. Out of all the moderately annoying characters in the film, it is Shane who stands tall as the manipulative, harassing ex who seems to pop at public spaces and have fun. But the inclusion of thriller-like possibilities by the end is what is baffling in this equally baffling and inane film riddled with unnecessary characters.