In this week’s weekly roundup, I will be talking about the three recent releases that are both big and small in their ambitions. For instance, Julia Ducournau’s Titane, which gets a US theatrical release this week is an ambitious, experimental film that isn’t all that big considering the other two films here. However, with the big Palme d’Or win, one simply can’t say that out loud anymore. Movies like The Guilty and No Time to Die are of course the big guns with star power and enough marketing games working for them, but Titane is certainly the clear stand-out here.

In the following article I look at the three films in more detail: 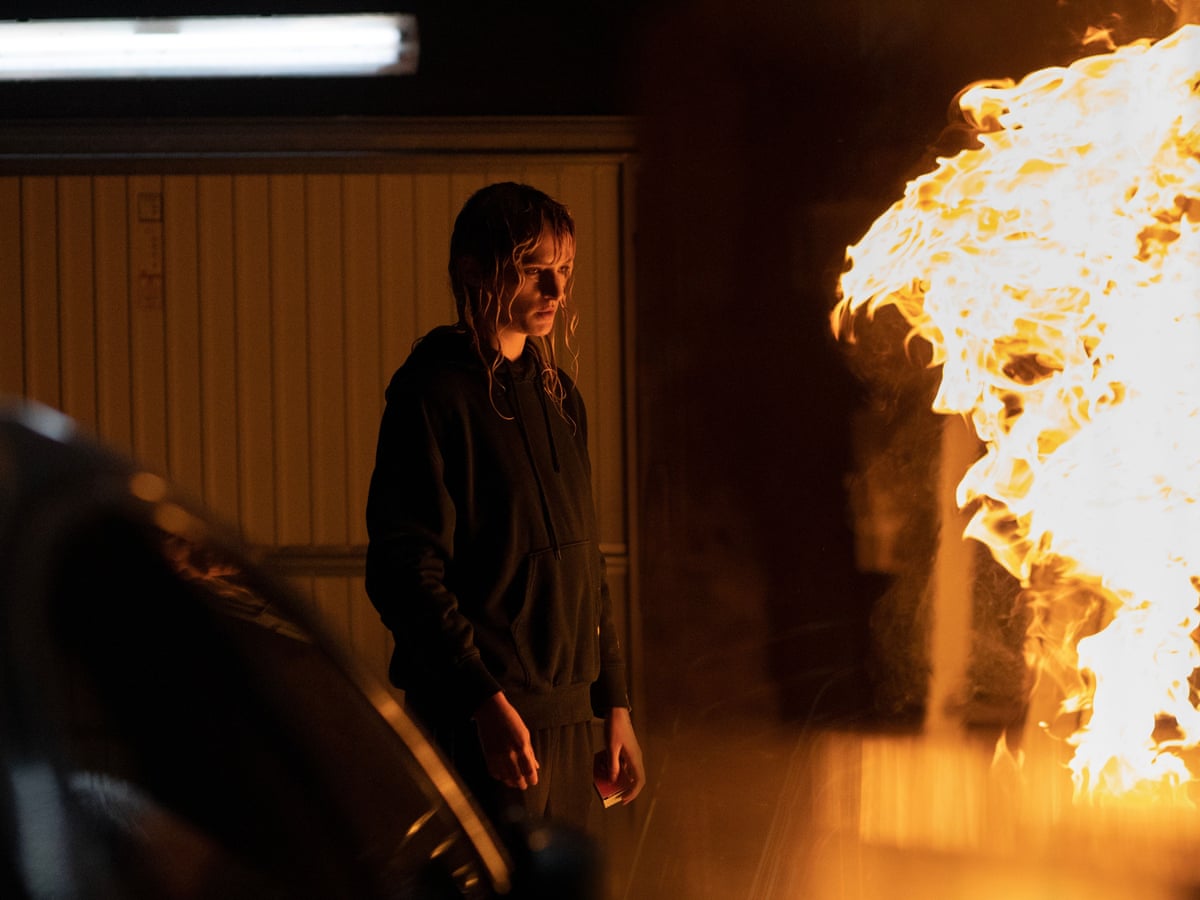 French filmmaker Julia Ducournau’s follow-up to her cannibalistic horror film Raw is yet another violently visceral look at some of the same themes. With Titane, the filmmaker just went extra wild, crazy and original.

Following Alexia’s (Agathe Rousselle) life – a showgirl at a motor show, and a thirst for new flesh, this is a powerful and fucked up look at rebirth. Using her violent edginess to the best of her abilities, Ducournau’s coming-of-age arc is far blunter and her look at sexuality, and the nature of the human condition is extremely potent.

While it might feel like the filmmaker has gone wits out in her sophomore feature (which is far more experimental and vague than her debut), Titane feels like a complete journey by the time her excessively loaded and metaphorical climax arrives.

Both a seriously unsettling & squeamish serial killer movie and a compassionate & searing look at acceptance, Titane is a one-of-a-kind representation for the gender-fluid generation. 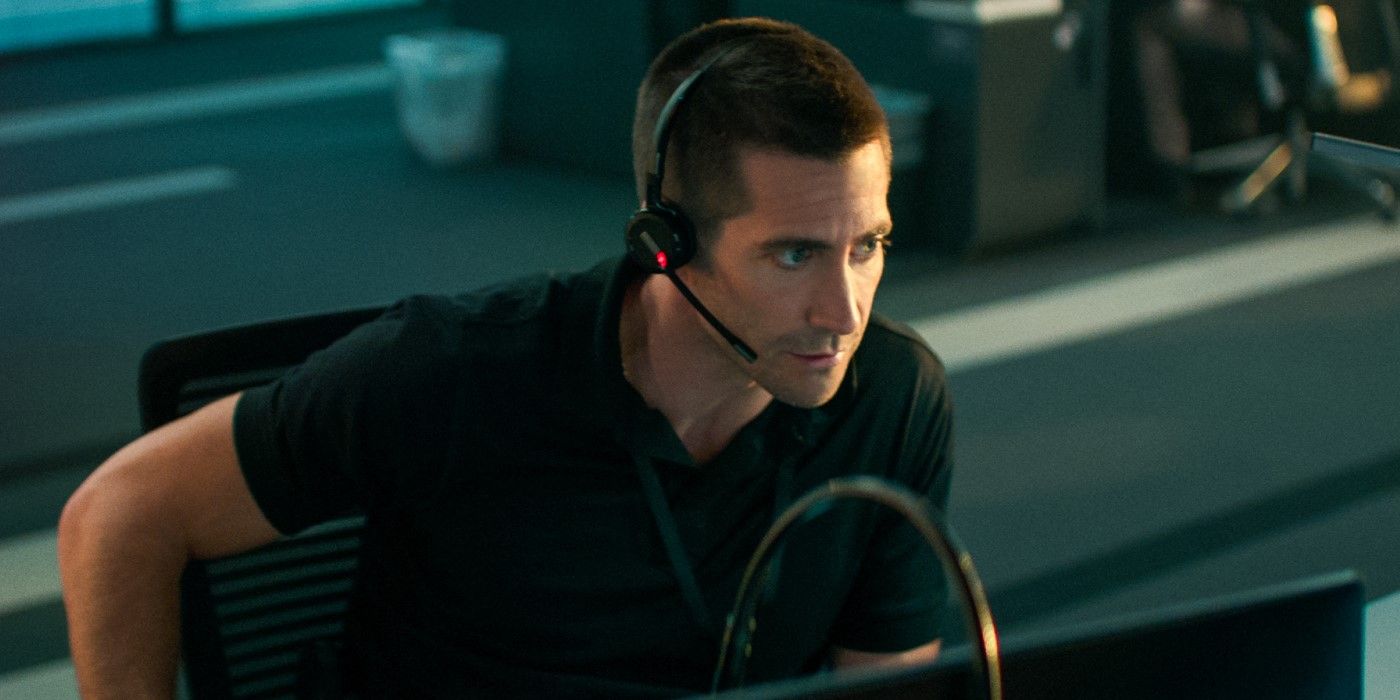 There’s no way someone can objectively judge Fuqua’s film if they have already checked in with the original Danish thriller. Both the films are almost exactly the same, except maybe Fuqua’s use of an asthma inhaler as a character enhancer for good measure. The setting, to the entire line of commands, is almost identical.

For those who aren’t aware of what The Guilty is all about, it is about Joe (Jake Gyllenhaal) – a man with anger issues demoted from being a police officer to a 911 call dispatcher because he is on trial for killing a 19-year-old-boy on duty. On the eve of the case’s important hearing, he receives a call from a stressed-out woman who is supposedly kidnaped and goes out of his bounds to help her.

Now, pretty much like the original film, Fuqua’s version takes place almost entirely inside the closed rooms where call dispatchers do their bit. However, something’s really wrong with his sense of visual storytelling because The Guilty doesn’t manage to match up to the tension that the Danish film achieves. Both Jason Ballantine’s editing and Maz Makhani’s camerawork don’t work as well as they did in the original version.

The only high point here is Jake Gyllenhall’s dedicated performance that almost salvages this unwarranted Americanization of a far superior Danish thriller. 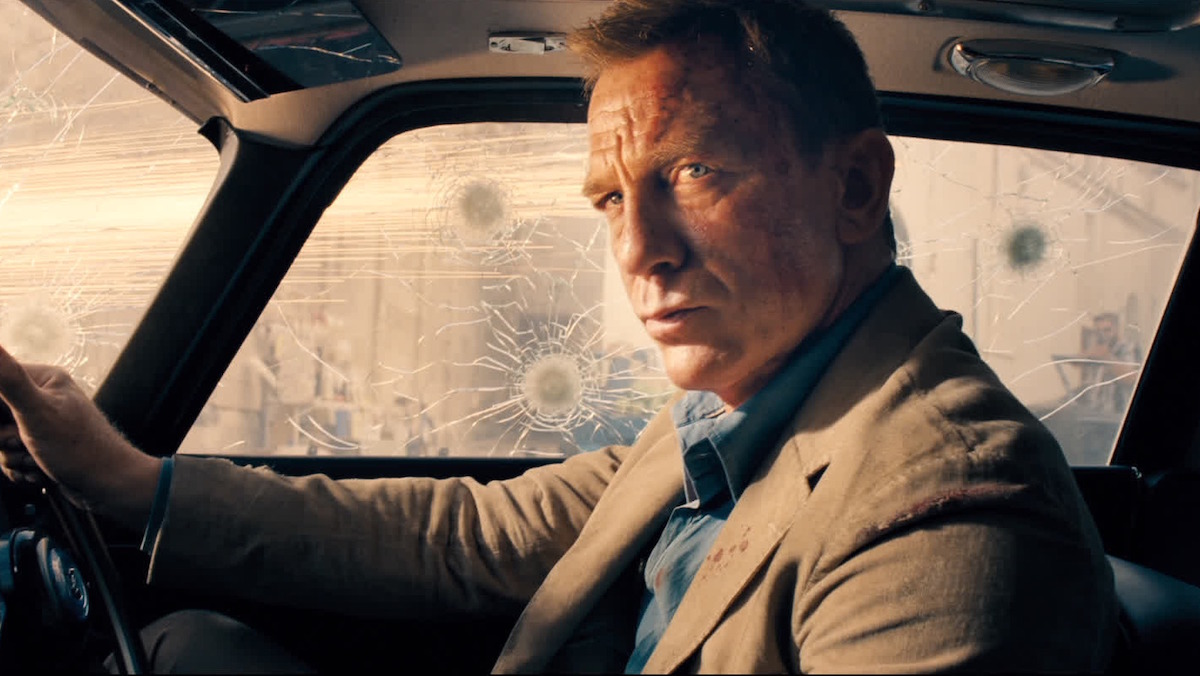 With the five films that Daniel Craig has been a part of, James Bond has essentially become more emotional and human. The British actor has inhabited the style and charisma of Ian Flemings’ character and in some way, reinvented it.

The final film with Craig as Bond is both an emotional experience for long-time fans and Craig himself – and it shows. Cary Joji Fukunaga, who was brought in to take over the director’s chair after Danny Boyle stepped down, understands that and uses it as well as he can.

The result is a big screen extravaganza that matches Bond’s charisma with Craig’s humanized approach to the character, to the best of its abilities. The action is extremely sleek, the arcs, however wobbly, feel well earned and the overall farewell to the actor is heartwarming.

The downside is the bad guy and possible future prospects for the Bond universe. In a film clocking at 163 minutes, Rami Malek’s villainous turn remains underdeveloped and bland. Lashana Lynch’s 007 agent lacks the charisma and banter that it requires and thus almost always steps away from taking charge. Gorgeously shot and well-executed, No Time to Die will only be remembered as a beautiful swang song to Craig’s bond and nothing more.