Isolation & loneliness are striking features in Icelandic director Hlynur Pálmason's debut film "Winter Brothers." An amalgamation of idiocentric dead-pan humor, dreamy escapist visuals & some bold narrative choices, this 'lack-of-love-story' is too drunk on its own homebrew to make a run for home.

Hlynur Pálmason’s film opens with a magic trick. A group of workers working at the core of the earth somewhere in Denmark seems to be on a break from the quagmire in the perils of an isolated limestone mine.  Emil (Elliott Crosset Hove) comes up to the circle and makes a bottle of home-made hooch reappear. There’s a small rejoicing moment as everyone gets back to their routine & the noise of the industry is the only thing that breaks the silence.

Emil, who lives with his older brother Johan (Simon Sears) in these dusty, snowy terrains of what feels like a post-apocalyptic, other-worldly wasteland is the odd one out. While the muscular men around him have somehow come to terms with the times and the place, Emil’s aggressively dark nature keeps pushing him to do what only a man-child would do. As the two brothers get into a pissing contest (which is not the only time you will be construed to male genitalia), we get to hear Emil’s reply “Everyone has little darkness in them.”

Emil is a conniving, mischievous young lad who rallies around the block for a little entertainment. His exuberant energy is no match for pretty much anyone residing in the locals, who have sufficed to Emil’s cheap home-brewed hooch in replacement for the isolation and sadness. Emil’s outward nature often gets him into trouble as the hunky dudes are on the lookout for a mistake that he might conceive, which he does evidently. He is caught after he steals chemicals for his little brewery and the trouble comes knocking when one of the workers gets sick assumably because of it.

This is where Pálmason opens up his narrative strands into a bewildering, dreamlike stance of littered plot instances. Which leads us to believe that this is, in fact, a work of fiery experimentalism. Emil’s lack of sustainability in the lost world he is forced to be a part of botches up more and more as we are carefully driven into masculine fights and dreaded alienation. The idea of fitting into this manly world becomes like a broken facelift for him once his drinks are considered toxic & he forgoes into a state of rebellion. 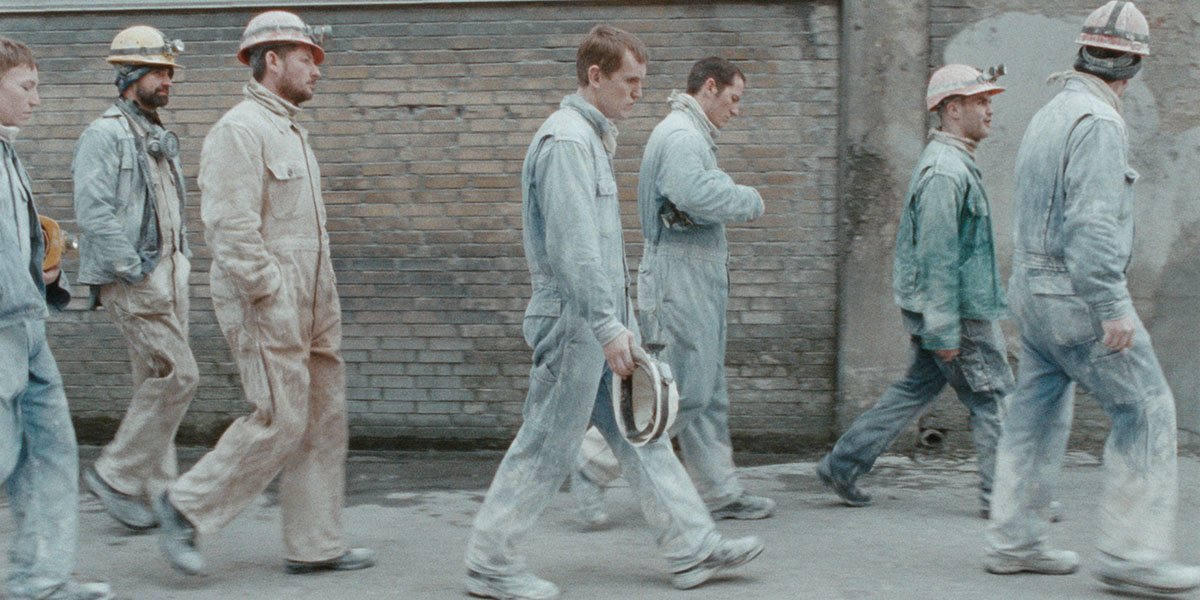 The VHS tapes that find him learning to operate a rifle act like a sort of getaway as he discovers the real meaning of life being the ability to be ‘loved and fucked.’ Both of which seem a distant possibility as there’s only one girl around the community. Emil is smitten by her but life is like living in those mines where people throw stones at you for trying to fit in. This is where the film took off into a lateral world that seemed more ambiguous than fascinating. The intensity of the narrative remains, but it simply becomes exhausting when the film tries to be too many different things for a shot at originality. Lacking both the plot & drive to get there.

Hlynur Pálmason is an artist but he doesn’t profess his frame with senseless artistry. Shot in 16 MM, the film mostly has a bleak, almost monochromatic look into the life of these men. The experimental score by Toke Brorson Odin plays an essential part in keeping things outwardly different from what we have conventionally seen both in mainstream cinema & other art house films. Elliott Crosset Hove who plays Emil is a revelation. The kind of vulnerability, aggressiveness & naivety that the character possesses needed a kind of energy that Hove has perfectly encapsulated in his superb turn as the man-child who just wants to be loved.

Isolation & loneliness are striking features in Icelandic director Hlynur Pálmason’s debut film “Winter Brothers.” An amalgamation of idiocentric dead-pan humor, dreamy escapist visuals & some bold narrative choices, this ‘lack-of-love-story’ is too drunk on its own homebrew to make a run for home.