"Black Kite" (82 minutes) is definitely worth watching, but it could have been truly memorable if its good intentions were shaped to produce a deeply touching drama.

Shot over 14 days in Kabul by employing guerilla-style film-making, Afghan-Canadian director Tarique Qayumi’s second feature film Black Kite (2017) tells the troubled tale of a kite-loving protagonist whose livelihood and freedom is impacted by disruptive political and social shifts. Tarique Qayumi, who immigrated to Canada when he was eight years old and later studied film at UCLA, tries to remove the blanket of fuzzy Western perception and examine one Afghan family’s dispossession with compassion and honesty. However, the output isn’t as great as its noble intentions, for one the film lacks strong emotional engagement and subsequently misses upon imparting profound psychological depth and emotional complexity. Black Kite isn’t entirely devoid of interesting visuals or themes as Qayumi strives to shed light on the ever-changing Afghanistan society. To borrow a kite metaphor, the film looks outwardly colorful but fails to soar high in the wind. 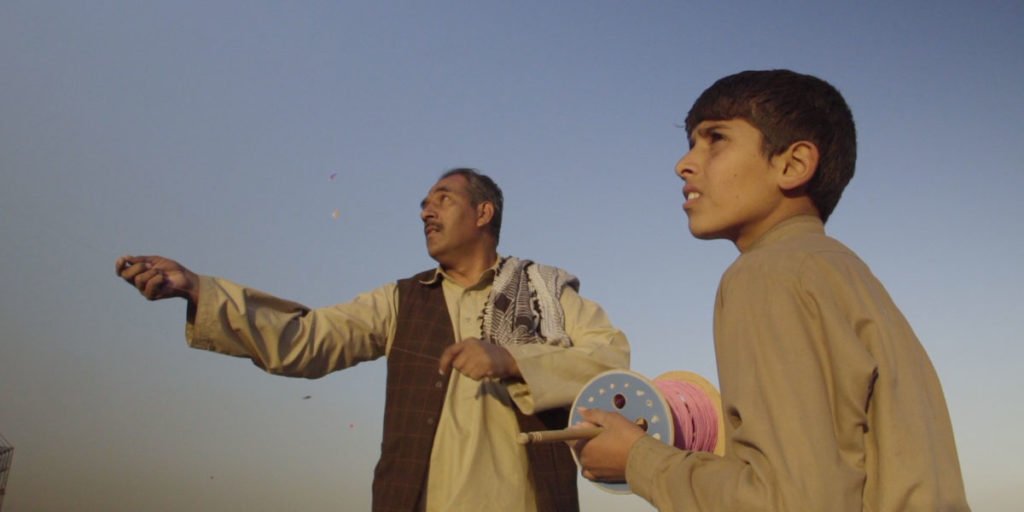 Tarique Qayumi’s directorial style is commendable for blending in different styles – historical footage and surrealistic animation. He efficiently mixes up the visual styles to weave a stirring narrative, chronicling the middle-aged protagonist’s quiet rebellion and his emotional bond with little daughter. Unfortunately, Qayumi’s characterizations lack depth and his flock of non-actors aren’t well trained to carry the well-intentioned drama. Black Kite’s narrative scope covers five decades when Afghanistan had a king and strove for modernity to the period where the country is torn apart by various Islamic extremist factions. The film opens with a middle-aged man Arian Mohammad Wali (Haji Gul) sentenced to be executed early in the morning. Inside the dingy prison cell, on the last night of his life, Arian recollects his love, yearning, and crimes to a young fellow prisoner.

The series of flashbacks accounting Arian’s childhood, adolescent and adult life subsequently draw parallels from the homeland’s worsening sociopolitical condition – from being peaceful monarch to precarious communist state to brutal Taliban state. While recalling the era he was born, Arian remarks, “When Afghans could keep his head high without bullets ripping it off”. When absolute monarchy (King Mohammed Zahir Shah) is remembered with a tinge of nostalgia and commended for its liberalism then we can evaluate the brutal reality of post-millennial Afghanistan. Arian is the son of a passionate kite-maker (kite flying is considered as Afghanistan’s national outdoor sport) and the father’s passion affects Arian at a very young age. King Shah makes education compulsory for all children, but Arian’s obsession with kites takes flight that he never concentrates in the class. By the time Arian fails in his high school diploma, a military coup (in 1973) removes the monarch. Arian’s illiterate yet loving father goes missing (and presumed dead) after the coup. 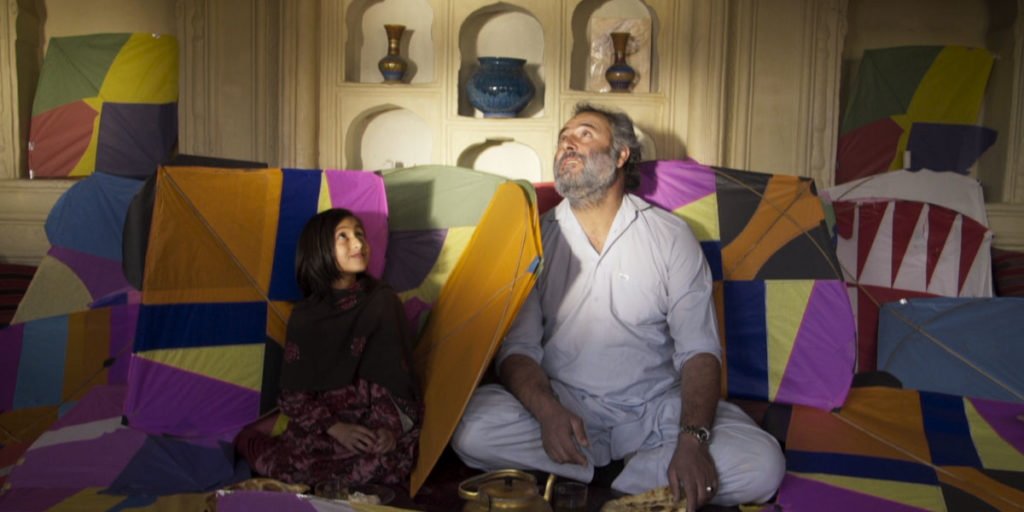 The coup is followed by full-fledged Soviet Invasion (in 1979) while Arian survives the personal tragedy and loss by immersing himself in the routine of kite flying. He gives up kite-making business but his kites become a very useful tool in sending up messages for Mujhaideen guerilla fighters: for example, black kite denoting that they are under attack, red kite calls for action and bloodletting, and so on. After the retreat of Russians in 1989, Arian gets married and his caring wife gives birth to daughter Seema (Zahra Nasim). The soothing phase of life doesn’t last long as the arrival of Taliban leads to the demise of Arian’s wife. The loving father and curious little daughter exist in a constrained social climate where dancing, singing and even kite-flying is banned. Arian and Seema are cooped up in their room with the father telling tall tales about kites. Before long, Seema and Arian summon up their courage to fly kite on ‘new moon’ days. The act of flying a kite imparts momentous joy and freedom to father & daughter and also poses the threat of turning them into outlaws.

The central problem with Black Kite is dull characterization and stilted acting. Although the well-edited video footage provides historical or political context, the narrative conflicts itself isn’t interleaved with detailed social commentary. While novelists like Khaled Hosseini revealed us a land that’s balanced between archaic tribal laws and making tentative steps toward modernity, Qayumi’s presentation of Afghanistan is either bland or one-dimensional. As the social and political atmosphere is painted with blunt brush of good and bad, the characters too seem to be deficient of complexity. The turbulent, multi-dimensional conflicts are passed under a sanitized lens and the protagonist is robbed off psychological depth. Nevertheless, director Qayumi somewhat makes up for the narrative flaws through certain intriguing vignettes. The sudden break into animated dreams seems erratic at first, but it gradually lends firm voice to the protagonist’s desire for freedom. The episodes involving Arian and daughter Seema are emotionally cohesive than what followed earlier. It made me think that Black Kite would have been very rich emotional drama if the narrative only delineated the father-daughter relationship dynamics. Only in these exchanges between Arian and Seema, the kites stands-in for tangible emotional bond rather than being a distantly allegorical object that ought to denote freedom and resistance. Haji Gul, the well-known Afghan actor who plays Arian, is the rare exception in the cast to convey emotions with an authenticity. The other actors, despite impeccable close-ups, fail to generate poignancy. Black Kite (82 minutes) is definitely worth watching, but it could have been truly memorable if its good intentions were shaped to produce a deeply touching drama.

“Black Kite” (82 minutes) is definitely worth watching, but it could have been truly memorable if its good intentions were shaped to produce a deeply touching drama.

Black Kite was screened at the 2017 Toronto International Film Festival.