The 9th Bengaluru International Film Festival featured 230 great films over the span of a week. I happen to catch a meagre 17 of them. Here is list of top 10 amongst them which would recommend to fellow film lovers: 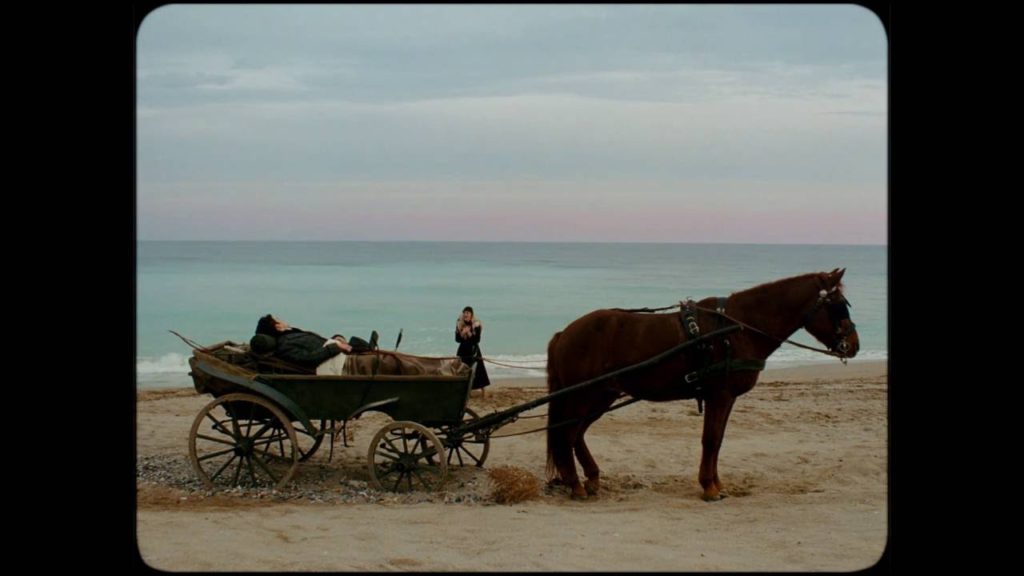 Directed by Radu Jude, this film is based on Max Blecher’s novel of the same name where it depicts the despair, the ideology, the pain and occasional elation of the writer who suffered from Pott’s disease (Spinal tuberculosis), during his days at the sanatorium. Masterfully captured with almost zero camera movement. Instead Radu Jude and his cinematographer let the characters move in the still frame, reflecting the immobility of the protagonist; and the film progresses with one gorgeous frame after another, each one demands to be in the portfolio of any great photographer. Without doubt, my top pick of the festival.

In the Last Days of the City | Egypt 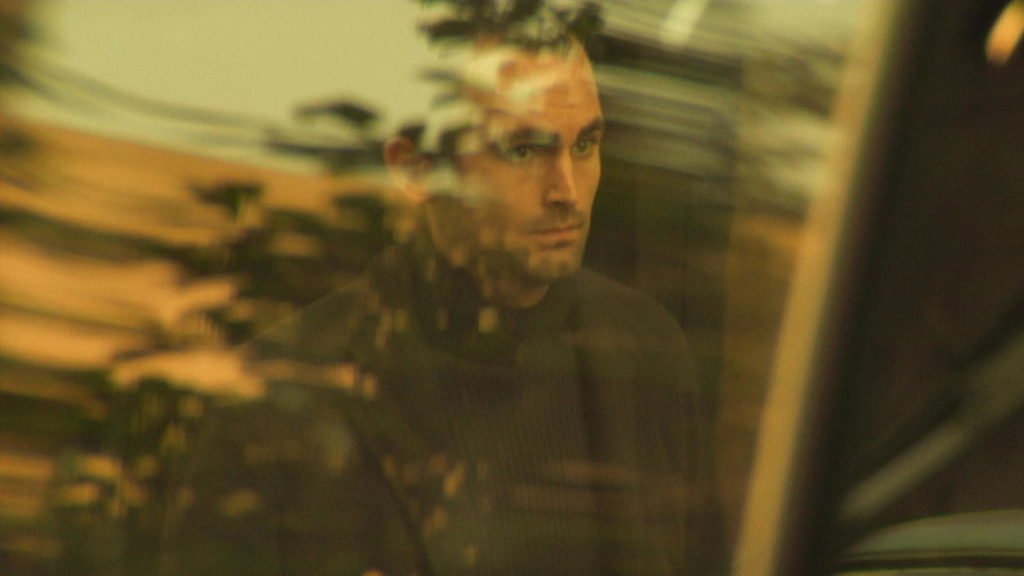 This is Egyptian director Tamer El Said’s first feature length film, and with the risk of being meta, this is a daring as well as an ingenious piece of work. Told through the eyes of a filmmaker, the film explores lost love, nostalgia, a dying part of city, and the current state of world, especially in the middle east. The protagonist in the film wants to capture the soul of the city and it is through his attempts this film actually ables to capture that. Through the discussions, walks, revolutions, this film is a love letter for a city, for films, for nostalgia and for love in general.

If you keep yourself involved about cinema in 2016, by now you must have heard about this one as one of the finest horror films of recent time. I am not much of horror movie enthusiast, but I can safely say the claims about The Wailing are not false. Starting in a comedic tone, the film takes its time to introduce the horror but when it starts to do that, it raises the bar of fear. With the perfect mix of gore and atmospheric horror, this film is full of symbolism and it becomes more enjoyable in hindsight. 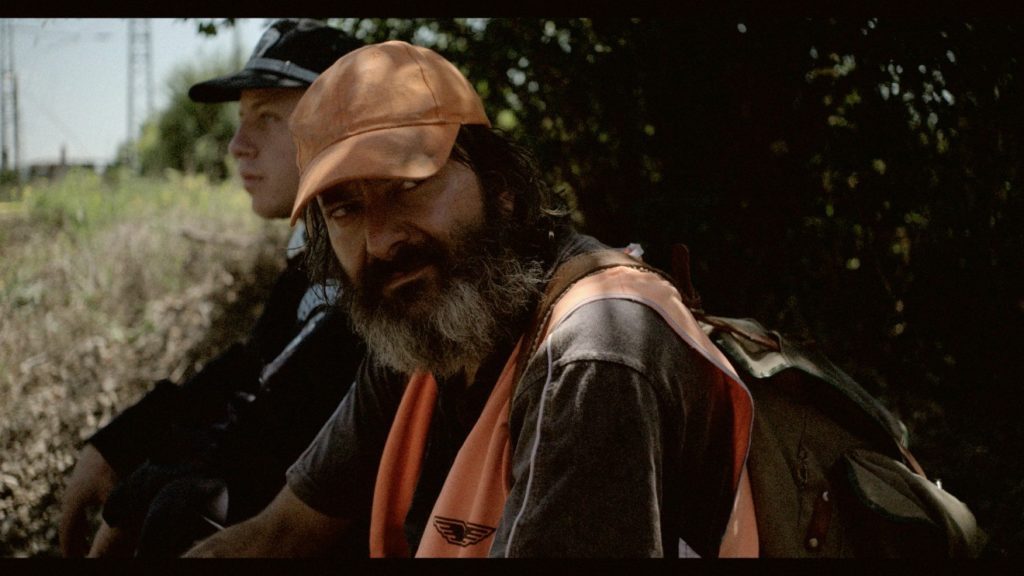 Kristina Grozeva and Petar Valchanov’s second film in their ‘newspaper-clippings trilogy’ is last year’s one of the finest comedic takes on society; along with Yorgos Lanthimos’ The Lobster minus the shade of love of The Lobster. The film centers around an honest and simple railway worker who stumbles upon huge sum of money in cash, on the tracks while working. This leads to a series of event that goes on to provide an insight on class difference and social stigma. A subtle, comedic and fine critique on government, media and society itself, seen through eyes of a common and honest man. A superb film.

After The Storm | Japan 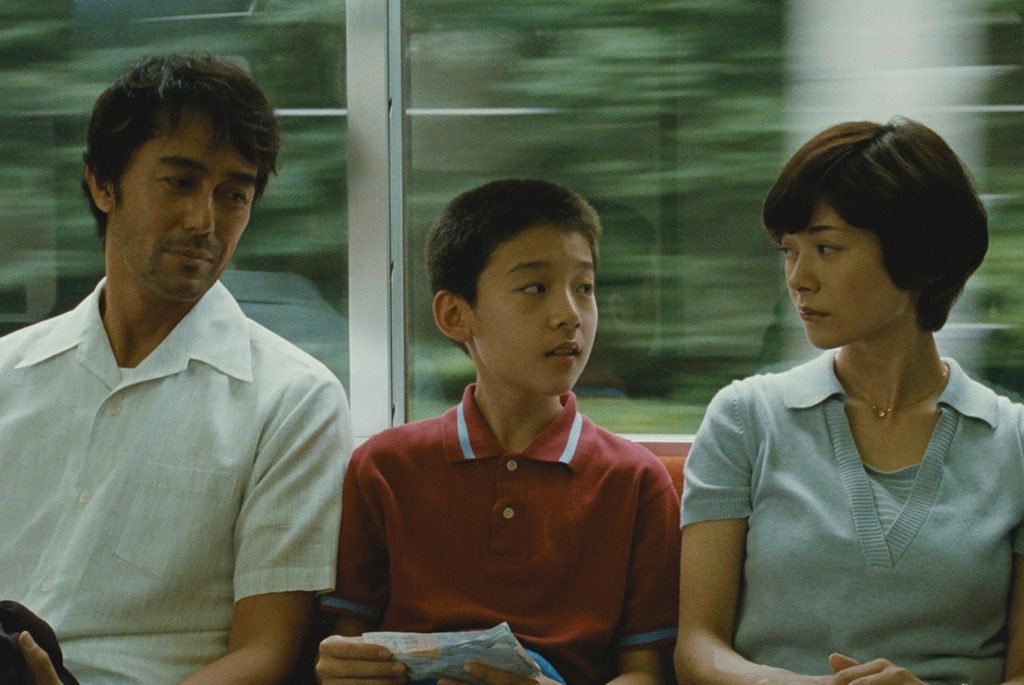 Hirokazu Koreeda’s latest and it is equally brilliant as his other works, the last of us which was ‘Our Little Sister’. Koreeda is a connoisseur of mundane and through his films he’ll make you admire the mundane too. Like he did in his previous films, he created a world out of little things. It’s a story of a has been author, a father trying to connect with his son, a run-of-the-mill detective, a son who’s trying to fulfill his mother’s wishes after his father died; and all these are description of one person. The theme of the film is ‘You cannot always have the life you want or be who you want to be’, and this is reflected throughout the film where, at the end, you’d feel quite happy about it. 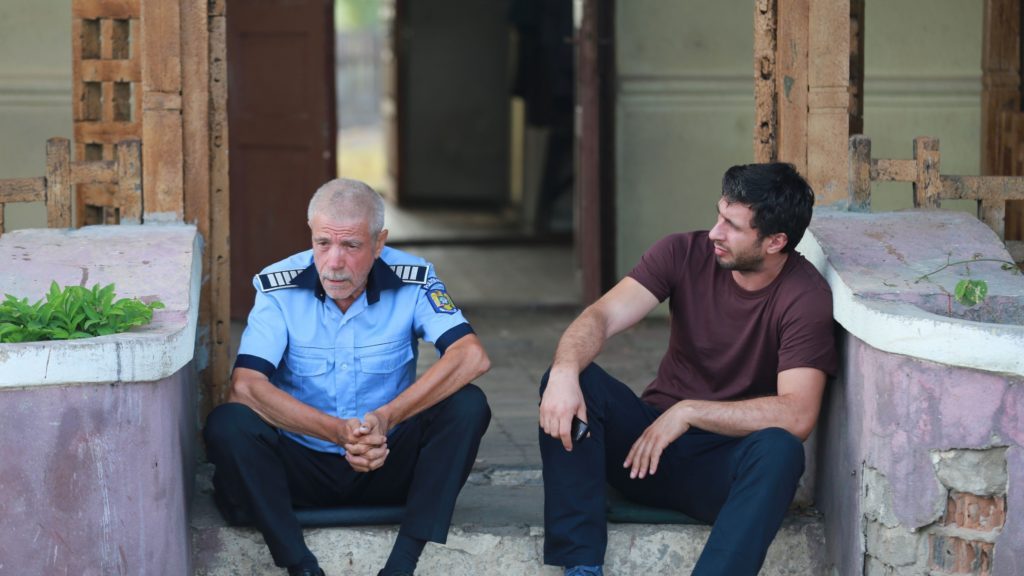 Bogdan Mirica’s debut thriller is a blend of flavors of Ceylan and Tarantino. The film is shot beautifully with slow long takes and featuring characters that would remind one of a Tarantino film.  The film begins with a guy who inherits a vast amount of land in the countryside, due to the barren nature of the land he comes down to the place to sell it, only to be mixed up in a murky crime plot surrounding the land. The film is more character and atmosphere driven than story driven. Each shot is lengthened and lingers, till uneasiness creeps in, which is intended. A definite recommendation. 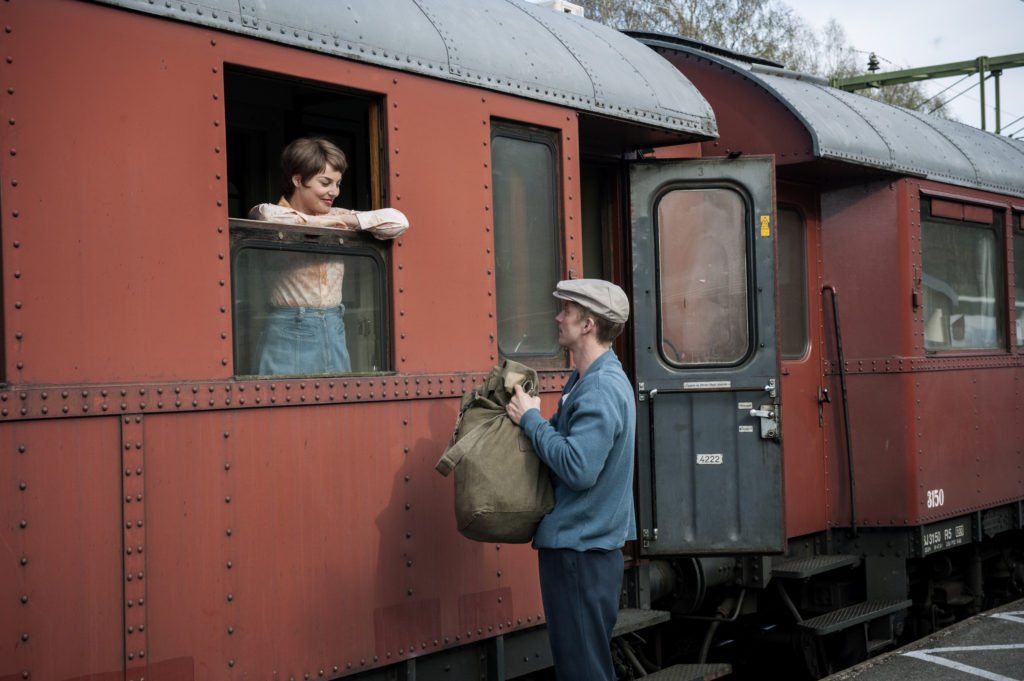 A Man Called Ove, directed by Hannes Holm is a heart-felt, sweet comedy. Ove is a recently widowed old man; he is finicky about rules, especially the ones he made up for the neighborhood; and he’s suicidal. It is about that time he begins to befriend with his new neighbour, a pregnant woman and her children. The premise would remind you of another fine film I, Daniel Blake, sans the social struggle. A Man Called Ove is simple and yet quite direct in his humor and drama, with a touch of melancholic overtone. Something we see in Alexandar Payne’s movies. 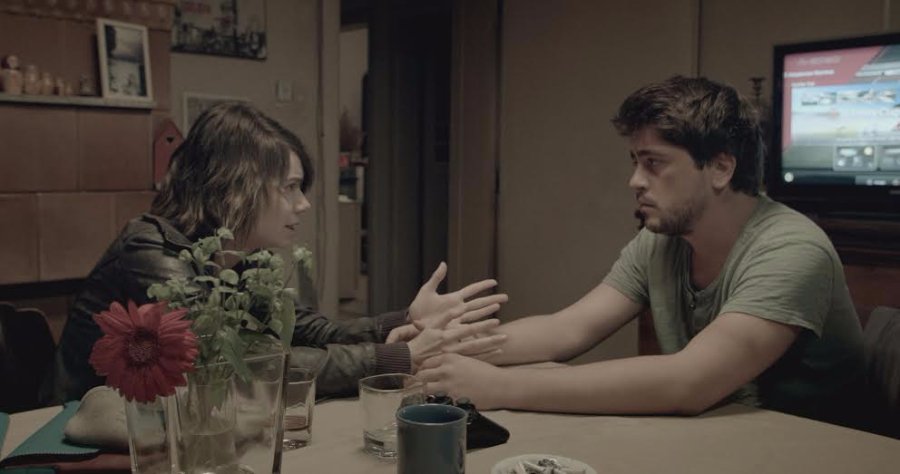 This film, directed by Adrian Sitaru, is basically a ‘talkie’, a film that progresses through primarily having its characters speaking to each other, and also in this film, bickering with each other. Roman Polanski’s Carnage is a fine film using this structure. Illegitimate is largely shot indoor, though not the same place, but locations are repeated with different conversations. This technique works superbly, as Sitaru’s film’s strength is its characters, played brilliantly by the actors, and the conversations they have that throw the light on the ideology or secret they were hiding. With a touch of dry humor, the film is a neat drama. 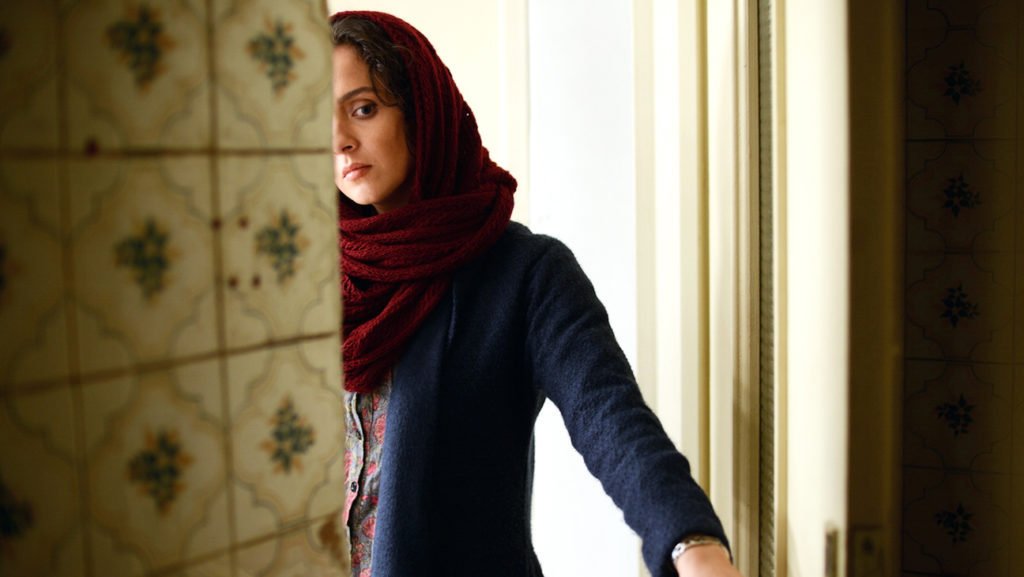 Asghar Farhadi is a master story teller. He knows how to play with emotion as well as the fatality of consequences. His vision is prevalent throughout his films like About Elly, A Separation, The Past. The Salesman, where Arthur Miller’s Death of a Salesman plays a pivotal role, is a similar addition to the already glittering filmography of this auteur. Personally, I thought it wasn’t as taut as his other works mentioned above, but nevertheless it is a fine film. 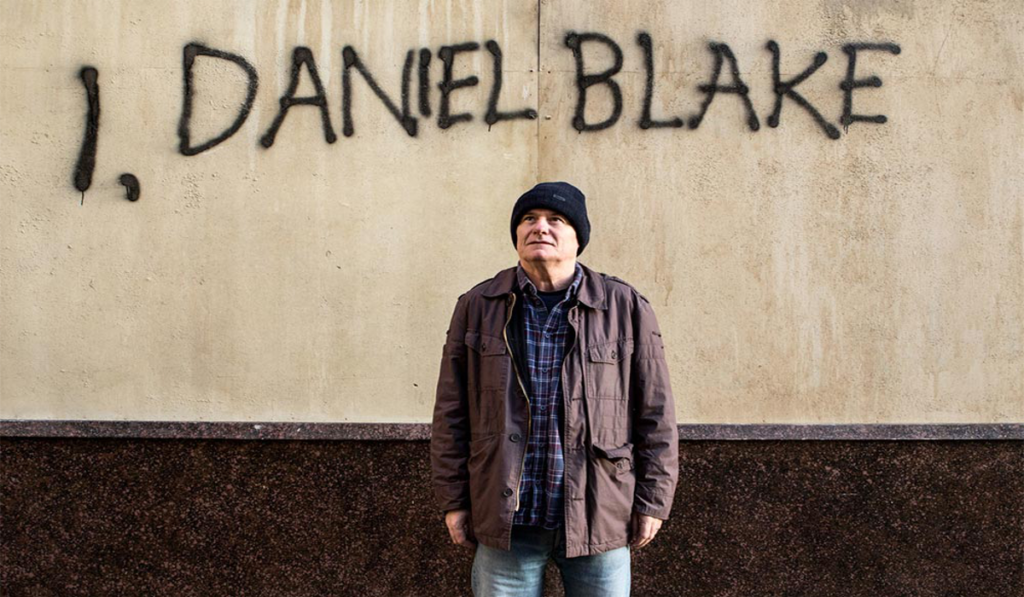 Ken Loach’s Palme d’Or winner. If you’re wondering why I put it in the last position (which doesn’t mean that it is bad), then I must admit I was a wee bit underwhelmed by this one. I think the  two primary elements of the film; the humane one, the beautiful friendship between the film’s elderly protagonist and a mother of two is almost equal to the one portrayed in the comedy A Man Called Ove, merit of depiction wise; the other element, the social struggle and the class discrimination that is shown in the film, was trumped by another one of this list, Glory, where it was put subtly and a little more beautifully. Nevertheless, without comparison, I, Daniel Blake is a good film and I would recommend.

Lion [2016] – A Melodrama with Considerable Stretches of Admirable Nuance