Home»Reviews»Blank Shores (2021) Review: A Serviceable Sci-Fi Short Which Should Have Been So Much More
Reviews

Blank Shores (2021) Review: A Serviceable Sci-Fi Short Which Should Have Been So Much More

I like thrillers that base their premises on sinking feelings. This is such a universal human trait. You are pretty much there and yet not enough invested. Your mind is in a rapid state of transient decay even as the body is pretty much alive. Alex Kyrou’s Blank Shores (2021), which premiers at the LA International Short Films Festival this month, vibes around with this uneven feeling. And this culminates into a film that is both smart and with a shortage of artistry.

Emily becomes ever more concerned in the wake of Connor’s strange disappearance, but with the police unable to help, all she is left with are troubled dreams and a house full of pictures. After a chance revelation leads her to an unmarked barn, she takes circumstances into her own hands. Here among a chaotic world of lo-fi technology, she finds Lenny, an idiosyncratic inventor, working to resolve the puzzles of the unconscious mind. With Lenny’s help, Emily boards on a mission to reconnect with the love she’s lost; but formulating a future together, becomes a struggle for their very survival.

The core of the film is so tender and honest. Its sci-fi algorithm is also worthy enough. If it doesn’t feel decidedly original, it’s because Kyrou has employed his love for films of Fincher, Denis Villeneuve and Paul Thomas Anderson with vigorous neglect of his cinephilia. And yet, it constantly feels like an indie rendition of Nolan’s Inception. This is an unfavourable territory but the offhand minimalism in storytelling and production design work. The world-building is an ode to the various modern masterworks and quite visibly, Kyrou has an extraordinary fondness for them.

Kyrou wants Blank Shores to speak for everyone. I get that. Your stories are doubly interesting and their values all the more precious when they are devoid of a cultural context and the language is universal. So, at its core, the film is about lost love. This is a story sprouting from tragedies, and the painful nucleus becomes all the more appealing and nuanced that way. The cinematography by Benjamin Michael Wearing is seamless in the way it incorporates the harshness of surroundings and blends it with the sourness of lives. In Blank Shores, the cold is electrifying.

The acting is organic enough to make you care. Georgina Campbell is provocative as the leading character Emily. She is bleached of melodrama and teeming with anguish. Her tragedy has a sense of reality with it, which is missing from most female characters in science-fiction cinema. Every department has a team of talented people who have put effort to extract something exquisite out of the thin, sad material. Emily Davidson makes a sharp debut as a costume designer. She understands Emily the protagonist, her wardrobe flourishing with chic, retro outfits with earthy tones. 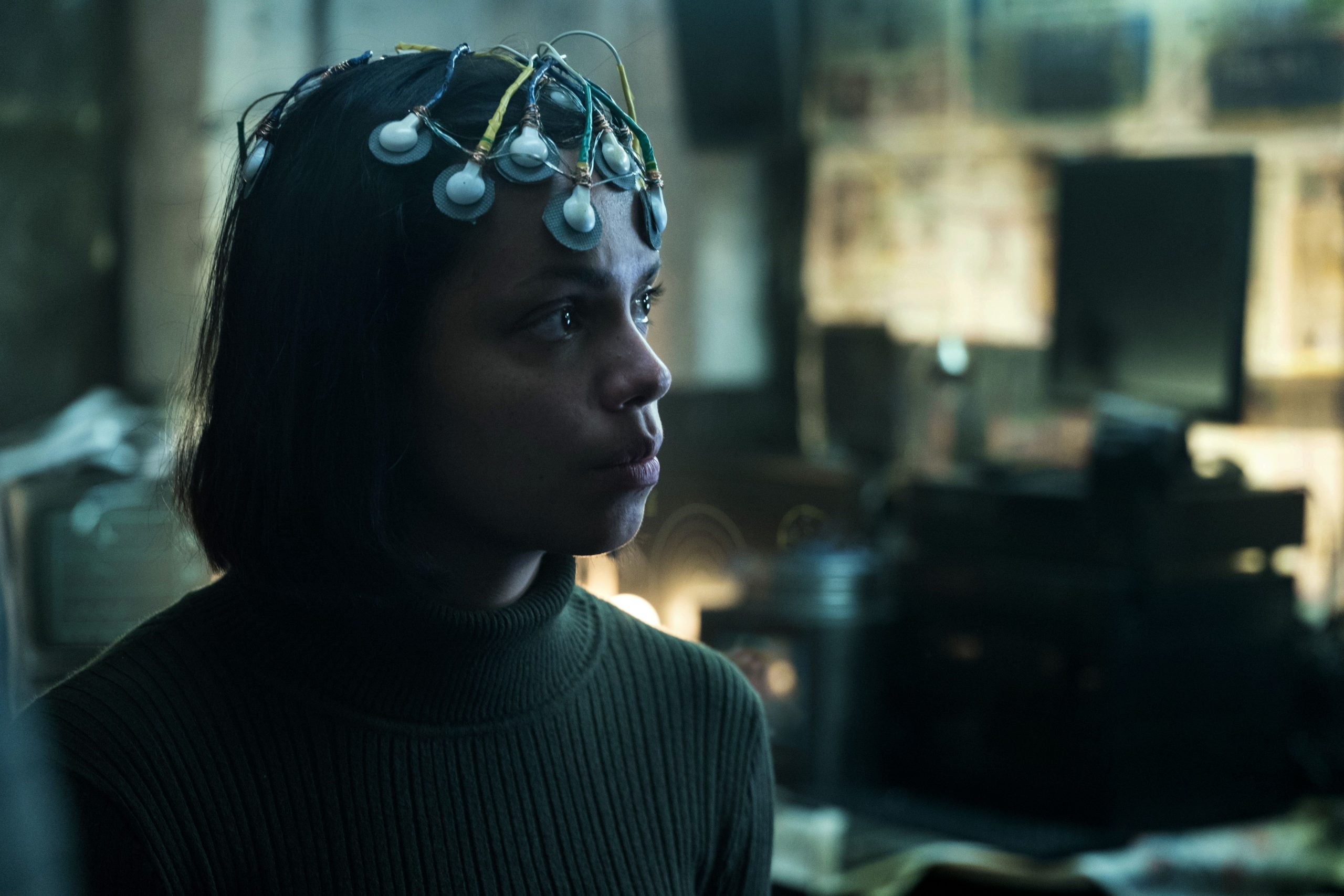 There is no lack of soul here and yet, Blank Shores feels fragile and rather shallow in parts. I’m not suggesting that the sublimeness felt tiring. It just felt stretched for nothing. I love when characters express themselves through simple, seasoned conversations. But this is a story that should have worked a little more with high-pitched pulp entertainment, broad characters and some melodramatic touch.

The stakes are raised on paper but the pensive atmosphere just dilutes any iota of suspense the screenplay might have intended to deliver. The inoffensive nature of running time almost exists to ensure that it is very forgettable. There is so much potential exploited. And yet, I consistently felt that Blank Shores should have been so much more. However, it’s a serviceable science-fiction short-form story that resists pushing any buttons and will enjoy a solid Filmfest tally.

Blank Shores (2021) Review: A Serviceable Sci-Fi Short Which Should Have Been So Much More