Dabangg on Netflix: Understanding The World of Chulbul Pandey. Dabangg is the story of a village cop Chulbul ‘Robin Hood’ Pandey who deals with corruption and the system according to his own moral compass. We get a peek into Chulbul’s romantic adventures and his strained relationship with his family which the local politician Chedi Singh (Sonu Sood) uses to his advantage.

When Dabangg first had its theatrical release in 2010 I couldn’t understand the hype behind it. It was just crazy.. everyone seemed gaga over it. But why? It had ear-splitting sound effects and most annoyingly music accompanied and overpowered many of the one-liners uttered by the film cast.

It was just sound, exaggerated fights, a film which had Salman pander to his audience where he could rip the shirt off his body through the rage flowing within him. Of course, a Salman Khan film at that time sans a scene of Bhai sans his shirt was a major deal-breaker. Like all Hindi films, it had catchy songs and the elements of distrust, loss, frayed relationships, betrayal and eventual realization all packed into a compact run time just exceeding 2 hours.

Opinions on this film vary between audiences. Some call it the start of the Salman mania which permitted his bubble to swell up and increase to an overinflated size before getting burst following the release of Tubelight. Others call it a mindless masala entertainer which quite frankly it is. (emphasis on the masala part, i.e. a paisa vasool film)

There is a reason it was considered for and eventually won the national film award for the best popular film providing wholesome entertainment. We love these films, don’t we? And despite the clamor for content, it would be a white lie if we don’t thirst for a film with action and melodrama. A type of masala film which requires us to rest our grey cells until it’s end credits roll on our screens. It’s only purpose is to entertain and no one would tire of watching it.

When I first watched this film, it took me a while to understood the hype behind it. It was an entertainer packed with catchphrases that may seem out of touch in the present day but would have no difficulty in being identified and used even today. This film is what hyped up the term ‘item numbers’ in Bollywood.

All of this didn’t feel shoehorned at any point in time. The script (yes, things like these were present in this film) and the personality of the characters helped everything fit in seamlessly. It’s like without the one-liners the characters would’ve been missing something but with them, in excess, you can’t complain about it. 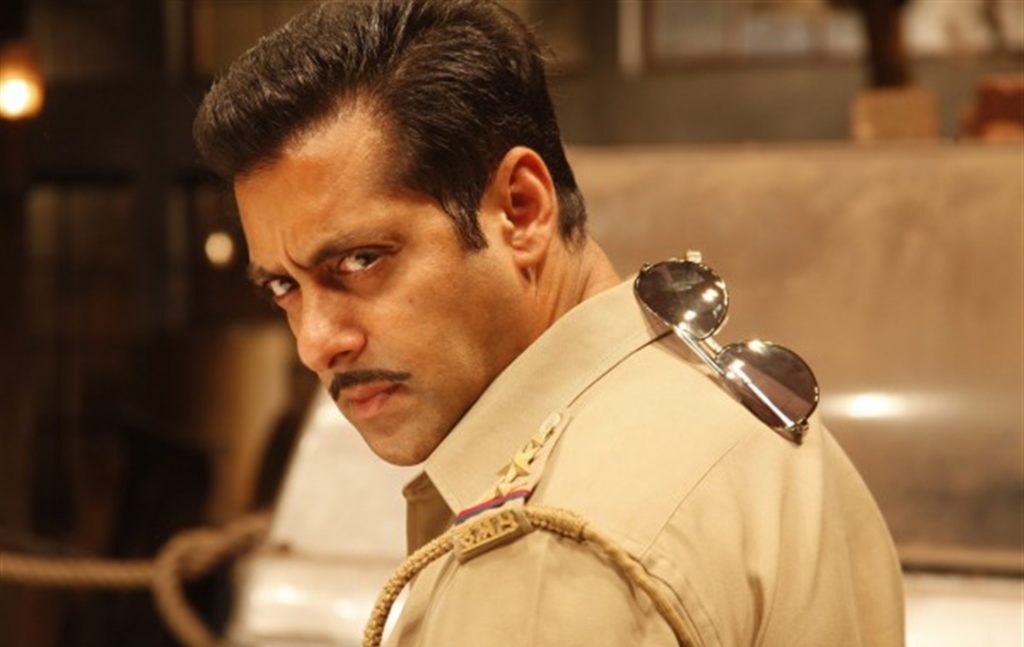 This film’s one-liners made it cool. Remember them? Maybe? Just a few? It’s alright if you don’t, we have been inundated with so much content over the last few years. When this film released streaming services were unheard of. Torrents or VCD and DVD (anyone remember them?) used to be the primary non-cinematic modes of consuming films without advertisements.

Those liners that became a natural part of our day to day conversation at that time. But upon reading this……

You would remember Salman Khan with a pencil-thin mustache.

Many other one-liners of his too would come to your mind and you may be tempted to use them as part of your daily conversation. Slip in a dialogue of some sort just to see if your friends can spot it. You may even remember the goggles hung on the back of his shirt and perhaps his cheeky reply to the politician played by Anupam Kher when asked why he does so.

Are you thinking of mirroring that style? Quite a good way to do so, considering that the monsoons are on their way out and goggles will be back out off their cases where they lay for the last 3rd of the year.

Dabangg which translates to Fearless. It is an apt representation of the film’s protagonist played by Salman Khan. “Dimaag se Dabangg” (fearless in the mind) is what his constable describes him as when the band refuses to perform at this Chulbul’s wedding. This cartoony cop makes one want to hate him at one second, but moments later we get the reason for his actions which endears us to him even further.

His antics such as breaking into dance whilst fighting with goons when one of their cell phone rings is highly amusing. Chulbul Pandey came across as a real-life Chuck Norris or Zlatan Ibrahimovic with respect to his manner. This is one of the first characters that would come to our mind when we are asked to name cops in Bollywood. 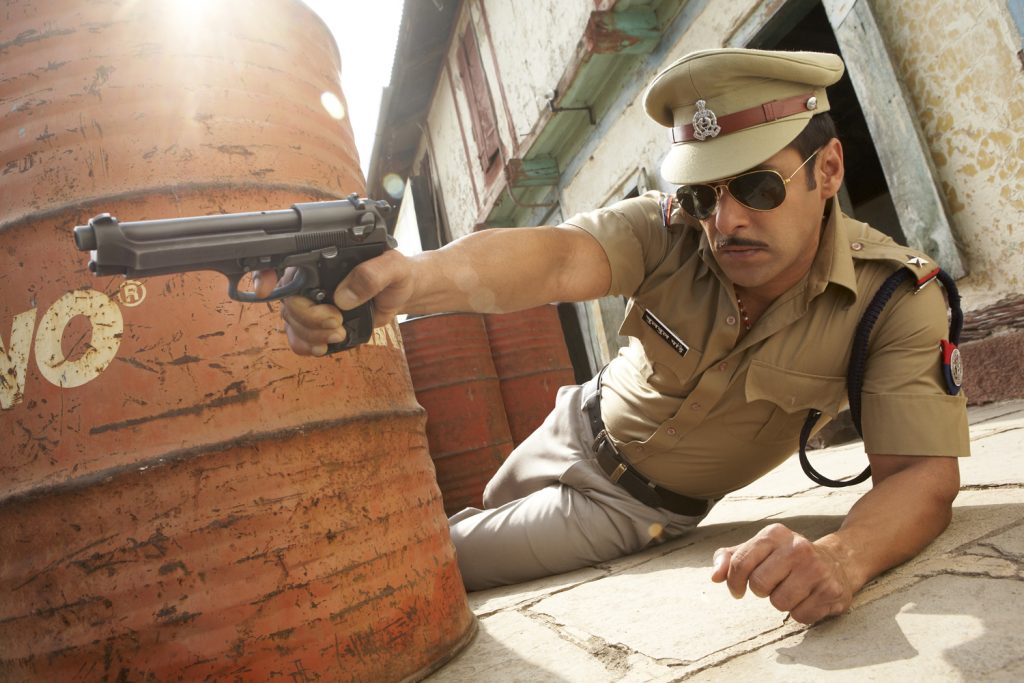 The film has a cast of quite respected actors such as Vinod Khanna, Mahesh Manjrekar, Om Puri and Dimple Kapadia (the name will ring a bell for she has been cast in Christopher Nolan’s Tenet) Whilst looking at these aforementioned names one wonders when the Khans (Salman in this case) will begin playing age-appropriate characters? Dabangg was also the launchpad of Sonakshi Sinha (nepotism wasn’t such a huge term at that time) who has gone on to star in many blockbusters of the past decade.

It is a typical masala film that is craved by the masses which is what endeared it to the audiences who loved their loud music and exaggerated filmy fight scenes. This film has spawned a sequel (released in 2012) and a 3rd part which is scheduled for a December release. In addition to this it has been remade in Tamil as Osthe and in Telugu as Gabbar Singh.

Dabangg cemented Salman Khan as the box office king of the early 2010s as he delivered consecutive hits (after Wanted 2009) to buck his unwanted series of flops. And now, even 9 years later audiences won’t be averse to watching it when it appears on TV or graces a streaming platform (Netflix on 1st October)

Perhaps even if you didn’t like it in 2010, while watching it now you may like it as you know that there is precious little work by this actor that is watchable.

If this is a review, purely for the nostalgia, I give this 3 stars.