In Achal Mishra’s new film, premiering at the MAMI Mumbai Film Festival, we witness that classic tussle underlying processes of moving to a different, upscale place for the benefit of opportunities, and what that does to or how it problematizes the act of holding on to our essence. Slowly, other facets come into clear view: wandering questions of privilege and the lack of, being railroaded (an unavoidable pun, given how much of the film pivots the railways as a richly subtle dramatic source) into making merciless, hard choices that reflect on which priorities we can afford to shunt and which forever undergird us, choking any scope for realizing dreams. Dhuin feels almost diligently simple in its unassuming, muted glow that has become synonymous with Mishra’s filmmaking. By muted glow, I mean the kind of reassuringly laidback filmmaking that cruises by unaffectedly, echoing life in its most mundane and thereby revealing, building onto unmistakably deeply engaged insights. Dhuin glows with the same genuine, calmly transparent gestures of his previous, Gamak Ghar. Abhinav Jha exudes a lovely guilelessness.

Mishra opens visually with a street play, being set up in front of watchers by at the Darbhanga railway station, although our first point of initiation happens aurally, with train announcements, critically placed as the soundtrack of the movements on the rail tracks, the station noise, punctuates the everyday lives of the protagonist, Pankaj’s and his family. It’s a troupe of actors, taking the cause of the municipal corporation, talking of injecting entertainment with social import and the capacity for change. The stirrings of discontent are obvious in the very first encounter we have with Pankaj; we can immediately sense his straining to aim for the more illustrious, which can appropriately help demonstrate his talent, not this corporation play on garbage disposal which he performs throughout the week for some quick money.

When he has a conversation with a friend about moving to Mumbai, Mishra draws keen attention to his precise position in matters of the family that run counterpoint to his heart’s bidding. As his friend remarks how he keeps stretching and stalling the move, by furnishing the example of his father battling a tremendous financial ache, we are made intimately familiar, in the actor Abhinav Jha’s deep-set expressions, eloquent of a weary, repressed spirit eager to burst through but chained by the necessary expectations, Pankaj’s looming circumstance that is languishingly fenced in. He can essay only some measure of his desires; the boundary breathes down heavily, constantly, manifested in the film not just through his anguished family, also the representational figures he is surrounded by, which seek to further amplify and sharpen his profound sense of discord with his dreams.

Related to Dhuin – Interview with Achal Mishra: “I was not just documenting our house, but also a culture which is slowly eroding.”

While his father pushes him to look out for vacancies in rail jobs, he spends his time watching YouTube tutorials on how to cry effectively and truthfully. As he practices in his room whose walls are adorned with stickers of Hollywood icons, Jack Nicholson peeping out prominently, the video sound is fully muffled by the intermittent clatter of the trains rushing by close; symbolic of the larger reality that suffocates his identity. When he argues with his father, the crescendo of it is interrupted by those very jostling sounds, as he stomps out of home, seeking air and some semblance of refuge from the escalating burden of hoisting up family finances, while managing enough funds for his father’s medicines. 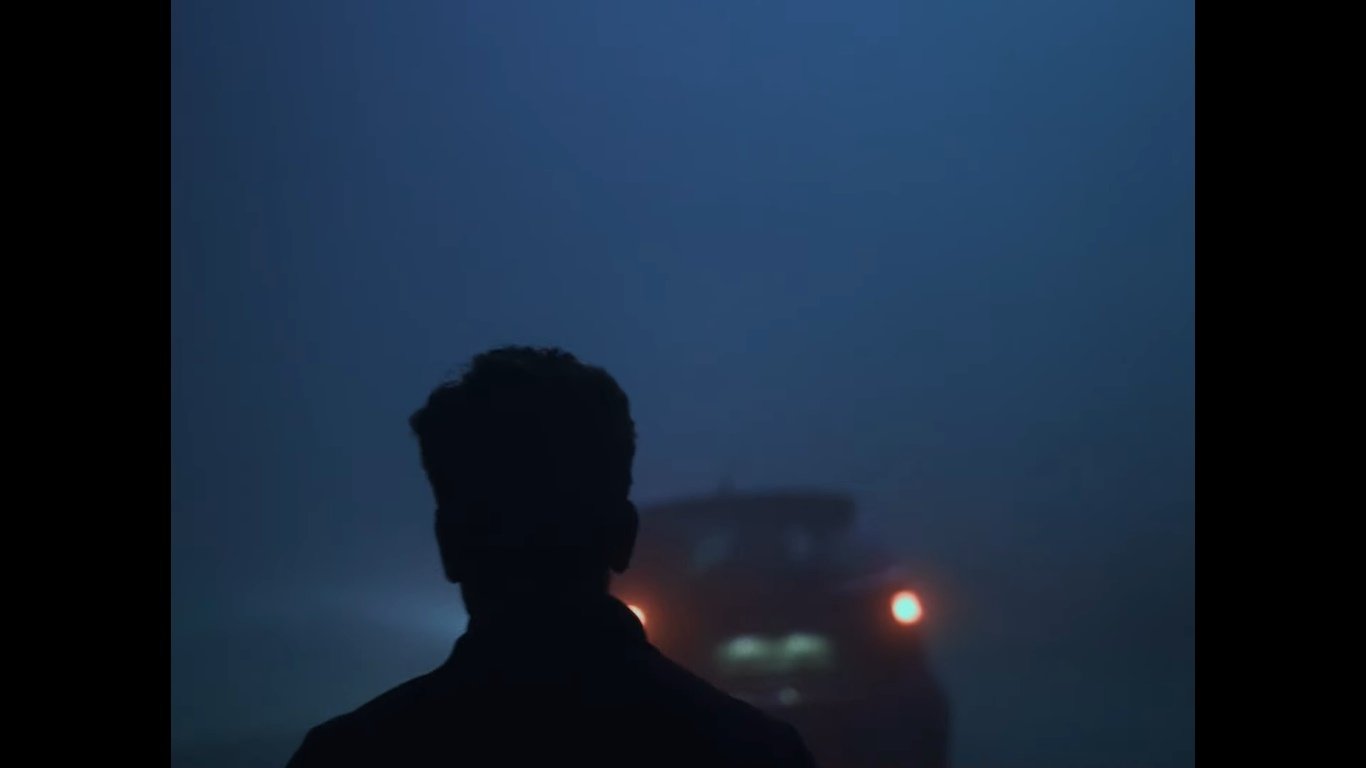 He is all too uncomfortably aware of the limits of sustaining on borrowed generosities; his friend’s bike which he uses frequently. At one point, he even climbs a bent tree to savor the proximity of the planes taking off from, vicariously envisaging his own desperate need of running away from the associations that bind him. The visible proximity anchors his fluctuating hopes. Pankaj Tripathi registers an invisible presence in a lot of the characters’ interactions on the manner and nature of humility.

However, it is in the circles of new people coming in from Mumbai, who Pankaj meets, that disrupts settled comfort of belief in his own abilities, turning it fully upside down. He is trundled around as a stepney for the group he works with. The scene where he sits with a bunch of filmmakers training in Mumbai, who have come to Darbhanga for a docudrama on its heritage, is the most telling one, as Mishra almost aggressively unpacks the fiercest and most crushing reach of pseudo cultural elitism. As they rattle off on a verbose tangent, although generically ( note the usual refrain on visual poetry), about workshops with Kiorastami, name dropping his films, his working techniques, unmistakably evoking easy parallels with Mishra’s own filmmaking ethos, we see the gradual disconnect intensify increasingly, a magnifying mark of utter unfamiliarity shadowing the initial zest of Jha’s face.

When they pose a question to him just for its sake, not really caring or bothering to be patient to listen to his thoughts, he, who had fully zoned out from the discussions, hurries to gather his thoughts but receives the cruelest, snide suggestion that he should just be content watching planes from trees now. All the glib banter of being connected to one’s roots, manifesting further in the docudrama, is swiftly unraveled as being the most removed from the land and its people where one stems from. Peak condescension is rampant in everyone’s demeanor to him, the unequal dynamics almost stinging to watch, hitting too close to the bone.

I was caught off guard by how Dhuin just sneaked up with its emotional wallop on me. It is tricky tracking the course of the execution of that somewhat unsettling impact, fulminating in anger, hurt and resentment which we just witness forming rather than exploding, Pankaj’s silhouette trotting off into a pitch dark fog encrusted night, can also be construed as a final clearing and blocking out of the superfluous in his head, as he decides what to commit to, seeing things through the tangle of double-crossing interests. It also seems to offer a fixed clarity about what he should allocate his urgent concern as, while never side-stepping that it is more of a self pacifying fortification he banks on it as, than the sincere and pure diversion of ultimate interest patterns.

Working with Tajdar Junaid’s gently melancholic score, mostly guitar riffs and piano, Mishra explores in very delicately judged, featherlight beats the proverbial tale of dreams versus the more sobering circumstantial constraints, elevating it with splicing in deceptively lucid evocations of pathos that firmly abstains from any self-pity and an unhurried, deftly nuanced look at what it means to retain one’s moorings in a hometown, the losses incurred in journeys and transformations