Inception (2010) Movie Ending Explained & Themes Analyzed: Christopher Nolan’s ‘Inception’ is one of the most widely watched films of all time. There is no denying its popularity that augments with each generation. It is a timeless classic not only in science fiction but in the art of blending human emotions with cinematic storytelling. The world of dreams it creates come from a place of longing, desire, and the capacity of human beings to feel. Like most Nolan characters, ‘Inception’ features a breed of characters rarely brought to life on screen. This explainer article, which has been a long time coming, delves deeper into the meaning of motifs, some significant plot points, and the overarching themes that bind its world together.

The task to deconstruct ‘Inception’ is a hard one. Quite possibly impossible. But the irresistible draw towards venturing into Nolan’s surrealist masterpiece compels us to give life to this small explainer. Let us know your thoughts about the film and how you liked the article down below. Happy reading.

This does not need much explaining after almost twelve years the film has been released. But here we go, again. An experimental technology allows willing extractors to facilitate corporate espionage. The practice is a highly delicate one involving expertise and a personal sacrifice from Cobb and his team. Each time they go into another’s consciousness, a price is paid. A deal is struck between him and Saito to conduct the procedure on Robert Fisher to convince him to change his influential decision. As the plan takes form, complexities arise that test the unwavering moral principles of Cobb and co, while also shedding light on the institution of human stronghold on the past and memories.

How does the dream-technology work, exactly?

This is arguably the most fundamental question to understanding the plot of the film, not the film itself. So, here we go. The technology functions on the premise of false awakening. The idea that a person wakes from his sleep but is actually still fast asleep and can feel like he is in the real world fuels the core idea. It is hard to point out a singular structure on which it works, but this is the gist. Nolan’s possible intention was to explore the psyche of the subconscious through a dream-sharing space. 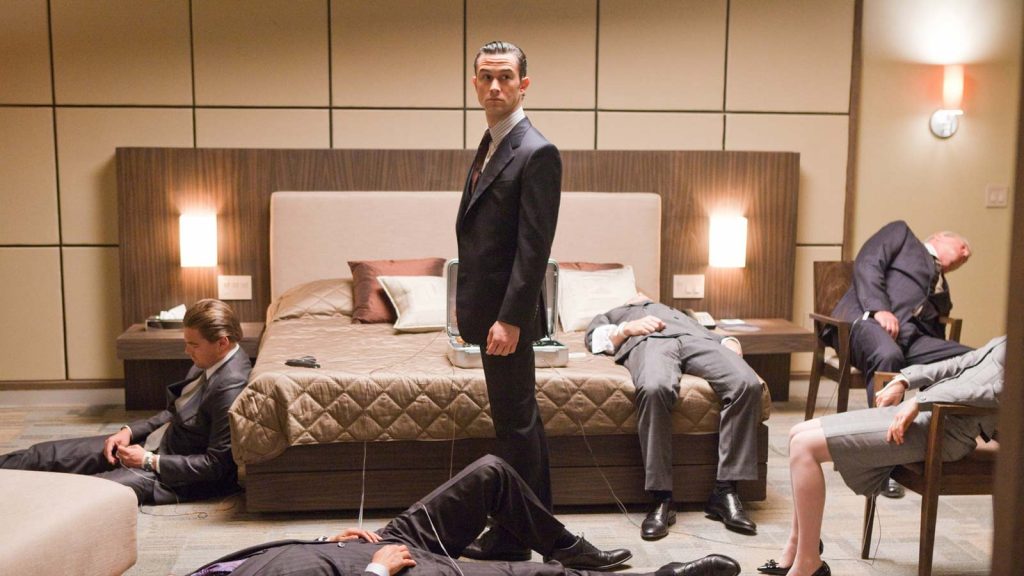 The contention that ‘Inception’ wanted to test out a new world order and claw down the directional trend that the corporate world is heading towards has some substance. Through this lyrical test, Nolan carves out a delicate part of human imagination that appeals to its own subset. The skill that the extractors, Cobb, and team, acquire is the very reason why one can never move too far away from the reality of his present. It is not a bid to reconnect with the past, but the denial to let go.

What role does Mal play in the entire setup, thematically and plot-wise?

Mal is an interesting and mostly repulsive character for audiences. For the story, she serves as the core conceit of Nolan’s idea for Cobb. She gives him an opportunity to start the experiment in the first place. Without the motivation, Cobb’s operations would not have commenced and spilled into becoming this chaotic mess. Mal and Cobb’s troubled relationship was not just about the bits that happened in the real world. The beauty of their connecting souls in the dreamworld is equally important to appreciate their bond. They discovered this power of dreams to share with each other their lives before it became an avenue to fuel the corporate drive to elongate the hierarchy’s dominance. 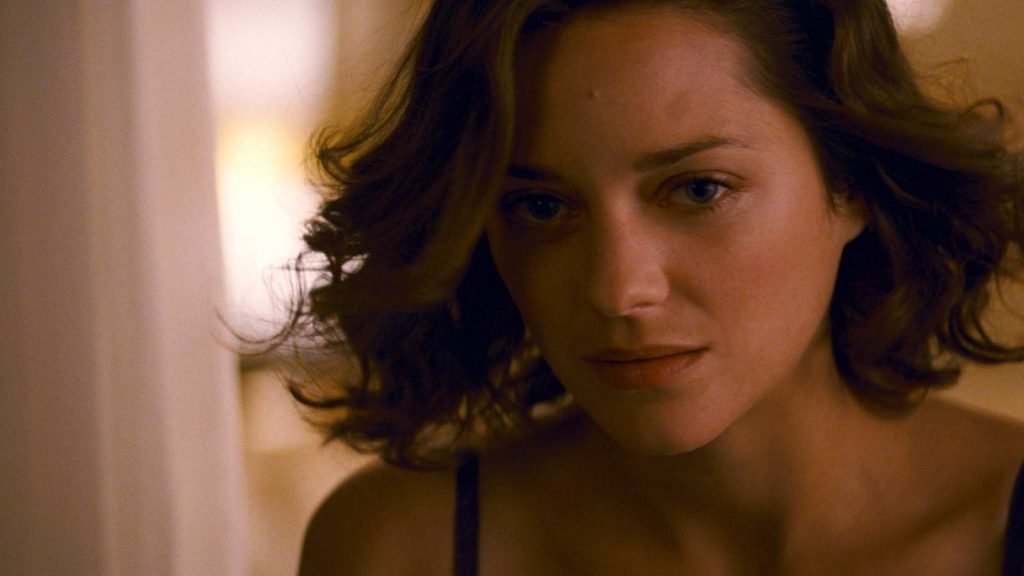 The plot’s perspective is easy enough to figure out. Her memories, kept alive in Cobb’s consciousness, push him to perfect the art so as to become faultless to a fault of never making a mistake. His involvement, in my opinion, was to create and sustain the truth of his own life; his family, and what could have been. Nolan has always been fascinated with the idea of time and space being altered to create new dimensions of life. ‘Inception’ allows him to realize his ambitions with his technical wizardry.

The Truth of Life

The singular overarching theme that brings all of Nolan’s storytelling elements together is this one central pillar. Many films before have explored the consequences of grief through the prisms of time and memories. The great studies, by the likes of Luis Bunuel and Federico Fellini, have always focused on the essence of the existence of life in man’s spirit. The connection they seek to establish and examine is not between the past and the present; it is the two contrasting versions of ourselves, how we see and remember ourselves in those years gone by. The questionable exactness of our dreams and memories about the past always lace narratives such as ‘Inception’s with ambiguity. It becomes more of a personal exercise than a technical marvel, something that Nolan does not allow to happen, thankfully.

Minds as brilliant as him do not function as beneficiaries of traditional knowledge about cinema. They find out a path where their bets are dangerously high on their belief to convince themselves before the audience. In establishing Cobb’s reality, Nolan first experimented with ‘Memento’. Although the implicit idea was more apparent, his exercise remained buried, only to become the highlight in ‘Inception’.

The Illusion of Reality

Nolan’s dream setup is more illusory about reality than its depiction. In hindsight, little of what we see in the film stretches out to be anything meaningful in the real world. Creativity and skill engulf the shared world of reflections and trepidations in a way that everything on the outside becomes irrelevant. The ambiguity I talked about presents the events of the film to deceive us. It mimics what the characters try to do with themselves and each other in the film. The idea is so far removed from cinema’s illustrious history that the fact it happens is a reason to celebrate.

Cobb and his architecture harken back to the times when the world moved at a glacial pace. Nolan carries the sensibilities of affixing responsibility to catch this break on himself quite well. The governing principles in ‘Inception’ remain the same. The small spurts of rebellion against them mark the entrance of human intervention in nature’s order. While the intrusive power feels rather weakened in the beginning, it gains momentum with time. The sanctity of dreams and feelings is mostly preserved under Nolan’s direction.

The ending of ‘Inception’ is deliciously ambiguous. Although there have been no following sequels, it gives sufficient closure. Now Cobb and his team used what they called a “totem” to distinguish between the real world and the dream given their similarities. Each person had one of their own. Cobb had a spinning top in the shape of a hat (like Gandalf’s). The way Cobb’s totem worked was that it would stop in the real world, as the laws of nature dictate. And keep spinning otherwise.

Cobb is pushed into confronting Mal’s projection in his head in the limbo space after she creates trouble with Fisher. Cobb also has the job to retrieve Saito from the space to get his consciousness. The mission is a success in the end with no casualties and Cobb is united with his kids. The camera cuts to black just as the spinning top begins to (or does it?) wobble. There is no use listening to Nolan’s explanation of the same in the 2015 speech for the graduating class of Princeton if you want a tangible explanation. But it is not completely insignificant either. If the totem would have fallen, we would have known for sure. Cobb’s privity of relationship with his trauma and Mal is such that knowing for sure about the state we see on screen is not possible.

His wedding ring, which we see him wearing in the end, is another marker of the world he is in. The fact that the totem just begins to wobble, if you look close enough, in the end, just adds to the speculation that Cobb is in the real world. Such a straightforward ending cannot close the complex narrative, though. And then the question beckons again: what really is, reality? Cobb’s seems to be a mix of his memories and the present. On some level, the ending is his coming of age. He is finally able to put behind those issues and unwind himself in the real world. The grip on reality for him now is stronger and forged by the power of love and compassion. Cobb is finally over his regret over Mal. That is what I feel it means. ‘Inception’s ending can be different for you, though, if you think hard enough.

Everything Coming to Amazon Prime Video in May 2022