Aimi Natsuto’s 77 minutes long love letter to French Cinema ‘Jeux De Plage’ which translates to beach games in English is the story of a day in the lives of a bunch of misfits who fall in a guest house on the invitation of a McGuffinesque character and the subsequent exploration of feminine sexuality through a comedic approach, segmented into various episodes namely Weekend, La règle du jeu (rules of the Game), Vivre sa vie (live your life), La femme douce (the sweet woman), Drôle de drame (Funny drama), La poison (the poison), Les biches (hinds), L’amour en fuite (fleeing love), À nos amour (to our love), La drolesse (the drolesse), and La ronde (round). 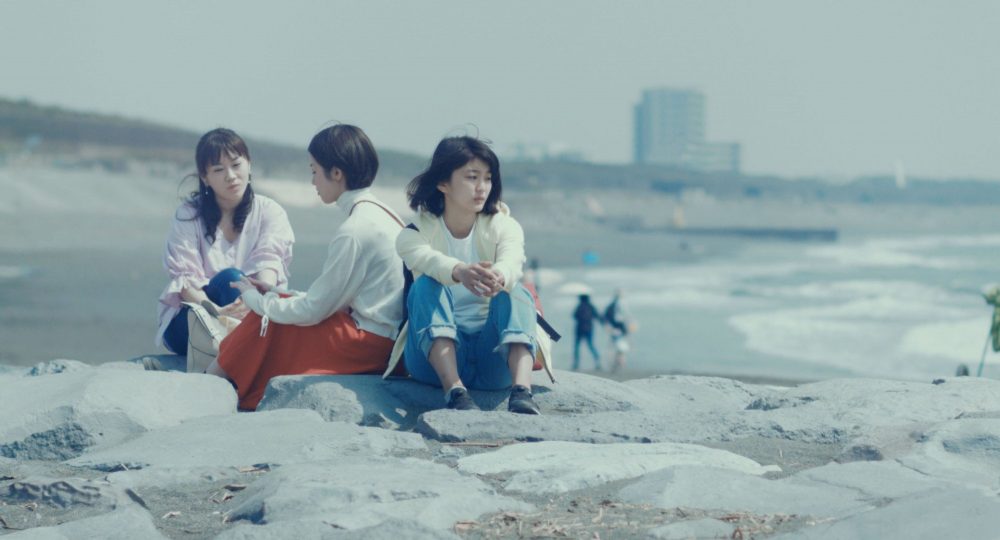 While Sayaka struggles to realize her sexual orientation and her inclination towards Yui, Yui and Momoko get close as friends leaving Sayaka more troubled than before. On the other hand, Min Jun is after Yona who is fully aware of the instruments and intentions of a man. Akihiro enjoys his antics slowly igniting the rage of his former bandmate. Amidst all this funny tension, the Thai guy continues to attract himself to the girls and write poems.

Jeux De Plage comprises of many interesting dialogues which give us an insight of a feminine outlook of sex, desire, world, and men. The girls are vulnerable with their set of reservations. The boys are, like most, careless. What’s interesting to look out for in this one-pot Chigenabe is how every set of characters is strange to each other, unconcerned for each other and yet, interested to know about each other. The film unfolds into different episodes captured mostly through a static lens. Surprisingly, it comprises of multiple cameo appearances from the Asian Film Scene in a screenplay that works as an ode to the French cinema.

Aimi comes out as an exciting filmmaker of today’s time for she carries a vision which extracts comedy by documenting humans as they’re, flawed and disturbed. Haruna Hori and Juri Fukushima are two of the most delightful elements of this film as they stay natural in their performances.

On its negative side, all the subplots do not mature in the same way as does the subplot of our girl trio, which ultimately comes out as the central one. This wouldn’t have been an issue if none of the other characters had contributed much to the narrative but unfortunately, they do make a significant portion of the content without getting the same focus. The potential gets specifically highlighted as the climax sets in. The climax is impromptu, popping up at a time and in a manner which is least expected by the audience. It’s chaotic, hilarious and brilliantly choreographed making it the finest episode of the film.

​Jeux De Plage can easily qualify to be a decent dramedy that is powered by its minimalist approach. It doesn’t seek big and achieves what it sought in the first hand. It wanted to talk through different perspectives, show the details of everyday problems from the point of view of a female and it does that with excellence.

All in all, ​Jeux De Plage is a light dish which leaves a pleasant taste in your mouth.