The first film from the Lost Bullet series focused on the element of a new life for its protagonist Lino. It dealt with his complicated relationship with his brother. Lost Bullet 2 (original title: Balle Perdue 2), now streaming on Netflix, deals with the aftermath of his brother’s death where Lino tries to avenge it and his mentor’s murder. Directed by Guillaume Pierret, the script of this action-packed sequel is written by him along with the lead actor – Alban Lenoir. While packing a solid dose of an adrenaline rush, it also highlights Lino’s turmoil while finding a way to seek revenge.

The film begins with Lino (Alban Lenoir) in a hospital, and his ex, Julia (Stéfi Celma) sitting next to him. She narrates what happened after he became unconscious. Areski (Nicolas Duvauchelle) who killed his mentor – Charas (Ramzy Bedia) leaves his wife and kid, and runs away after the debacle. Everyone from the force is looking for this bad cop. Marco (Sébastien Lalanne) (from the police force, who helped in Areski’s plan with the mafia) shot Lino’s brother – Quentin (Rob Paradot) dead. When he asks whether Marco is arrested, Julia lies to him saying that he escaped. In reality, they find him and keep him in safe custody.

After being relieved from the hospital, Lino keeps following Areski’s wife – Stella (Anne Serra). Getting tired of this, one day, she tells him to stop it. While driving away, the police stop him and Julia notices him living in a bad state, in his car. She tells him to stay away from Areski’s family, even if he is hoping for him to return home. Sometime later, when some people break into Stella’s house and try stealing stuff, Lino gets inside and fights them, and saves her from getting robbed. Afterwards, he goes to see Charas’ red car, in which he was shot dead. He decides to colour it blue.

The narrative shifts to one year later, when he drives the same car (now in blue) with Julia next to him. French and Spanish cops were following a car together. We reach an understanding that he is now part of the police force – a narcotic unit that he is leading with Julia. Amidst the police cars and motorcycles, he drives it at a lightning-fast speed and evades every one of them. At a certain point, the criminal’s car flips on its head and everyone comes right next to it.

Spanish police officers convey their right to the caught criminals since it happens on their soil. One of them – Alvaro (Diego Martin) was friends with Charas, and seeing Lino driving his car, has a friendly conversation with him. Both Alvaro and Lino are hoping to catch Areski and Marco and they challenge each other to do so. Meanwhile, a man named Youri (Quentin D’Hainaut), who stops at a suspicious location, is ordered to kill Lino within the following 48 hours. On the other side, Lino works on perfecting the blades attached to his car, which will peculiarly enhance his performance.

While working on it, he receives a call from a woman who introduces herself as his mother’s caretaker. When he expresses regret for not meeting her for a while, this woman shares an address to come see her. However, on the other side, we see that it is a woman from Youri’s group, and it appears to be their plan to trap Lino in something unpleasant. When he reaches the place she mentions before, he finds Marco hidden there and they start fighting right away. Meanwhile, Moss (Pascale Arbillot) from the police finds out that he is in this barn and sends the forces and Julia to catch him. By the time Julia reaches there, Lino already takes Marco back to the police headquarters.

Over there, he learns that Marco is a free man because of Moss and others, who wanted him to stay alive. Lino finds it hard to digest that his brother’s murderer is getting a ticket out of jail. Moss explains their connection with the head of narcotics – Alexander Resz, who wanted to use Lino to settle his score. Moss needs both Marco and Areski alive, to convict Resz of his wrongdoings. While Lino goes out for a smoke to process this news, Youri and his people (who work for Resz) reach the headquarters to get hold of Marco.

Right when they were leaving with him, Lino throws a bomb and starts fighting with them. While he manages to snatch Marco away, he now becomes a fugitive from Resz’s people as well as the police force. On his way out, he calls Alvaro to inform him about Marco’s capture and asks him to meet to hand him (Marco) over. The police are still on the lookout for Lino and when Julia follows him, she gets caught in an accident. While he thinks to stay back to help her, the other police cars make him keep running.

Later, Lino and Alvaro meet at the border where he hands Marco over, hoping to get him convicted. He receives a call from Stella (with whom he is now in a relationship) to follow his way. She says that she trusts him, unlike Areski. While Alvaro drives away in another direction, the police find Lino’s car and once again, start following him. In the end, Julia catches him, and he then learns that a checking spot is created, not by the police, but by Resz’s people. They try to stop Alvaro, but he drives his decoy vehicle past them. Despite their differences, Lino and Julia team up to fulfil their mission together.

On the way, Marco warns Alvaro about Resz’s people, who would kill every one of them. Handing him over can save them. Their vehicles follow his van and amidst them, Julia finds a way ahead to follow him. Meanwhile, Lino drives past all of them and destroys every single one of their cars with his recently developed blades. One of the cars is hit so badly that it flies into the air in destruction. While that happens, Julia manages to hit Alvaro’s van to the degree that the car loses its balance and starts rolling on the side. Marco comes out of the vehicle, and she takes him in his car, to drive him back safely.

Lino follows her car, trying to get hold of Marco from her. However, his invention of superior blades backfires on him, leaving his vehicle destructed. Seeing that, Julia stops driving and decides to go there to help him. By that time, other police officers arrive at the scene and arrest him. That’s when Youri and others catch them off guard and start firing at them. During their back-and-forth firing, Alvaro reaches the spot and shoots Youri dead. While that happens, Marco starts driving away in a police car handcuffed Lino in the back seat. 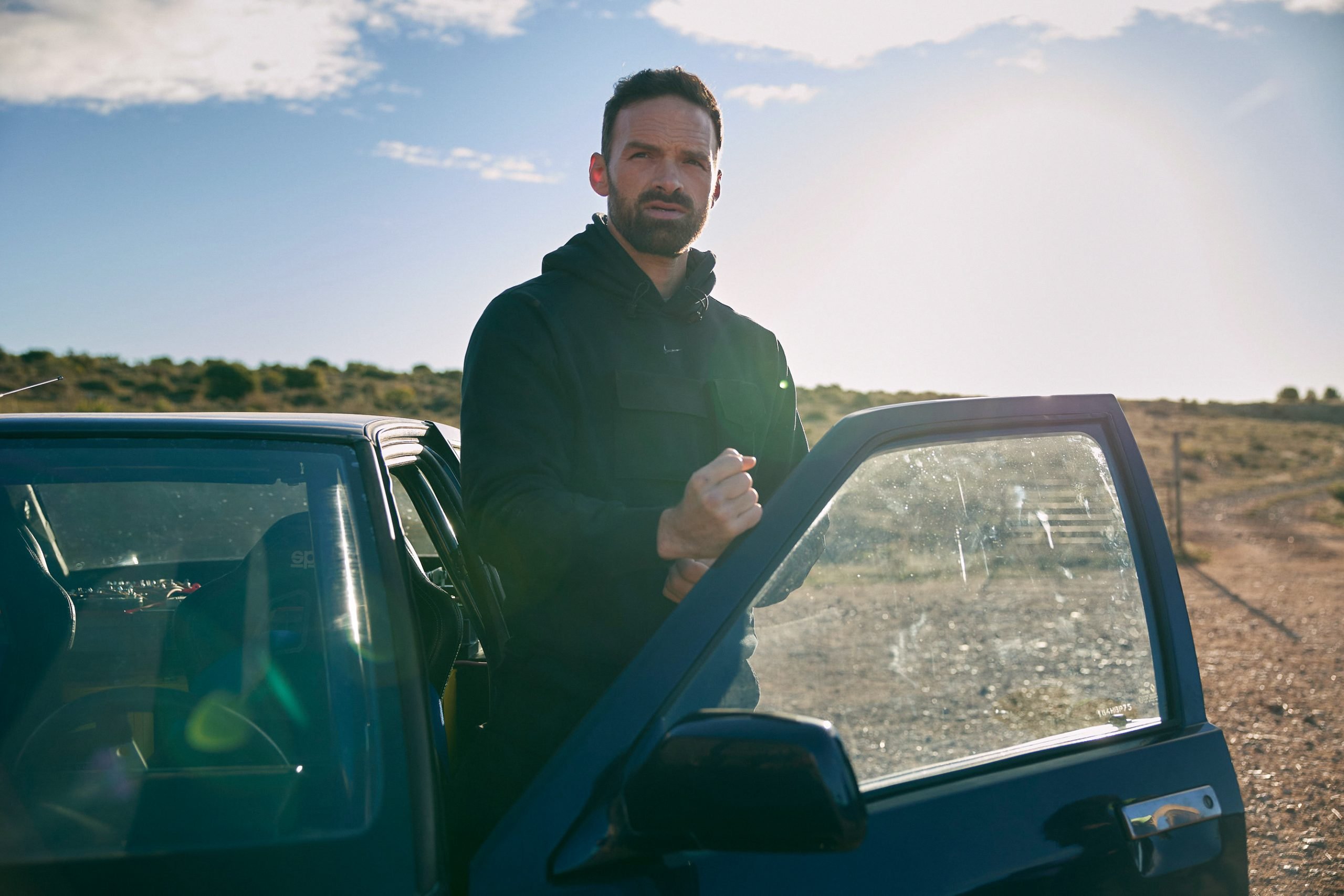 A gripping action thriller backed by its impressive production design

Released in 2020, Lost Bullet is a sensational French action thriller that showcased skillful action sequences that will keep you hooked to the screen. The sequel – ‘Lost Bullet 2: Back for More’ achieves the same with finesse and creates a consistently engaging, and riveting film. Both films showcase their characters treading the line between good and bad. While it does not divulge philosophical ruminations about morality, it certainly presents the dilemmas for its characters that make them consistently switch sides based on their shifting perception of what is right and what is wrong.

The emotional investment in the stakes of their lives is due to the same turmoil, where personal & professional relationships often intersect to create a mess for themselves. The path out of it is just as messy and complicated where they struggle to keep their bonds sacred. While the previous film depended largely on the bonding between Lino and his brother – Quentin, the new film focuses on Lino’s relationship with Julia. They look out for one another and respect each other’s motives for their actions, even if they are impulsive and reckless at times. Their mutual understanding shapes the majority of this film’s emotional quotient.

And while, at the end of the day, Lost Bullet 2 is meant to be an action film with thrilling car sequences to induce an adrenaline rush, it manages to scratch beneath the surface and presents a rewarding experience. For its 100 minutes duration, the film is interested to make you root for Lino, Julia or Alvaro as much as it is to showcase its technical prowess. The exceptional production design by Delphine Richon and the great eye of cinematographer Morgan S. Dalibert and his team, help in building stunning shot sequences that are absolutely swoon-worthy for anyone who relishes such pulsating excitement.

Does Lino get revenge on his brother’s murderer?

Throughout their ride, Lino makes every effort to stop his brother’s murderer – Marco from driving. As a result, he ends up hitting the car on a tree. By the time Julia reaches this car, both Lino and Marco escape it. Lino pulls the unconscious Marco all the way to a nearby store and tells the owner to call the police. She rushes in to do so, and while he feels that he has finally won, Marco stabs him in his back with a knife. When Lino turns around, he stabs him repeatedly in his stomach. While he tries attacking the shop owner, Julia reaches the spot, hoping to arrest him. However, after seeing wounded Lino, she starts fighting with him.

After a point, she goes into self-defense mode and fires right into his chest. She realizes then that she should not have shot him dead, and this action would probably cost her, her career. While she calls Victoria for assistance, Lino stands up and shoots Marco right in his chest. After saying a final goodbye to him, she is taken to the headquarters and is told that Lino would be considered responsible for Marco’s murder, and not her. She feels betrayed by the police force and their way of handling these matters and quits her job.

Where is Lino’s mentor’s murderer?

Later, the car that belonged to Lino’s mentor – Charas, and then to Lino is taken away to be scrapped in a scrapyard. Before doing so, a man takes away all the things present inside and walks away. Soon after, Areski shows up there on his bike and takes the box away from him, and pays a big price for it. He leaves the man with his bike and drives away with his newly purchased van from him. While revenge for his brother’s murder ended in a bloodbath, Lino still has not taken revenge for Caras’s murder. If he is alive, he would keep on a lookout for Areski and if not, Julia would dedicatedly do the deed for him.

Everything Related to Lost Bullet Series:

‘Lost Bullet 2’ Netflix: Everything We Know Including Release Date, Trailer, Plot, And The Cast

Where to watch Lost Bullet 2