Nightmare Alley Movie Ending Explained & Themes Analyzed: As Stan talks to Molly about running away and starting a new life, he tells the biggest lie of them all. It is not even about what he says; for a moment, he is lured into believing it. Not by choice, but by nature. Can heartbreak be any more macabre and stark than that? Probably not. ‘Nightmare Alley’ might just be Guillermo del Toro’s most polished and personal film to date. Not by reason of what we see, but because of what we don’t in his process. His meticulous detailing and universe building is a complete markup from scratch. The culmination of things like photography, costume design, and set design gives a majestic feel to the cinematic world. ‘Nightmare Alley’ stars Bradley Cooper as Stan, Rooney Mara as Molly, Cate Blanchett as Lillith, with names like Toni Collette (Zeena) and Richard Jenkins (Ezra) completing the ensemble.

The adaptation of a genre classic is always a difficult follow-up. Especially when it is film noir. Think of how many of these you have seen recently. More so, well made. The job becomes harder when the task is to make a thing of the past relevant through today’s lens. The contemporization of themes might not be as apparent but is fleeting in the form of quiet moments and fierce set pieces. Toro uses symbolism to bring out the doomed fate of his characters. His narrative gradually becomes a carnival of deceptions and sleighs, of desire and desperation. Astute showmanship masks broken hearts and lost souls. Their insecurities and deeply buried tragedies surface momentarily at first, only to grow stronger as time passes.

We decided to write an analysis about the film, explaining some opaque plot points but more significantly, trying to understand this modern masterpiece. Happy reading!

The plot starts and ends with Stan Carlisle’s rise and downfall as a premier mentalist in the 1940s in Buffalo, NY. At the start, he eagerly takes up a job as a “carny” (someone who worked at traveling carnivals) after leaving his past life behind. There, he forms strong bonds with fellow performers, chiefly, with Molly. He learns the art of mentalism from a yesteryear genius (with a specific caveat, which he ignores) and inadvertently kills him. Stan proves himself in a pressure situation when a police officer threatens to close down the show. His wit saves the day, and Molly and Stan decide to run together to create a special show in the big city. 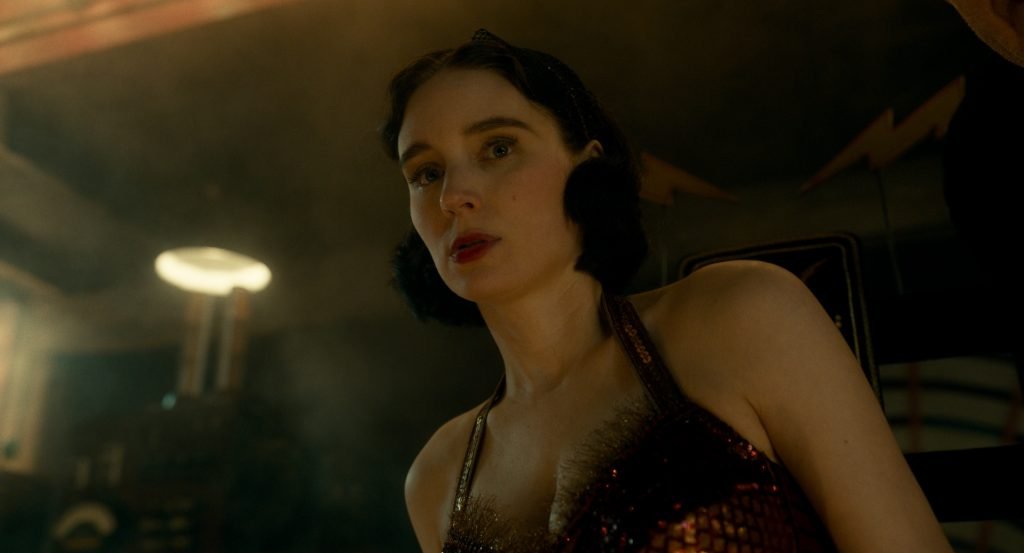 Two years hence, they are successful performers at a high-end lair for the desperate and rich. During his act, he encounters Dr. Lillith, who calls him out as a gimmick but Stan smartly shoots her down. He meets her after, along with her, Judge Kimball, who requests him to conduct a seance for his dead son. It is here that he makes a dangerous choice; a decision that permanently defines his life and fate.

DOES STAN INTENTIONALLY KILL HIS FATHER AND PETE?

During a session with Dr. Lillith, Stan mentions Pete and mistakenly giving him wood alcohol. When she presses him for an answer, he abruptly gets up from the sofa. The former draws a conclusion that Stan has a problem with older men of his father’s age. His deep-seated hatred for his father, which is mostly well hidden for most parts, unravels like a nightmare in the end. In the determinative flashback, when we finally Stan for who he is. His cruelty for his ailing father spills out in the scene. One suspicion that it confirms is that Stan did kill his father. The opening scene wherein he burns his body with the house is symbolic in the sense that he has rid himself of his former life.

As for Pete, the pointers indicate that he purposely killed him. Reference must be made to a previous scene between him and Clem where the latter clearly explains to Stan the positioning of the different kinds of alcohol on the shelf and their dangerous interchangeability. He knew exactly which bottle he had to take for Pete to lay his hands on Pete’s book.

WHY DOES LILLITH DECEIVE AND BETRAY STAN?

This was probably the most interesting mystery of the film. It rests at the core of ‘Nightmare Alley’s burning and consuming desire. The betrayal was unexpected given how Lillith threw herself on Stan before the reveal. During that scene, Lillith does not give a clear answer to Stan’s “why” but a lot can be drawn from the response. Firstly, Lillith felt insulted when Stan took her down after she questioned him. Given her own flammable personality, she deemed it appropriate to redeem her lost pride by taking away Stan’s. This was her way of getting back at him. The two characters aren’t too dissimilar in terms of personalities, in hindsight. 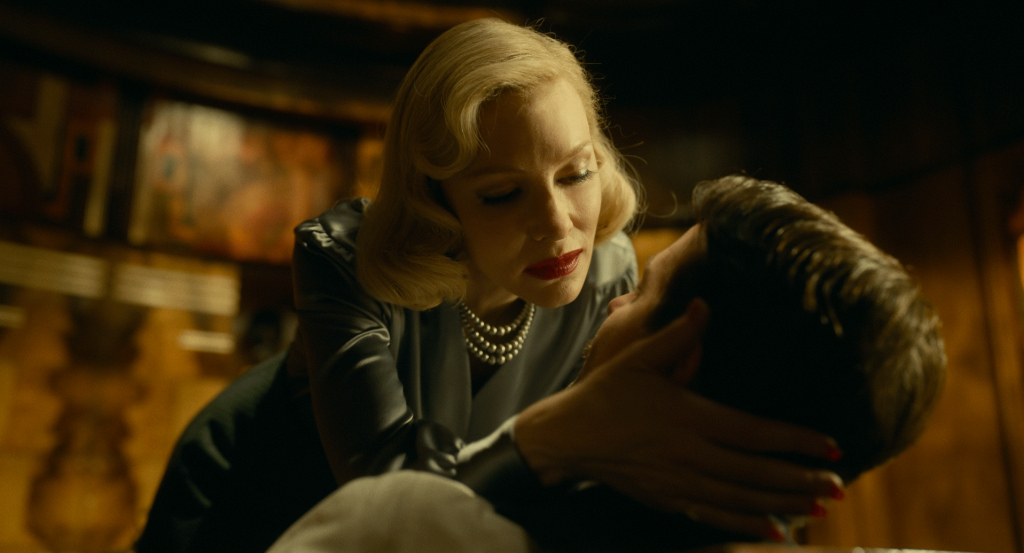 Secondly, undertones of social status also motivated her actions. Lillith specifically mentions the words “class”, “someone like you”, “could get someone like me so easily”. Connecting the dots points towards a possible bias that the rich had against the poor, or people who had been poor, in those times. The former was deemed to be “classy”, as Lillith puts it; the latter, classless. This episode harkened me back to ‘Squid Games‘, and how that television show captured a rare emotion hardly ever presented on screen. So maybe, to understand part of Lillith’s motivations, think of it from this perspective.

ESCAPING THE SHADOW OF ONESELF

Stan thought burning his past would rid himself of it. Nost just aspects of life around him, but of himself. This fallacy proves to be his downfall. Nightmare Alley’s most significant theme is the very fallacy that many characters in cinema live out. Although optically stunted throughout, it takes the centerstage with Lillith’s introduction and her probe into Stan’s life. Remember how she gets stuck on the word “never”? How does Stan use it when referring to himself and the habits that his father had? In layman jargon, the term “daddy issues” suffices. But in del Toro’s vividly complex and intricate world, it plays out like a nightmare.

del Toro was emotional when talking about discovering himself in the production process in the context of the chats he had with Bradley Cooper. With timely modifications to the structure of the film, he walked the talk. Even this particular thread remains under the radar until the pair moves to the big city. When Stan confesses his ‘love’ to Molly, at that moment, he sells himself a lie. A facade, he feels, he is strong enough to keep. But as it turns out, not for long. His own, real self catches him up soon enough. The greed, clutching him like a vile tempest sinks its claws deep, making him oblivious to the thing he once mistook for love. He might have even fallen in love for a while there. The truth of it remains with Stan and your personal engagement with him. 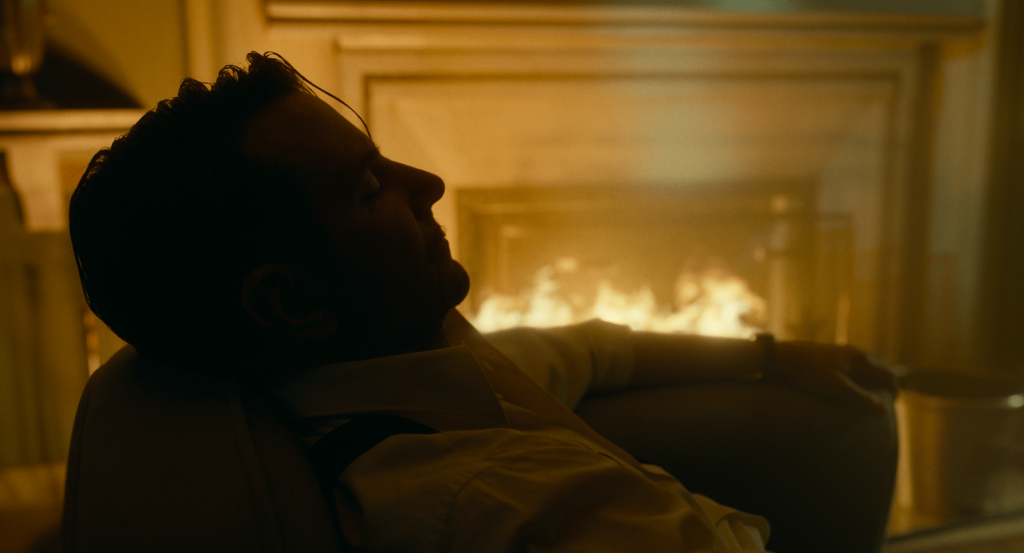 Toro stages the two consciousness of his universe right against each other, face to face. Molly, the gentle kindness. Stan, the nightmare. Molly is everything that Stan professes to be, but can’t hold on to. The lure of money chases his apparent goodness. The temptations finally best him to draw him back to the darkness. This stark contrast is a compelling setup as is but hugely benefits from Rooney Mara and Bradley Cooper’s stunning performances. On this tangent, Toro also expertly commoditizes the facetious nature of choice. The noir where all characters are doomed, either with optimism or with destiny, is integral to this ploy.

DESIRE AND DESPERATION: A FATALISTC MIX

When Stan tiptoes to retrieve a bottle for Stan, he sees Clem partying with women. The camera briefly stops but does so with immense conviction and consideration for Stan’s character. He then takes the bottle to Pete and while he is asleep, lays his hands on Pete’s secret book. These two incidents stand out to crystallize Stan’s desire for a big future, despite him not letting other carnies catch up on this. He reimagines himself in the future that will be nothing like his past or present. He sells himself on that dream so singularly that he is blindsided by reality. Despite doing well for himself, having Molly’s love and warmth, Stan can’t help but take the bait that life offers him in the form of Judge Kimball. This is where the facetious nature of choice pulls the strings.

He tells Molly he will refuse to meet Kimball. He feels he has a choice. But does he really? For characters like Stan, is there anything that would nearly be enough? This insatiable desire triggers a collapse of his world on itself, taking everything in its length and breadth from him. He is left to be just another geek, like at the start of the film.

The ending of the original was different, a little more wholesome and comforting than the 2021 version. Stan, after being conned by Lillith, gives the money to Molly, who returns to the carnival and then clams him down when he comes to the carnival as an alcoholic. In Toro’s version, the ending is similar albeit without Molly or any hope of redemption for Stan. Toro’s creative choice does justice to his interpretation of the literary origins of this story. It is in line with Stan’s character arc and in some ways, a defeat of a worldview that is centered around money rather than love.