Pasolini is the “new” film directed by Abel Ferrara about the last day and a half of controversial Italian filmmaker (and author and poet and playwright and journalist and lyricist) Pier Paolo Pasolini before he was mysteriously murdered. It was released in various countries and festivals throughout 2014 and 2015, one festival in my hometown is where I first watched it, and shortly after I bought it on Blu-Ray from Britain. But it has only just received its American release earlier this month, four years later, certainly making it not the first Abel Ferrara film to take this long to reach US cinemas.

But for whenever it was released, Pasolini is clearly a film made by those who adored him and a film designed to celebrate and promote more interest in this icon. It dives intimately in his creative process, how the political and social state of mid-‘70s Rome inspired his vision, not only in his filmmaking, but his storytelling, his authorship, and his sensible (therefore radical) socio-political views.

Willem Dafoe is a shoe-in for playing the man himself, not just because he’s the spitting image, but he conveys a similar restrained tension, the kind of inner violent rage that Pasolini would externalize calmly in person. This wasn’t the only time Dafoe played a tumultuously minded, yet wholly approachable artist who experienced an unexplained death that may have been due to a shocking act of random cruelty in a biopic that clearly shows the circumstances of this death as well as his last days where he spends them ruminating deeply on his art and where his complex influences emerge from: he took some of his skills from this film to his Oscar-nominated performance as Vincent van Gogh in the biopic At Eternity’s Gate, though with Pasolini, he is more head-strong, more mannered, and more disciplined and less chaotic in a day-to-day domestic life. 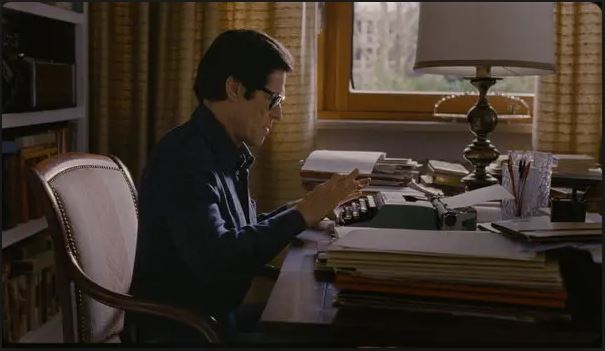 In both films, Willem Dafoe does seem to come across as Willem Dafoe, as he doesn’t quite envelop himself into these real-life characters to the point where this actor becomes unrecognizable, but more importantly, he embodies the ideas and how they are presented through these characters. With Pasolini – he’s rather precise in his words and his enunciation, whether in interviews, his dictating of his stories or the very small conversations he shares as if he has total conviction in his ideas.

As terrific as Maurizio Braucci’s script is, it should be noted that a great deal of the film is taken from Pasolini’s last written works – an unfinished novel and an unfinished script, not to mention the interview scenes that condense down his philosophies on the relation between art and politics. Not to take away from Braucci’s efficient and summed-up rendering of what the impassioned, intellectual, and ferociously opinionated Pasolini was as a man, at 53 years old, just before his unexpected demise.

And what we see here of Pasolini’s unfinished works show how deeply Ferrara was affected by him. He enters his mind as he types up a story of a man telling a story, with this fictional character describing the methods he uses for generating such a story – this links not only this character to Pasolini but Pasolini to Ferrara. 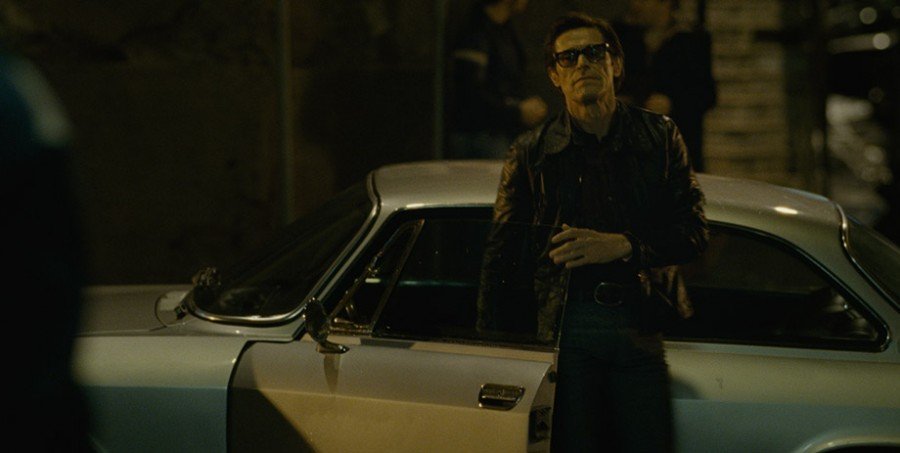 Ferrara committed as closely as he could with realizing Pasolini’s life and even cheekily cast Ninetto Davelli as Eduardo De Filippo, acting alongside himself as a character (and Daveli’s purely Italian performance pays off). Dafoe even wore the same clothes Pasolini had worn and was given a necklace by Pasolini’s son, which also makes an appearance.

Some may be disappointed with such a biopic that at times doesn’t feature Pasolini, or doesn’t spend much time showing his active lifestyle – given the limitation of portraying on his last forty fours alive, there are no scenes of him on a film set, in a political rally, or even the time he spent in jail. But this unique biopic makes the case that it’s as important to see his work, rendered for the cinema, as it is to see his oftentimes humble daily life – and this humble life that is shown to be so cruelly and so unnecessarily cut short, for a man who clearly had many plans for his future.