Alfred Hitchcock’s Vertigo (1958) is now considered the greatest film of all time according to the critics that voted in the British Film Institute’s 2012 Sight & Sound poll. The survey, which is compiled once a decade, saw Hitchcock bumping Orson Welles’ Citizen Kane, which had held the spot for 50 years. But leaving aside this ranking, what is more surprising is the fact that Vertigo was a critical dud at the time it released in 1958, and didn’t fare well according to the standards of a major Hitchcock film at all. This critical reading of the film that has touted it to be one of the greats, therefore, speaks volumes about the role of film criticism that comes along with the ages.

The understanding of a narrative film depends upon a variety of factors that influence criticism and further interpretation. In this case, the contribution of film criticism that has placed the films of Hitchcock, especially Vertigo (1958), cannot be provided without stating the influence of film theorist Raymond Bellour. We can start by regarding the highly influential analysis of Balzac’s novella Sarrasine in S/Z, where deconstructionist Roland Barthes had developed a “poetics” of narrative; that is, he sought to describe the structure and form taken by narratives, or narrative kinds, in general. He characterized narrative form in terms of the relationship between codes that were sequential in nature and propelled the narrative forward, along with codes that were static or reversible that signaled alternative narrative possibilities or meanings.

In a similar strain, Bellour largely embraced Barthes theory of narrative and adapted Barthes method of narrative segmentation and close analysis. Indeed, with some justice, he could be called the Roland Barthes of film studies. The long-delayed translation of Raymond Bellour’s seminal work ‘The Analysis of Film’, edited by Constance Penley is not just a seminal work in Hitchcock studies but a testament to the standards of excellence in film criticism.

If one begins with the initial response towards Vertigo (1958), the inclination towards the formal aspects of narrative action and suspense thriller are majorly dissed, with direct jabs at the impossibility of such a mystery to hold water and the long first half. But consecutively, after the film was restored in 1983, two years after Hitchcock’s death, significant changes were observed, where a certain number of writers were beginning to realize that beneath the entertaining and well-crafted surfaces of Hitchcock’s films were hidden layers of meaning just waiting to be explored. 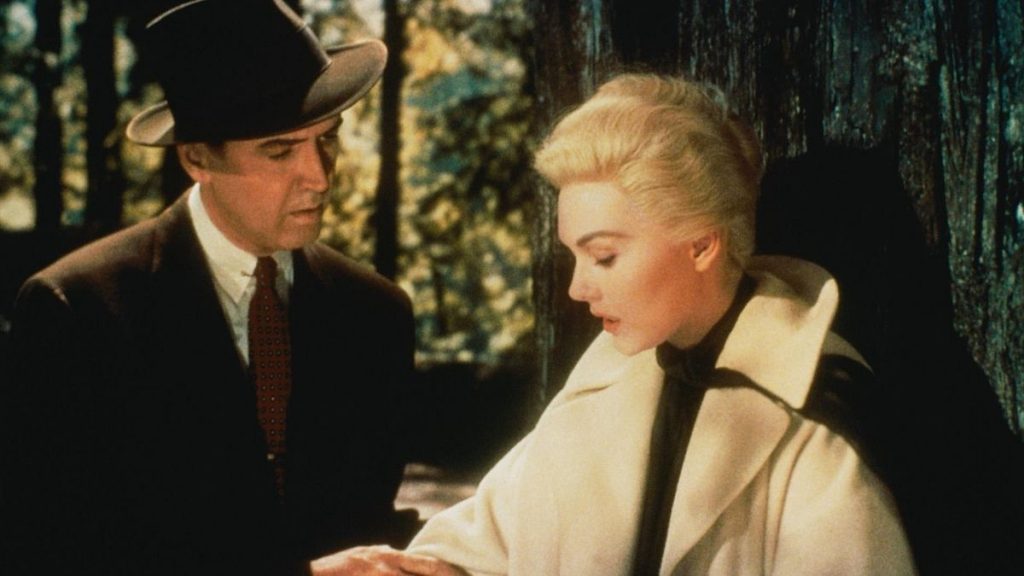 In the case of Vertigo, this realization occurred by undermining the role of the romance narrative in maintaining gender subordination. Critics were inclined to play that role effectively so that the moral surface of human relationships must remain intact and the formation of the couple must be achieved.

Unlike conventional mystery-thrillers, which tend to lose their impact once a single viewing has unmasked their secrets, Vertigo (1958) does not even begin to reveal its depths once the mystery is solved, which is one reason why Hitchcock was able to get away with revealing the key to the murder plot well before the film is over.

To begin with the titular fear of heights, John “Scottie” Ferguson’s acrophobia would be little more than a plot device that makes him a victim, both of the gods for afflicting him with this dysfunction, and of Gavin Elster (played by Tom Helmore), who exploits it on the way to committing the perfect crime. As a phobia, on the other hand, Scottie’s dysfunction also implies a psychotic obsession with death that turns him, like Elster, into a victimizer because of how he manipulates women (both Madeleine and Midge, played by Kim Novak, in my reading) as a way of dealing with it.

Bellour was the one who painstakingly examined the film to show how Hitchcock strategically “blocked” the mystery elements to invest in the symbolic code rather than the hermeneutic code, unlike his other films. Notice the shift in which we are initially concerned as to whether accused murderess Maddalena (an Italian version of the name Madeleine) Paradine (Alida Valli) is guilty and whether her lawyer (Gregory Peck) will get her off, and then we soon become more interested in how the lawyer’s obsession with a woman from the darkness ultimately leads to her destruction. 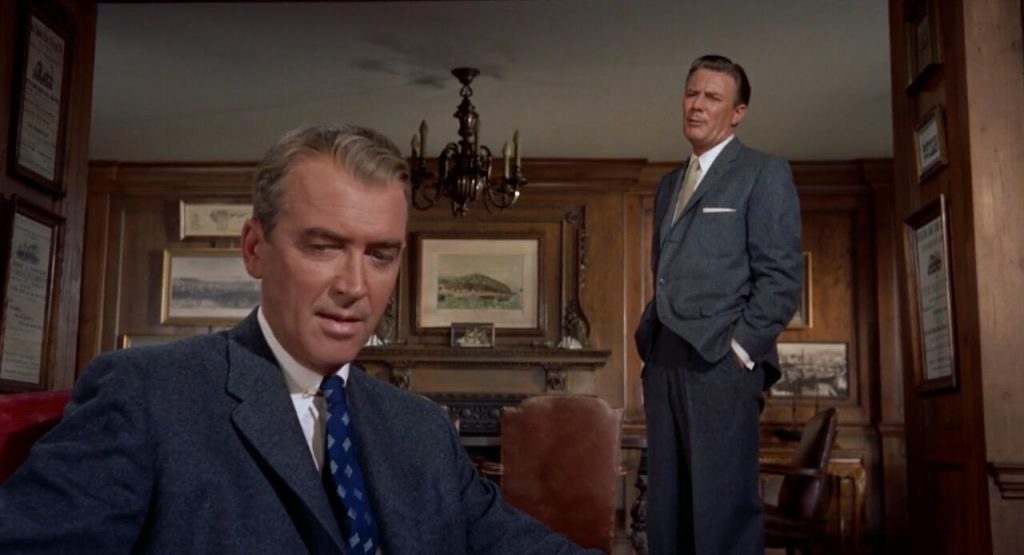 The woman, drained of her life by being transformed into a voyeuristic, fetishized object, in effect becomes the sacrificial victim murdered by the gaze of the patriarchal male obsessed with controlling and conquering death. Hitchcock turned Vertigo into an acidic commentary on the sexual politics of the 1950s, which dictated that a woman should do whatever it took to land and hold on to a man, for the woman blindly follows that course and, in doing so, gradually self-destructs before our eyes.

It has to be understood that Hitchcock worked within a popular genre – the mystery-thriller – into which the director infused both dialectical and open-ended structures that invite, even urge, audiences to play an active role in the creative process. In Vertigo (1958), especially, Hitchcock makes his viewers complicit, not just as parallel voyeurs but also, as indulgent in Scottie’s need to see the face of death without dying.

Even though to an extent, we identify with Scottie’s horror at watching three deaths (the uniformed police officer, Madeleine, and Judy), the other part of us takes pleasure, via Hitchcock’s subjective camera, in having cheated death by watching it happen to a sacrificial victim, which in one sense is the essence of tragedy. Here lies the essence of patriarchal culture’s politics of control and domination that this victim that is always identified as ‘the other,’ most often a woman.

This critical refashioning of Vertigo (1958) is an important example in constituting film criticism as a significant tool in understanding Cinema, where the formal proclamation of a necessary standpoint in cinematic analysis no longer holds value. This finds an apt conclusion in Kim Novak’s subtle realization of Hitchcock’s mastery: “Hitch would write some scenes that I didn’t quite understand: I didn’t understand how they got from A to B, or C to D. And I asked him, and he said, “No, no. In a mystery, you never want to reveal exactly how you arrived at something .” And I said, “Yes, but there’s a scene that bothers me. It doesn’t make sense.” And he said, “That’s the point, my dear, that’s the point “.”

If You Enjoyed Reading About Vertigo (1958), Please Read:

1. Hitchcock And His Emotional Minefield
2. Lookback at Hitchcock: Marnie (1964)